The third game in this series is now available! If you enjoy raging with your friends, this may be the game for you!

Hello everyone! My name is Jason, and this is Game Of Pure Rage: Another Part! This is the 3rd game in this series, and it has improved a LOT since the previous game! Many improvements include more co-operative based multiplayer, more levels, and overall higher quality graphics. This is my first commercial game, and you can buy it on itch.io from the button below!


If you do not know what GOPR is, allow me to explain...

Game Of Pure Rage (GOPR for short), was initially created as a minimalistic test on the Game Maker engine. Originally, there was a white blank background, a red square (as a player), black walls, and red walls that reset the player to it's start position. After many changes and a LOT of tweaking, I managed to create Game Of Pure Rage! The first GOPR had 25 levels, an awesome soundtrack, and a few "easter eggs", all playable in two-player same computer co-op if the player had a friend with him. The first Game Of Pure Rage can be downloaded for free at this link here: GAME OF PURE RAGE.

After a little while, I decided to make Game Of Pure Rage: The Next Part. I called it "The Next Part" instead of GOPR 2 because I wanted the titles of this series to be as basic as the game itself. In this new version of the game, there are 20 EXTREMELY rage-inducing levels, a new soundtrack by a new artist, and all of it is playable with 4 friends on the same computer! There are two versions of this game, an HTML version that you can play online on any browser with Flash Player installed, or as a downloadable file for Windows. Game Of Pure Rage : The Next Part can be played online or downloaded for free at this link here: GOPR : THE NEXT PART.

Finally, there comes this game. The difficulty of this game starts where the first game started, but ends up far more difficult than the previous installments. This game is 4-player same computer co-op, and has 30 levels! There is also a new puzzle element to the game that will only increase the difficulty for the player, as well as encourage teamwork in the game. Here are a few screenshots... 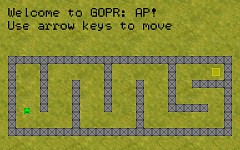 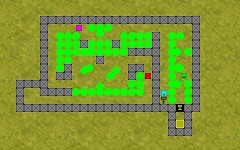 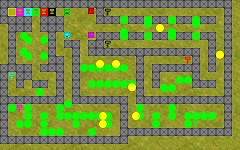 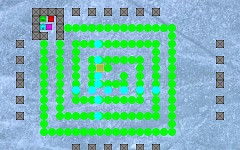 This series has come a long way, which is why I decided that this would be a proper game to be my first commercial game! The game can be purchased for just $0.99! I hope you do support the game, and stick to me for my future games! Thanks for reading, and have an amazing day/night! <3