Game Maker, once only available for Windows users, is now available in the App Store on Apple Macs.

With the recent Software Update, Apple have recently released the App store for all iMac and Macbook users. Providing Apple users with many new and almost undiscovered applications, the App store allows easy access and instillation to these programs. This is big news for program designers and game developers as all Mac users have access to this App Store, potentially giving companies a substancial rise in sales in their Mac-based products.
Already, game designers have started putting their projects for sale up on the App Store such as the legendary Lugaru HD from Wolfire. Along with the game applications, engines have also started to crop up such as Game Maker. This is a big leap for Game Maker as they've only recently been available to Mac users. 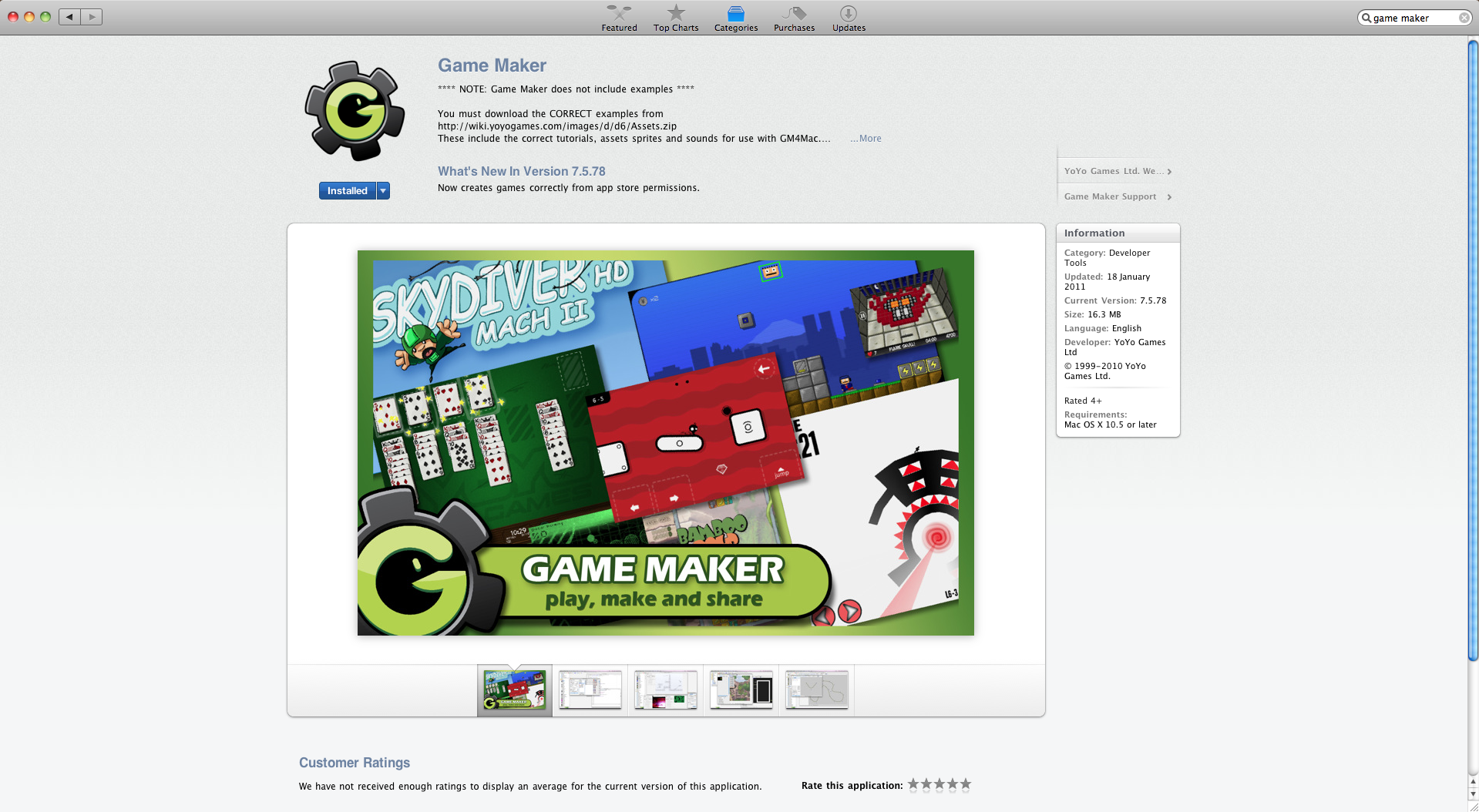 This now offers Game Maker developers another audience to showcase their projects to, not just windows users. I'm also hoping that this wise move will allow a larger sum of inexperienced game developers to learn and develop their knowledge in game design in order to progress their skills further, with Game Maker being easy and simple to use. 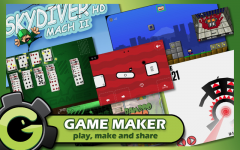 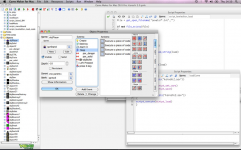 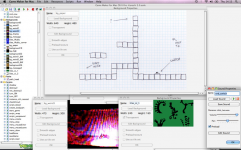 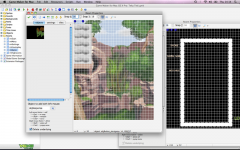 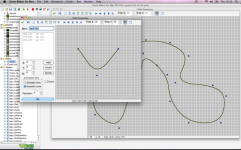 Download your copy of Game Maker for Apple Mac here.

Back in the day, I always was afraid people would not take me seriously if I used Game Maker as a tool for game development, so I jumped in deep and started coding and I am developing my own tools now. So thanks Game Maker!

It's really easy to use yet it's quite expandable through additional scripting. I do think this is an excellent tool for the more casual artists or the beginner in game design so I'm glad to see it's finally getting some attention!

There is no shame in using game kits. It's just some elitist programmers out there will give you **** for not learning a real language-- even then I've not had many programmers give me flak because of I use a gamekit. That said if you're more artistic or game design minded I highly recommend using a game kit because it allows you to really push these elements further than actually programming them would. With that said I'm more a fan of MMF2 over Gamemaker because MMF2 works on so many more platforms, Iphone for example is really something that gives it a cutting edge over gamemaker. However Gamemaker's editor works in MacOS so it does have the advantage there.

Eitherway more competition the better IMO. Definately look into your options to determine the best solution for you, each engine has its own benefits and disadvantages.

Unity3D is also something to look at as it can do 2D games.

Thanks for the advice, though I've been around the scene for about 15 years now. Tried many things and I've reached a point that coding is the next step. Been doing that for 2 years now too.

I haven't used GM in years, not since YoYo took over, but I still have a soft spot for it.

My progression of learning game design started with OHRRPGCE, which I got my first taste of scripting with in HamsterSpeak. After that I began with Game Maker; drag and drop at first, then scripting, and eventually using DLL extensions. It was a fairly painless transition from that to C.

game maker now available to people who don't own a pc.