Some parts of the game I have been working on recently.

I've been having some design problems with the way ships warp around inside star systems for them to reach jumpgates, so I have decided to make some major changes to the way the galaxy is structured and connected together. 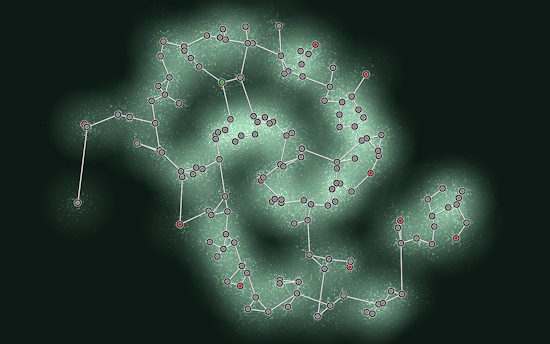 The jumpgates have been moved to inside the planet sectors (there are as many jumpgates as there are links on the galaxy map to the sector), so ships no longer warp around the system to reach a jumpgate sector (like in EVE Online) It is now more like the game X3 where you can see all ships and where they are travelling to in a single sector.

These changes should make it easier and less complicated to see where all your ships are and the places that need assistance. It will also bring a lot more life to the sectors so they dont feel empty as well as making the maximum galaxy size even larger.

Graphics for the jumpgates are mostly finished although I havn't yet made the visual effects for when ships make a jump. The lights around the outside of the gate shows if the connected sector is friendly, hostile, allied or neutral. 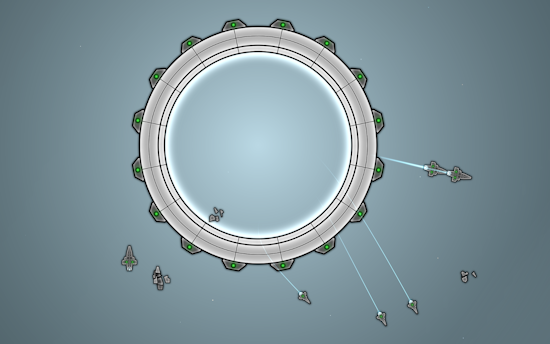 The main menu and loading screens are now working although the title text may change to something a bit better later on. Planning to also add some big randomised ship battles to watch in the background. 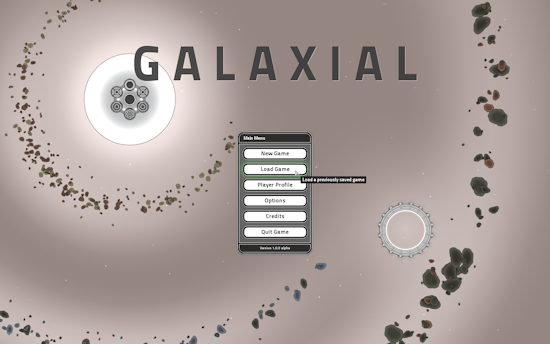 Added a console interface that can execute commands to help with testing, changing global settings, spawning ships/objects or for cheating. 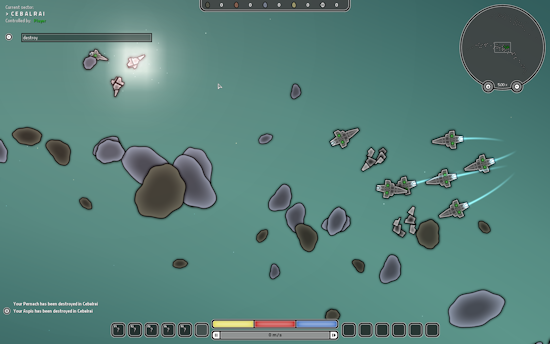 As a huge fan of the X3 series, I like the change in your galaxy's layouts. It should be a lot more simple and engaging with one less layer to worry about. I love the jump gates,the menu, it's all great. Thanks for the update! :)

This all looks so amazing. So keen to play this!

The more i see of your game the more i know you're totally nailing the style. Absolutely love the design, and i hope the gameplay will be as intriguing as well!