Since we get so many repeated questions about the game, we decided to do a short FAQ about Prisonscape.

We get a lot of repeated questions about features and story of Prisonscape, and because of that I decided to do this writeup and a small FAQ about this stuff. From now on, we can just link to this post when people ask about these things, and it's also a good reminder for us about all the features we have promised. ;)

Who are working on the game (alphabetical order): 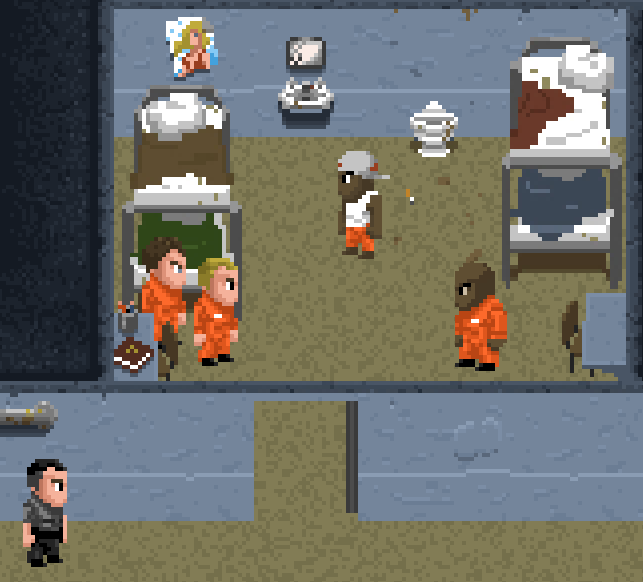 A: Prisonscape is an adventure/RPG game that is taking place in prison. The player needs to survive in this harsh and violent environment. Inside you have to deal with such things as constant assaults, creating and using weapons, interacting with other prisoners and learning the trade inside the jail. The player can develop his character to be, for example, a strong, tough fighter or an intelligent, charismatic manipulator. 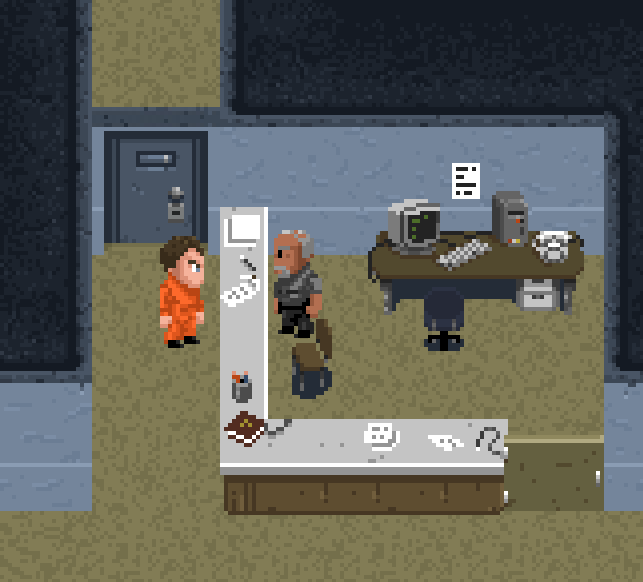 A: Here are some key features of Prisonscape that WE would find interesting in a game:
- Craft makeshift weapons out of the stuff lying around the prison
- Deal and/or use drugs
- Join a gang and start riots
- Gain (and lose) reputation by doing jobs for other inmates/guards
- Solve problems by using your intelligence and/or your muscles
- Study and train inside the prison to become proficient in many of the skills in Prisonscape, including fighting, reading and writing and pickpocketing
- Lose all your stuff in shakedowns or gain benefits and hindrances from various random events in the game
- Snitch to the guards about other inmates to get some nice bonuses such as cigarettes and phone tokens (but don't get caught!)

Q: How far are you in the development? When can I play alpha/beta/final game? 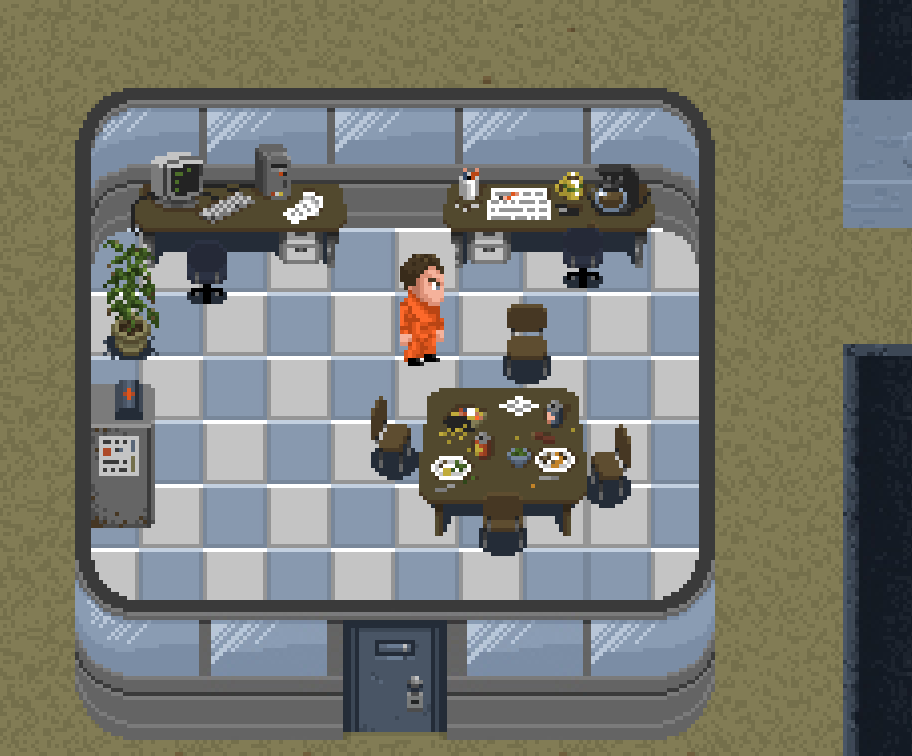 A: We are currently working on a playable demo version of the first of the three chapters in the game. We are doing things in parallel so that Tuomas is coding the engine and the basic features of the game, I (Pekka) am writing the story, jobs (quests), characters, creating battle mechanics and roleplaying elements, David is working on the graphics and Case is doing the soundtrack. Our goal is to have the demo out this year and the final game will be released some time in the next year. We did our first early alpha gameplay video, check it out here.

If you are interested in doing some alpha testing (for free, as we unfortunately can't pay you), send us e-mail.

Q: It's just Chrono Trigger in prison environment! (<- that's not a question)

A: No, it's not. Even though Chrono Trigger has inspired us a lot, PS differs from traditional JRPG's in a way that there are a lot of more elements from old LucasArts/Sierra point'n'click adventure games. Items are not just used as weapons and boosts, and you actually have to make your weapons from the stuff that you collect around the prison. There are puzzles to be solved and there's also a lot of emphasize on dialog and social relations between the player and other inmates and guards. The main story line is quite linear but there are often several ways of achieving things and completing jobs and we also have side stories that the player can complete if he wills.

Q: Is there harsh language and are there politically incorrect words used in the game? 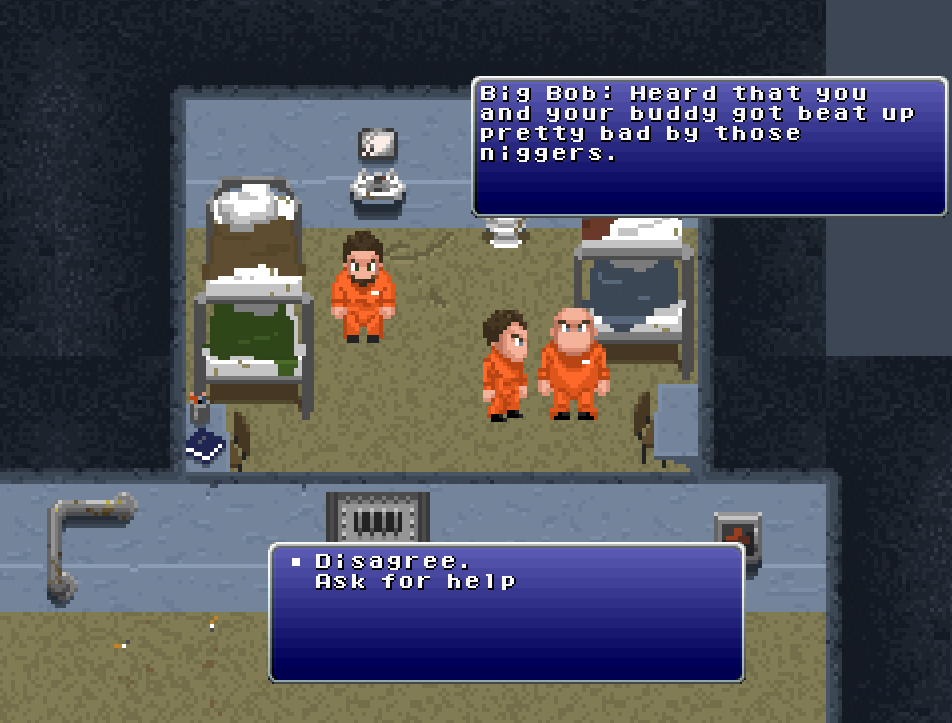 A: Yes. In our opinion it is stupid to make a Disney version of prison game so the language will be pretty close to the stuff you hear on prison documentaries, Oz, etc. So, there will be genuine Paula Deen category foul mouthed buttery shit talk.

Q: Are the graphics/animations final? 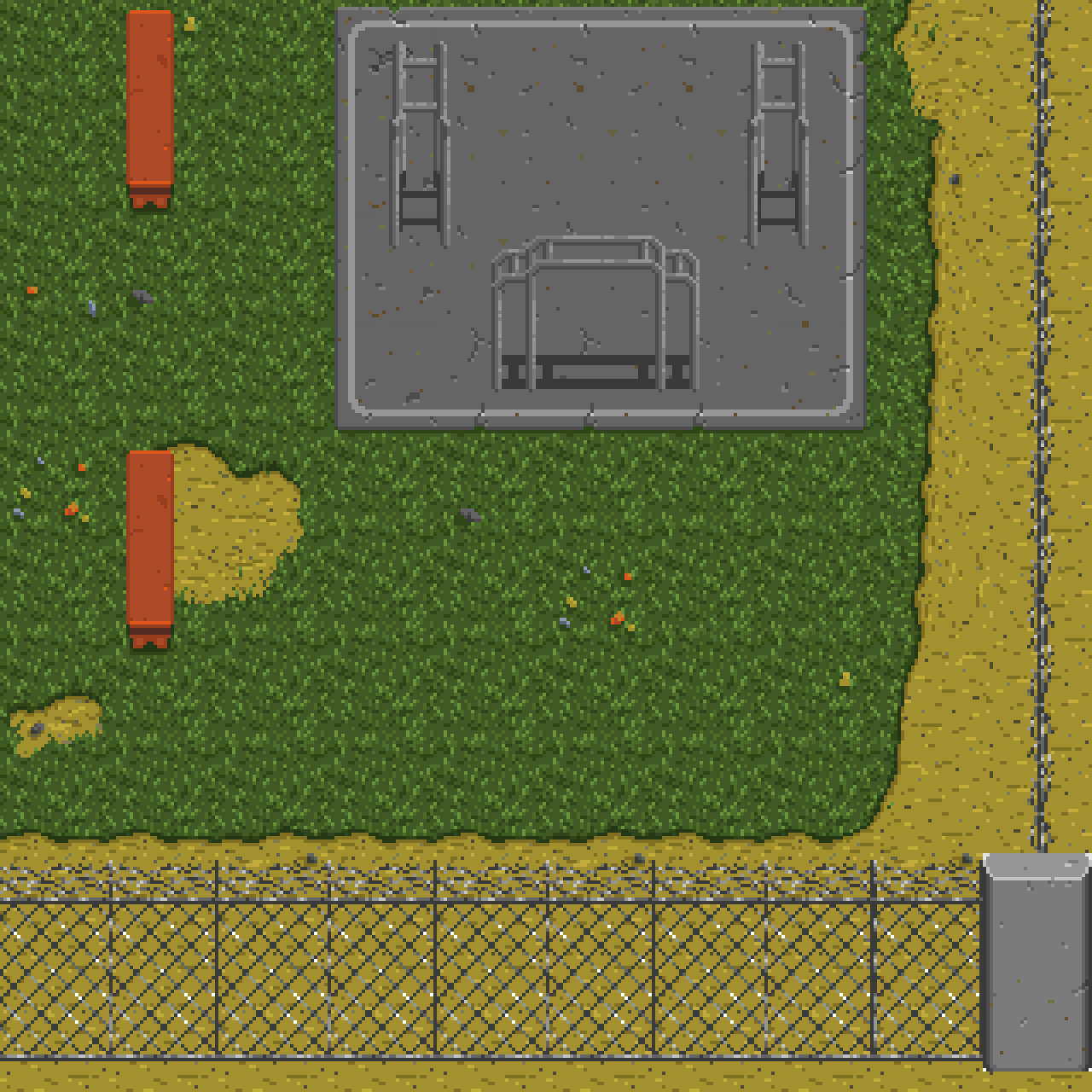 A: No. We will of course do a final polish on the graphics by adding light and shadow, small animations, etc. We will also polish animations by adding more keyframes and timing them better.

Q: Will there be Kickstarter/IndieGogo? 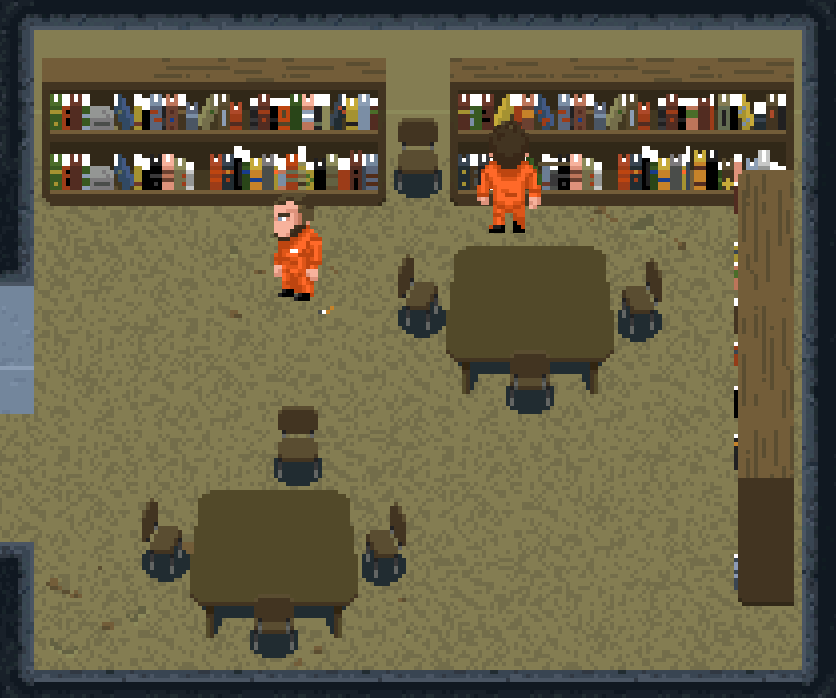 A: Maybe. It all depends on much we are able to fund the project by ourselves. The thing about doing a (succesful) campaign is that then we would be able to add a lot of additional material into the game. This would mostly be more graphics in form of cutscenes and animations. We are not very eager to bring in any new features as they would just delay the release of the actual game. Our original intention was to make three different player character with different ethnicities, jobs and story lines but this would've just been too much work. With succesfully funded campaign we could make these as a free DLC that would be released (long) after the final game. So the additional funding we would get from the campaign would be used for graphics and maybe writing. We both have full time jobs so we don't really need any money for living costs, etc.

Q: Is there rape? Can I play as a trap? Can I sell myself to other inmates? Can you make it female prison?

A: There's rape as part of the story, but the player character is not really involved. No, no and no.

Q: I make 'Let's play' videos in Youtube. Can I make one about Prisonscape?

A: Sure. Send us e-mail or on Twitter and we'll add you to our promo list. We'll send the "press version" as soon we have something concrete on our hands.

Q: Have you had any press coverage?

We should probably tell them that the game will be released in 2014, though...

Glad some things were cleared up then :)

Looks pretty neat, I will wait for the demo to make up my mind.