This news piece contains multiple images showing the new glow maps that are being placed onto all 108 ships in the game, to make them look much more realistic and pretty! Furthermore, it showcases a new explosion FX created by FriendlyFire and some new models/textures done by Arvis Taljik.

A glow map is a second texture placed over the first that resists change in light intensities. Locations where these second textures are most noticable, are areas of low light levels. In these low lighting conditions, you'll see what looks to be like a "glow" being emitted from the model. At FW:ToW, we also believe these glow maps breathe a lot of life into these models and adds that much more detail to the game. And, when dealing with a mod that takes place 95% of the time in space, everything you can do to increase the detail threshold, while not scraficing gameplay, you'll do.

Forutnately, we have a developer who has devoted himself over the next few weeks in glow mapping all our 108 ships, including some of their cockpits. Icewolf has recently posted some images up on this site, but I also wanted to take the time to show you some other ones he did not. He's done a fabulous job so far, and I cannot tell you how thrilled we are to see this work being done. 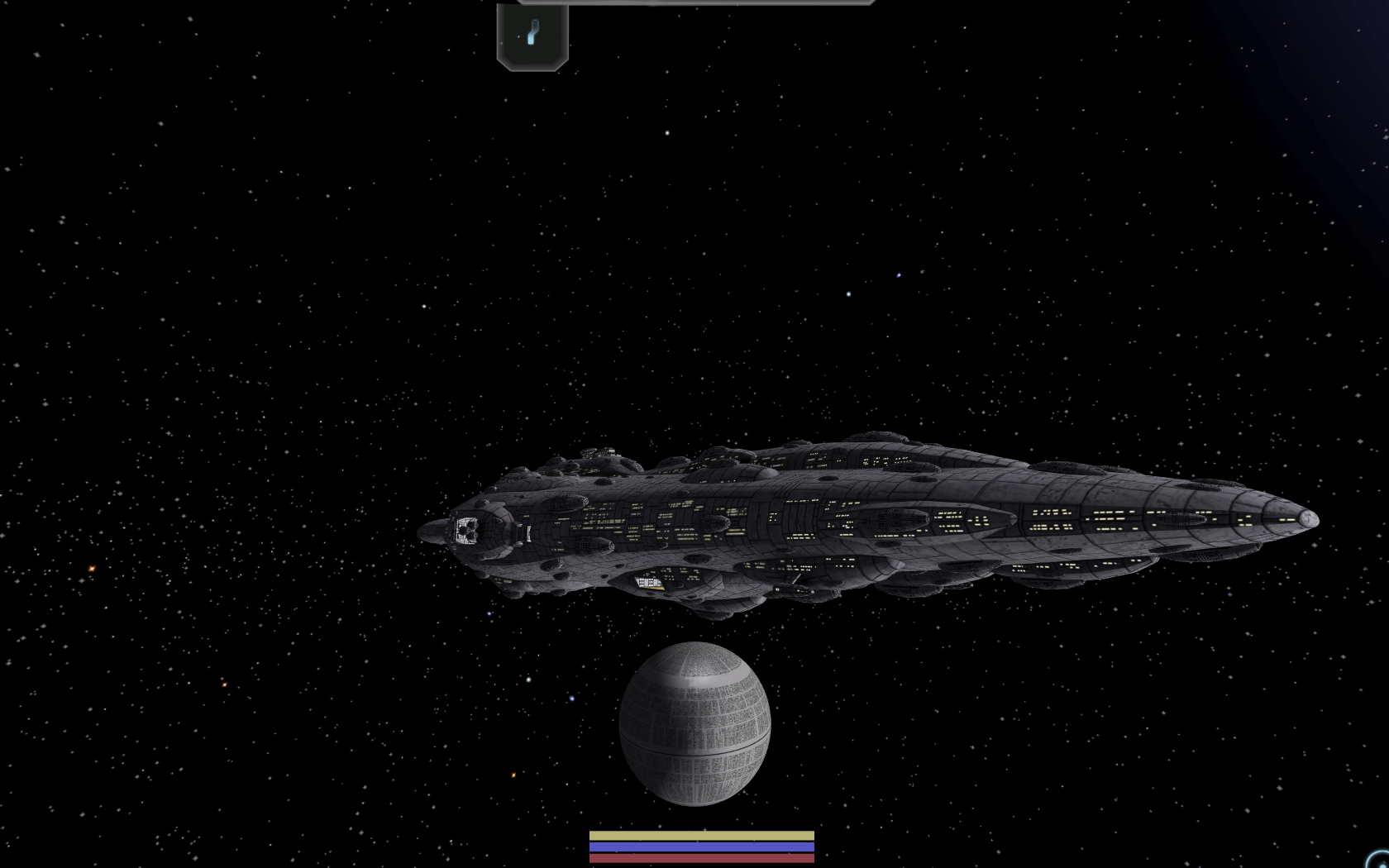 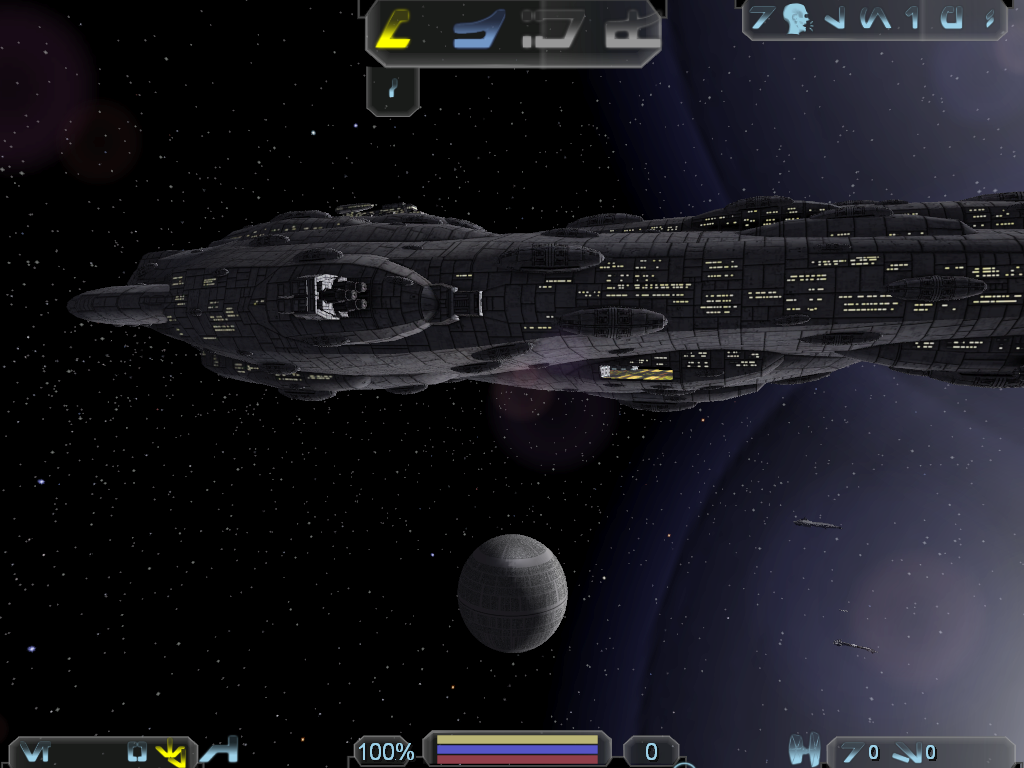 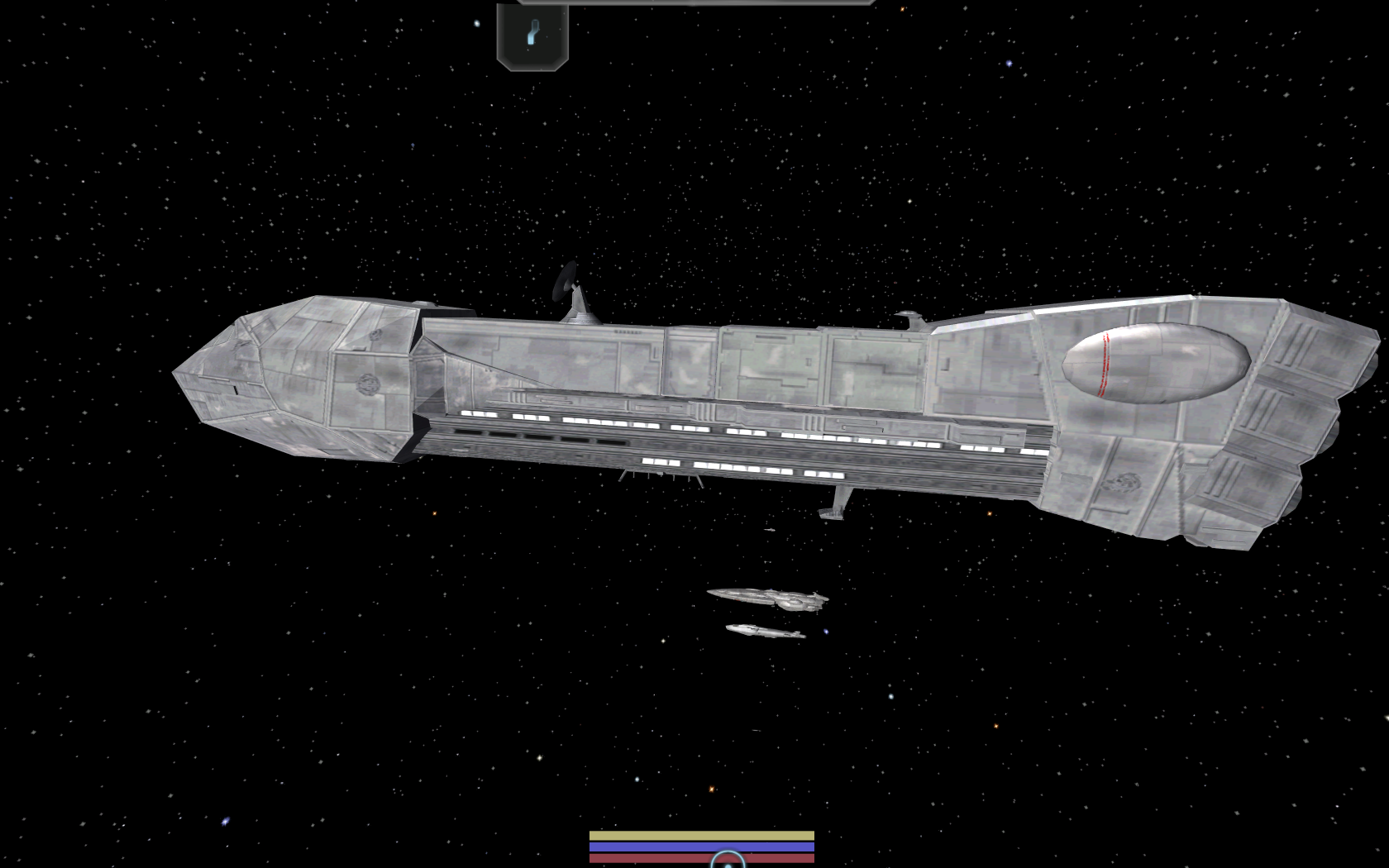 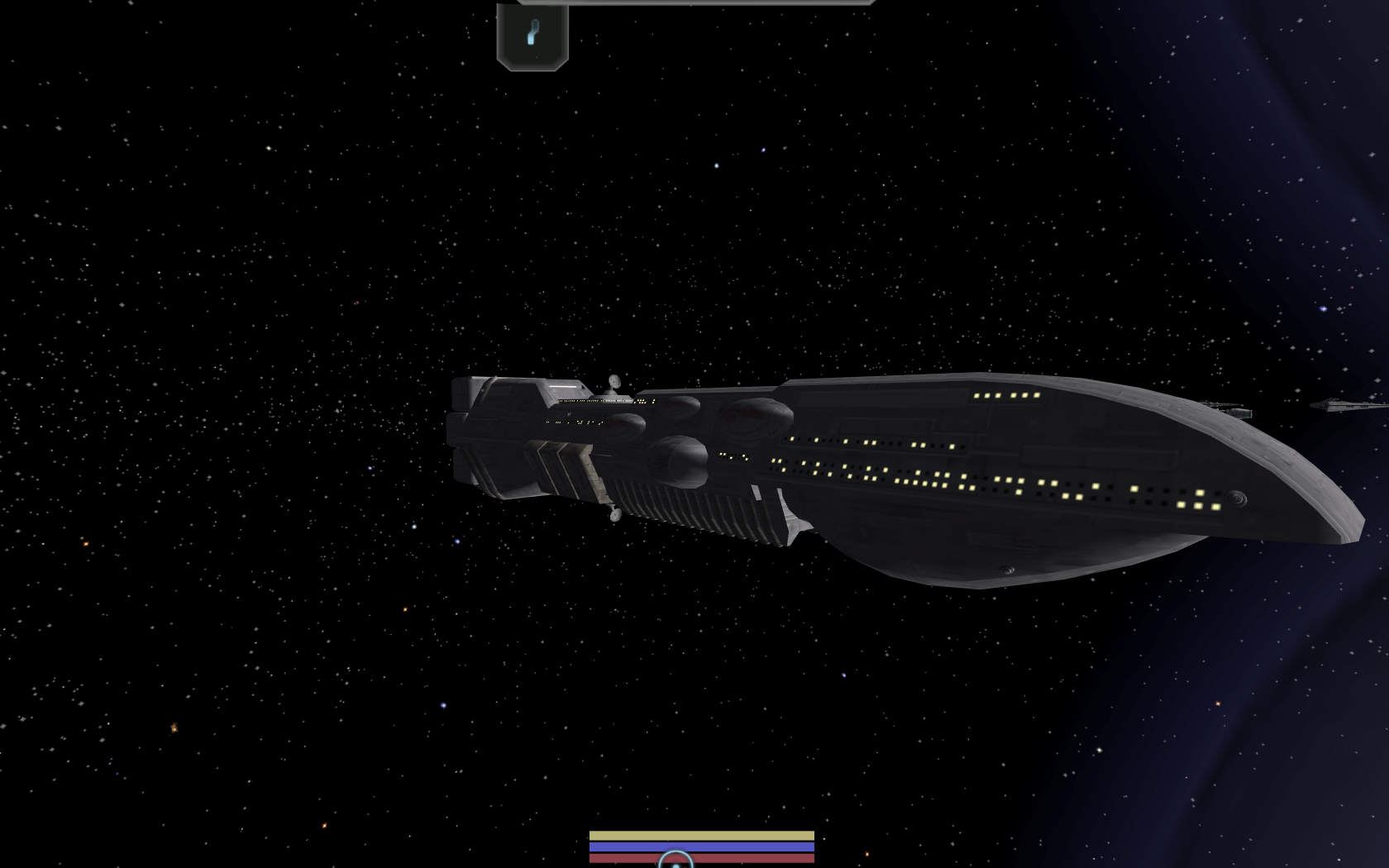 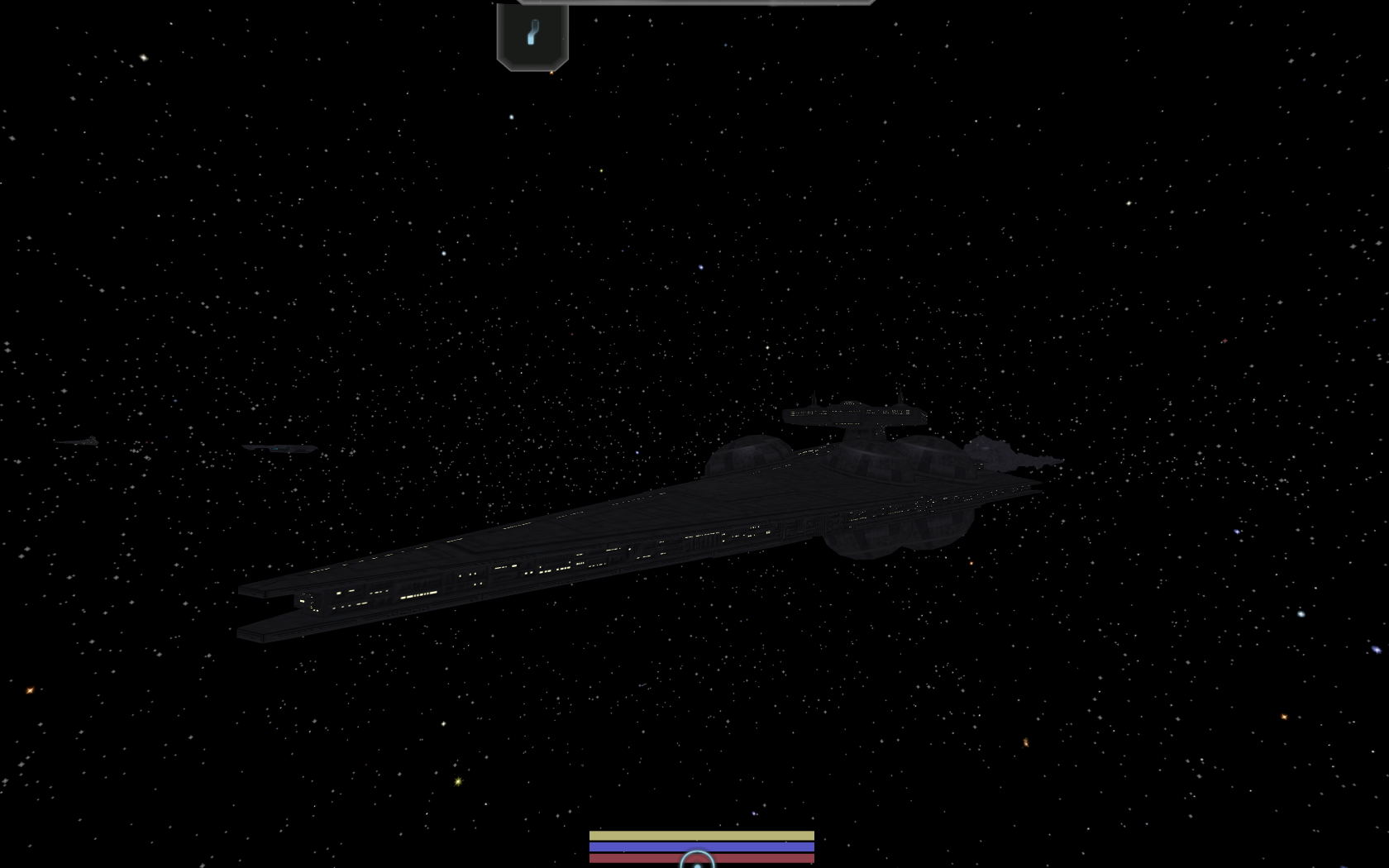 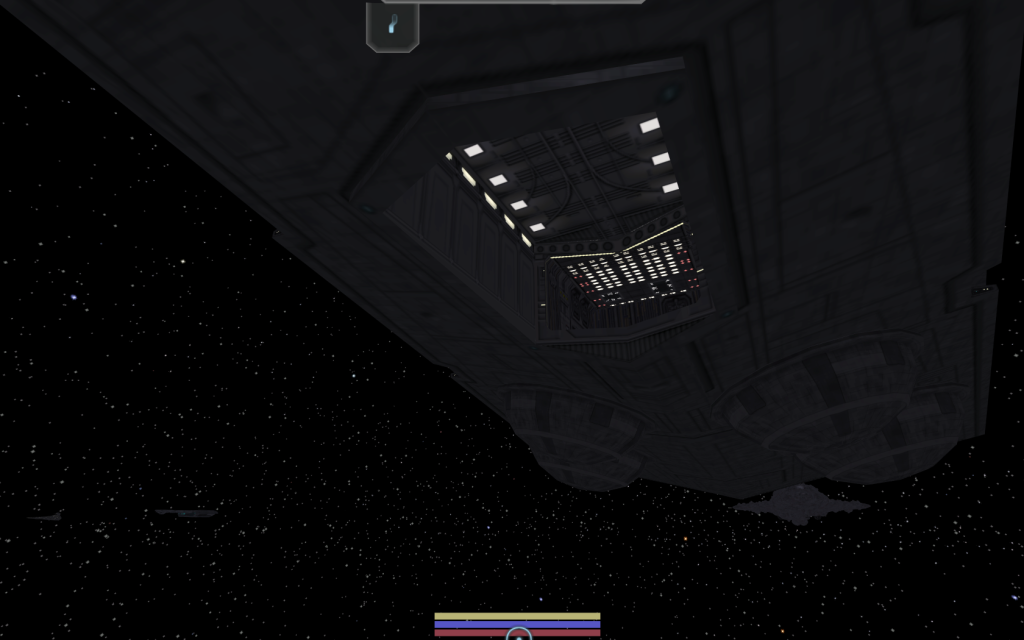 R2-D2 (He needs a little glow mapping love, too) 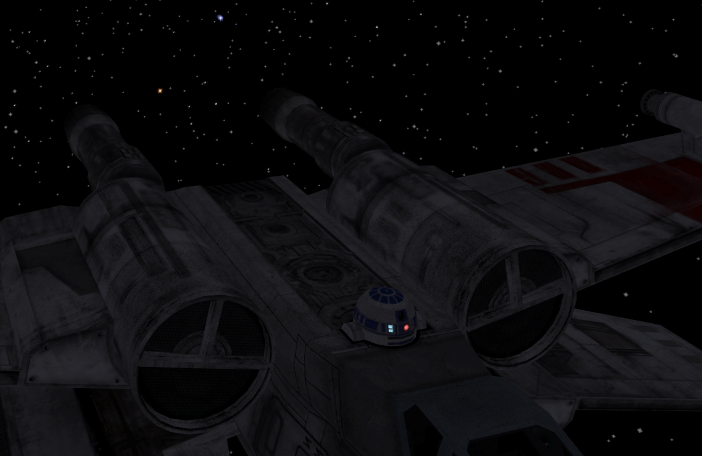 Now, onto many peoples favourite part about games; explosions. For those of you that have played Freelancer before have noticed that the explosions in the game aren't that great. Fortunately, though, Lancer Solarius cracked the effect files that contain the content of how these explosions work. There have been many people trying to get explosions to look more real. As some of you probably noticed, our fighter explosions are great, thanks solely to Why485 who worked on them. Now, to match this for our capital effects, we needed to bring in another effect expert into the mod, FriendlyFire. He has been generous enough to take my offer to join our team, time permitting. And, thus far, he's doing a fabulous job. This is a video of his prototype of our new capital ship exploision.


As you can see, this is a million times better than the explosions we had in the past. Our team is extremely fortunate to have someone of FriendlyFire's talent, and determination, with us.


Lastly, in the news piece, I wanted to show you the work of Arvis Taljik, creator of the Clone Wars: Tides of War and Old Republic: Tides of War mods. I gave him the task of redoing our MC 40 and MC 80 textures, because compared to our older stuff, they seemed extremely lacking. So, he went to work, using EvilleJedi's models as a base, and adding extra pieces and a whole new texture, UV map and glow maps to them. He was able to complete this complex task, very quickly, with amazing results; but I'll let you guys be the judges of that. Here are some before and after shots: 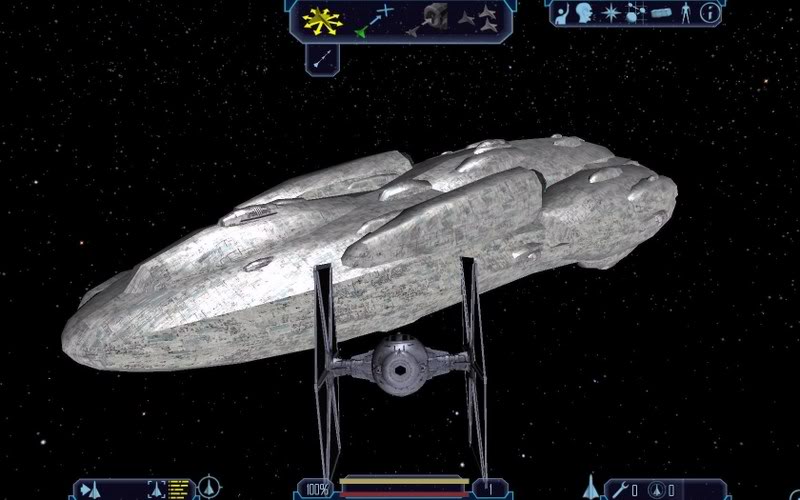 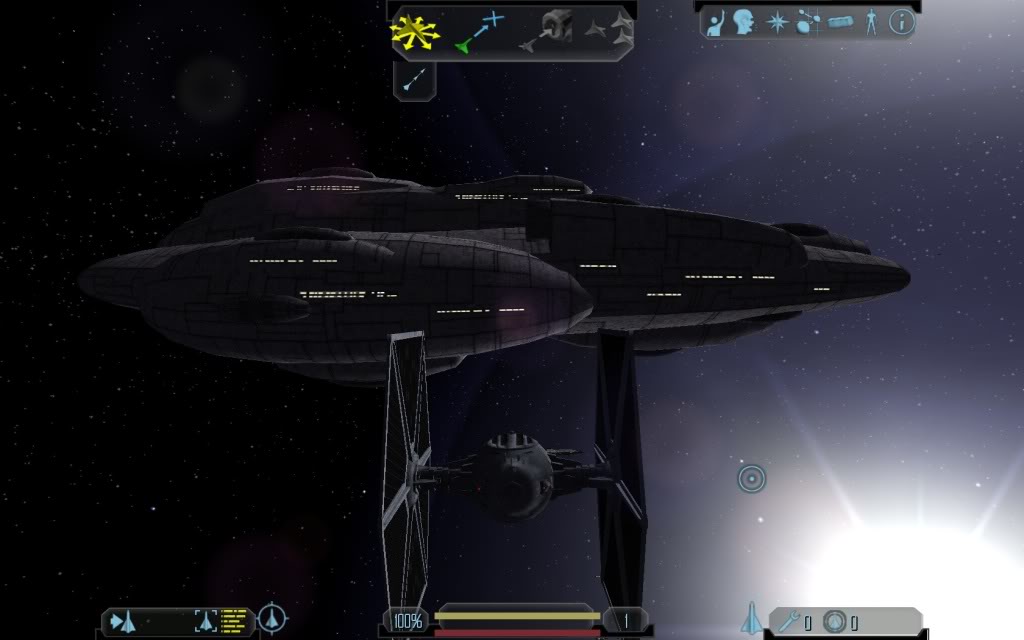 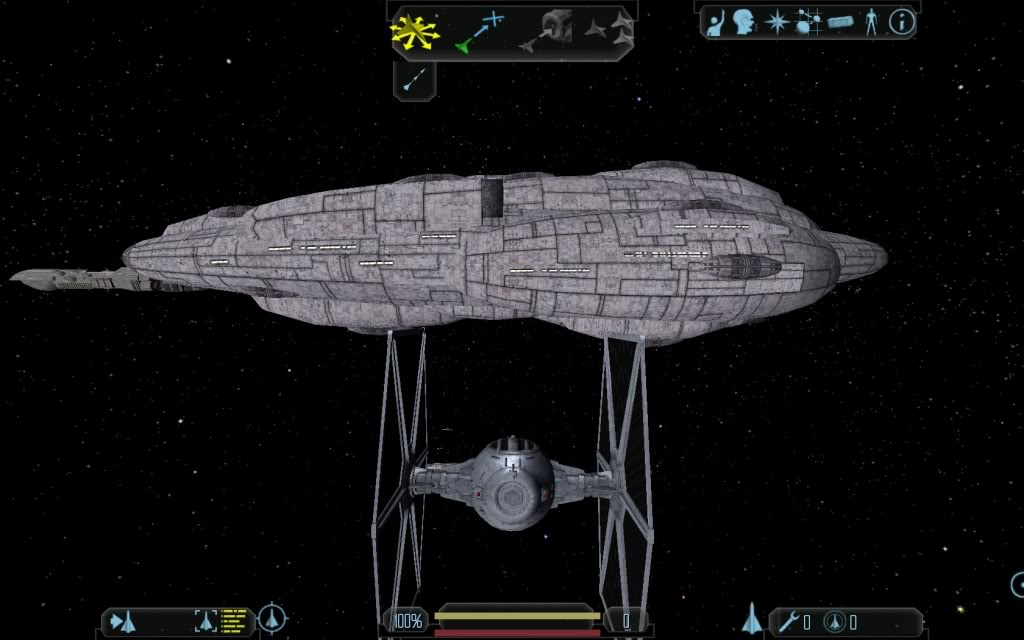 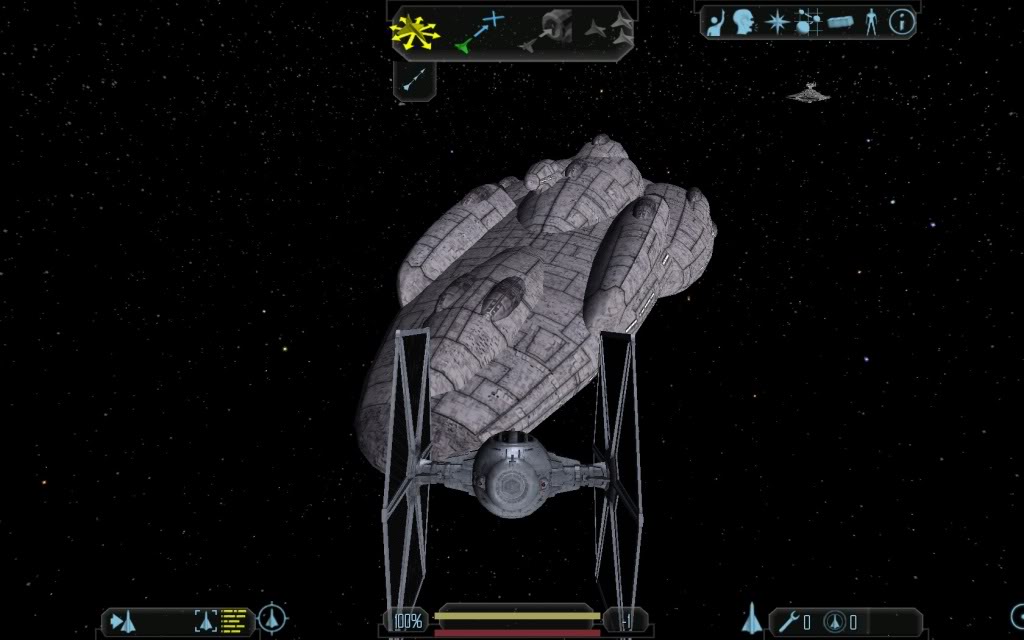 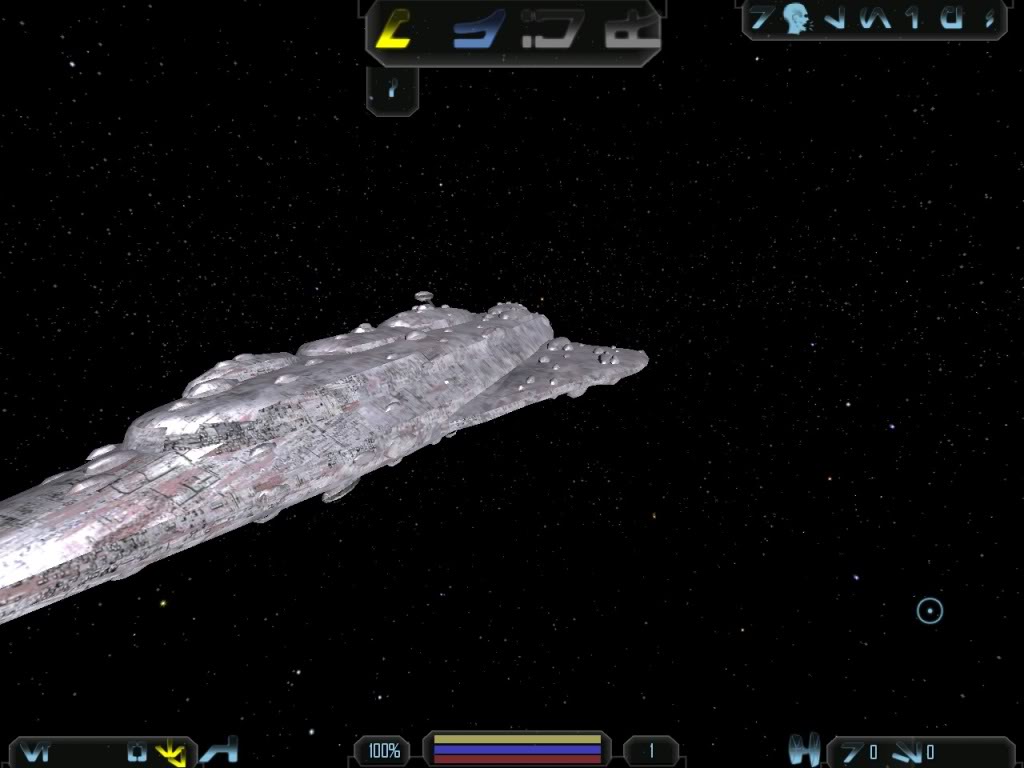 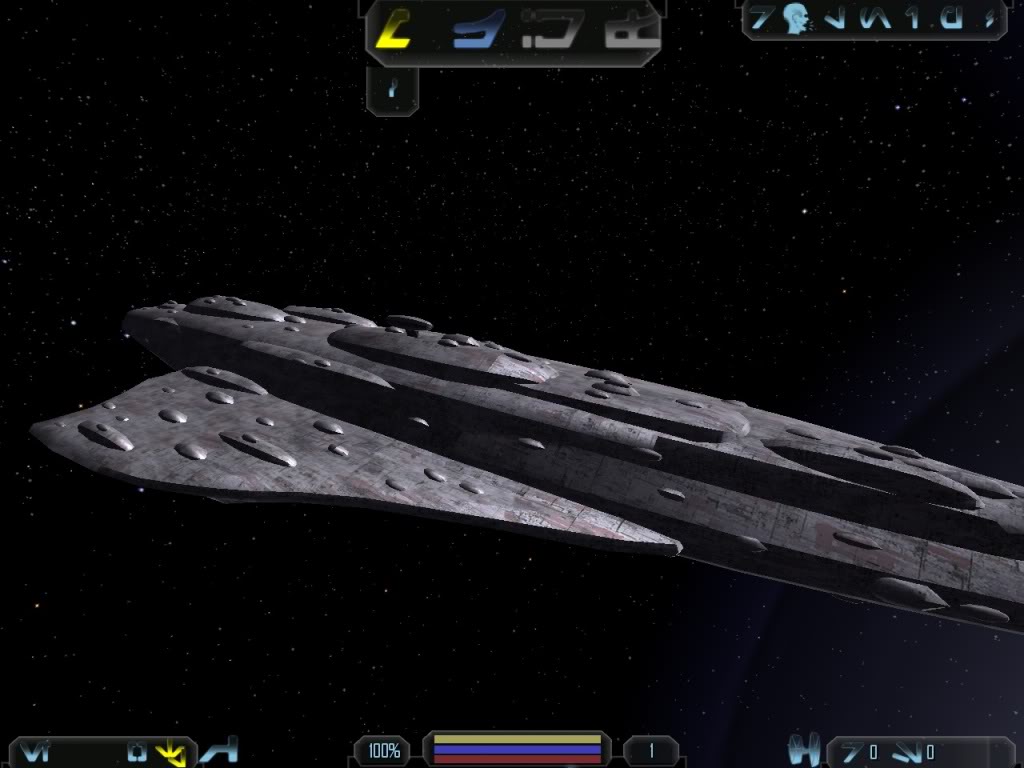 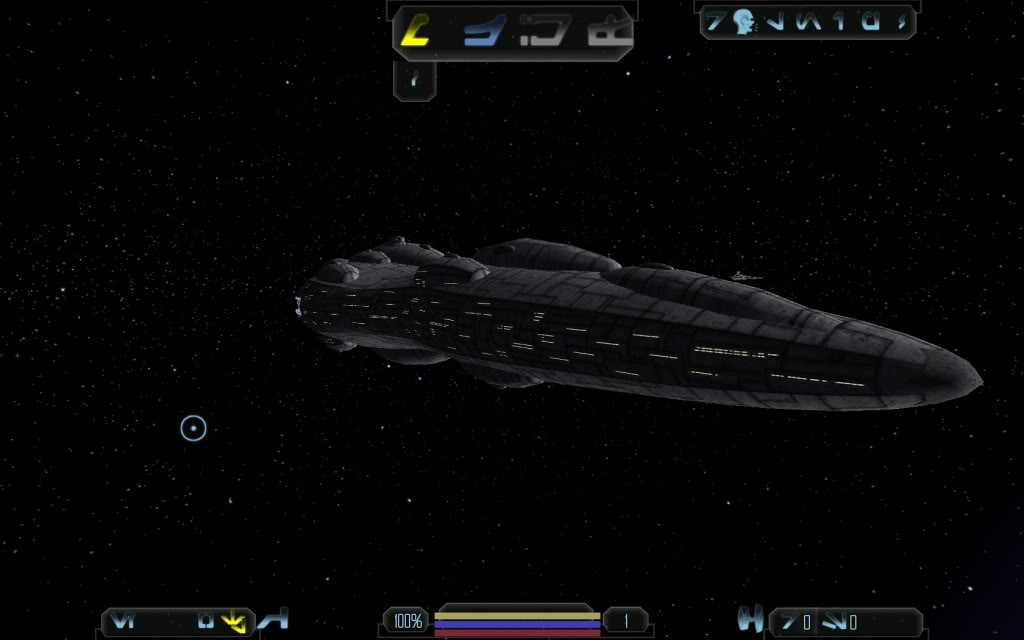 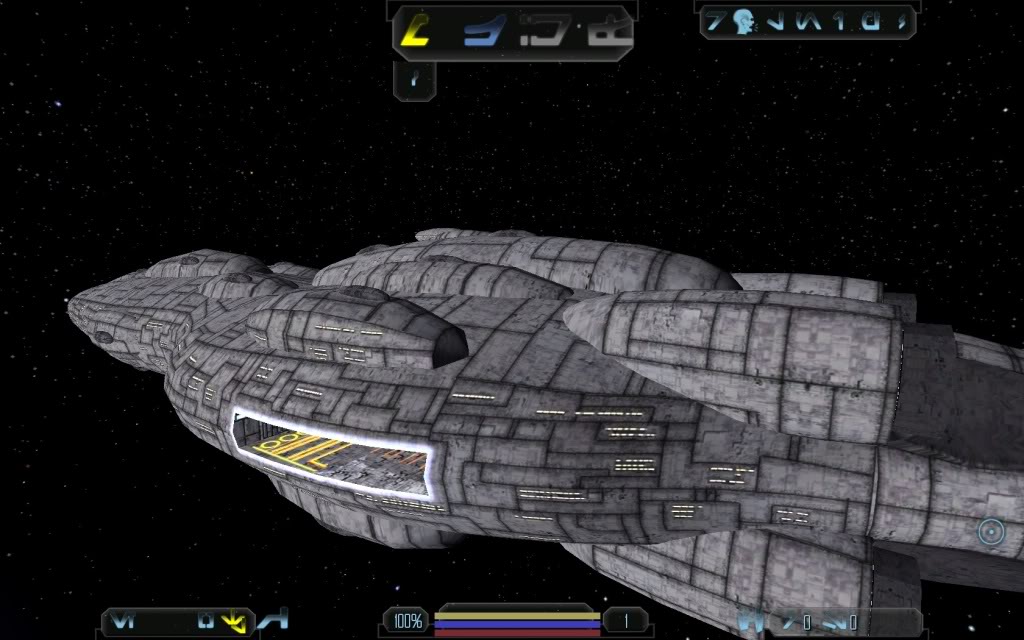 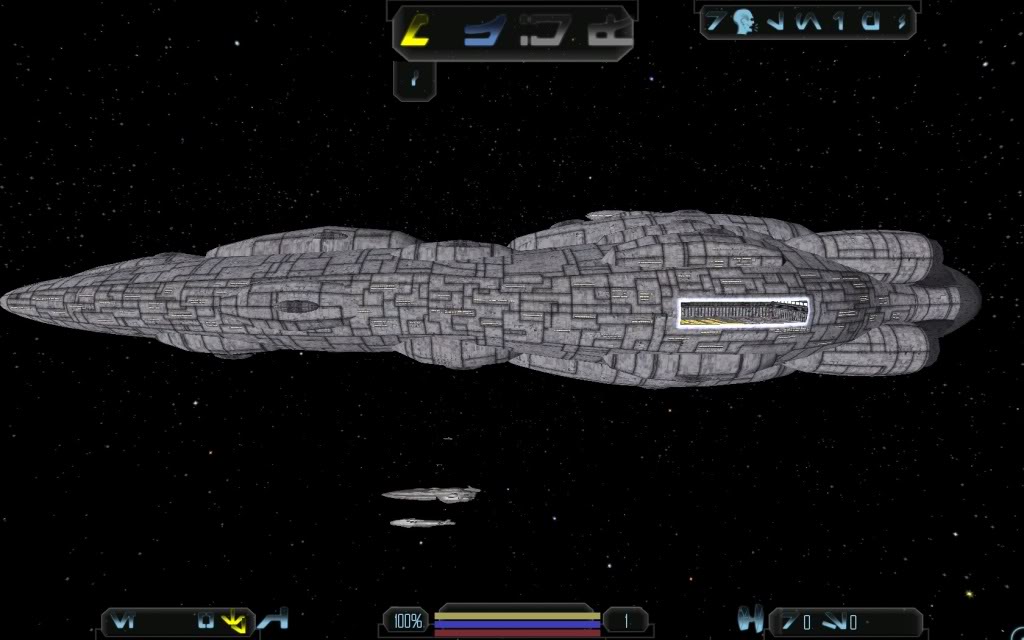 Anyways, I hope you enjoyed our latest new piece! I also wanted to express my gratitude towards Templar, who with the assistance of MODDB Administrators, have helped transform our Moddb site to what you see here.

As always, any questions, comments or suggestions are wanted!

I actually think that the before's were better just because the new ships practically look like a quilt. I'd either lessen the darkness on the lines separating the metal sheets or come up with another idea to make them look less patchy. Either way, I love the explosion and the glow maps look perfect. On second thought, though, I'd make the ship look torn up as it goes through damage. So, it doesn't seem like it completely blows up after one tiny shot.

Except Freelancer does not support scorchmarks of any kind. Also, the ship usually has far more pre-death effects; this was just an extremely modified setting for just showing the explosion itself.

Ya, as FF metioned, there are numoerous other FX that occur as these capital ships loose hull. For a better idea of what they're like, watch this video:

Yeah, this team is amazing, and I am absolutely adoring the great work being done. But the moncal here looks better in the before shot imo. It probably looks better in-game I imagine, but the screenshots make those weird grey lines stand out a lot.

Well, I have to respectfully disagree with you here. The old MC texture was extremely pixelated on the ships. When you got up close, they looked like someone literally vomited on the ship (serious, no joke!) Those "weird grey lines" are hull plate lines, which is very reminiscent of the Home One MC style Theforce.net . We're going to make some adjustments to the MC textures, but, they're leaps and bounds better than what we had.

Nevertheless, thanks for the compliments.