All the fortress generation algorithms are finished, and looking rather snazzy.

Posted by UltimaRatioRegum on Sep 1st, 2014

In the little bits of time I’ve been able to find to code at the moment, I’ve managed to just about finish off all the different fortress archetypes. There are twelve in total – each nomadic civilization decides on one at worldgen that it will use for their desert encampments, and then each is subsequently generated according to the chosen algorithm. They each also handle rivers going through them in different ways – some loop rivers around them, some have rivers go through them, and there’s a fair bit of code handling the placement of bridges and entrances to ensure that no matter your angle of entering the fortress, and the position of the fortress on/off a river, you can always access the entire thing. Some are large, some are small; most have all their components within the walls, but some have spread out beyond the walls; some are well-defended, some less so. The white %s are placeholders for market stalls which I haven’t yet created the terrain type for, and the large “oval” buildings are barracks, the smaller circular buildings in military districts being buildings where you may find particular NPCs of military value.

Here are some examples. Bear in mind that these images don’t show the changes in height, but rather give you an overall plan of how these areas are laid out. The algorithms shown here are the “Concentric Square”, “Circle Lines”, “Star Fort” and “Cross” variations. They’re tremendous to walk around – even without NPCs (two versions away!) one can already tell what they’ll be like once they’re populated. 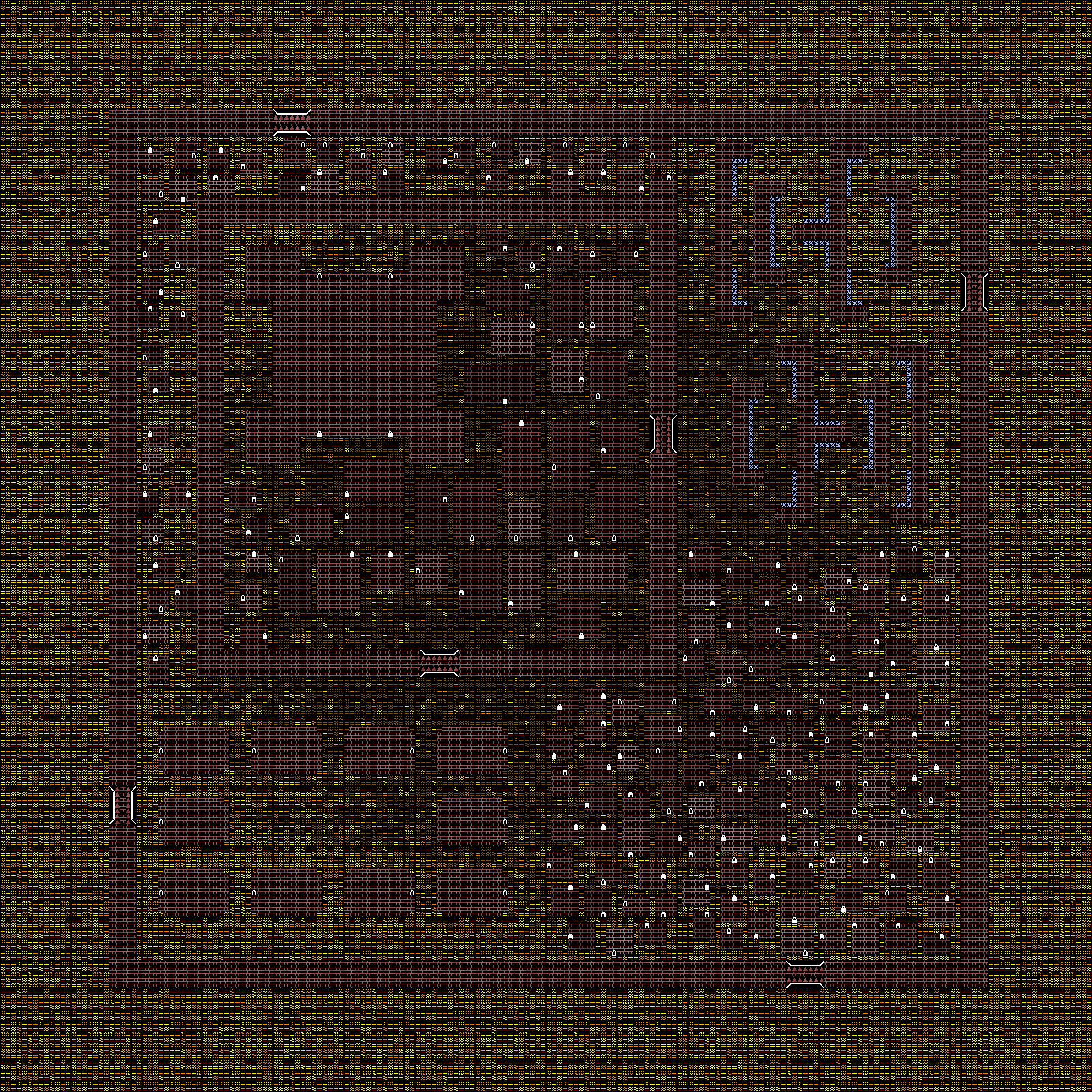 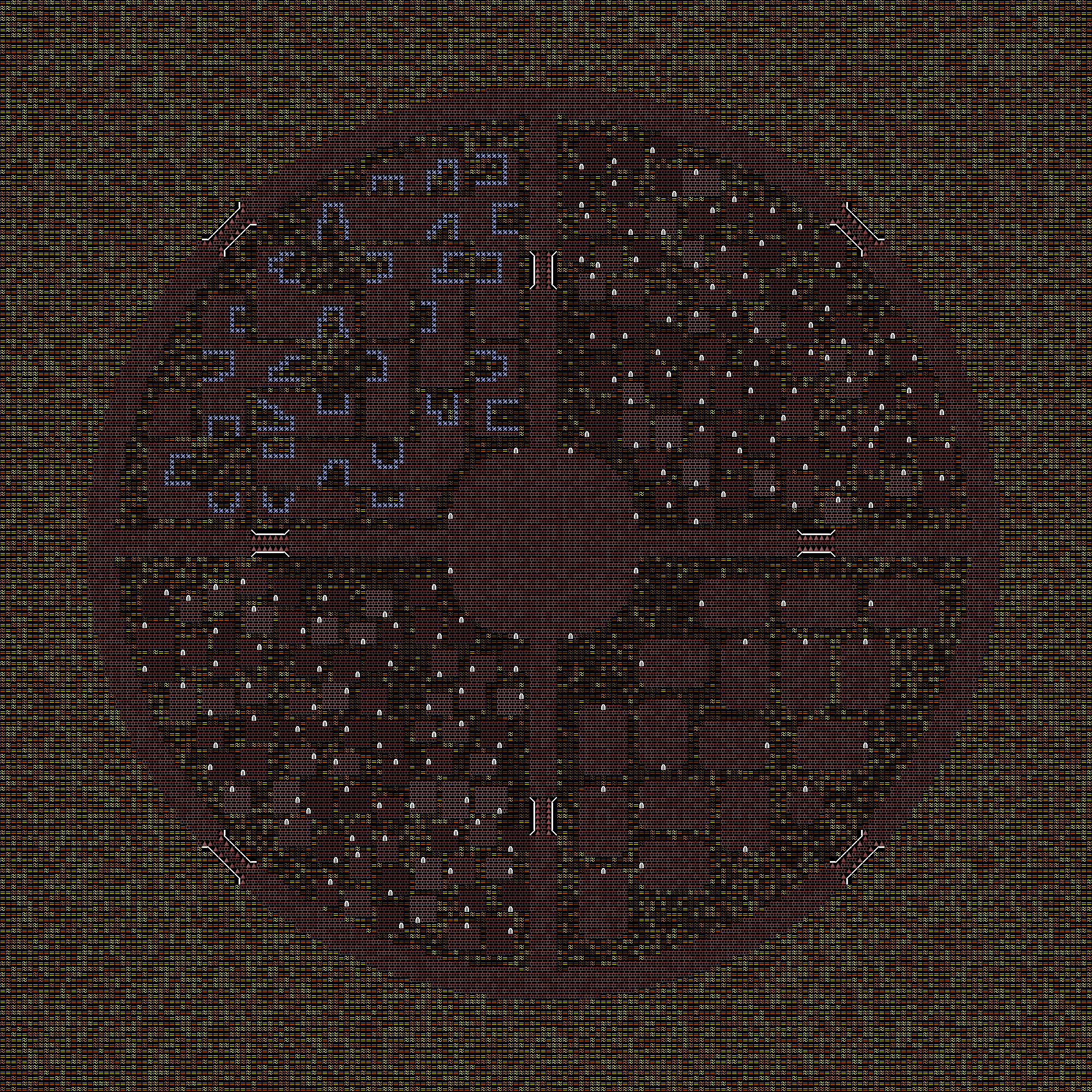 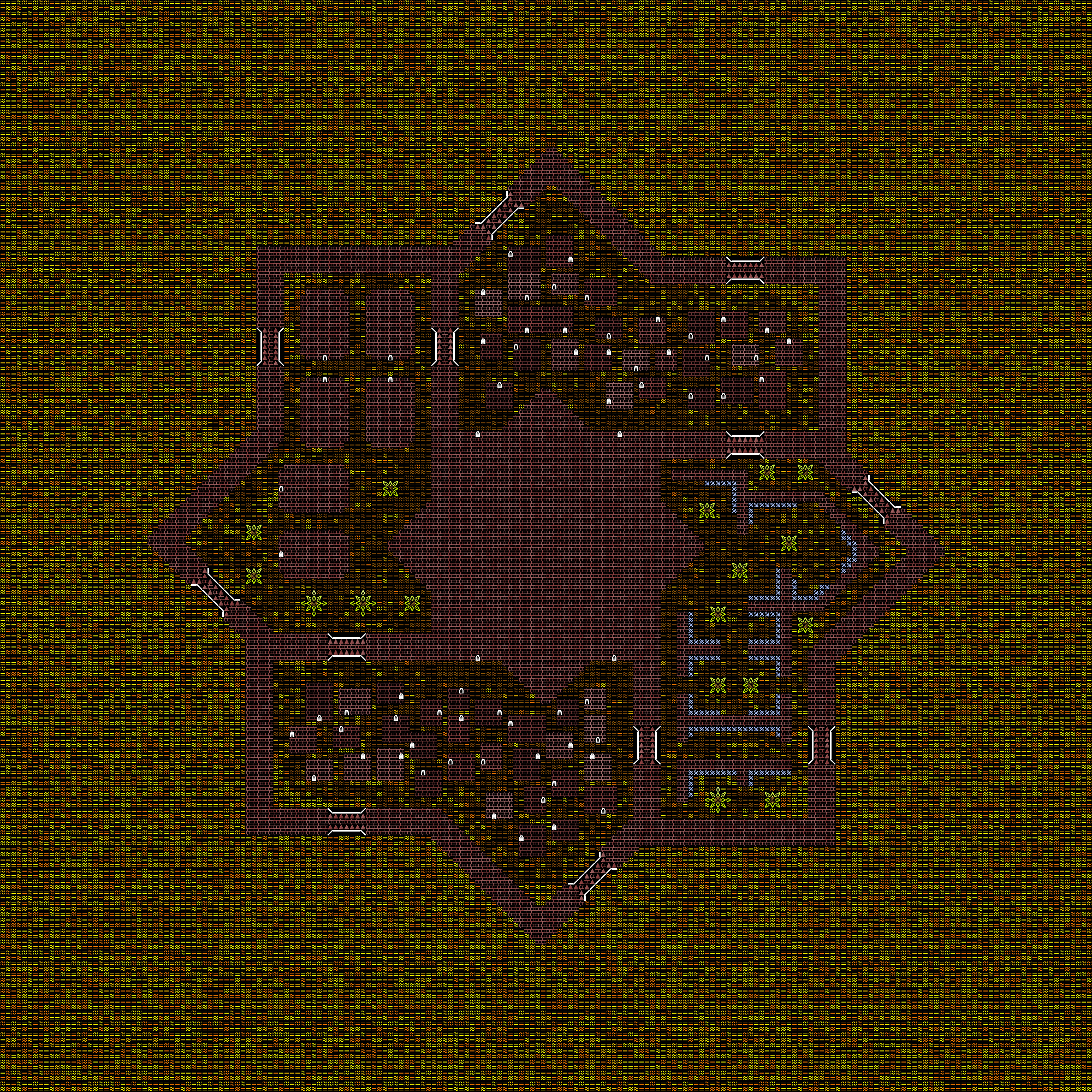 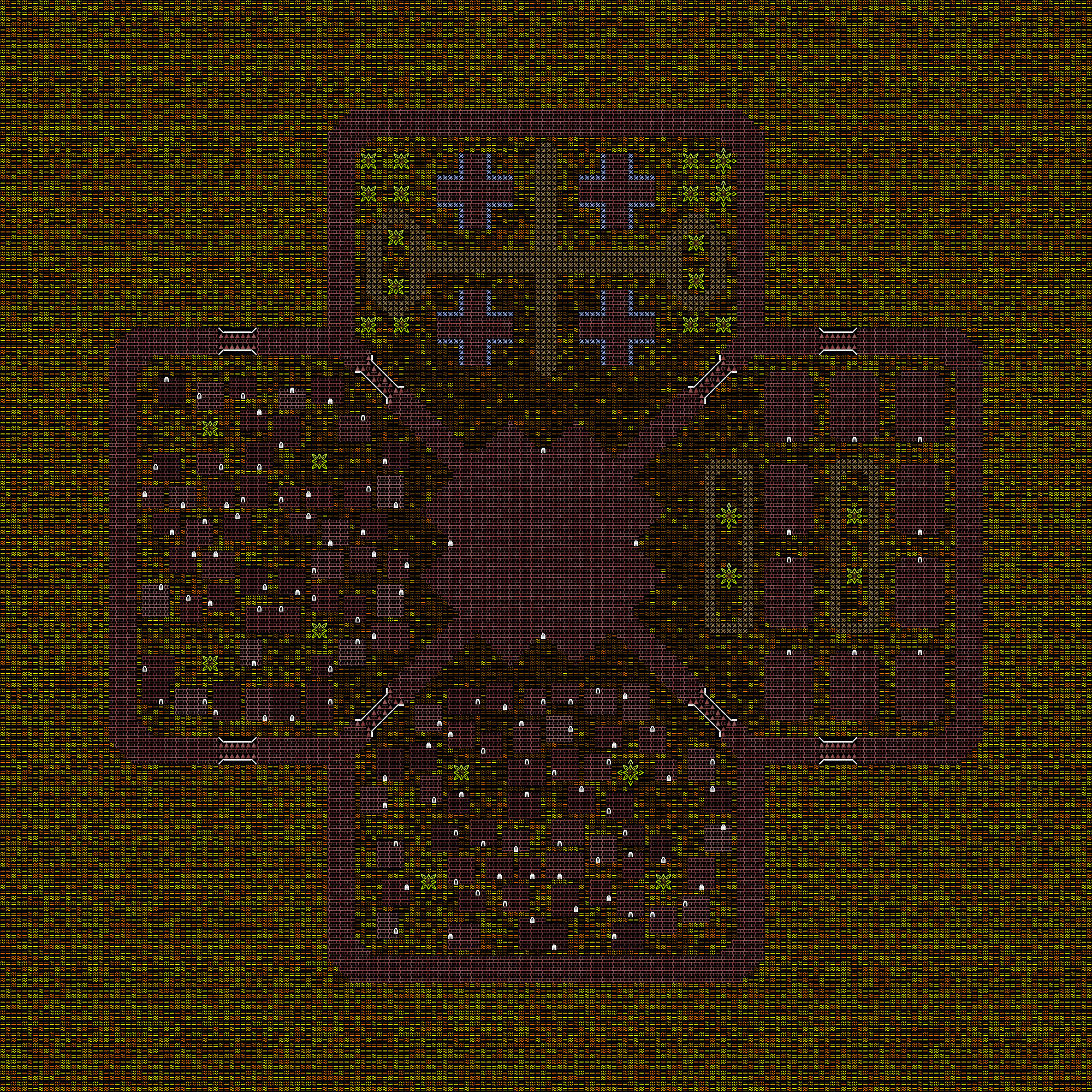 Now, for a general update. As regular readers may know, I'm moving towards working on this game full-time for a year, but have to finish my PhD first, which is going well. The first third of it is bordering on submission-ready and I’m now working on the middle third. I’ll be moving house to “start” the full-time development year around the first week of October, give or take, and once I do, we’ll switch back to full and detailed weekly blog updates, regular Facebook/Twitter updates and the rest of it. AND 0.6 WILL BE COMING, as the first step to totally finishing the worldbuilding block within a year of going full-time. Once that officially starts, I might even put up some kind of “one year countdown” on the blog to remind me how many days I have left to finish the worldbuilding. It’s going to be awesome, internet friends. Until next time you can keep up to date on my devblog, Facebook page, or Twitter feed. The devblog is updated weekly on Saturdays (or sometimes Sundays), Facebook a few times a week, and the Twitter roughly daily. Stay tuned...

Thanks for the read. Hope you are doing well.

Thanks :). Much, much better than a few months ago.