"Fomalhaut Flowers" - a minimalistic 2D platformer with a side view, in which the player, avoiding enemies and traps, needs to collect all the rare flowers to solve the mystery of one of the planets of Fomalhaut.

In April 2021, I purchased Clickteam Fusion 2.5, a game designer where you can develop games without knowing programming languages. This, of course, is a huge plus for a person who is far from game dev (I have been playing games since 1992, I have seen both BC and Spectrums with tape tapes, burdocks of floppy disks with DOS games also cause a slight lamp nostalgia).

Inspired by Limbo and the Human Voice, I wanted to do something similar, but immediately there was a small problem: I had to make a choice between the initial development of the engine and actually drawing. I realized that it would take me six months just to draw the game from scratch, so I had to compromise and assemble the game in pieces, which accelerated the development (the game was ready in three months as a result).

So, according to the visual. Silhouette minimalism against the background of the sunset sky (someone likes it, someone does not, all the markers are different in taste and color). 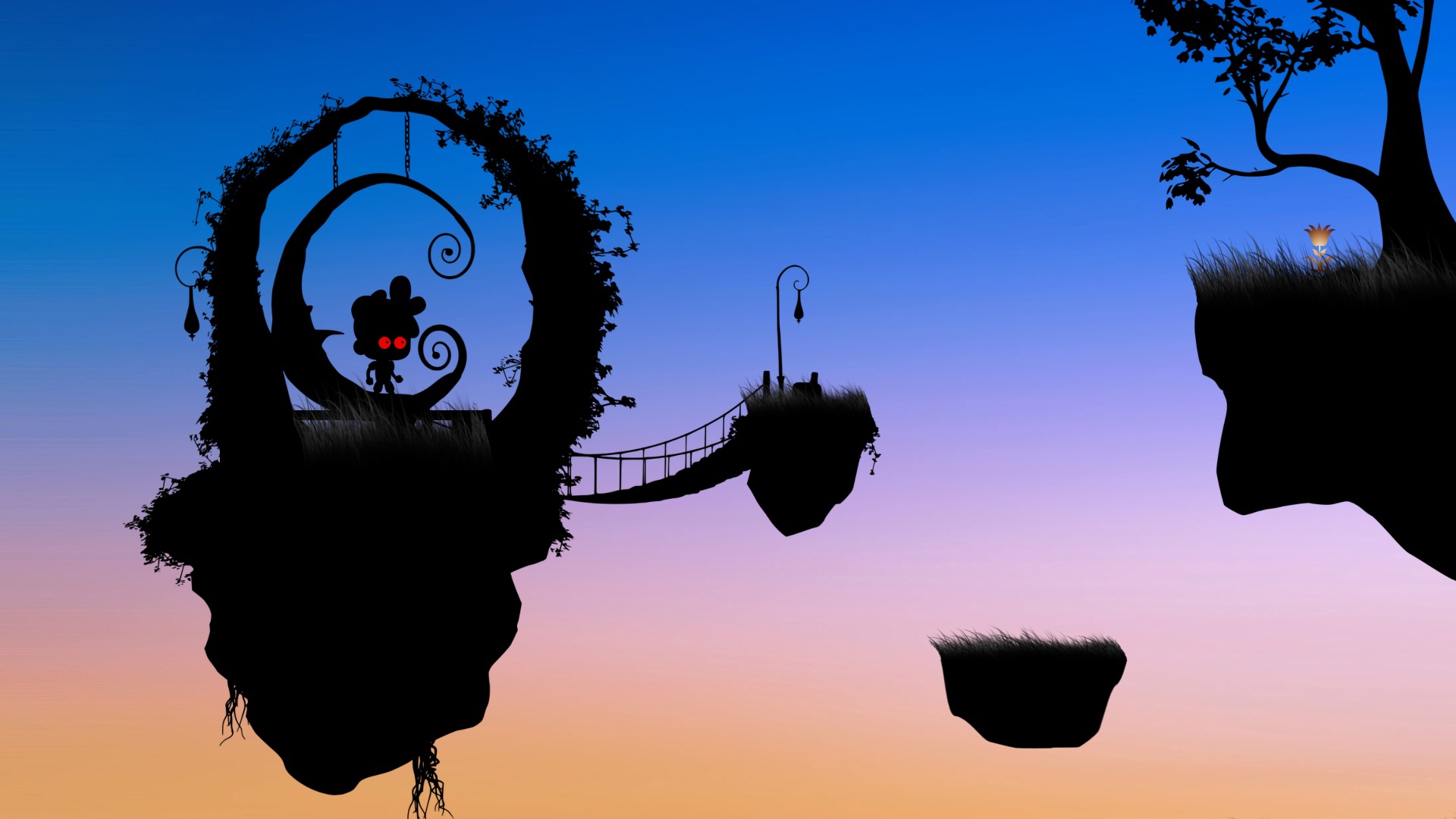 In fact, this is a platformer in which the player needs to collect all the flowers (one flower per level) and return to the teleport. Moving around the level is hindered by all sorts of obstacles-enemies (and sometimes traps). It would seem that everything is simple. But no. When developing the game, it seemed interesting to me to make random behavior of enemies (prickly balls and jumping shurikens), which made the passage much more difficult (but for anyone complaining about the complexity and, possibly, the clumsiness of the character with the lack of additional checkpoints on the level, I would recommend playing the good old game Prince of Persia for DOS, after which mine will seem like an easy pampering). 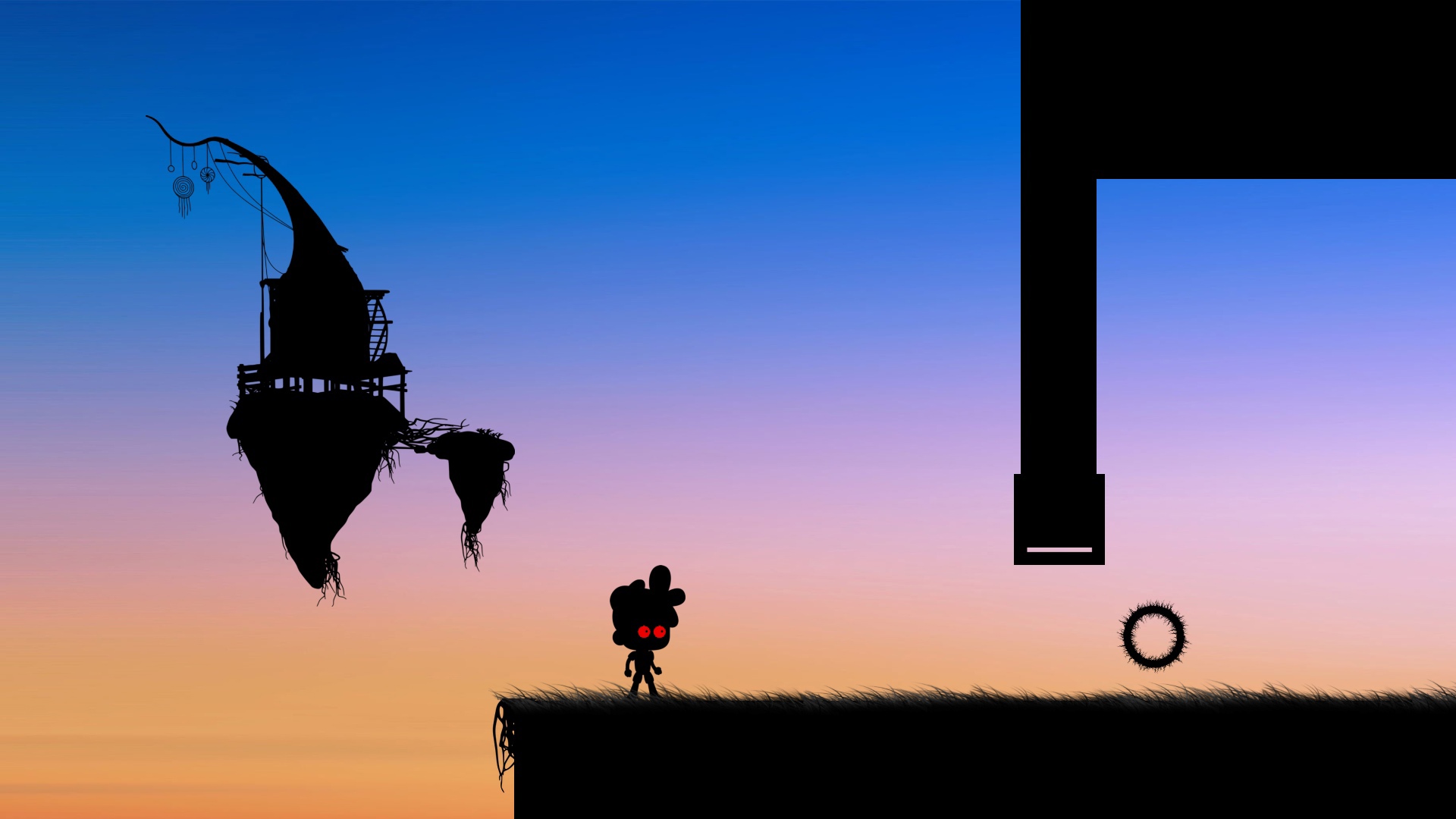 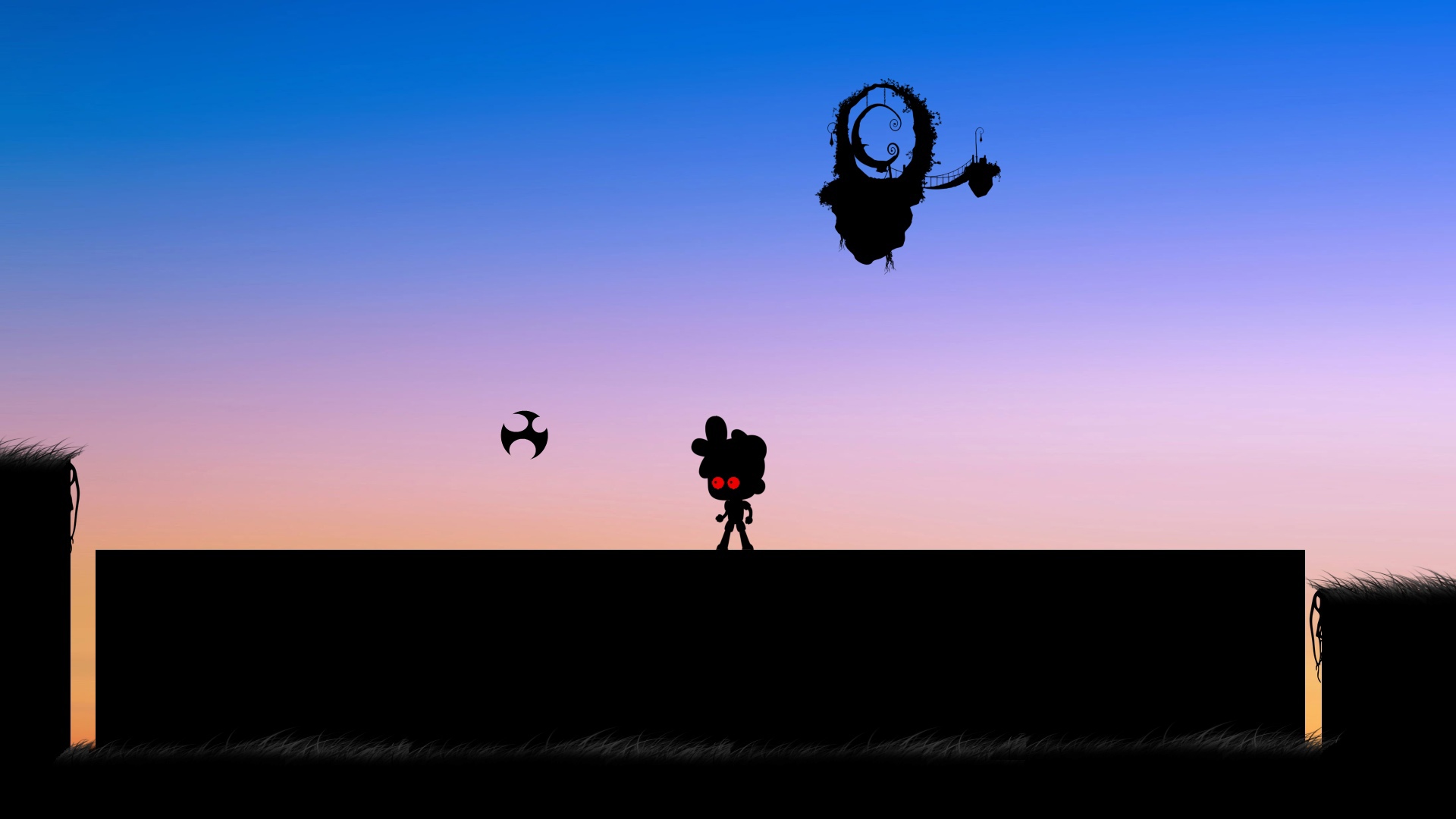 One of the features of the game is the so-called dragging of the box (the box is necessary for jumping on platforms and performs several more important gameplay functions in subsequent levels, I would not like to talk about these functions, so as not to reveal the intrigue, the whole idea of the game becomes clear only after passing and has some philosophical component for those who are able to understand it). 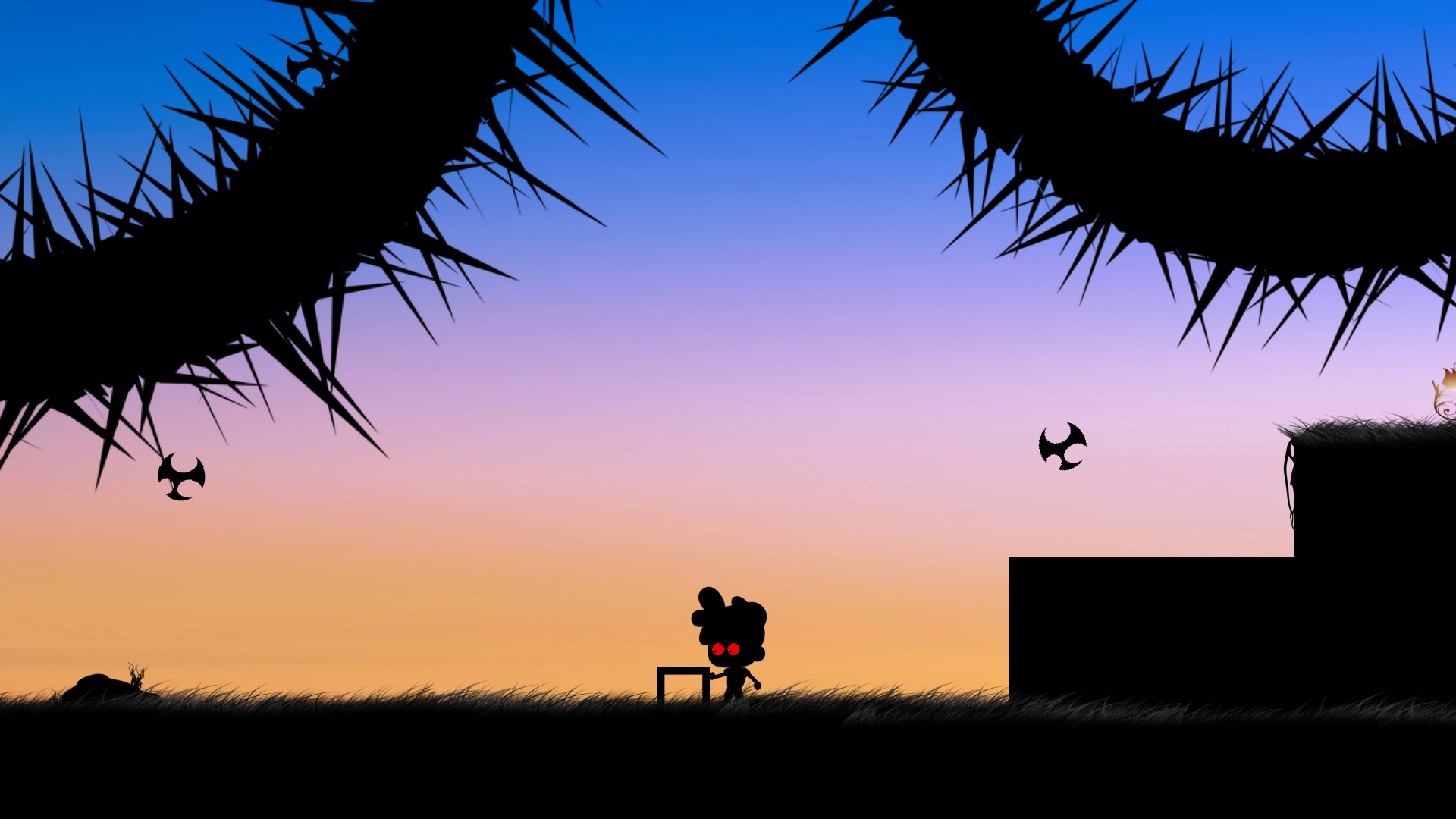 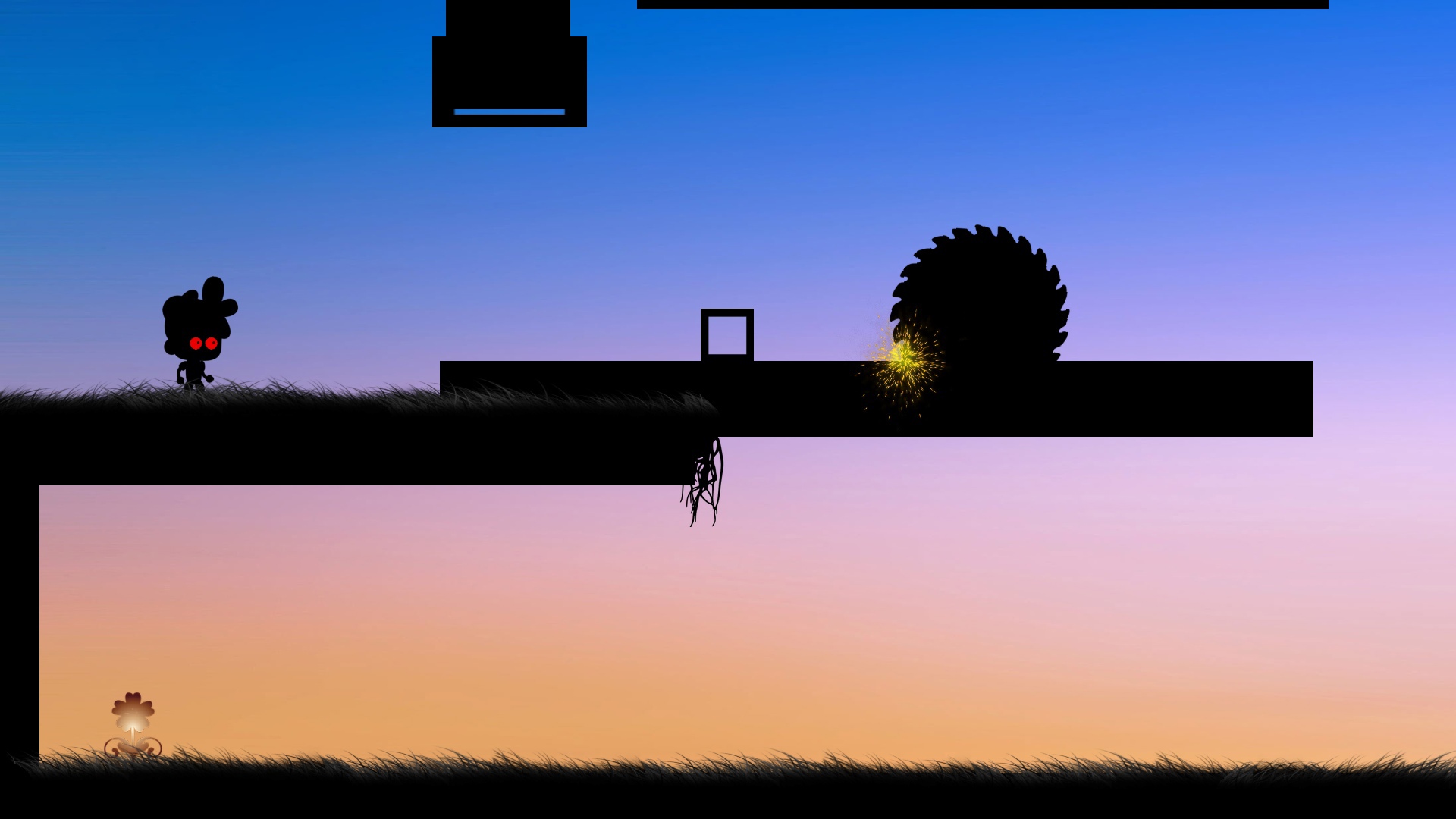 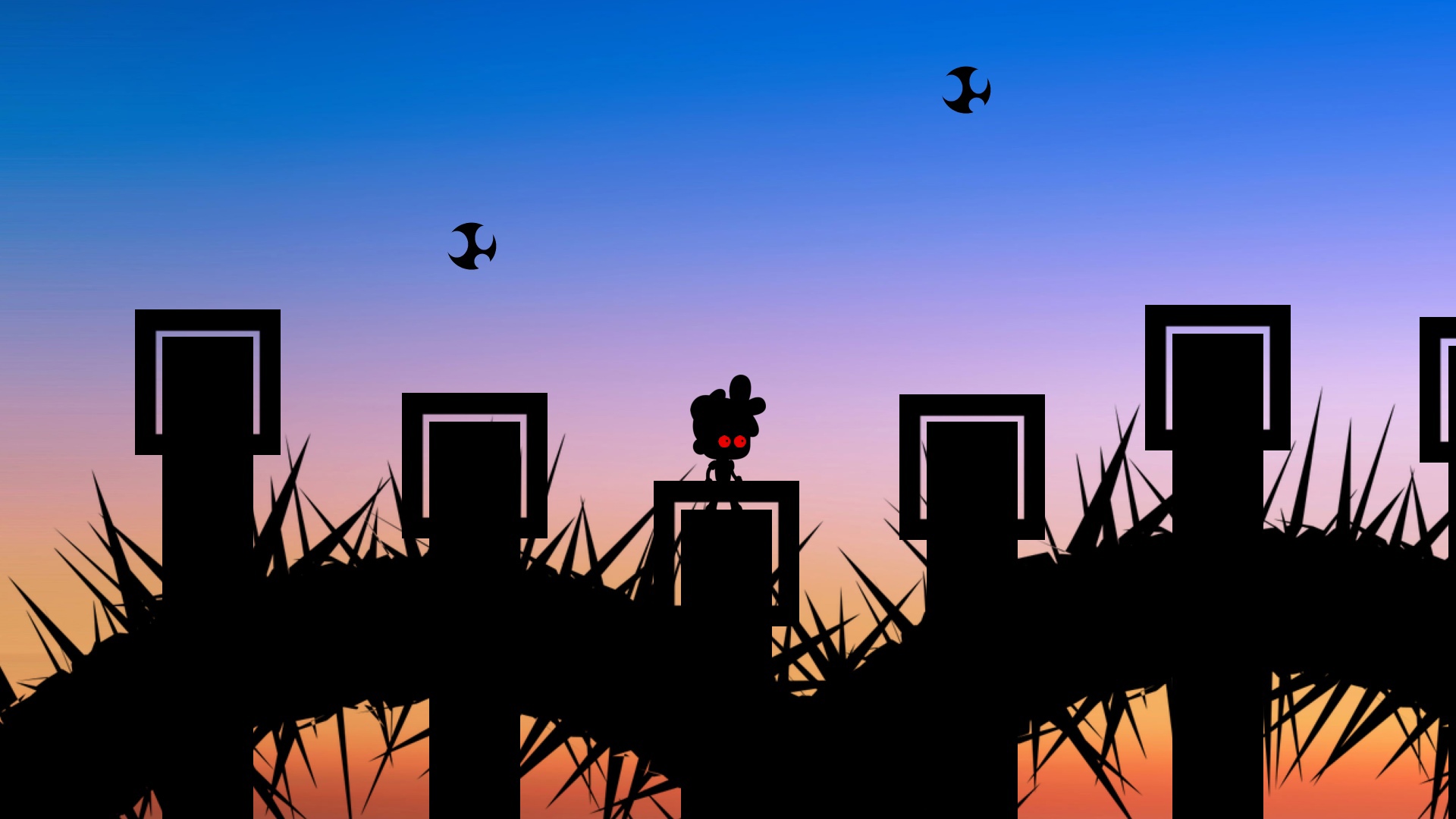 One of the last levels with giant rotating barbed wheels is my pride, it is considered impassable due to the random movement of these (I myself pass the game in 30-40 minutes, if I'm lucky). 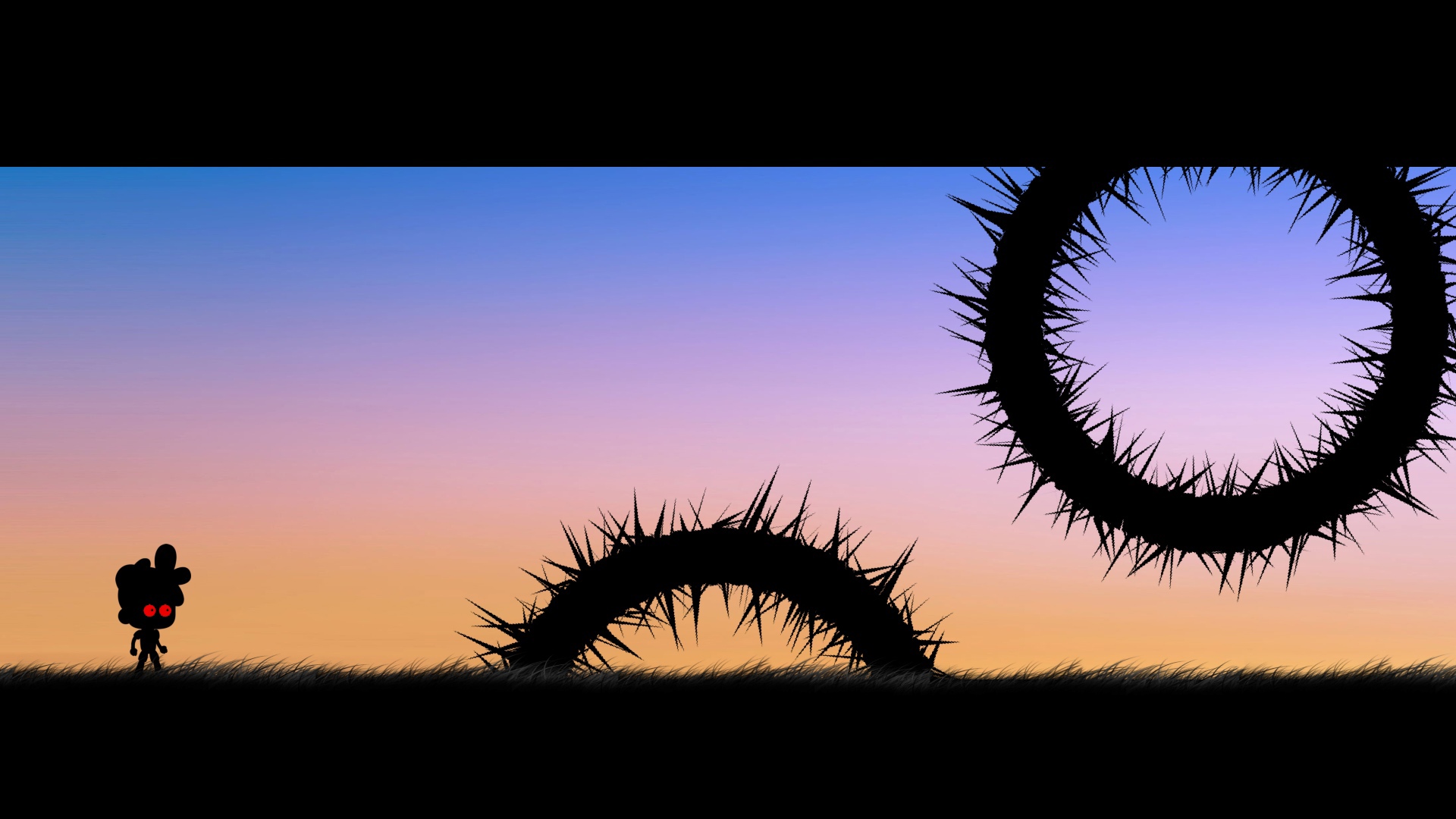 What we have in the end. Three months of work on the game. Steam page. People don't seem to have any special complaints about the visual, the main complaints are about character management and gameplay with an off-scale level of complexity (but random, sometimes, works in the opposite direction). As a developer, I am happy with the game, because there is a finished product that I did not give up and brought to the end. Any criticism is welcome (but not the fact that it will be taken into account), so I bow out.

The game's page on Steam, who is interested: Store.steampowered.com

P.S. Just today I received a letter from the developers of Limbo)