After a couple of months of almost releasing the alpha version of Warp Speed we finally made it!

After a couple of months of almost releasing the alpha version of Warp Speed we finally made it! 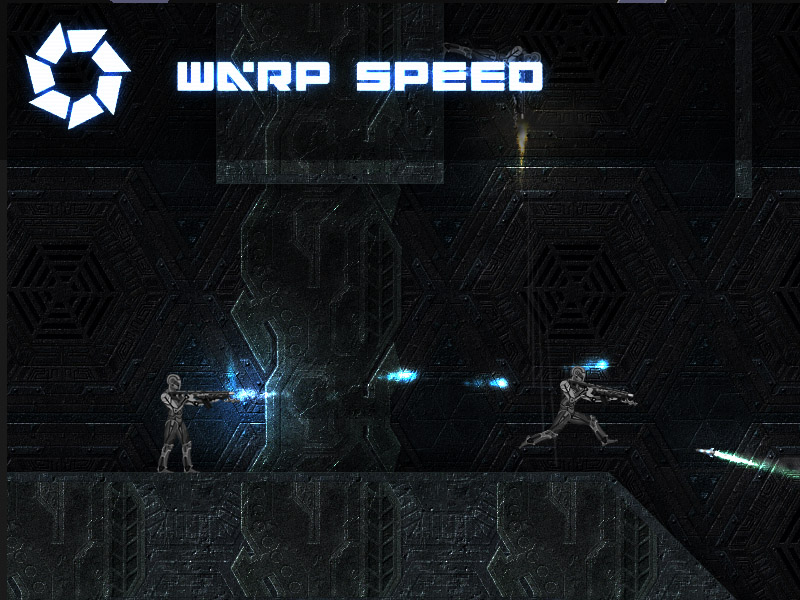 The above image is just a mockup, the game looks more like this now:

Enjoy and leave us your feedback after you have played it!

Hmm.. I downloaded it and played a bit, nice start. The movement is really ok for me, the game speed is fine, if you are thinking of changing the speed, make it faster. The rotations are nice and easy to learn, the keys to manage are fine also, really simple, and well, something to be different... nothing "NOW", continue the work and don't call it an Alpha, Movement Test would be better, and I can't wait to see it as in the first picture, it's growing faster than many other games.

Map making system is based on polygon (triangles, quads etc.) rendering. But sure, you can draw also whole images used as background, foreground, parallax, lightmap and other stuff. We will release some info about map making and generally modding soon. It will contain info about console variables, commands, weapons/objects/game scripting etc.

Thanks for your comments! It's quite a relief to hear that most of the players find the controls relatively easy as that was our main concern.

@DG-Tal: Think of these controls as if they were for 3D game rather than a 2D one!;) By the way, you can further customize victor by redrawing his body parts, too!;)