This week's URRpdate with NPC moods, responses, refusal to answer, boosting the variety of spoken phrases, and more!

Posted by UltimaRatioRegum on Jul 10th, 2017

Lots more progress this week! Still feels so great to be back into coding, and make solid and rapid progress on the conversation systems too; it's striking how much can be done in a day when one really focuses. In keeping with our new method of rapid blog-entry-writing which is something akin to a changelog, here we go:

Next week? I'll be playtesting all of this stuff, and once that's all working fine, working on some other aspect of conversations. As mentioned before, I am actually not trying to do everything needed for conversations per se for 0.8 - the "metaquestions" ("What do you think of [artwork]", etc) are being omitted until 0.9 at least, for example - but just enough to get the release off the ground and let people explore the central elements of the conversation system. As well as playtesting these elements, I want to start going through all the questions you can ask people, and check those work - I'm sure there are some bugs or typos in there I haven't spotted yet. I'm confident by the end of next week I can have all that done, after which I'll start working on having things like "[god]" or "[nation]" or "[house]" or "[officertitle]" or whatever correctly appear in speech. Those are a complex set of variables which will have to draw on a lot of different parts of the game, and I don't want to tackle that until everything here, and the standard Q&amp;A, are all implemented. See you all next week!

Some of the new word variables/extensions, where the comments remind me which other conjugations also need to be covered: 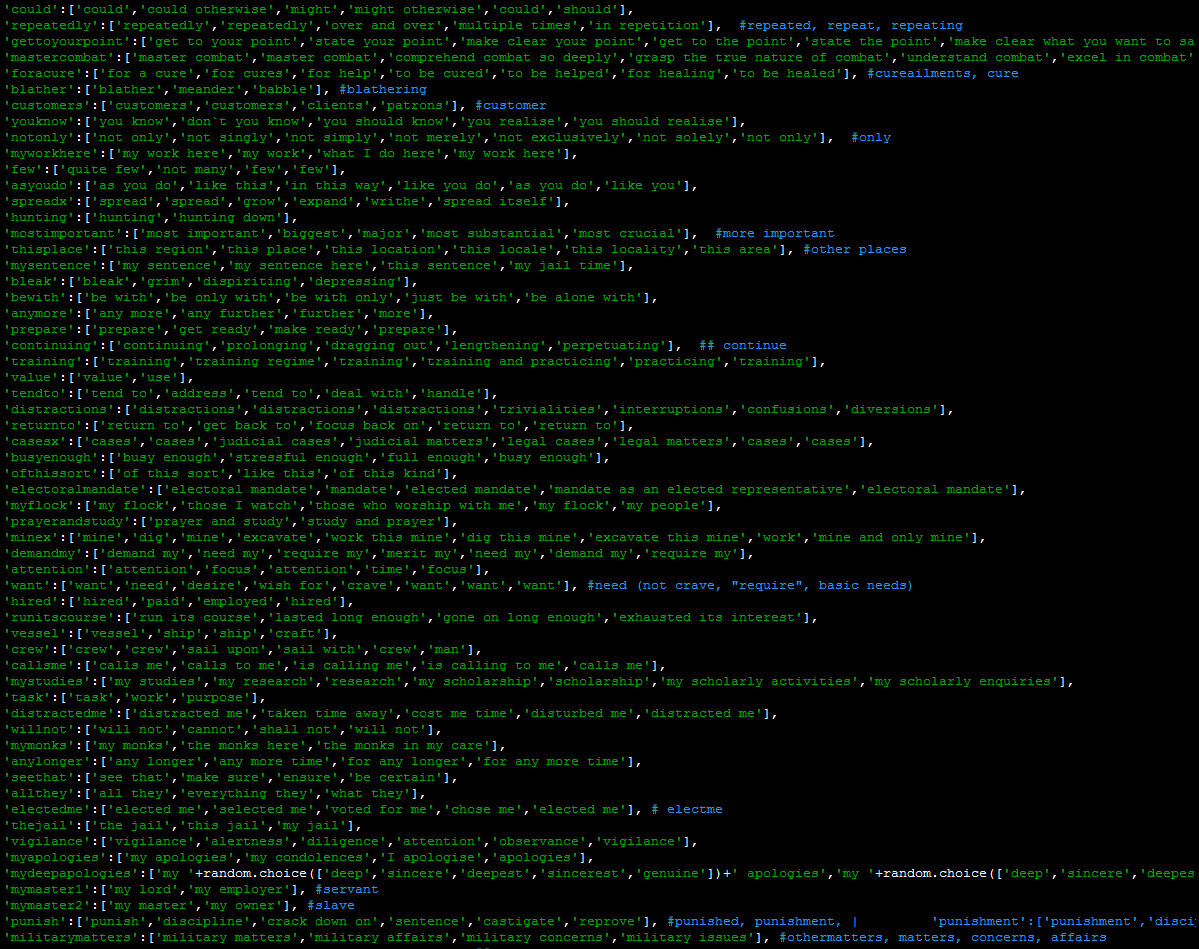 The general words people will use when they ask things like "why are you still asking me about X": 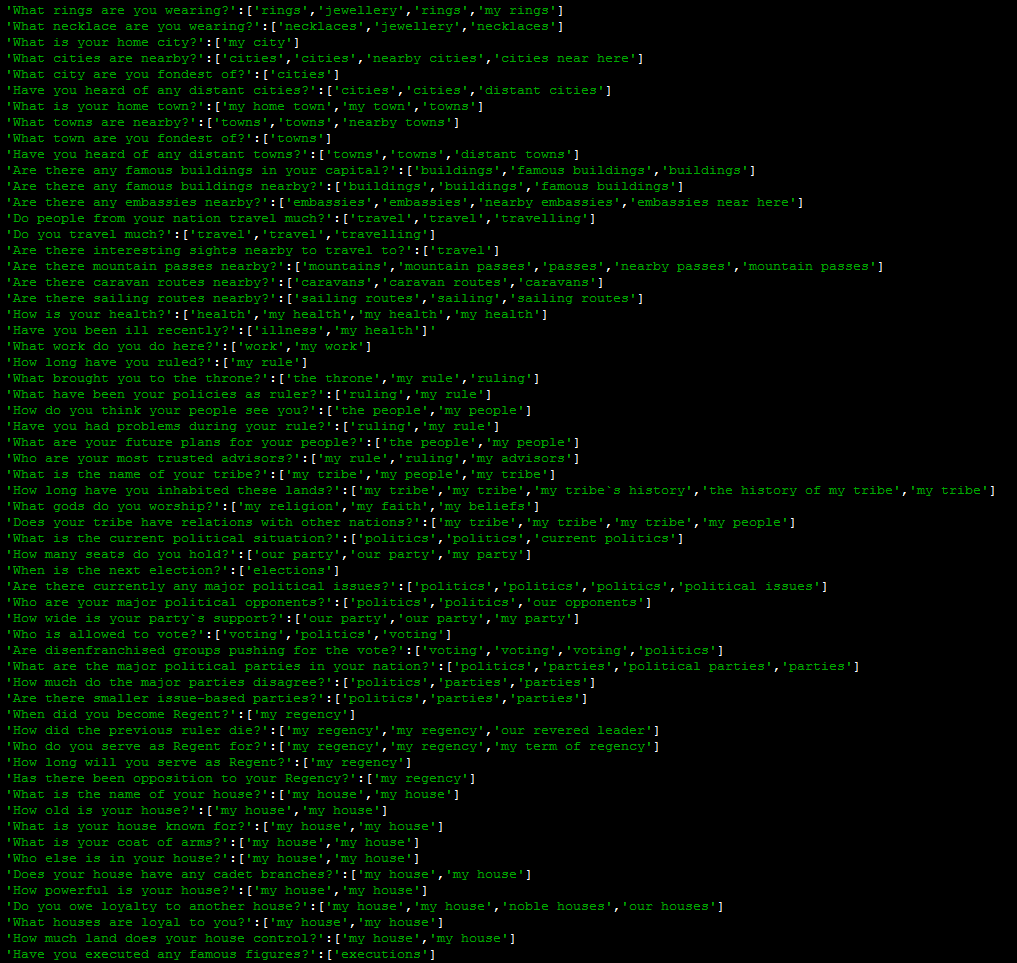 As you can tell, a large part of this week has been writing massive lists! At least next week it'll be back to playing the game itself and seeing how things play, so hopefully some in-game screenshots will come your way next time...

Keepin' my fingers crossed for next week!

Can't wait to see some of this in action.

Thanks! This week's entry has turned out to be another screenshot-free entry, as I was feeling much more inclined to code than playtest, but *next* week will definitely be heavy on the screenshots :). I've now hit a point where I have to check everything is working before I move any further ahead :)