If you want to see the detailed features, visit here ! 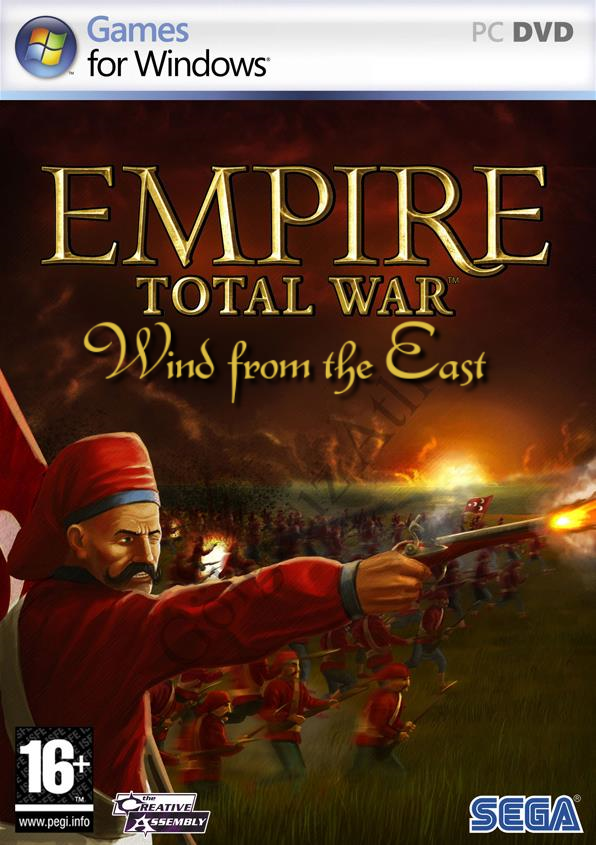 The campaign is generally more difficult and slower-paced.

Losing armies is very clostly. As such, a statu-quo situation in war can lead to great financial duress especially if you do not have a developped industry, infrastructure or trade.

Trade requires goods. If you have no goods to sell, you will make very little money from trade unlike in the base game.

Ottomans and Safavids are very challenging. Definitively be ready to lose regions, face revolts, and stagnate if you are going to play them.

In Empire : Total War, as soon as a unit routs and the battle is over, if you immediately end the battle all routing units are completely destroyed even if everyone in that unit is alive. That is very unrealistic, and makes getting heroic and decisive victories far too easy.

As such, morale has been strengthened. In particular, units with their flanks covered, with an elevation advantage, near their general or inspiring units, or in fortifications will fight a very long time. Although unrealistic, this allows the AI to provide a true challenge.

There is a new firing drill, now all soldiers with a line of sight fire on the enemy rather than having the back ranks constantly waiting. That makes fire by rank and platoon fire obsolete. As such, those technologies have been given other effects ; though those effects are still very powerful.

Elite units now have truly exceptional stats, but come at an also exceptional cost and should not be the main component of your army.

Bigger is sometimes better, the number of lead balls fired by cannons now depends on the size of the cannon making the canister of heavier cannons truly deadly. On the other hand, the heavier cannons take more time to reload.

Swords and Bayonet, Swordsmen have a good defense and fare very well in a prolonged fight. On the other hand, soldiers who use a bayonet in melee have a devastating charge that can decimate a small unit!

Bigger is better, bigger warships no longer have a less competent crew than smaller ones. That means a broadside from a 1st rate battleship is truly a sight to behold, and deadly.

Slow ships have more morale, as slow ships are unlikely to escape, they are much less likely to rout but instead will prefer to surrender if the situation is truly desperate. On the other hand, lighter ships are more likely to rout rather than surrender to the enemy.

Sinking, now the crew will abandon ship later! That means that a slowly sinking ship will keep fighting longer, which looks much more cinematic and epic. That also makes sense in Empire : Total War because even if the crew of a ship abandons its vessel, they all end up drowning.

European Factions have been enhanced. They have been retextured with more beautiful graphics. Many disabled units have been enabled, in effect providing the European factions with many more units.

In particular the Safavids (which would fall shortly after the start of the game) and the Ottomans (that were on decline) have been given technologies that represent that decline, but also the opportunity to reform, at a risk of revolt, to try to overcome your decline.

We have combined elements of the Darthmod AI and Bran Mac Born’s AI. Though because of hardcoding limitations the AI can never be perfect, it will act in a much more reasonable way and will be more willing to engage in diplomacy.

The AI will be more likely to suggest peace rather than fight until complete annihilation. It will also take into account your local strength ; if you have strong armies near its border it will be dissuaded to attack.

Units are now more costly to recruit, but cheaper to upkeep. As such, the best approach is to keep a standing army rather than always recruit and disband units on the fly. As in Empire : Total War replenishment costs money (training new units, providing new equipment), replenishment is now expensive and war can be a true strain on your treasury. It is also impossible to replenish in enemy territory.

It should be noted that some units (heavily armored cavalry - elite units) are very slow to recruit and costly. They are also significantly stronger than their regular counterparts. Don’t try to make armies of only elite units, but rather to include a few elite units in your army for the morale bonus.

It should also be noted that unit sizes are doubled, which makes battles feel grander in scale.

Gone are the days when you had so much money you didn’t know what to do with it. Trading no longer provides you “free money” ; you need to have goods to export if you want to earn money from trade, and as such factions that are able to trade with everyone are much less overpowered. Control of commodities is the most important part of trade.

As previously stated, replenishment now costs you a significant amount of money, and particularly so if you lose elite units, so the choice of whether or not to merge units is much more important.

Garrisons now provide you with either Musketeers or Militia in large units that have decent stats and a very good morale. This was made in an effort to give an advantage to the defending side and slow down the snowball effect.

It now makes sense to build things other than industries in your small cities. Buildings that spawn assassins now also allow for slightly cheaper recruitment of units. Religious schools now improve research and educate the people creating some growth.

Nice mod, well done!
In diplomacy, the give/demand region is disabled, is this because of the mod?

Thank you :).
Yes, because otherwise the AI did wonky things. For example the Native Americans buying regions in Europe...

Can you tell me how to bring it back? I see that you disabled looting regions too... How to add it back in the .pack db-sub file?