Today we reveal the complete list of FCA units in detail.

Currently Morfeo is reworking the AI along the capital ship and strategic management; but today I'm going to recap and reveal the available units that will be present in-game with further details and specifications about them.

As some may know, we don't have aliens in our universe but two opposite human factions bringing the war that rendered Earth uninhabitable to space depth: Free Colonies Alliance and The Coaliton. The two factions quite differ in terms of technology, design and unit types.

Today It's a recap of the full FCA units lineup, with further details and specifications. Good reading and merry Christmas! (hohoho! *cough*)

Weighting around 24 tons full-loaded, this is the smallest vessel in the FCA lineup. Very fast, it's a great interceptor; it's also the most maneuverable fighter in our universe.
Its main downsides are obvious: light payload and armor, weak under tight AA fire. Should be used only to deal with enemy fighters, possibly away from bigger capital ships. 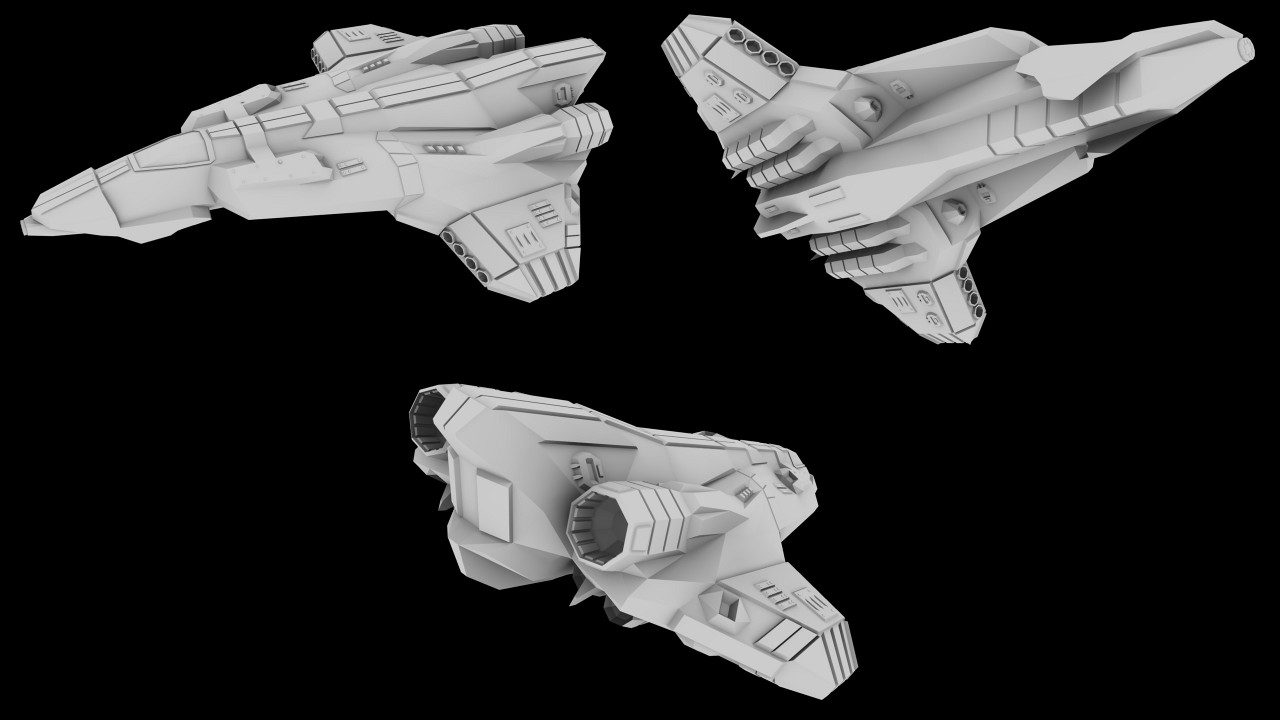 45 tons is its maximum fully loaded weight. Fast, decently maneuverable (although pitch ratio is better than pull), extremely dangerous due to its main, oversized gun around which the entire fighter has been designed. This ship holds a level 3 primary weapon, that means having the firepower of a frigate AA turret on a fighter. By this, it is equally feared by capital ships as well as by heavier fighters, because it can make short work of them in no-time.

The power of this fighter of course relies on its main gun, but ammunition room for it is limited especially if backup weapons are mounted, making it a lot support-dependant for reloading. By this, a wing equipped with this fighter should be backed up close by a dropship. So much firepower also has another cost: the heat produced by the operation of the main gun, is hardly dissipated, making this fighter effective but almost harmless if overheating isn't kept under proper control.

This fighter follows the same concept of the Warthog medium fighter: firepower. It practically doubles it by adding, along with a level 3 primary slot, another secondary slot of equal level. This fighter can employ both heavy capital ships ordnance types without being a proper bomber, since its agility is still decent and can be used also to engage other fighters as well, when properly configured.
However what has been said for the Warthog works well for the Cormorant: this fighter needs support, although ammunition room is slightly better than the medium fighter, carrying heavier nuclear or concussion anti-capship warheads, won't leave much room for the ammunition of the primary gun or for the backup mounts. Finally, despite having two light slots that can mount both primary and secondary ordnance, the available loadout variants are somewhat limited.

This is practically a concentrate of firepower for point defense, being almost as dangerous as a Mistral frigate when deployed to guard critical targets. It is displaced (and reloaded) on the battlefield by a dropship in the required location; it then can float around defending the area from enemy capital ships thanks to its double level 4 cannon.

Self point defense is run by two level 2 AA turrets and by two secondary missile wells located on the top of the hull. Thanks to this, it is a small concentrate of danger both for fighters passing by as well as for enemy larger ships. To be completely effective, however, it might be wise to be supported from friendly units or enemy fighters may make short work of it if left unassisted.

This vessel is a concentration of anti-capital ship power as well as short range AA fire in a relatively small and thin pack. The whole ship in fact is built around a level 4 primary gun, and its muzzle is clearly visible on the front end of the hull. Four level 2 turrets and some equal level missile wells complete the rest of the armament. The ship is clearly built for anti-capital ship warfare in those scenarios in which a frigate isn't yet available or officers need a faster moving asset.
Of course this ship is extremely effective both attacking heavier enemy vessels and defending from fighters, but ammunition for the primary gun is limited (refill from a dropship might be needed during heavy duty) and should be supported by allied fighters.

The pinnacle and most widespread capital vessel in FCA operations, it's a multirole ship capable to insert, host and support a wing of fighters in any operative situation. Fighters take off through the front launch tube, while can land on the two pads that are located in the upper-rear part of the hull. A multiple missile launcher well is located in front of the central pad. Short range self defense is provided by two level 2 turrets located in the lateral mid-section hull on the wing edges. This ship is crucial for the wing of fighters that carries and shall operate in close support with them. 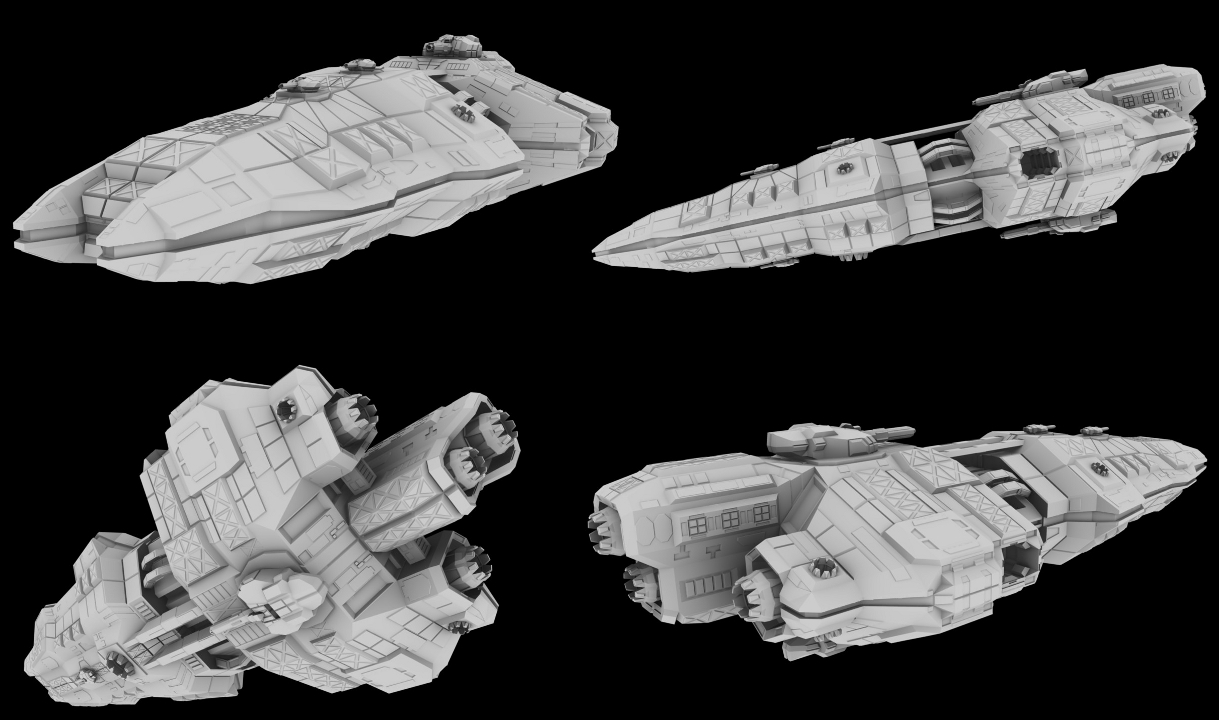 The biggest ship available in game, the Mistral is the top notch multirole vessel of the FCA units. It carries and hosts up to four full wings of fighters, spots several weapons and it is the hardest vessel to confront with. Its armament consists of three level 3 AA turrets in the front section (two located upwards, one downwards), along with multiple missile wells located in the upper front end as well as others facing the sides of the rear hull, where the main engines are located. Finally, two anti capship level 4 turrets in the rear section of the hull are extremely useful when dealing with enemy heavier ships and make this vessel a real deal, because it won't be necessary to maneuver that much in order to aim these guns. Fighters take off from two different launch tubes each one facing the side of both wingtips; four landing pads are located in the vicinity of the launch tubes, facing upwards and downwards on both the rear wingtips.

Enough renderings, here some ingame screenshots for the next's week update about The Coalition's Units: 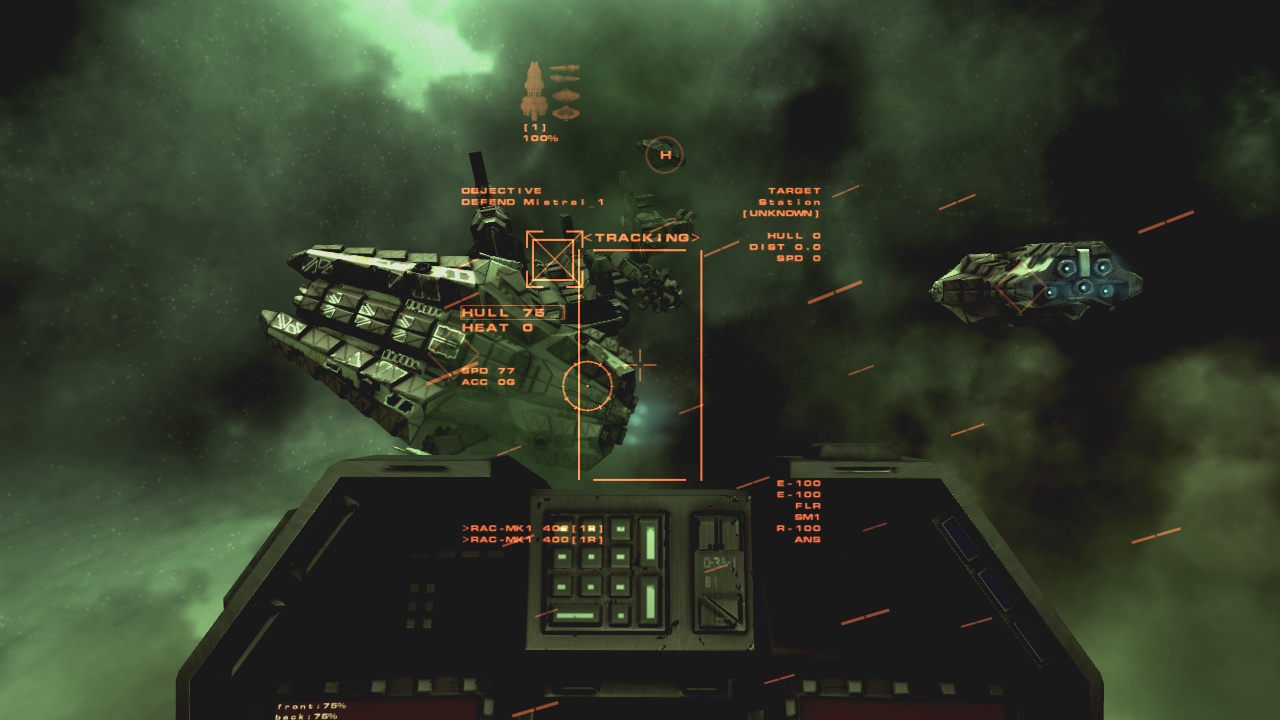 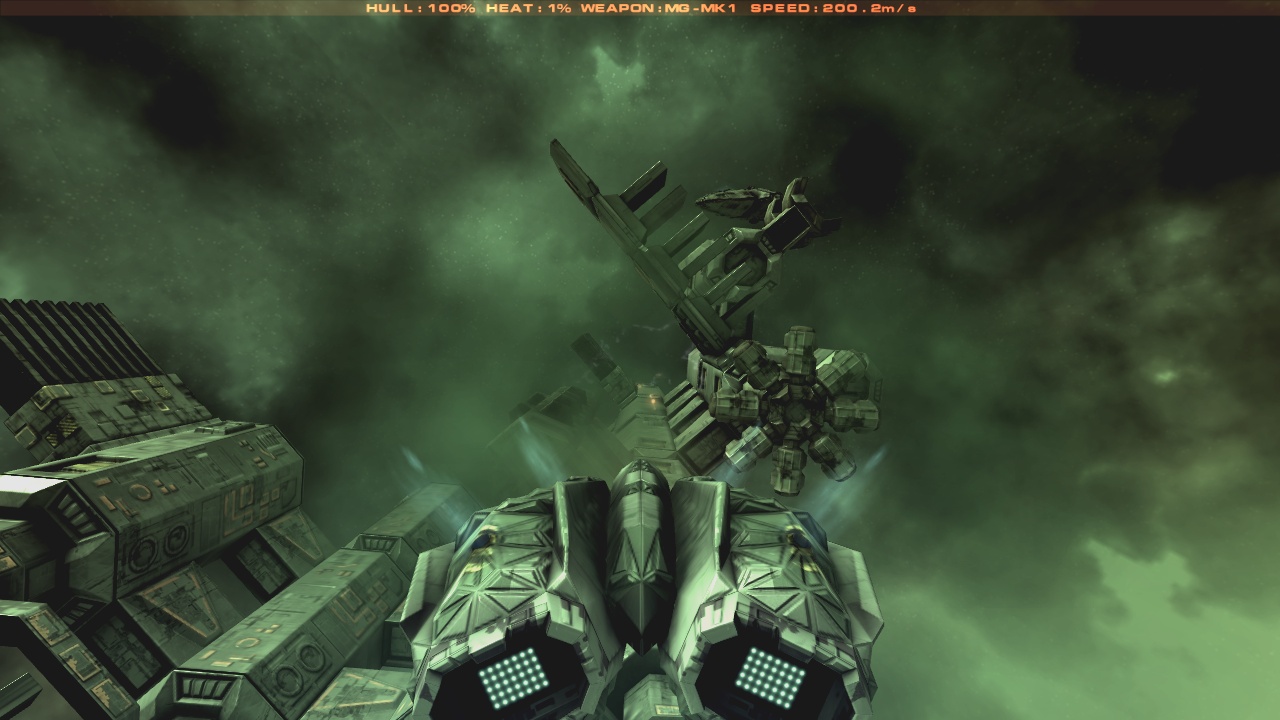 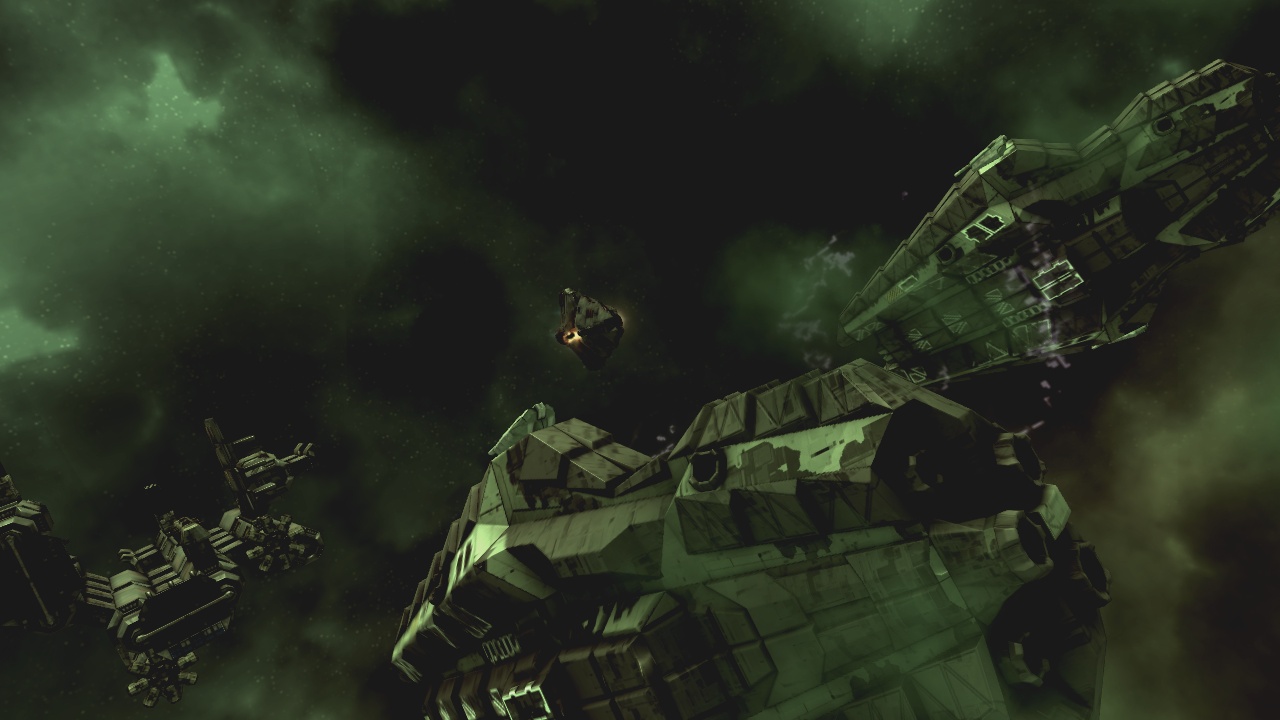 You can find more and discuss in our forums as usual!

Really excited for this, looks gorgeous.

This reminds me of so many good space games, mainly Freelancer and Homeworld 2.
It's the kind of impression that even if you find gameplay to be nothing extraordinary, you still want the game for the graphics :D

Looking great as always! It was nice to see the whole list of ships in order like that. Gah, so many simulations going on inside my head now!

awesome...can't wait till next update