Rise of the East is a mod for 0 A.D. that introduces a playable Chinese faction complete with a brand new immersive single-player campaign! In the past few weeks, our focus has been a combination of improving the accuracy of our design documentation with the help of some native speakers and filling in the Chinese building set.

In the past few weeks, our focus has been a combination of improving the accuracy of our design documentation with the help of some native speakers and filling in the Chinese building set. Let's introduce some of our newest members:

Yan Li is a student from Tianjin, CH (though currently living in France) who has offered to help us translate and do some research for our civilization. In addition to fixing some existing translation errors, Yan has been sifting through our reference library for any inaccurate images and testing out the current state of the project.

Jie Luo is a history enthusiast from Australia who, having been born in China, has a substantial amount of knowledge pertaining to the Han dynasty. Also a native speaker, Jie has been helping us correct some of the awkward names that currently exist in our design documentation.

Dino Valdez is a 3D Artist from Washington, USA who has worked with Wildfire Games in the past and has expressed interest in contributing to the Chinese faction. He is responsible for several buildings not yet shown in our screenshots. 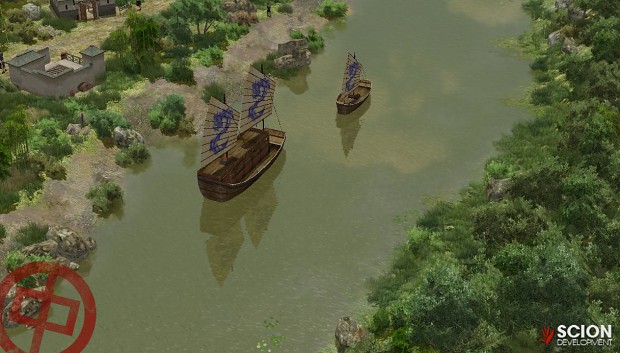 Though these are the only three members who have been recently inducted into the team, they are not the only ones who have contributed to the project in recent weeks. Several applicants not yet listed have been of great value to the project. To help manage the recent influx of art applicants, we've decided to elect Matthijs de Rijk (EmjeR) to be our new Art Department Head! He'll be helping select applicants to join the team, distribute tasks, and help flesh out the kinks in the art assets and the design coherency as a whole. As a member of Wildfire Games, Matthijs is very familiar with the desirable art direction and will undoubtedly be able to ensure that China fits seamlessly within the 0 A.D. environment. 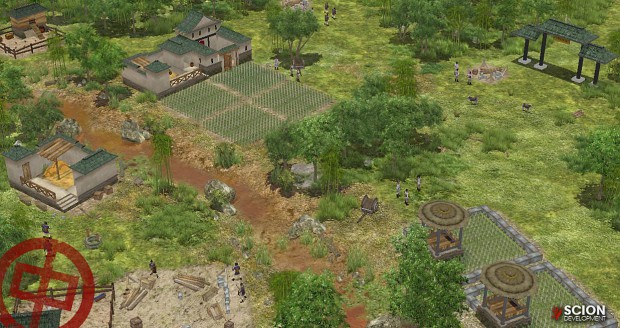 One thing you may have noticed that stands out in the screenshot above is our introduction of paddy farms. As an alternative to traditional wheat farms that other factions can build, the Chinese may construct paddy farms. They are a bit more expensive but they replenish faster than wheat farms, allowing the player to task more gatherers on it without having to worry about their farms depleting rapidly.

Mod development at this stage of the engines development is a risk but also goes to show fans and modders don't care, it's all for the love of their ideas! Best of luck. I can't wait to see what comes from this and your icon rocks

As Daniel (Gen.Kenobi) pointed out, several of our members are also members of Wildfire Games, and we can therefore be assured that our mod will at no point be rendered obsolete. Being that this is the first implementation of a mod in 0 A.D., the development team itself is taking note of ways that we can make it easier for modders in the future. You could see this as a sort of proof of concept.

Actually it's all about proving that the engine can be and is completely modable, since part of the guys working on this mod are also working with the core game dev. team.

This guys looks really awsome, its a petty i am still on the early stages of learning web development, if not, i would be really happy to apply
Maybe i can do some 3d for you, check my profile to see some images of my work

Maxi, didn't I talk to you about joining Wildfire Games once?

As far as web development is concerned, we actually need someone who understands backend development (PHP, MySQL etc.). I know how to do front end stuff pretty sufficiently (HTML, CSS, JS).