Early look at screens from the editor used to create Explosionade.

Posted by MommysBestGames on Dec 2nd, 2010

Making Explosionade and designing all those intricate little rooms to house intelligent and nasty aliens was a lot of fun. It's garnered a lot of praise and we're really proud of it. We used an in-house editor written in Dark Basic to build Explosionade levels. 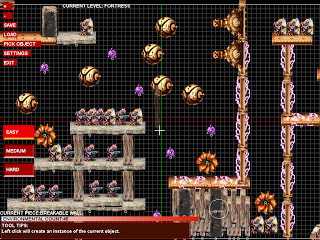 Early view of the public ExplosionadEditor with a level jam-packed with dangers. Because it was used internally there were lots of little quirks we let go by. But what if we let everyone use the level editor? Wouldn't that be cool to see what kinds of crazy designs that could be created? To that end, the ExplosionadEditor has been getting more polish and more features to make it suitable for mass usage. 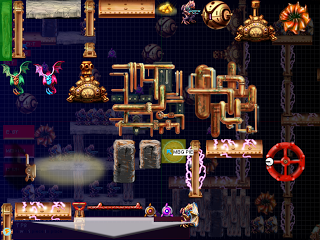 Here we see the visual picking tool, which lets you find any gameplay object with ease. Of course the question on the tip of your tongue may be: Why would I use an ExplosionadEditor if I can only play Explosionade on my 360? That looks like a PC editor, with a mouse--not something I can use on my Xbox 360.

That's true.. it's not for the 360.. if only there were a version of Explosionade coming to the PC soon. If only... then maybe it would include a built-in editor, and the game would let you play custom levels or even custom campaigns... if only. (We should have a formal announcement soon! :)

Check out the video showing a room idea going from sketch, to design, to play!

The website wholesale for many kinds of fashion shoes, like the nike, jordan, prada, also including the jeans, shirts, bags, hat and the decorations. All the products are free shipping, and the the price is competitive, and also can accept the paypal payment., After the payment, can ship within short time.

Believe you will love it.