The end of the world is nigh! Indy developer Reverie World Studios is proud to announce the release of the “End of the World “ expansion event for its siege combat MMORTS game - Dawn of Fantasy. This free massive expansion event unleashes the power of the dragons and has completely transformed the game world – cities lie in ruins and others are held by Dragon Kings and their minions. 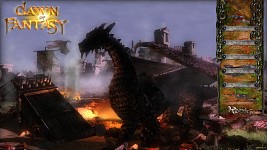 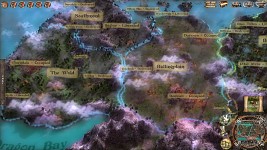 Players are invited to fight for survival and reclaim the online game world from the Dragons before it all burns down around them. Working alone or in co-op mode players will fight to overcome the greatest foe imaginable as they battle to liberate cities and push back the dragon threat.

This massive expansion event comes with an impressive feature list: 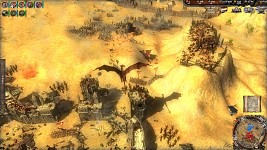 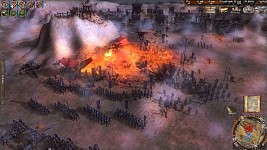 Get ready to experience Dawn of Fantasy like never before. With fantastic siege combat in a persistent online world environment, players will build; trade; ally and siege with hundreds of other players as they try to rid the world of the Dragon menace in the most elaborate persistent MMORTS game on the market!

hmm........ standart idea-evil dragons, captured cities and killing the innocents and warriors form th human kingdoms heroically repel the attack/ How often i have seen this kind of fantasy(( i even begun to dislike an entire genre ...=((( why there is so much fantasy games which alloW just dragonslaying, not play for the dragons not even to ally with them?(((

Yes why can't all fantasies be based on talking animals we can make friends with? Why not make some kind of animal friend simulator we can all enjoy?

Come on guys there are enough "Good" dragons in fantasy games too, but will that stop us from hunting them down? It hasn't in real life either has it.

You can actually can control and play with Dragons in Dawn of Fantasy:)

Because most game-devs and fantasy novel writers have the creativity of a dimwit?

it's a f***ing game not a novel. It's about gameplay and to lesser extent about the story.

They do... you just look the other way.