On this week update i will represent to you, the Dwarven Faction, and all its new features in BotTA mod

Dwarven faction is the slowest faction in the mod, but has the most strongest defence and infantry. Their slow movement speed is redeemed with strong armor that Dwarves are capable to make. In order for Dwarven faction be unique in gameplay, lots of changes have been made so it differs a lot from vanilla game. 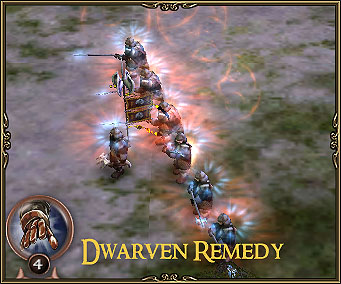 This power heals your troops up to 65% of their health. 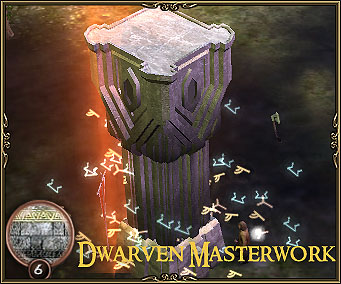 "Rallying Call" is replaced with "Horn of Erebor" 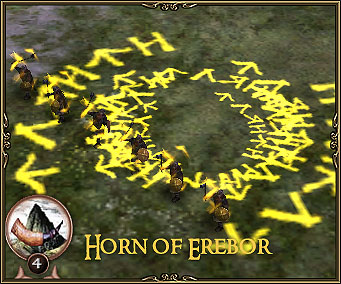 This power gives 20% Speed and 60% Armor to your units. It also gives total knockback resistance for one minute.

"Men of Dale" power is replaced with "Dwarven Grudge" 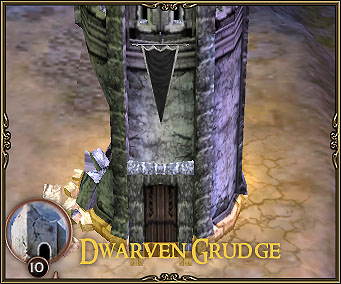 This power is important for your Heroes. Their powers will recharge 10% faster and they gain Experience 15% faster. 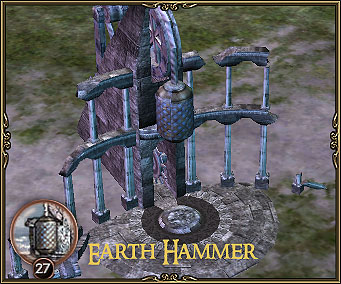 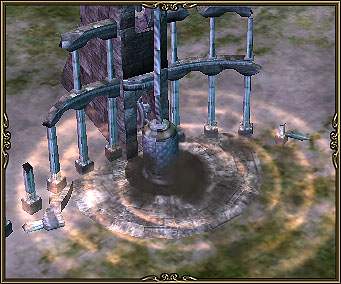 Earth Hammer using Undershake
This power summons Earth Hammer structure, which have the ability to create small earthquakes anywhere on the map.

Dwarven faction contains 3 subfactions. Khazad-Dum, Erebor and Iron Hills. In the beggining you will have only Units from Khazad-Dum. But since Khazad-Dum diminished and abandoned, Durins folk scattered across Middle Earth. So in the beggining of the game you will be only able to train Khazad-Dum infantry. In odrer to complete your army, you can gather dwarven from other Dwarven holds to your camp.To do that, you have to select "Gathering of the Dwarves" button in your Fortress

Each of the upgraded subfaction brings new units and bonuses to the faction."Dwarven Riches", "Lone Tower", "Arkenstone" and "Horn of Erebor" are available once you upgrade "Dwarves of Erebor". Also, Erebor Guardians, Phalanxes and Axethrowers are available for training when you get this upgrade.Iron Hills doesnt bring many bonuses, but brings wery important ones. Once you get "Dwarves of the Iron Hills" you can construct Catapults and build Iron Hall. From Iron Hall you can train Iron Sentinels, one of the strongest unit in the mod.From Iron Hall you can also train Runemasters, who are wery important for Dwarven Faction.The Runemasters are Dwarves who have ancient knowledge of dwarven crafts and arts, and can support your faction with their runes
.

Runemaster can be specialized in supporting your Units or Buildings.

Dwarves were also well known for finding mithril. That is a rare metal found only in the depths of Moria. Dwarves used mithril to create many useful and beautiful things. They also used it to create weapons and armor for their armies. In vanilla game, you can purchase Mithril Mail at Level 3 Forge Works. But, in BotTA mod, it's not that simple.First, you have to buy "Expedition to Moria" upgrade.

When that is upgraded, you can build Mithril Mine. 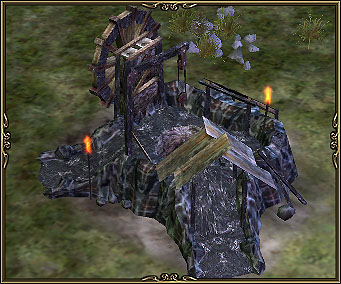 Mithril Mine is a location site for Mithril. When you build Mithril Mine, you can start digging by upgrading "Mithril Excavation".

When you dig deep enough, you can start searching for vein by upgrading "Truesilver Vein", which can take a while.

When you finally find the vein where mithril is, you can begin to extract it with "Mithril Extraction" upgrade.

Once extracted, you must upgrade "Mithril Processing"

to begin its processing in dwarven forges and smithies so it can be used for armor and weapon construction.

Dwarven Heroes
Along with new textures, Dwarven heroes recieved some new abilities, in order to help them in their role in the gameplay and bring them closer to the book lore

King Dain
Dain is the main hero of the Dwarven faction and he is one of the toughest heroes in the mod. Dain is mainly the defending hero who leads his dwarves with exellent leadership. He also exells in units upport with "Mighty Rage", that buffs and heals units, "Kings Reward", which is his new ability, that gives good amount of experience to units and his "Royal Guard" summon which allows him to summon his best warriors at any time.

Dwalin
Cousin of Thorin Oakenshield, he represents Blue Mountains in Dwarven faction. Dwalin is quite strong warrior with lot of battle experience. He is a classic fighter, who will rush into enemy ranks with no hesitation. He can inspire enemy units with fear when he smashes with his hammer or stun them with his mighty battle cry "Echoes of the Blue Mountains", or use "Dwalin's Persistance" which makes him nearly unstoppable.

Gloin
Gloin is a father of Gimli and a member of Thorin's Company. He is generally a siege hero, because most of his abilities are exellent against structures. His "Slam" power can deal good damage to enemy structures or you can use it to knockback enemy units. With "Shake Foundation" you can disable structure or you can inihillate entire group of units with his "Earthshaker". He in turn can be good structure supporter with "Dwarven Rudiments" which gives 75% Armor when casted to allied structure.

Gimli
Son of Gloin and a member of the Fellowship. He is a pure fighter hero as his abiloties focus mainly on single target or a small group of enemy units. U can use "Axe Throw" on a single target or "Leap Attack" to knockback enemies in small radius or use his well known "Slayer" to quickly eliminate some stronger enemies. This abilities, combined with his new "Orc Hunter" passive ability, which gives him 20% speed makes him exelent unit counter.

Dale Minifaction
City of Dale has always been under the protetion of the Dwarven kingdom of Erebor. In turn, Dale always helped dwarves whenever needed.Dale is available once you upgrade "Men of Dale" in your Fortress.

After that, you can build Dale Town Hall (located in builders Palanir commandset). 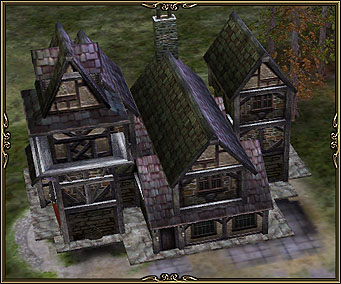 From there, you can train Dale Swordsmen and Dale Archers. Although theese units are not so strong and tough, they are fast and cheep, can be upgraded and be trained quicker than dwarven units. From Dale Town Hall you can also recruit Bard the Bowman, he is the new hero for dwarves that replaces Brand from vanilla game. He is an exellent leader for Dale units that provides leadership for them and can give them experience with "Dale Training" ability. He is also exellent in slayng dragon units with "Black Arrow" aibility that delivers massive damage to dragons. 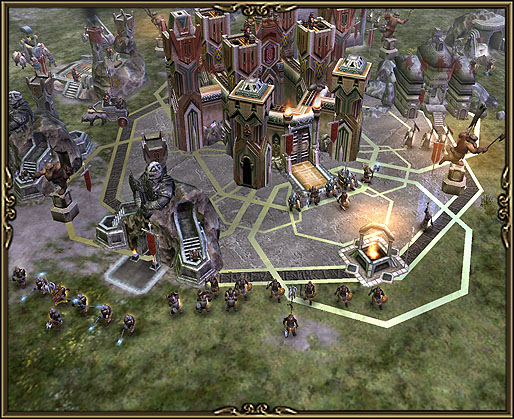 Only one missing here is Thorin Oakenshield

congratulations, thorin for the next!