2021 just came through our gates! The new devlog focuses on January 2021 and the development that has been going on from the beginning of the year.

Note: All names mentioned in this article refer to the names of people on Rise of Mordor's official Discord server. Join us there for exclusive previews and news about the mod development!

Welcome to our development log for January 2021! Hopefully the first of many DevLogs that will pop up monthly on our ModDb page during the next year. I suppose this is also a good time to introduce myself - I'm elijy, the new Community Manager, and I will be your host for this tour of the work that has been done in the last month. And let me tell you: January was a great month for our team! As you will see...

Ah, modelling! The heart of the mod. Who doesn't like to see new shiny armors and axes, spears and - dwarven faces?! Yes! January 2021 will be known forever as the month in which the Sons of Durin awoke, for the Dwarven faction of Erebor got a full overhaul of its roster. Our loyal developers Froostie and fuzzyhdog have been working nonstop in their forges, to bring to life the children of Aule - with solid help from ScouseSicario.

The Tier 1 Dwarven Company in all its glory! Their mighty beards (do not pull them!) and their fearsome faces were developed by ScouseSicario and Froostie respectively.

Tier 2 Mattock Warriors, by Froostie. Mattocks resemble the mining cult present in the Iron Hills for many lives of men. It is a sacred weapon to the dwarves, both used for hewing stone, and hewing skulls.

Tier 4 Iron Guards, by fuzzyhdog. The final overhaul of the most notorious Dwarven unit as seen in The Battle of the Five Armies, reshaped by Froostie to fit the new dwarven body!

And finally, the one unit you've seen all over Froostie's streams. Tier 4 Ered Mithrin! The Dragon-Slayers of Ered Mithrin stand in defiance of the winged usurpers, the last remnants of Morgoth's foul beasts

But what would the Dwarven Lords be without their goblin foes? Early work has begun on the Goblins of the Misty Mountains as well! Haganaz - whose name you might know from the splendid work he did on the UI in the latest 0.3.5 release - has been meddling in the breeding of orcs and has prepared a few assets just for your eyes to see.

Kill the dwarves with rust!

Progress with our first custom beast - the troll - is always being made behind the scenes. We are currently reworking the whole skeleton, rigging and animations that we prepared for you in the past, as our knowledge on the matter is getting better and better!

So no previews on that today, I'm afraid, but rest assured - you will see a troll in the mod very soon!

This has not been the best month for mapping... If you take out Dale! Behold the capital of the Kingdom of Dale, the great city of the men of the North and a symbol of friendship between them and the Dwarves of Erebor. This siege map is fully functional, although the Gates of Erebor are being worked on, but they will be ready in no time for everyone who wants to re-create the Siege of Dale or the Battle of the Five Armies, either in singleplayer or in multiplayer. 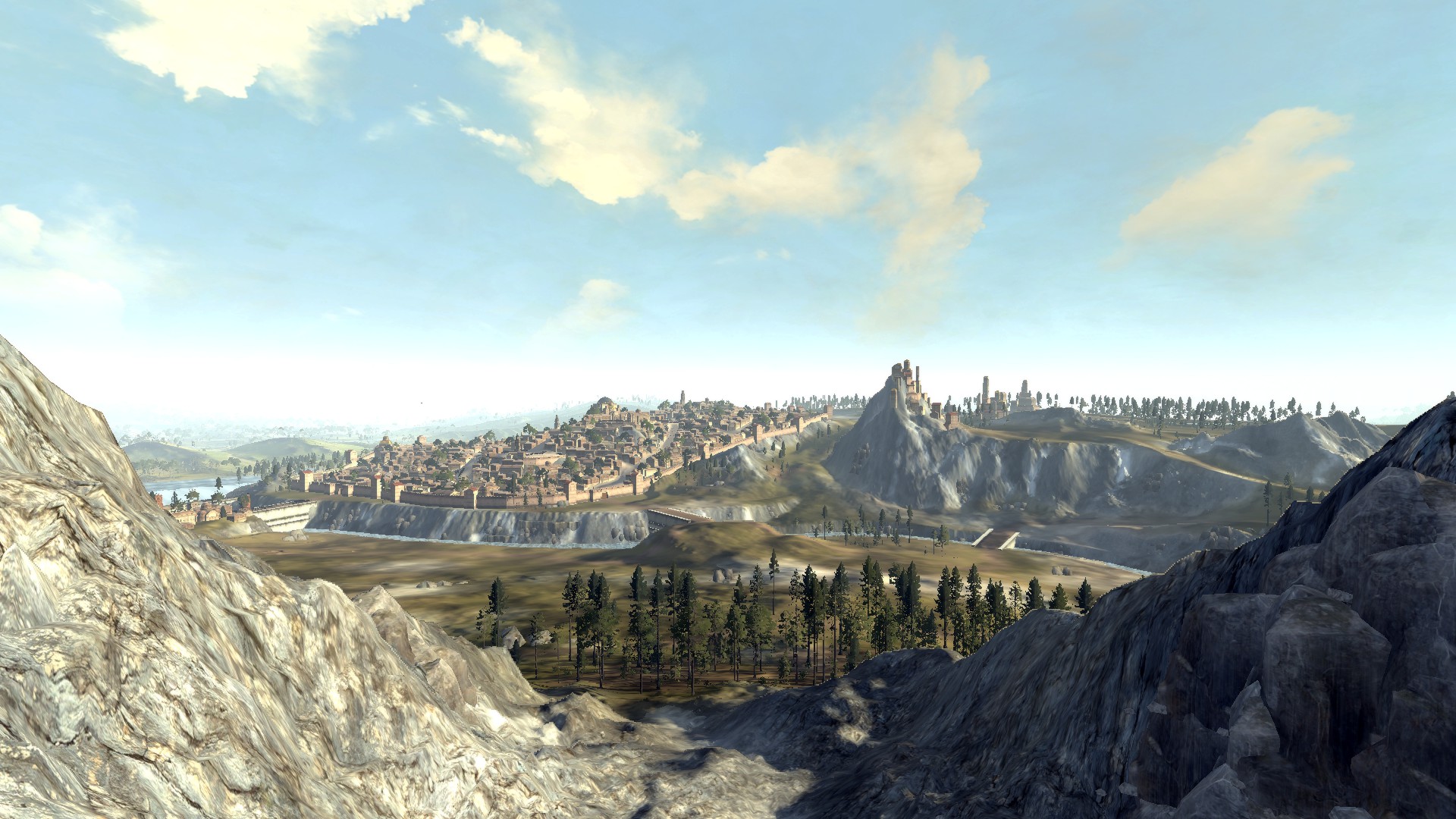 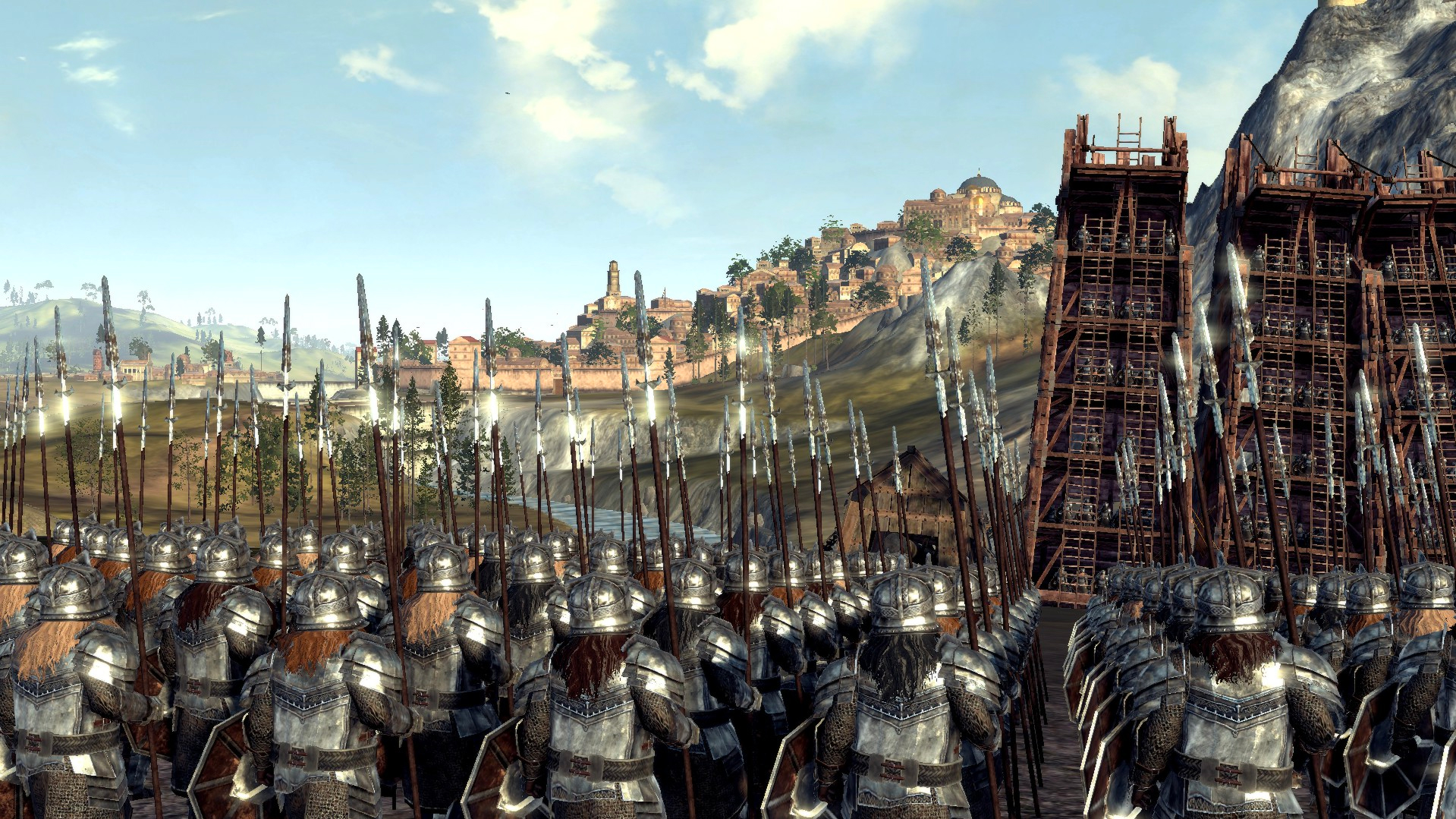 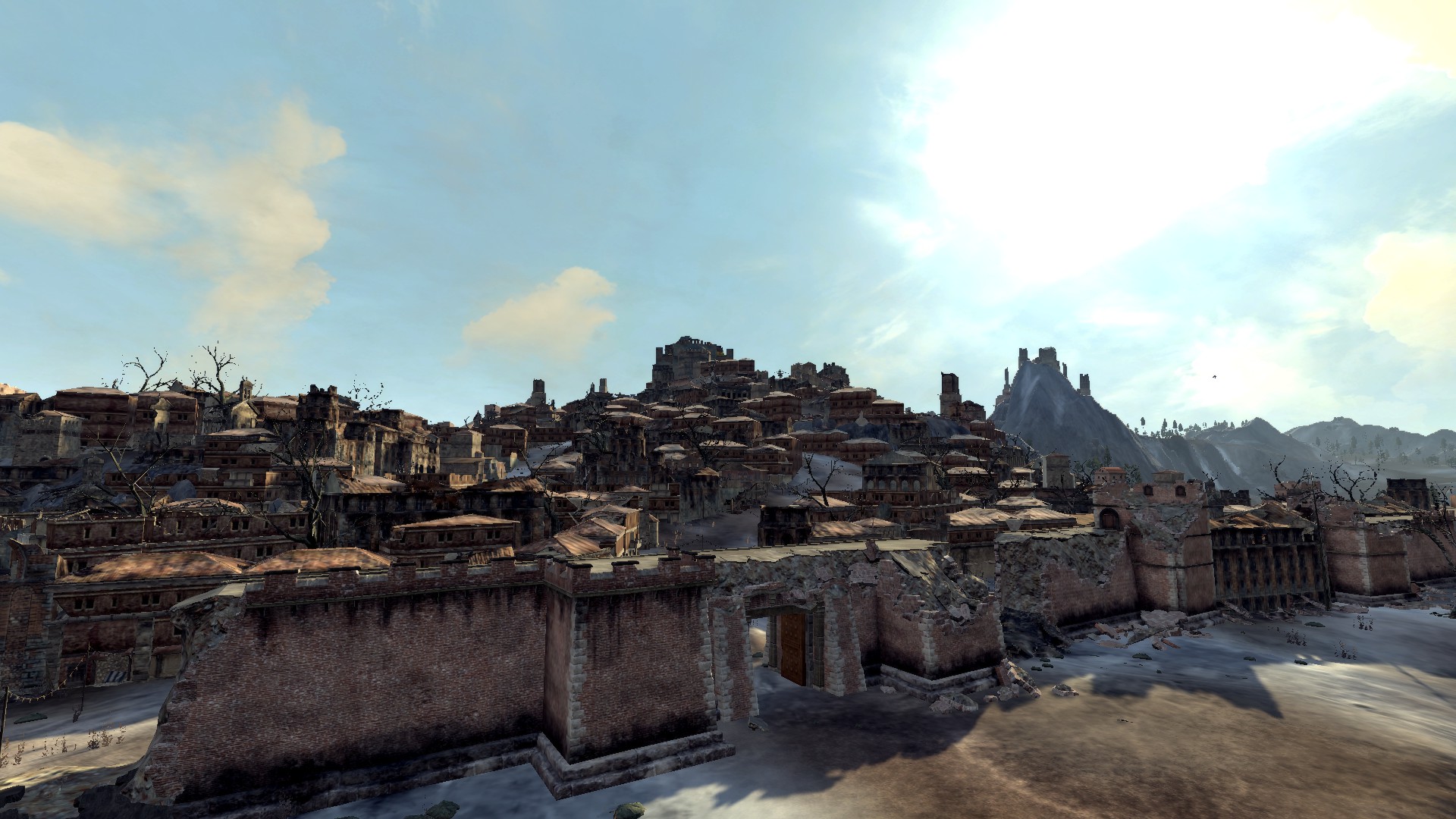 And finally, a version of the ruined Dale as seen in the Battle of the Five Armies movie!

Almost no work has been done on architecture during the month of January, but we are sure some more assets will sprout up in due time. In fact, the Gates of Erebor are being worked on right now, by none other than the Dwarf-Lord himself, Froostie!

As you may very well know, the mod is going to be fully customized with audio from the Lord of the Rings. Characters will have voices and orc units will scream and roar after their enemies! To do this, in the past, many people volunteered to work on the enormous spreadsheet of audio files. No more! FrogSucker has been working on a special tool that can transcribe game audio to readable text, which is going to make our work significantly easier.

The next release will hold some joyful news for our balancing as well, as we set out to make battles run and feel much smoother than in previous versions. Units will behave more naturally and more according to what you expect them to do - be it in combat, when shooting missiles (also - faster rate of fire for all archer units!), or when they are moving into formation.

Moreover, a brand new system for unit sizes and unit health has been developed. This will make Elven, Dwarven and elite Dúnedain units feel a lot more unique and greatly diversify the gameplay for factions of different races. Elves and Dwarves now have considerably fewer numbers, but are a lot harder to kill, whereas Orc factions are now considerably stronger if they manage to use their numbers well to flood the enemy.

On top of all this, we have developed a brand new system for morale. Totally routing the enemy will become a far more relevant tactic in Rise of Mordor.

Where is the campaign?! Do not be hasty, nor hopeless, for our campaign is thoroughly being worked on as you read this log! Recently, our team has been turning their heads on roads, rivers, cliffs and beaches, to ensure that every dusty and remote angle of Middle Earth is properly represented on our map. We have nothing to show you yet, but we leave you with our most recent video on Gondor and its future mechanics. On our official YouTube channel, you will also be able to check our previous streams on campaign development.

Similar to other development logs, January was rife with new concept art - all made by our phenomenal Maeron and Edred. 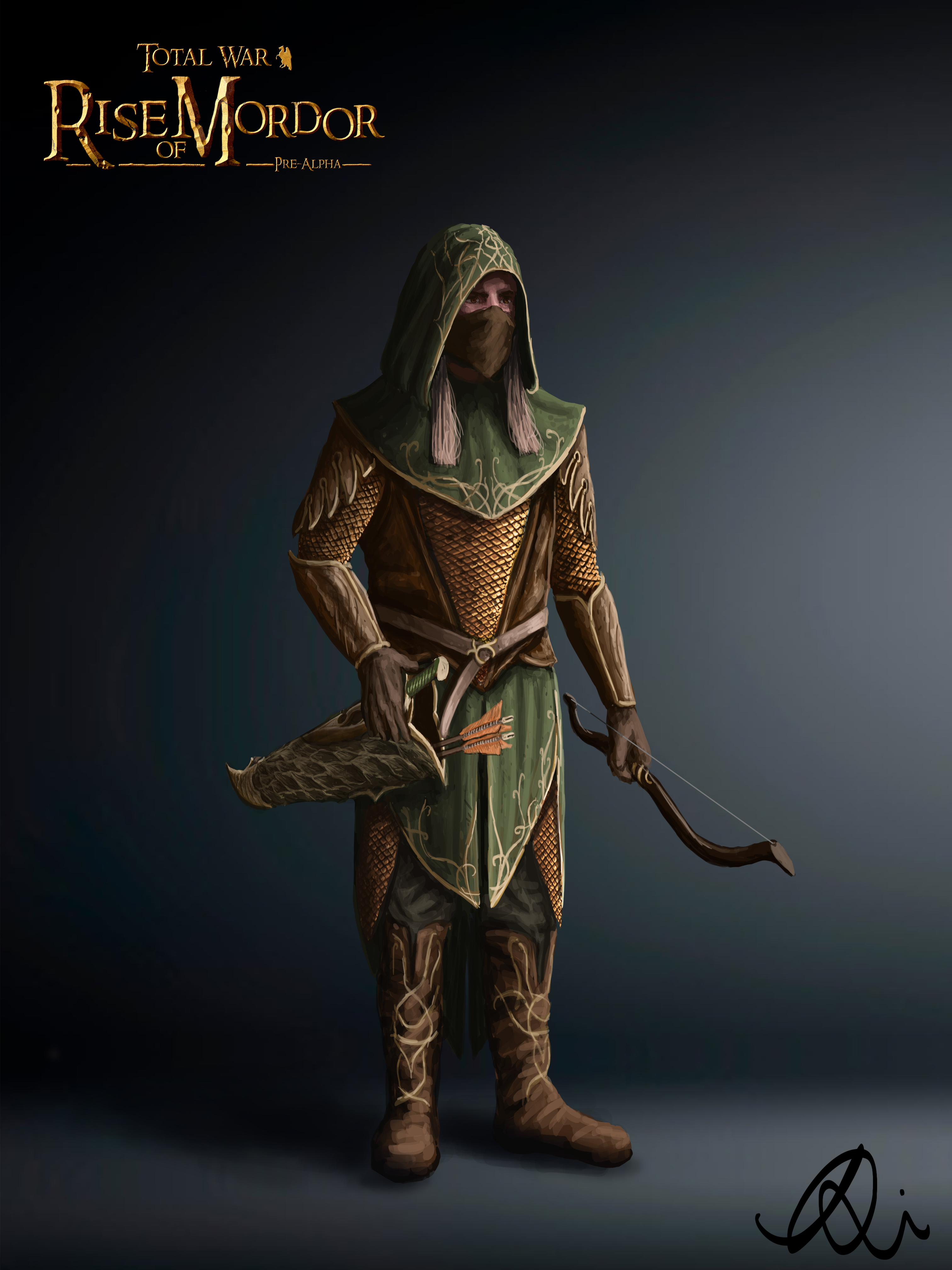 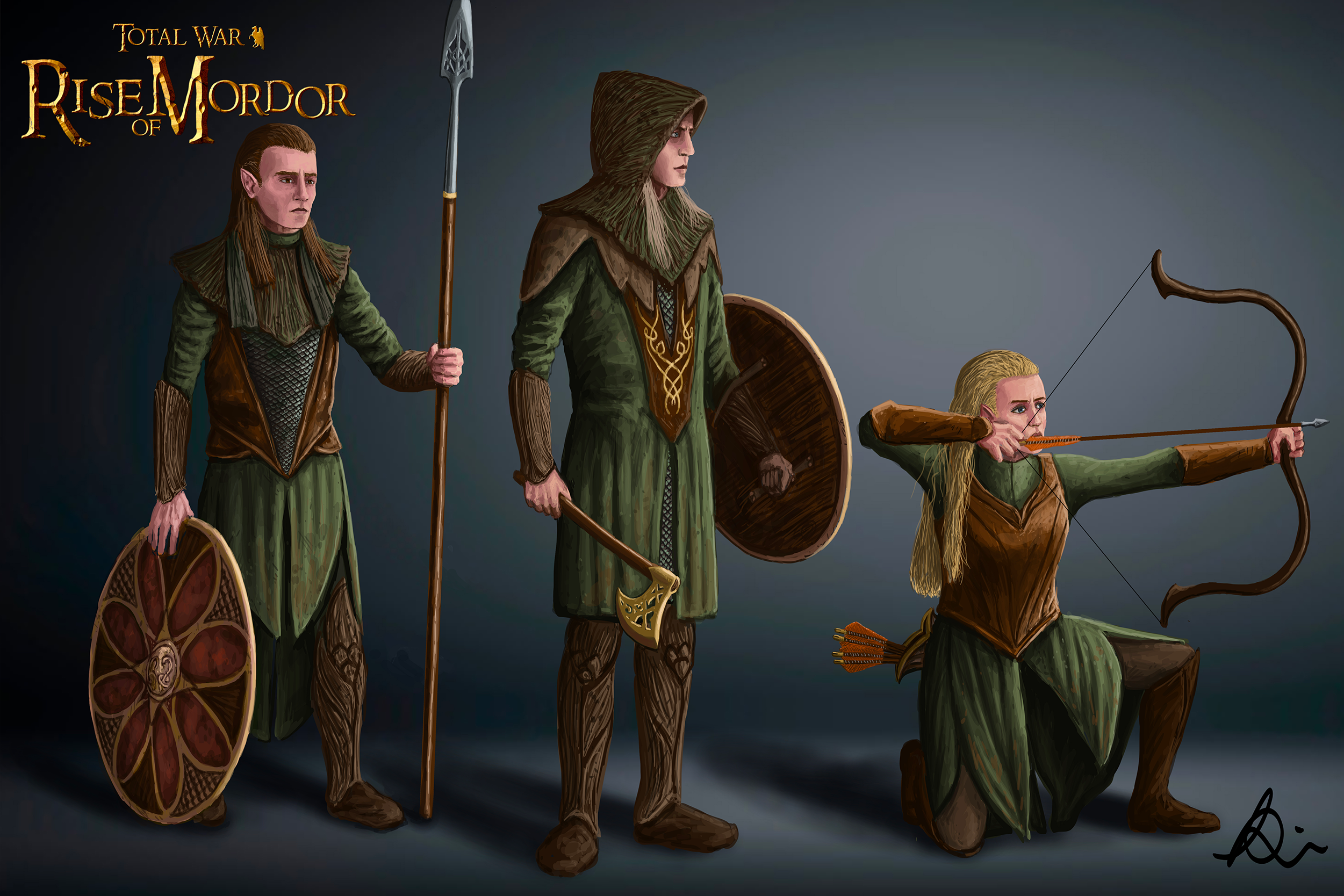 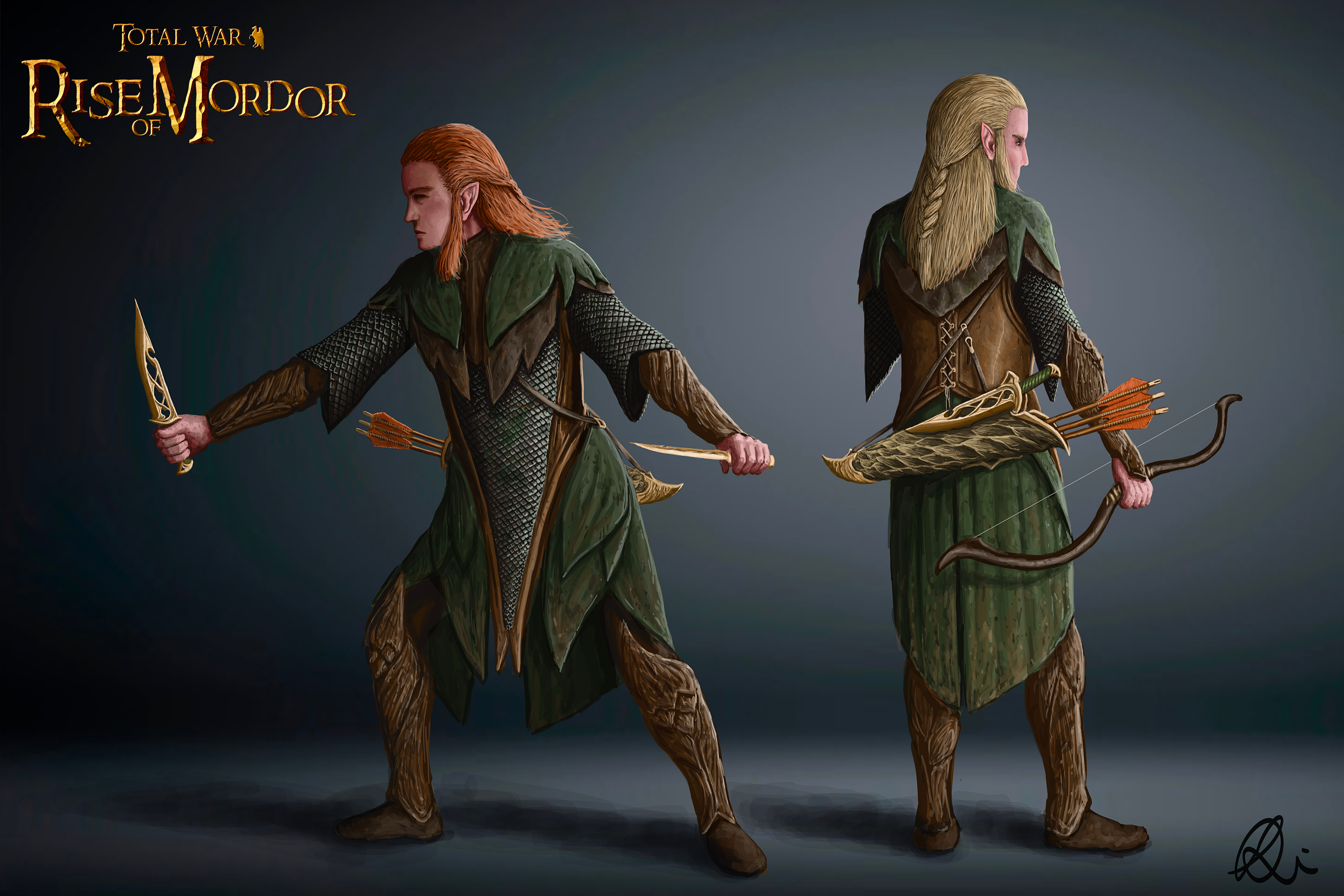 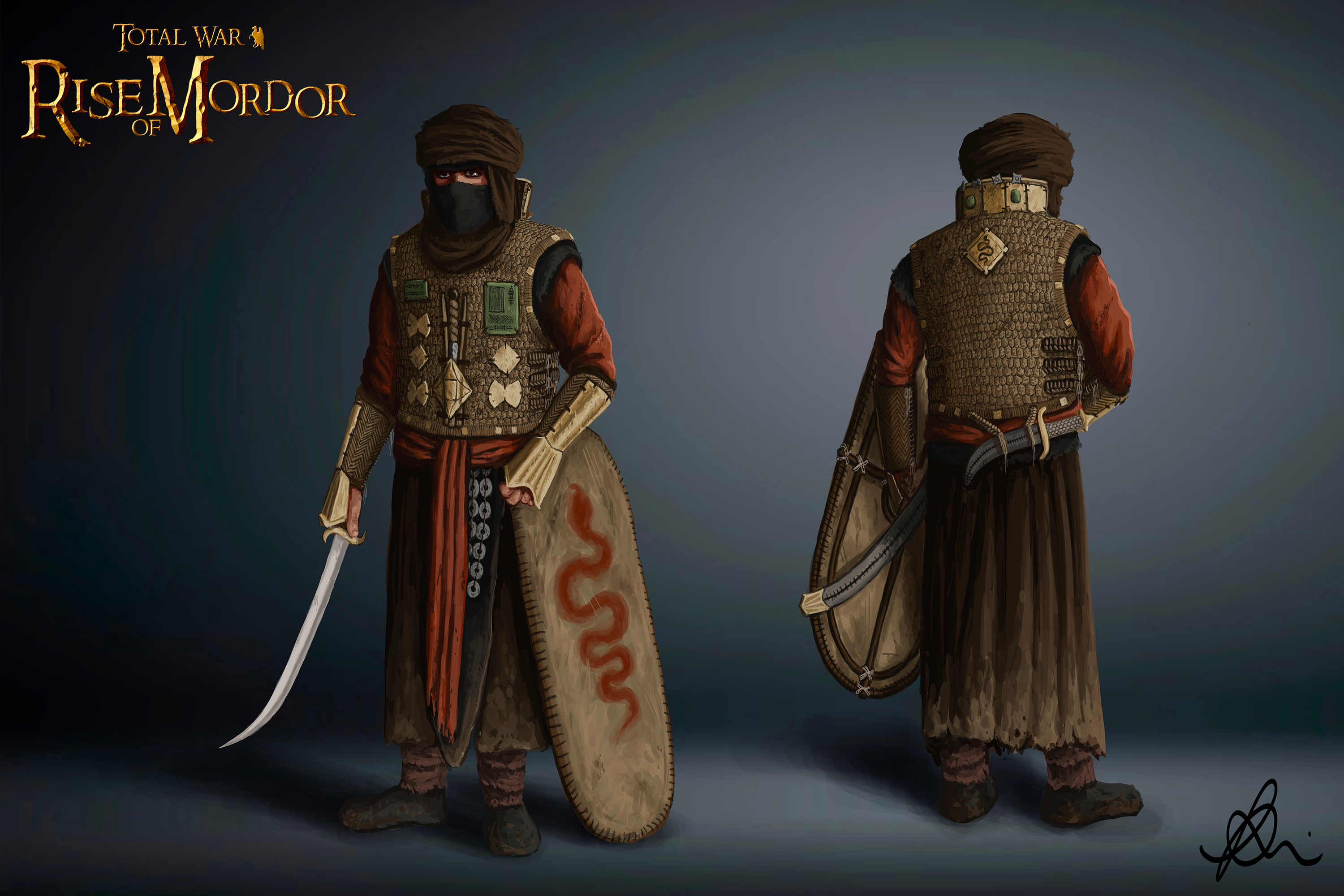 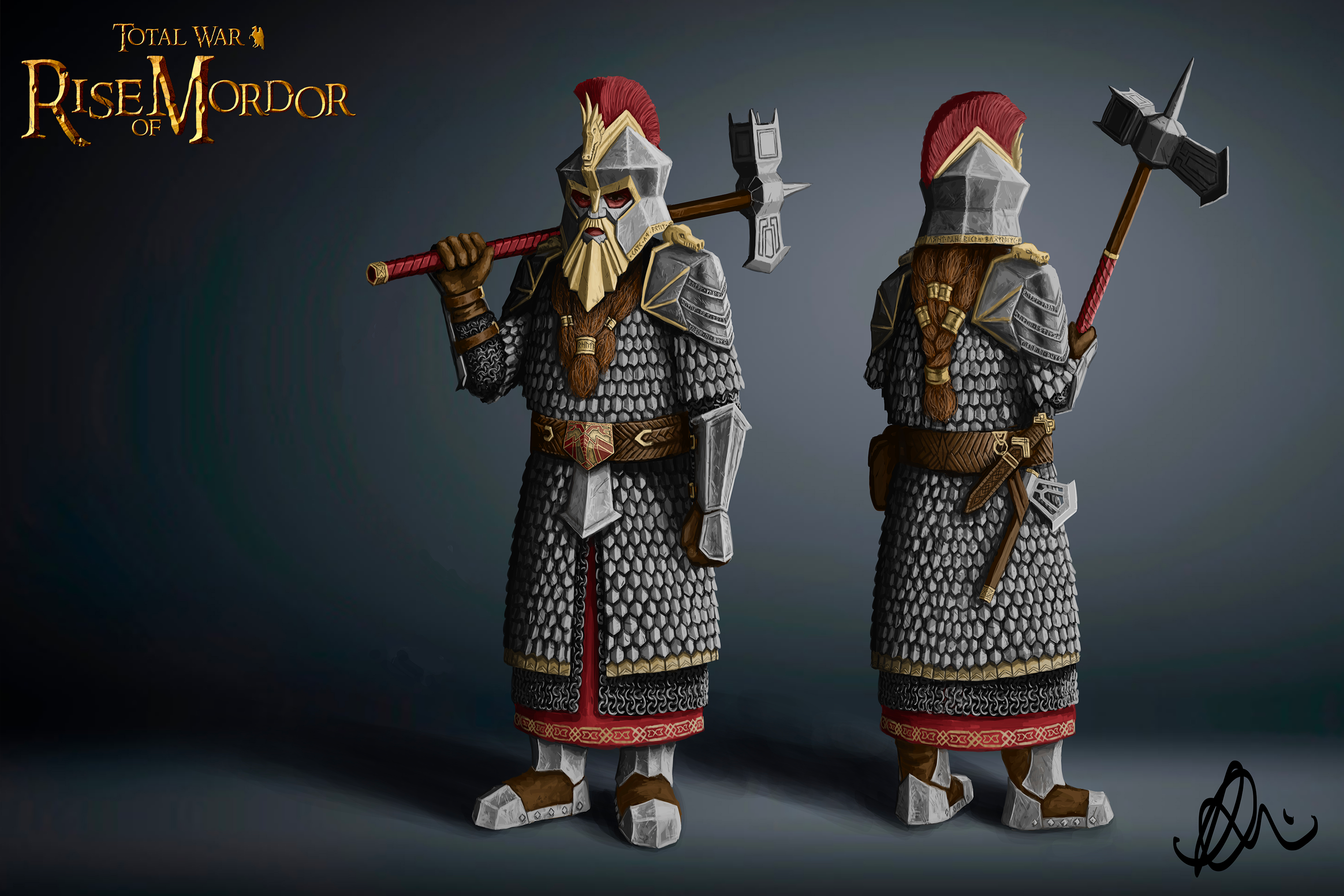 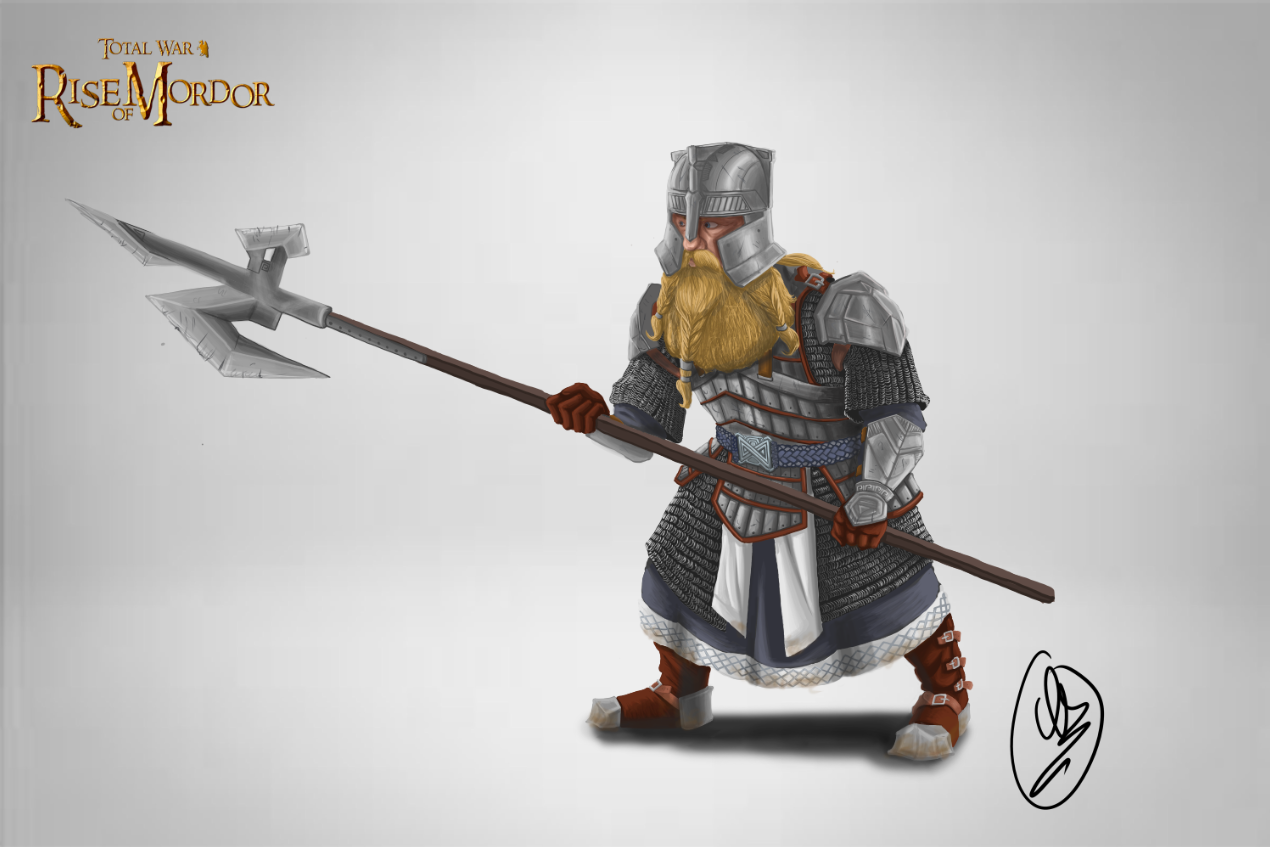 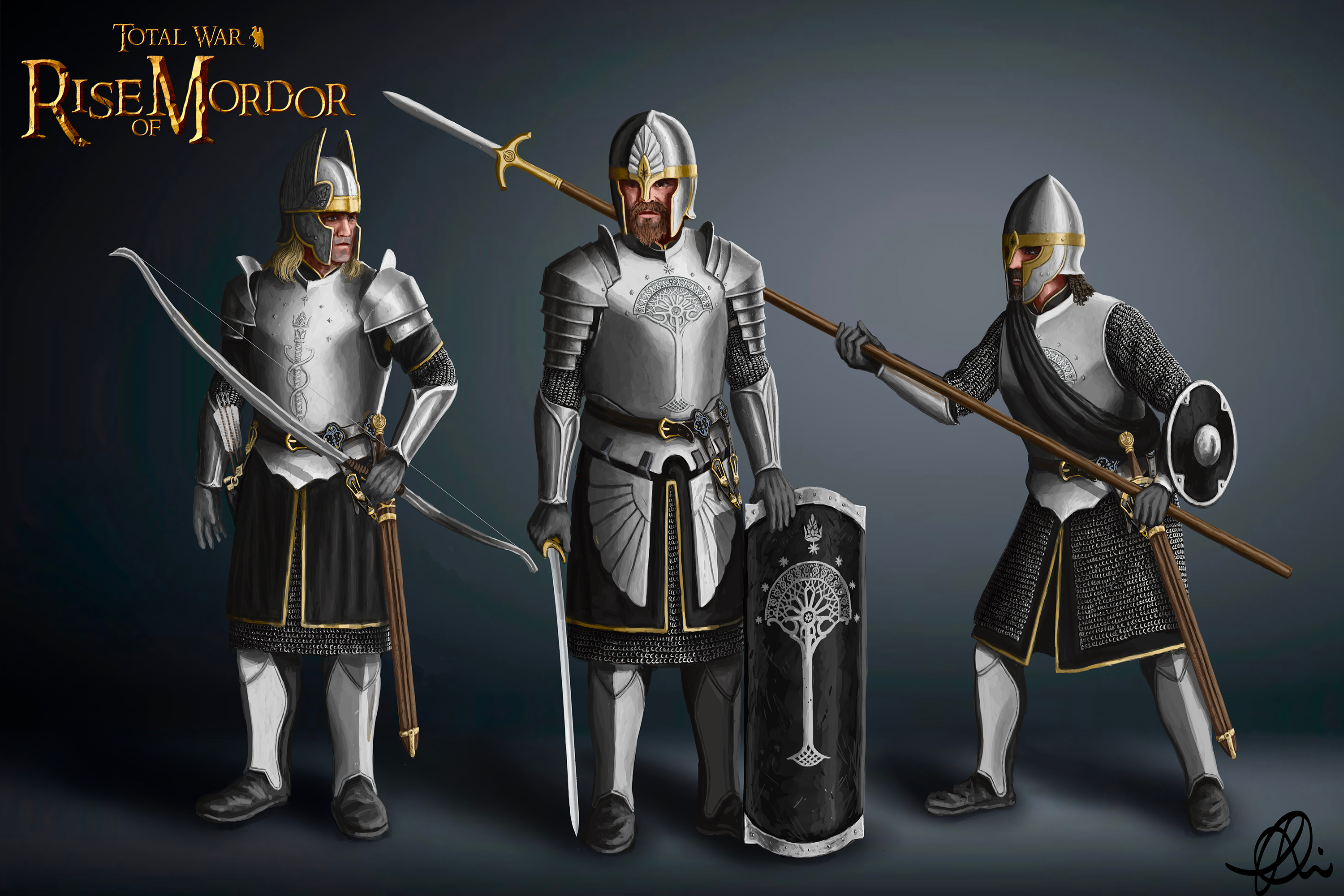 This was a great month and I cannot stress how grateful I am (and we are, hopefully!) to the developers, who are doing their very best to bring the Lord of the Rings world to life in Rise of Mordor. Check our YouTube channel as well! Our developers stream every once in a while and early versions of the mod can be seen there.

Be sure to ask us any questions you may have - either on our Discord server or in this article's comments section!

Until we meet again,
elijy (ModDB and Discord) / elijy3 (NexusMods)

WOW such nice Work, keep it up! :D

I really like the new overhaul for the dwarves especially the faces and the new body for them but I seem to find that ironhill dwarves armor lacks a bit a of detail. The details seem to be there but look a little smudged. Nonetheless everything looks amazing. Also when will the new dwarf models be available to play with?