Devblog #3: Separatist Crisis so far; Into 2021. Bunch of details on the team and an update on our needs for more team membership. Confirmation of a brand new teaser project that would be playable soon! Exclusive Previews of our Mando Armor!

Hi. I am Servius the Map Design Lead from Separatist crisis: A Bannerlord Project.

I also actively manage most of our social portals and you should see me around in our discord communicating a lot of information about the project there as well.

This article will be a part of a series of consistent biweekly postings that will give you a more in-depth behind-the-scenes look into our projects progress moving into the new year.

In 2021 we hope to achieve a lot. With the mod tools release in late 2020 most projects like our own have spent a lot of time researching what we can and can’t do with the Bannerlord tools as a whole. Some things have yet to be documented by Taleworlds developers however we have been able to look at unreal engine (a very similar tool set as) well as look at what Taleworlds developers are doing themselves already in vanilla and extrapolate what we will be able to do 3 to 6 months from now, once documentation has been put out; Documentation could come from the community as well as Taleworlds.

Our roadmap moving into the year may change, some things may be re-prioritized to be done sooner rather than later. It’s all based on documentation available, the amount of time available internally that can be devoted to completing a feature or new asset, or simply asset availability if it’s something we can’t internally create ourselves(ie an asset we would need to commission for project use).

On the topic of funding if you didn’t know we launched a Patreon just a month or so ago.

Money contributed through our patreon will be used to purchase the following:

If you feel that your skills can help further the goals of the project please reach out via our discord, we have tons of positions open across our team and there’s a chance you could help even if you don’t necessarily have a creative skill. Concept designers(a newly formed sub-group technically under the projects “Coding” group), for example, spend their time working out how a feature should be implemented, working with the coding team and project team as a whole to figure out how we can and want to ultimately implement a feature. Play testers will help bug test and bug hunt in all of our pre-release versions as well as weigh in on community milestones where/when decisions must be made.

If you want my suggestion on where you can start if you were looking for a way to help there are several avenues that you can take like the two afore mentioned ways on the organizational+support side that are completely open to picking up a more accessible creative skill. Mapping for bannerlord for example has been very well documented and has a robust community of users ready to share information, give feedback, and even share additional tools to make mapping unique scenes easier. While I may be a little biased as the projects map lead, I cant stress how well Taleworlds has done in making mapping in this game so extremely learnable. I think everybody can take 20 minutes watching a quick intro tutorial and be off creating their own maps just by poking around. The interface and occasional bugs are really the only real barrier to picking this skill up.

So let’s talk about the progress up to today. As far as asset creation we have made great headway on our Mandalorian armor. Clarkie just finished molding the Mando armor around the male banner lord body and we should be moving into the rigging stage for the Mando armor very soon here. Expect previews across our social portals as we progress. 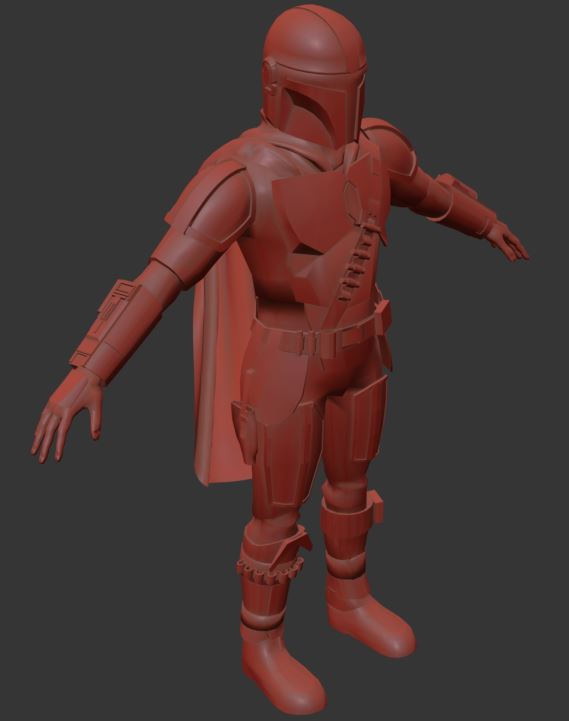 We’ve had yet another change with our clone armor, we decided to migrate away from our V2 armor and instead commissioned a much higher quality set of armor from a completely new creator, named Eric. You've seen some of his work over in the Squad Star Wars project. Estimated completion of the new armor is around 3 to 4 weeks, patrons will have access to behind-the-scenes work in progress previews as the commissioned creator works on the model base. 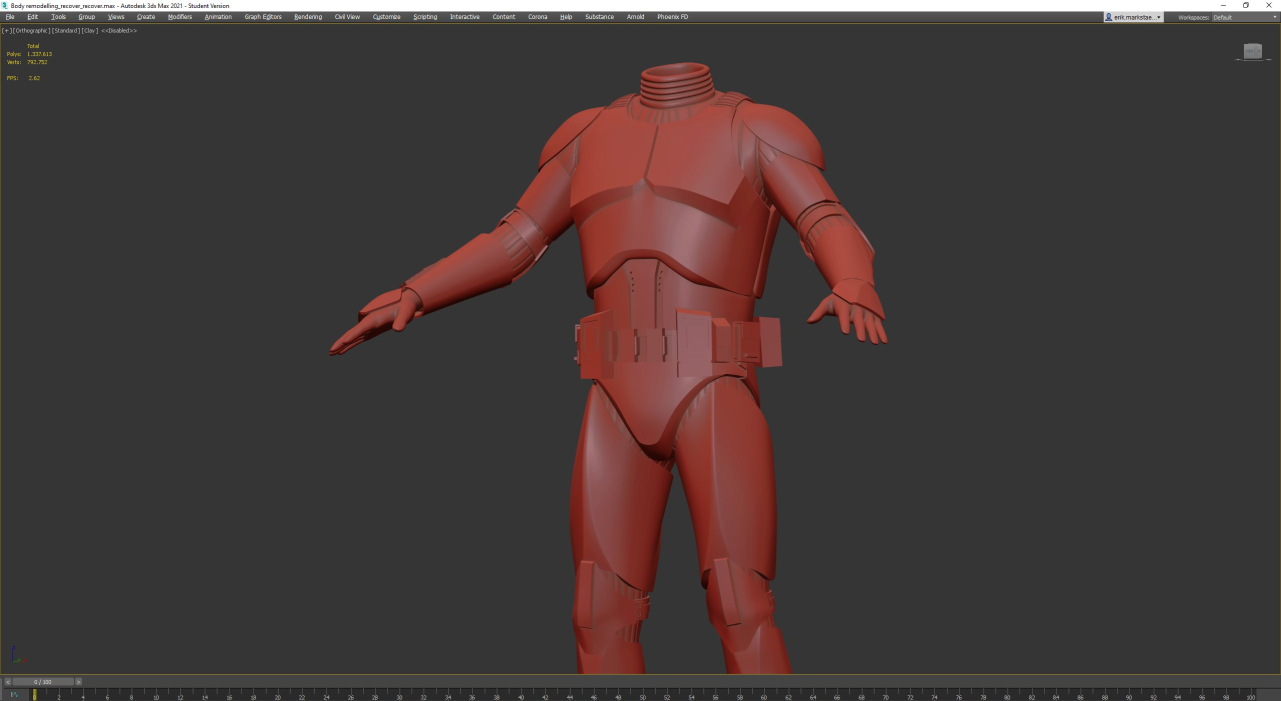 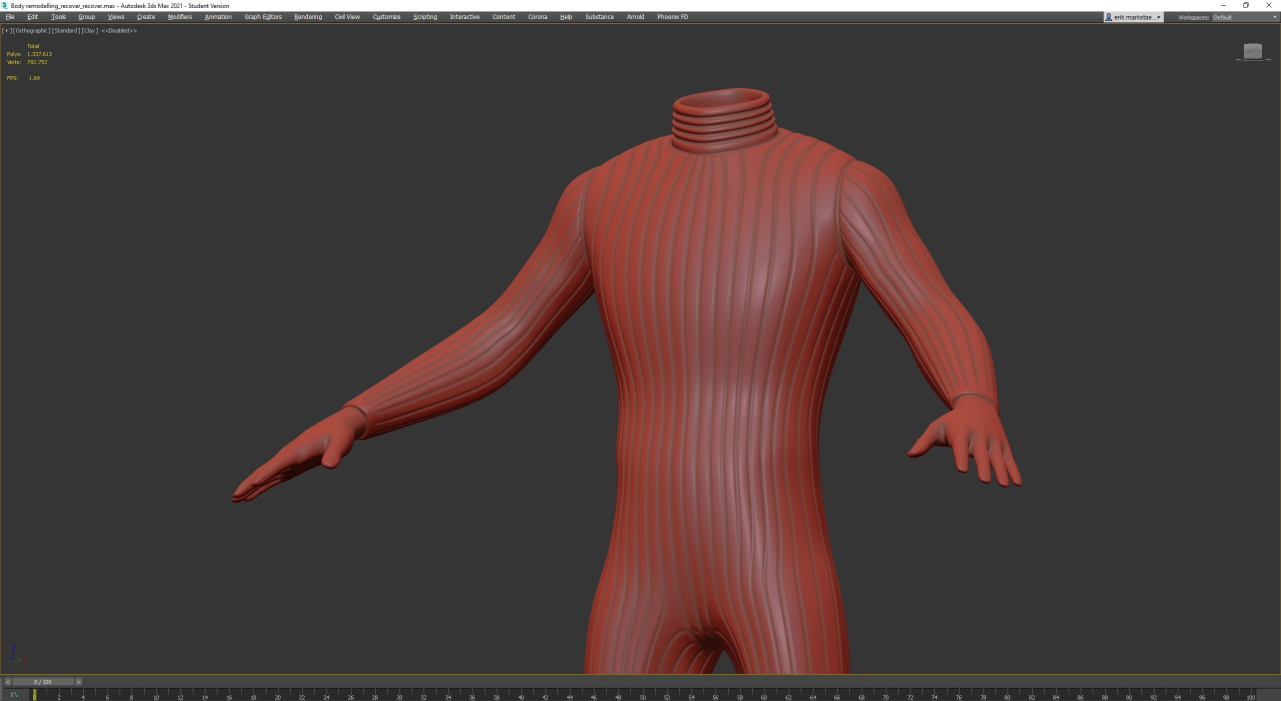 Note; commissioned creators are a new role that allows our team to integrate paid creators into our discord. These are not official members of our team but they are given the ability to communicate directly with our team via private development channels. People that have this role should be very few in number as we intend to maintain consistent relationships with these creators to ensure long-term visual consistency across the projects assets.

If you didn’t know a little over two months ago we purchased a game ready Republic commando armor set(created by Mandalo). This has since been sent off to be wrecked and you should be seeing previews for this armor set IN GAME very soon. 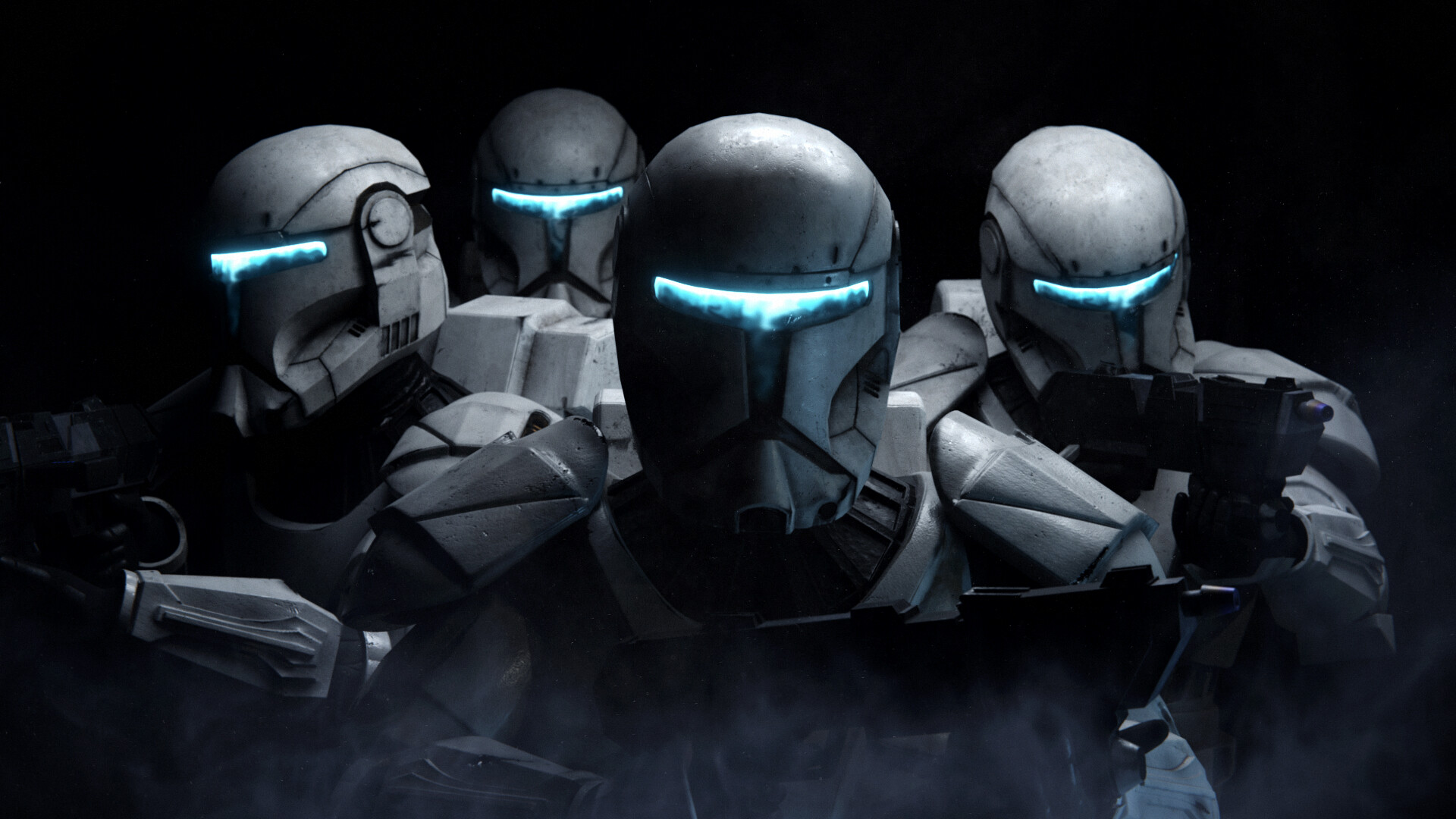 On the topic of environmental and large scene assets, our 3-D modeling team has made great headway on a lot of assets like the republic mobile command station(created by tbro13), several planetary environmental assets like rocks spires and even some locations like the arena, factory, and hives(Bruno and Troll). Additionally, we are looking at acquiring a juggernaut either from the squad project, from CG trader, or quickly completing the one we have been working on internally. Either way the juggernaut will be an asset seen in the Geonosis teaser.

A-280 Blaster Rifle by TBRO13 on Sketchfab

Tbro has recently started a complete overhaul of the weapons Armory. He was the one that created our initial set of 30, with what he’s learned since he initially created them he’s going back one at a time and creating them at a much higher quality. He is challenging himself to raise the bar for what will probably be some of the most viewed models in our project as a whole.

As of a few days ago we acquisitioned a new B2 battledroid and AAT, both have already had their high poly models finished and are both awaiting their first optimization pass and subsequent textures. We will post previews of this process on our Patreon, final renders will of course be public and posted to all of our locaitons.

To finish Devblog #3 Id like to leave you with some good, very near in the future news!

We have decided to commit ourselves to what we are calling the "equipment teaser". While the quantity of assets that will be contained in this release are unclear at this time we intend for this to be a playable mod that can sit on top of vanilla that can be played within modded/unmodded vanilla. You’ll be able to use whatever weapons and outfits we’ve completed by that time as real functioning items. You’ll be able to cleave Battanians with vibroblades and lightsabers, raid Aserai caravans with a batch of alpha wip clones, and beat back the Khuzait horse armies wearing Mando armor wielding a DC 15a(or any other weapon of your choice from our special vendor on the map).

Both our RC armor and Mando armor have both been sent off to be rigged. Expect previews to be posted to our patrons first and final renders and clips to be posted publicly across our social portals.

That’s all I have to talk about in this article, in the next we will be discussing maps, updating you on our model progress, and giving even more information specifically on the equipment teaser. Thank you for reading!