Posted by Kingclonetrooper on Nov 9th, 2020 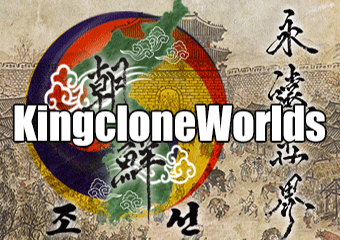 Our team is currently making items related to the Joseon Dynasty.

The main purpose is to distribute items osp, and if I have time, we will make a campaign for Korean history. 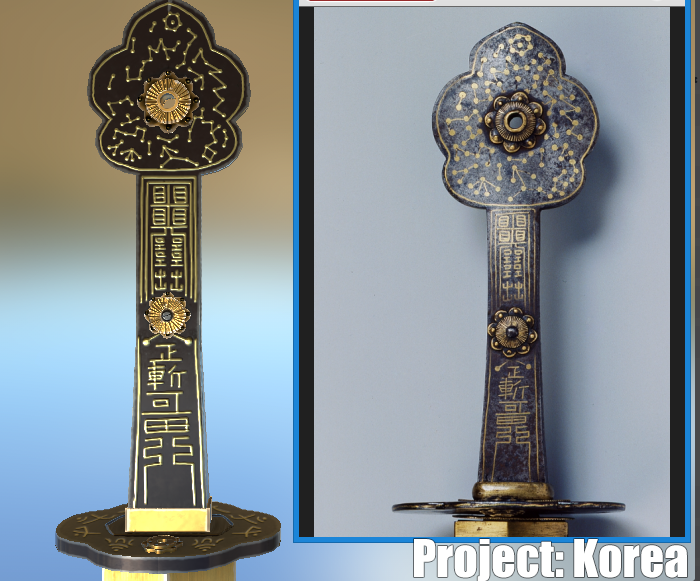 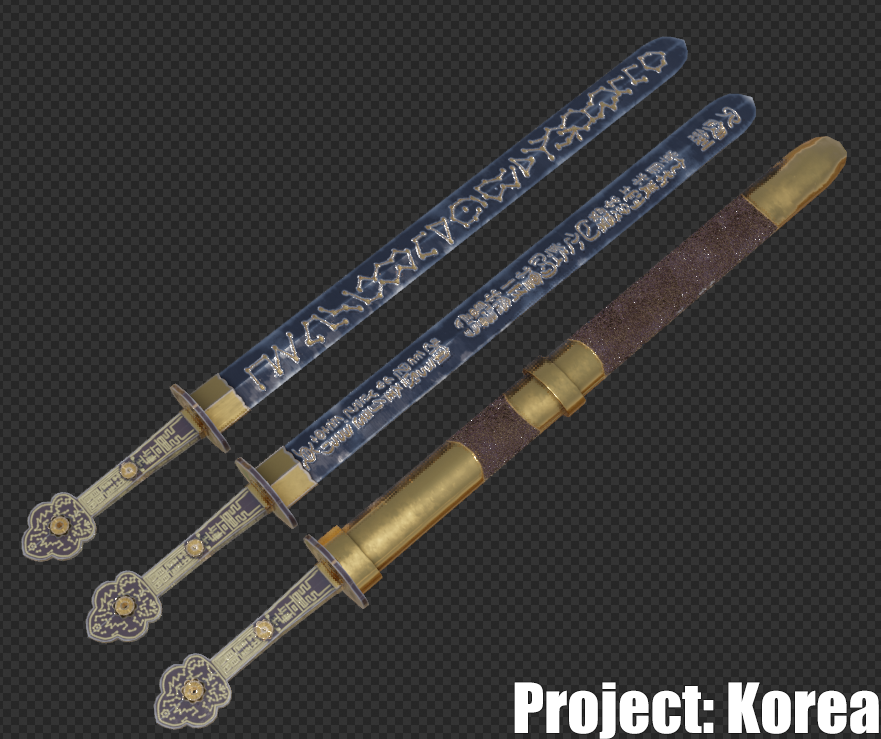 Ingeom, a representative shamanistic instrument of Joseon, is a wall-use sword for shamanistic purposes that was handed down throughout the Joseon Dynasty since the first sinusoidal sword was first produced in 1398 (the 7th year of King Taejo's reign). Most people who have any interest in our swords know the name Sine Sword, as well as the contents such as "Life, Inwol, Inil, and Inshi knives," or "Believe disasters."

It has a deep shamanistic meaning in that it can only be made at certain times, such as the patterns of constellations carved all over the body. It is also an important artifact for art in that it reproduces the simple and barren beauty that was popular during the Joseon Dynasty.

The blade of the knife is inscribed with 28 constellations, meaning east, west, north, and south. A total of 29 Chinese characters, including the name of the sword, were written in Chinese characters to breathe in spiritual energy.

Thunder and lightning, moving the universe.
I will defeat the great evil and cut it to the right. 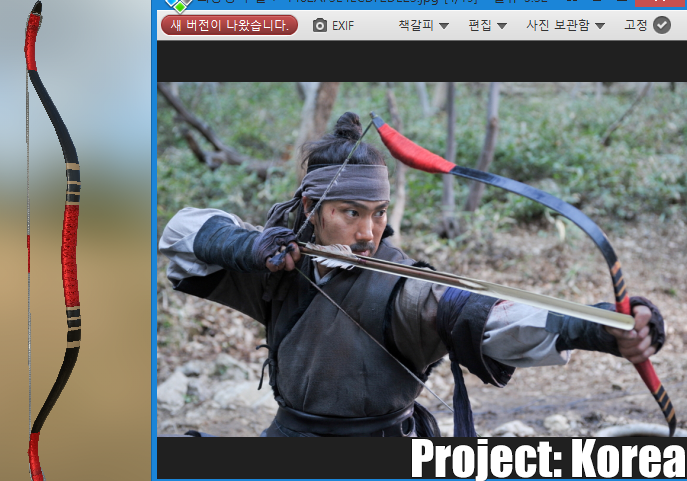 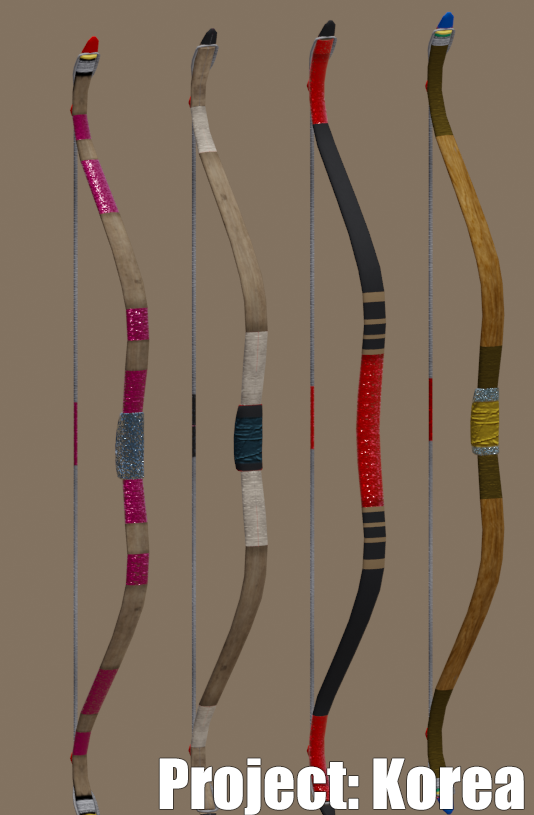 The records of Korean bows are so old that they were also recorded as 'Macgung' in ancient Chinese records. The history of the national palace is long, just like the history of the Korean people, and it is said that King Dongmyeongseong, who founded Goguryeo, King Seonggye, who founded Joseon Dynasty, and King Jeongjo were also famous palaces. Even King Uijong, who is associated with Goryeo's medley army and atheism, showed exceptional archery skills, and Gungye, a tyrant of the Later Three Kingdoms, was named as a good bowman, suggesting that Korea valued archery from ancient times.
​
Jang Bo-go, who is nicknamed the "Sea King" today, also analyzes that his real name is Gungbok, which means a person who can shoot arrows well. The "gung" of "Gungbok" is literally the difference in the Korean suffix "-bo" when "bok" is mukbo and "bok" is mukbo.
​
It was during the Joseon Dynasty that the tradition of the Korean people placing more emphasis on archery intensified. In the eyes of King Taejo Lee Seong-gye, the Confucian scholars also used archery as a mental training tool because it was a rare palace that swept the battlefield with a bow. In addition, the military doctrine of the Joseon Army also emphasized archery, so only five subjects for archery were easily passed in the martial arts test. For this reason, in Joseon, all the people called warriors were called bow shooters. At that time, archery was developed for entertainment in the private sector, so men and women of all ages enjoyed archery. As a result, there were various civilian archery styles such as Bangtaegi bow, Tangung, and Gyojagung.

Traditionally, the weapon was so advanced that it was said, "China is a spear, Japan is a sword, and Korea is a bow." 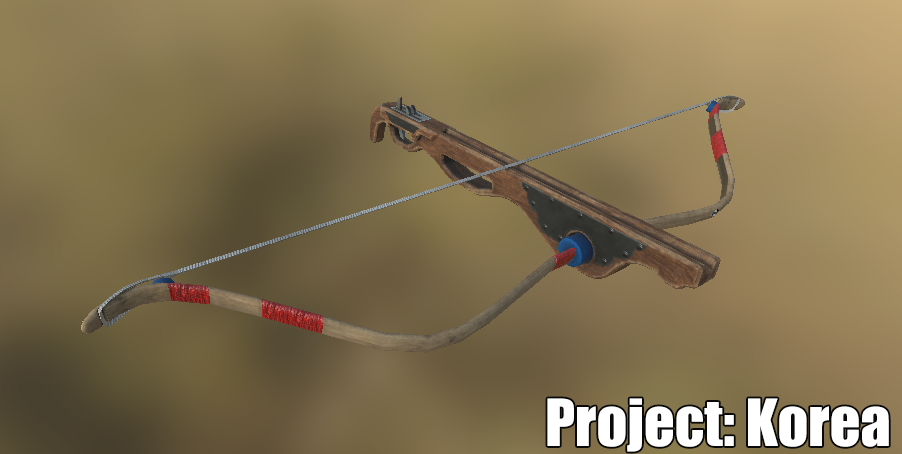 The oldest relics related to the crossbow in Korea are the single-haired wooden chamber tombs excavated during the Bronze Age. In addition, there were paintings of ancient tomb murals, and during the Silla Dynasty, there was Cheonbono, a crossbow with a thousand steps and arrows, which was developed by Ku Jin-cheon. Silla also built a separate unit called the Seokgung Unit, which specializes in handling only crossbows. In 662, Kim Yu-shin, who had been handing over his troops to Sojeongbang, whose military supply was cut off after the siege of Pyongyang, made a record of destroying Goguryeo troops, which had been pursued by firing numerous crossbows at once, in the history of the Three Kingdoms. Sindangseo records that Silla always keeps thousands of crossbow soldiers at its gates. The Tang Dynasty viewed the crossbow as a weapon representing Silla.

Next is the spear of Joseon. The windows of Joseon can be made with custom weapons in a blacksmith's shop. A variety alone can create dozens of things.

Korean traditional sandals and straw shoes. Shoes made of horse are called Mituri separately. It is also an object that has been nailed to the hearts of those who cannot date with the proverb, "Even the straw shoes have their own partners." The name straw sandals was given because they resemble the shape of straw sandals. 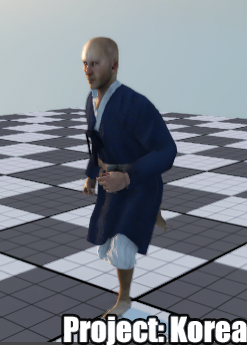 Hanbok refers to the traditional clothing of the Korean people. In North Korea, it is called 'Joseon Clothes.'

As described earlier, this style has changed continuously, so the modern Hanbok itself is far from the value of traditional or practical clothing, apart from the universal perception. Apart from that, however, modern hanbok is developing into a variety of materials and new designs in addition to the meaning of traditional clothes. 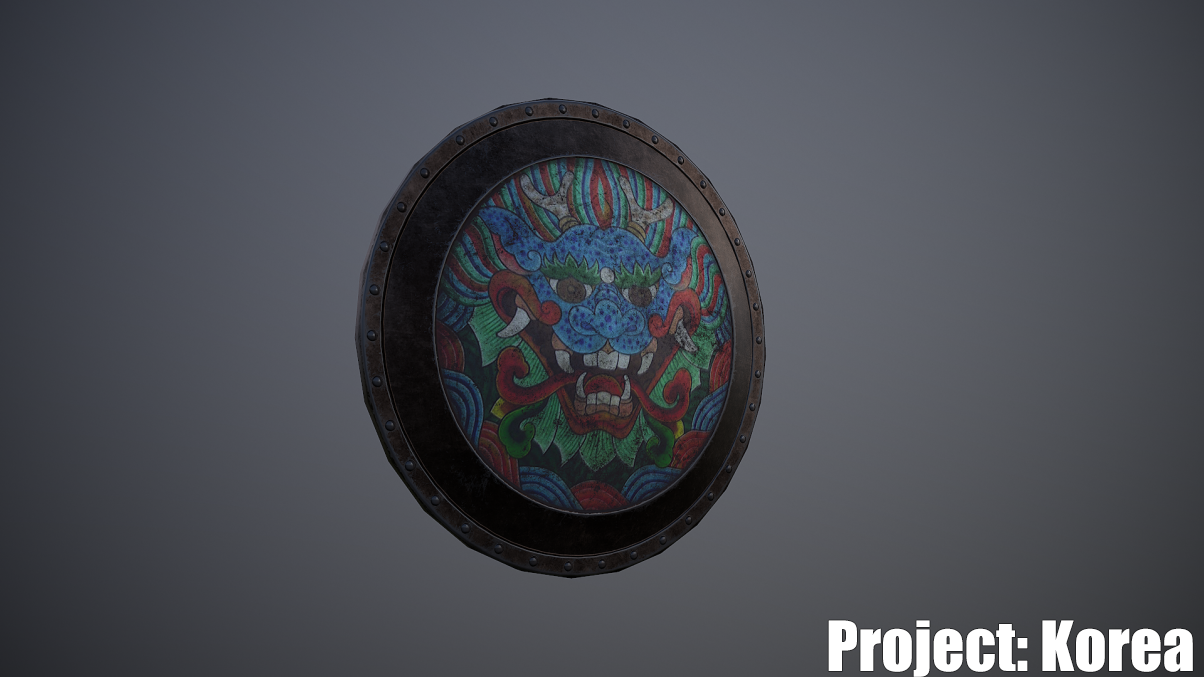 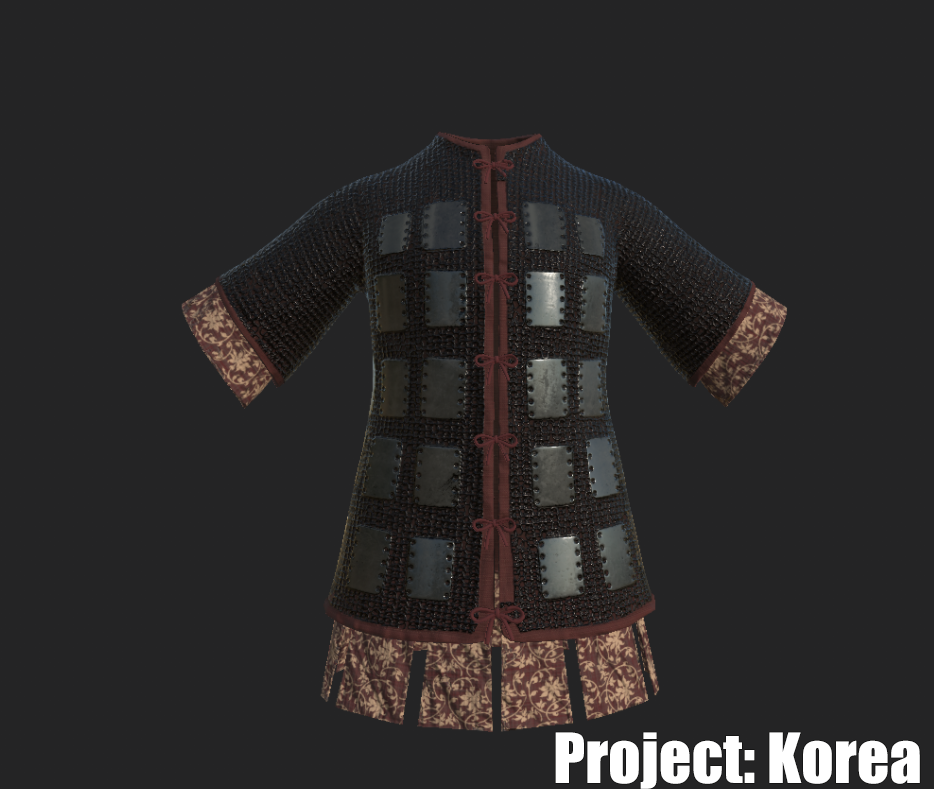 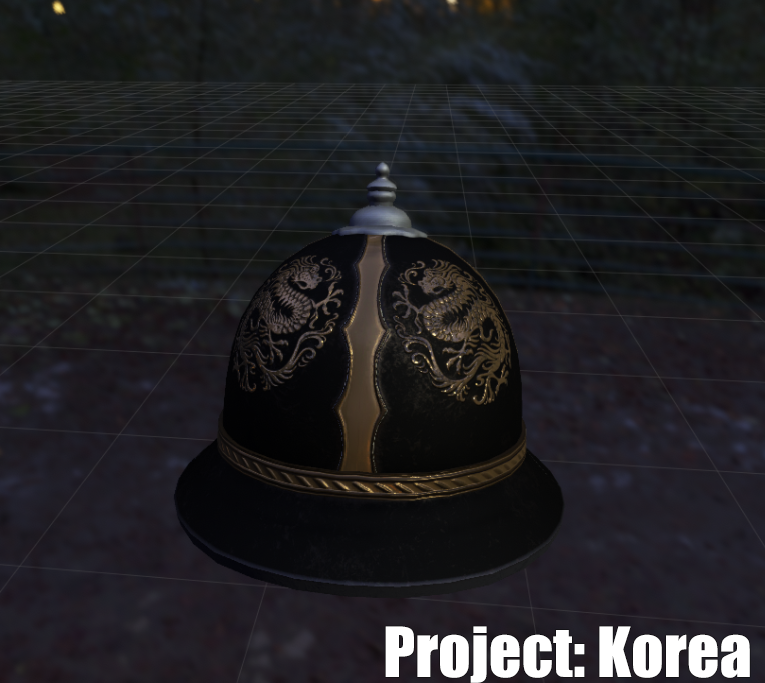 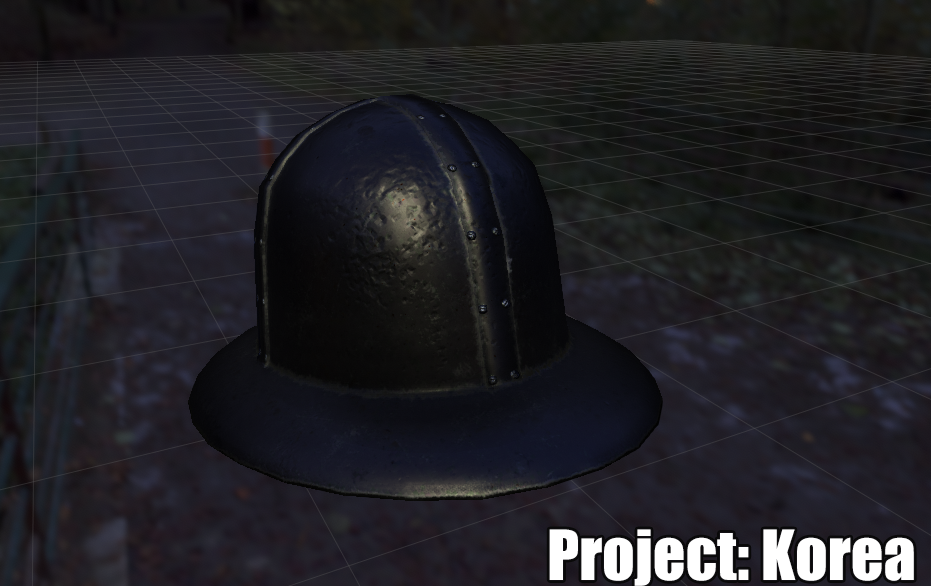 Pengbaesu was an infantryman who accounted for a considerable portion of the Joseon army in the early Joseon Dynasty. In 1415, the 15th year of King Taejong's reign, it was implemented as the center of the line of occupation consisting of professional soldiers. It was renamed Paengbae in 1467 in the 13th year of King Sejo's reign. He was a shield guard armed with close combat weapons and a soldier specializing in white soldiers, focusing on Pengbae (a small round shield, similar to the Western round shield) and daggers. It is assumed that the basic tactics were in the form of weaving and fighting dust fighting.

In the early and early days of Pengbaesu's heyday, there were about 5,000 protesters in the center alone, but when they were given four months of five shifts, the actual number of service was always 1,000.

According to the Annals of the Joseon Dynasty, Pengbaesu's combat power and proficiency were recorded to be quite high. There is even a description that if five jangchang and one pangbae are added, one pangbae wins. Both the shield and the one-handed sword were very practical weapons, and given that they had been trained as hard as below, they were quite strong. However, Paeng Bae-su's coverage was completely unrelated to martial arts, and military personnel were selected through running and power.

Penbaesu was trained with armor, shields and one-handed swords heavier than the actual weapons used on the battlefield, starting with training to put down his shield on the floor and quickly lift it to prevent the attack.

Because Pengbaeseu is a soldier standing and fighting on the front line, primarily because he has become the center of all infantry squares.