'Dellingr' is an old Norse god, symbolizing dawn. Pretty apt for a new release ;) This release features a bunch of new buildings and a rework for a lot of units.

The Council is both happy and proud to announce a brand new release!!!

Millennium A.D. is a total conversion mod for 0 A.D. focusing on the Middle Ages. It is divided in two parts, this first one is focusing on the first half of the Middle Ages; the timeframe of Charlemagne and the Viking Age. The name of this release is Dellingr. This is an old Norse god, symbolizing dawn. Pretty apt for a new release ;)

A few months ago, a new artist called Alexandermb joined the team. This talented modder is responsible for majority of the new content seen in this release. With help of Stanislas, he modeled buildings such as the new Civic Center for the Norse seen in this image: 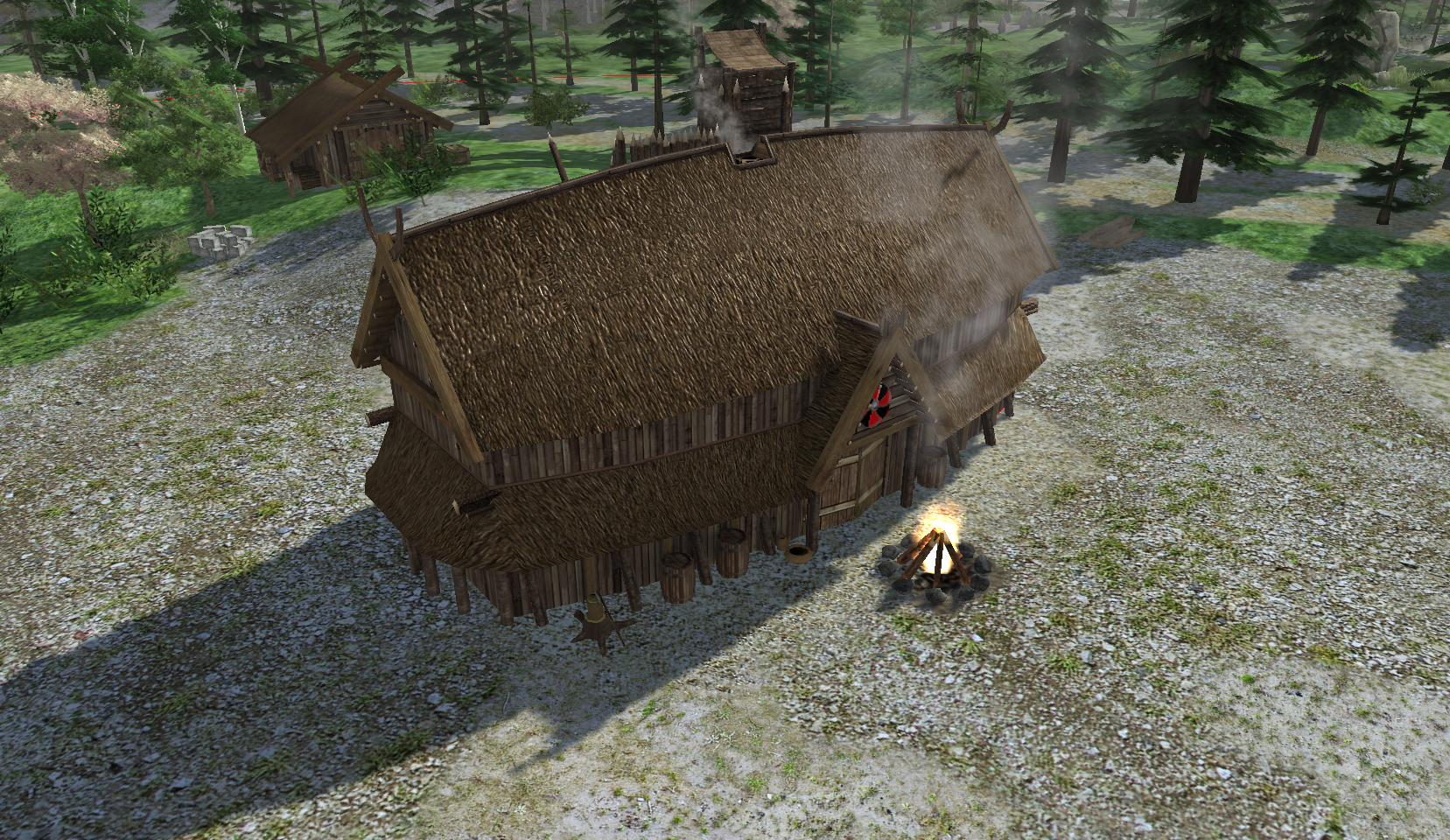 He also modeled various buildings for the Anglo-Saxons such as the Fortress and the walls seen below. 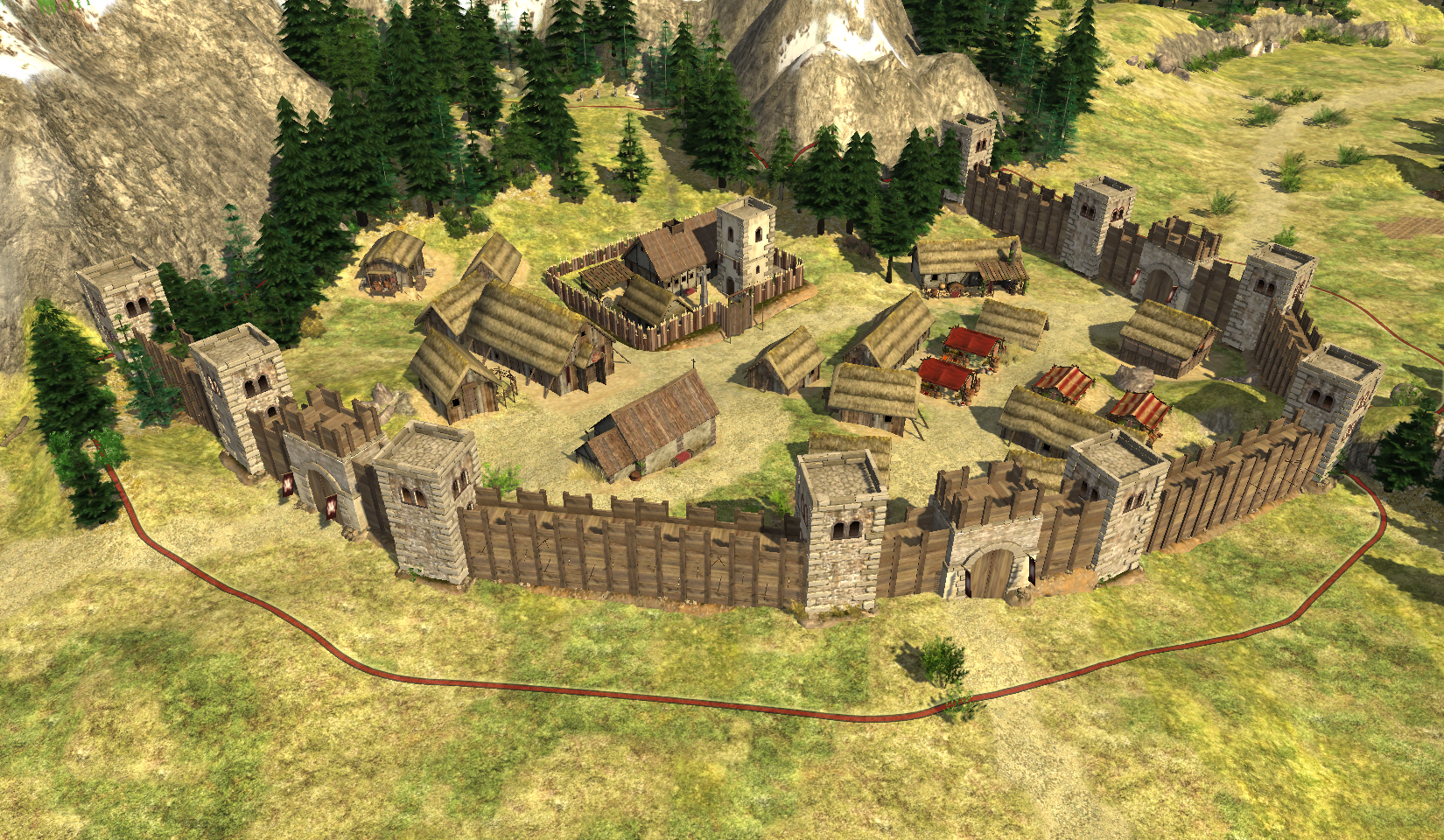 The new Norse barracks, seen in this third image, is also modeled by Alexandermb. Wackyserious updated all the units to make use of the new unit meshes and improved the looks of them. Many new weapons and helmets were modeled too by Alexandermb and Stanislas. 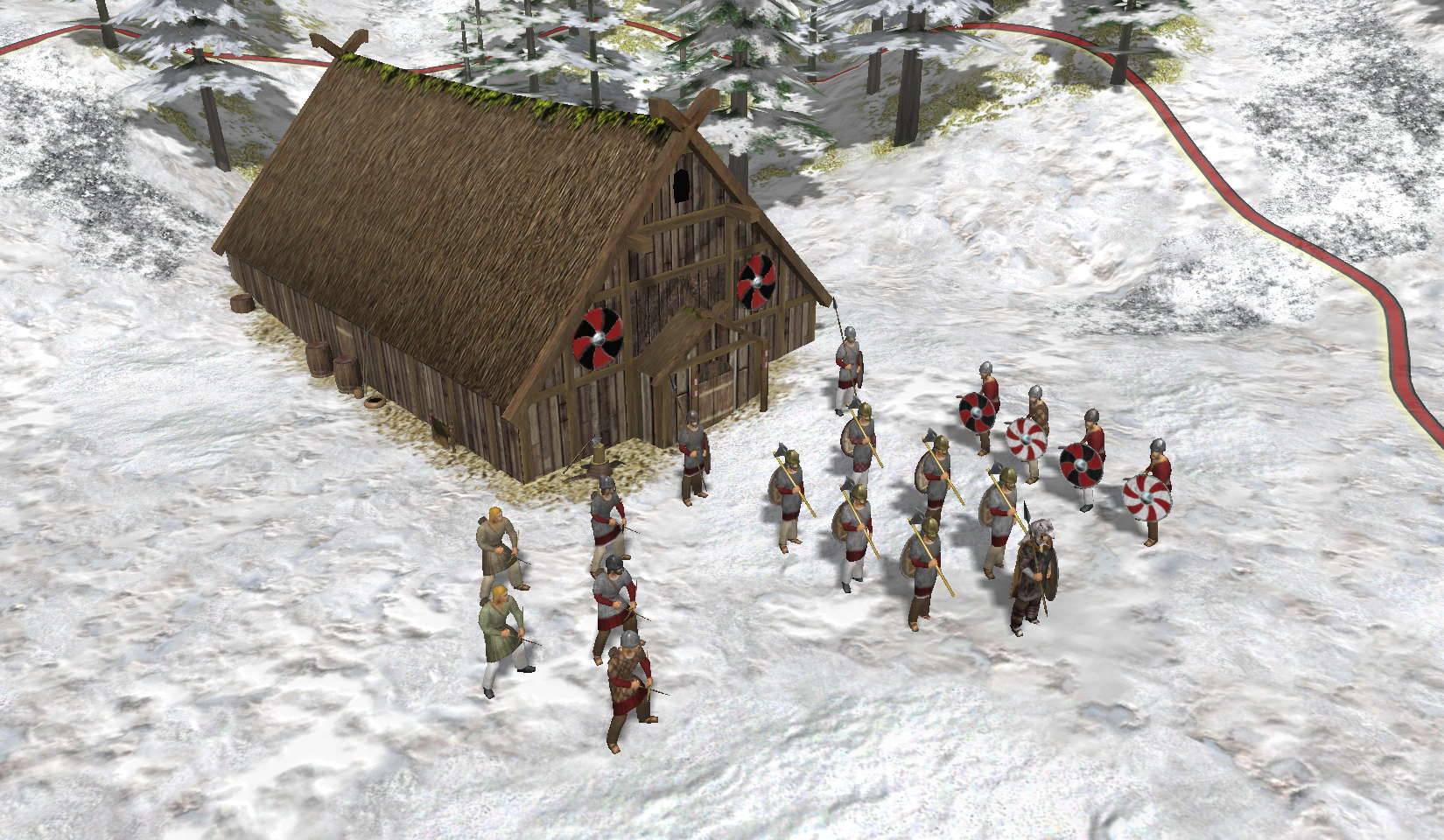 Many smaller changes were made in this release too, but it would be too elaborate to list them all

The Council of Modders was formed up of two small modding teams and a few newcomers: Aristeia (about the bronze age) and Millennium A.D. (about medieval times) CoM aims to create a umbrella for all wannabee modders and help everyone needed and of course create their own projects.

In the last few years some members retired leaving us shorthanded. We are currently especially in the need of artists. So if you're a talented artist with a passion for history and you would like to help us out, please contact us using a PM or (preferably) in this thread: Wildfiregames...showtopic=18412 Thanks in advance!

Our thanks go to everyone that helped us to achieve this mod through contributing, playtesting or in another way!
If you have tips / suggestions, feel free to let us know. Also if you find bugs, let them know too. Support 0 A.D. if you like us: Play0ad.com

The main menu background is made by Alexlinde from Deviantart. You can find him here: Alexlinde.deviantart.com

The soundtracks are created by Antti Martikainen. You can find more of his work here: Anttimartikainen.bandcamp.com and Youtube.com