How levels will be, enemies, weapons some story, and all that fun stuff with it.

Ive been away for some good time, defense force ended about a month ago so i was taking it easy.

Now about what is going on with the mod Crylo, It exploded.

Nah, but i have made some progress with it, got new characters in like civilians and battle civilians referred as "Rebels" in the future, before i start to talk about everything else i will start with the lore for Rebels.

The United Rebel Front were a complex, well-organized faction of Humans devoted to complete liberation from the influence of the Unified Earth Government and the United Nations Space Command. The organization is led by three Generals, one of whom was General Howard Graves before his death in 2531.*Source wiki*

Like you can read the rebels fought to get free from UNSC and still are since they think UNSC and ONI are suppressing people. The main idea behind them was to give an different enemy to fight in halo games, since in fps Halo games you couldn't play against rebels (mods not included) and they make a good enemy since in mid part player must choose who will he fight humanity or flood/covenant. The flood will make its comeback and so will covenant, or so i hope so since it needs a lot of work to get an elite nicely running around guns blazing and same with other characters from Halo series. That's why i started with Rebels, since i could just slap basic rigging on them and don't need to do animation work one em, only texture it nicely and rig it.

Now about level designs, personally i like to go huge, make open area maps like on snow or something: 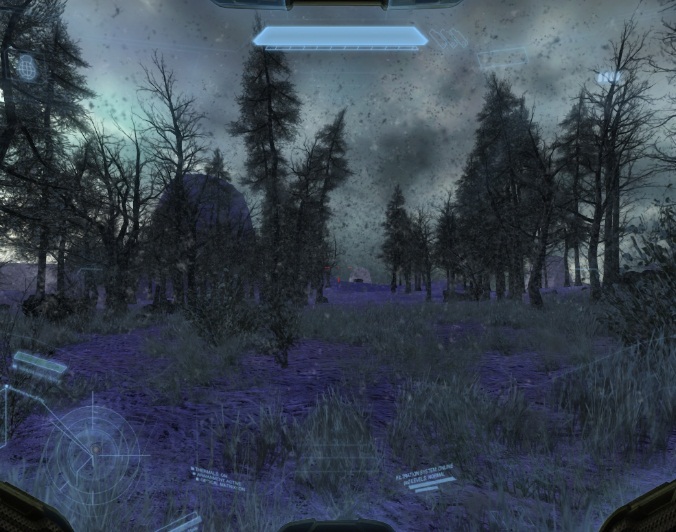 But the problem with those are the AI since it will probably drip into the first tree and cant to anything, so i moved indoors. 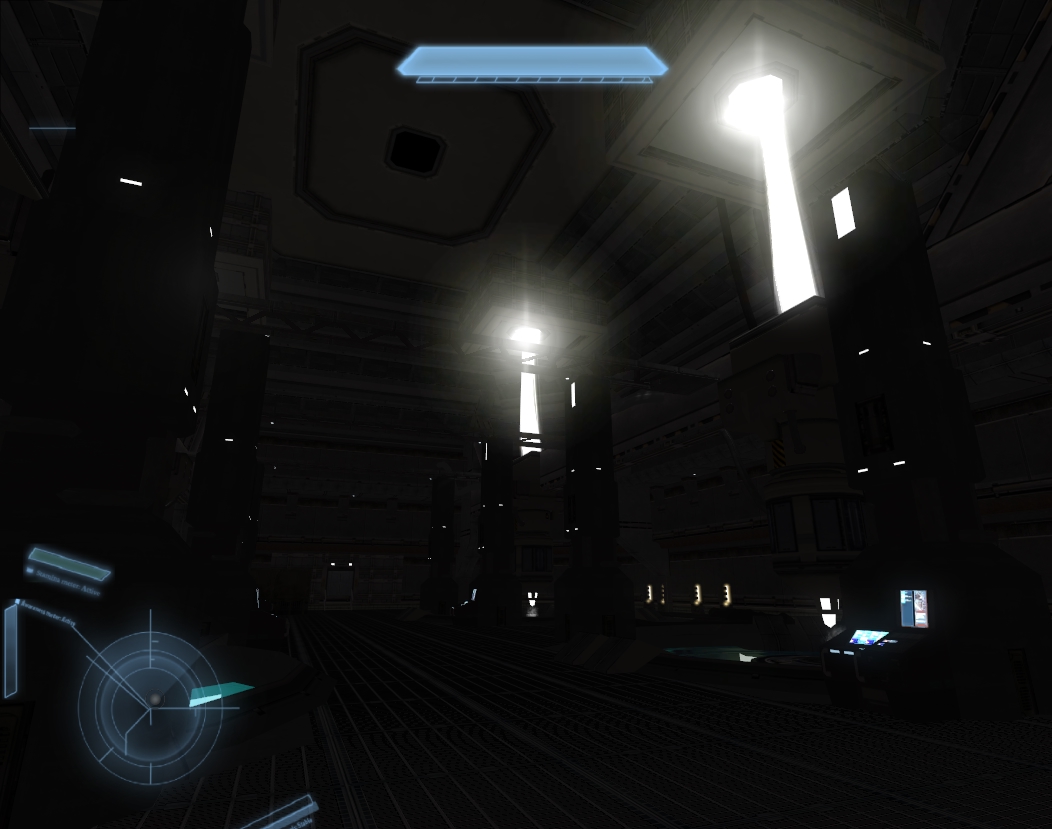 Since in there i can choose where will the AI go and what should it protect and all that kind of not fun for the level designer stuff...I started to like the dark area from Quake 4 since it was dark and scary and no vision meant you don't know when will the enemy strike or how. There is a lot do to like always story is only in my head right now so i don't even know how many levels will there be, but i designed the levels into 3 arks: 1 st is humans or Rebels, 2nd is Flood, 3rd is rebels, flood, covenant and a special enemy.

Basically s*** is going to hit the fan at some point and everything is screwed and player must come through it.

About AI, AI's are ridiculously powerful right now since player had armor abilities and most of AI's don't so i made an equal footing like this but AI is still dumb as hell what is kinda worrying, they might have more health and good weapons but not the knowledge to do anything with it. In the weapons department i'm still experimenting with some stuff and with other im trying to figure out some stuff what's wrong with em and squash some bugs with some weapons like concussion rifle and some others, since if i cant get them fixed, i wont include broken assets into the final mod. Talking about assets, i personally hate doing everything from scratch so i will reuse a lot of Far Cry original assets including walls, vehicles and so on.

Without further ado here is the video with my own comments, you will see some action in a new level as well some nasty bugs, so enjoy some eyecandy and ill post another news in next week or so.

Your work is amazing!

I agree with the previous speaker. )