Post news RSS CrossCode Update #58 The Calm before the Storm

Welcome back! We're late, I know. But we've all been working on the demo, so everyone's busy. But we didn't forgot you! Still, this update will be rather short. We work on lots of features and content right now and don't want to spoil much in favor of the upcoming demo. Let's get started!

We're late, I know. But we've all been working on the demo, so everyone's busy. But we didn't forget you! Still, this update will be rather short. We work on lots of features and content right now and don't want to spoil much in favor of the upcoming demo. Let's get started!

This is what we did in the past 2 weeks mostly. Many new maps have been added by Henning and myself for the autumn area, and you will even find some NPCs in them! Lachsen also added a small particle effect for the area! You'll now see small leaves dancing in the wind while you do the obvious: Bash evil fiends with your balls. No pun intended. Here's a picture of a map fresh of the assembly line: 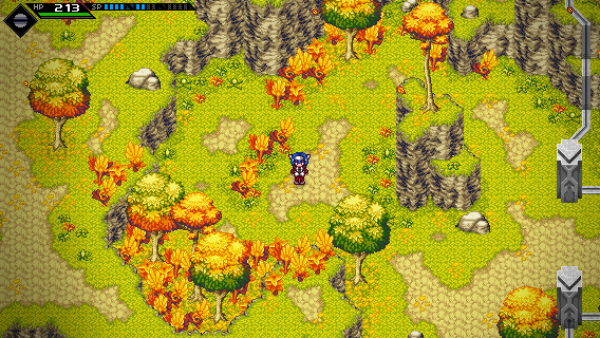 It's not quite visible here but in-game you will notice the leaves. They also grow in number on special maps! You might find some secret enemies!

Also T-Free finished up special enviroment animations you will see in the autumn area and TQ (The_question) is currently working the observatory mentioned in the last update.

Since the demo will also feature a puzzle part Lachsen worked a bit on the graphics and the general level design of the puzzle dungeon. Take a look: 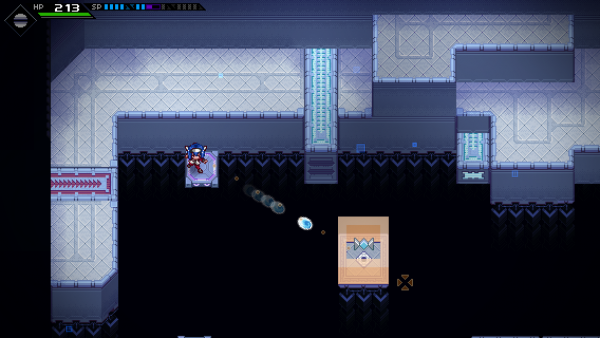 For a comparison, here is a picture of the same dungeon with the old graphics: 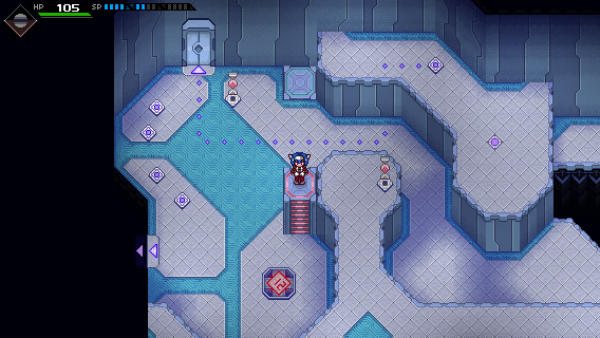 The small rectangles you can see in the upper screen are just another form of particles that will float around the room. They even react when fighting enemies!

Finally the intro area. I updated the maps to be more detailed and include more variation in the ground textures Martina created for us. We still plan to add more details to them, but this might not happen for the initial demo release. Nevertheless, here's a screen cap: 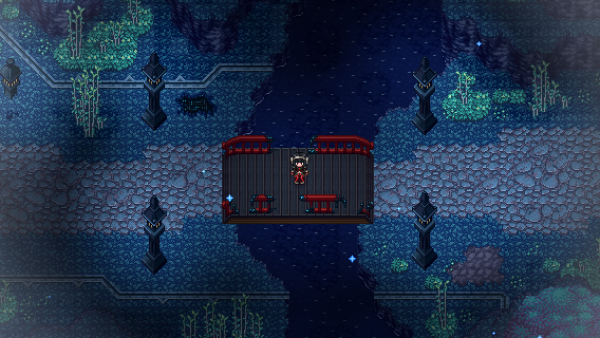 As you can see, the bridge still needs some work and the area lacks some details. But it already has a better atmosphere.

Good news. When playing the gameplay mode you have access to the complete neutral skill tree. Felix and I worked on implementing all the passive skills and make them work. The same goes for the active skills. You can only use them when the node is activated in the skill tree. Here's a screenshot of the menu with some active skills: 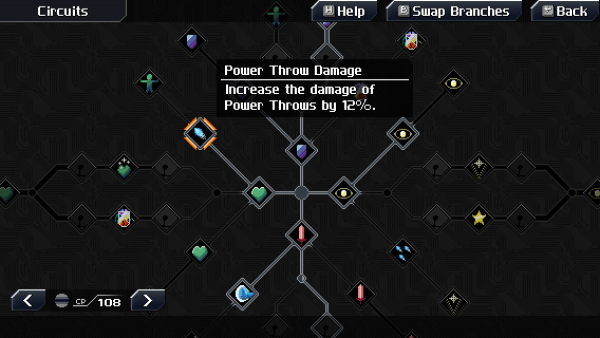 Not only this, you will also have access to the heat and cold element. They won't have any special attacks but you can use them to deal extra damage to certain foes.

I recently updated our small save menu so we can actually use it in the demo. This is the first time you can save in CrossCode so the menu needed to be as accessible as possible. Here is a quick look at the updated design: 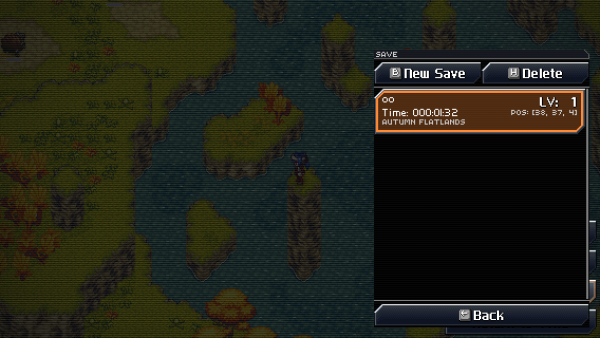 You can now also access the options menu via the pause menu. This makes it much easier to change options before you get the real menu. The same goes for the title menu.

And last but not least, Felix added a new lighting feature which mimics the effect of the bloom effect. You mostly don't see this but the effect creates smoother lights which blend very well with other elements.

That's it! As said a short update this time. But expect more next time. Why? Because it's release time!

P.S. here is a teaser for you: 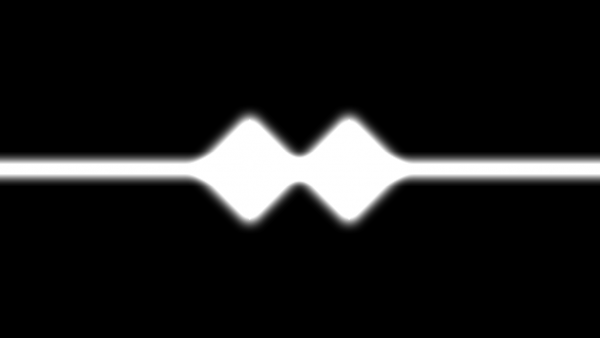 Really looking forward to the demo.