CrossWeek is over and boy it has been a blast. I never thought we could create/design/polish so much things in just 6 days. We even planned out a lot of new things we will show you over the next few updates. So this is going to be a longer post, since we also need to compensate for the last update. Also, in this update we'll announce the demo release date!

CrossWeek is over and boy it has been a blast. I never thought we could create/design/polish so much things in just 6 days. We even planned out a lot of new things we will show you over the next few updates. So this is going to be a longer post, since we also need to compensate for the last update. Also, in this update we'll announce the demo release date! Sitting comfortable? Having something to bite next to you? Alright, let's rock! 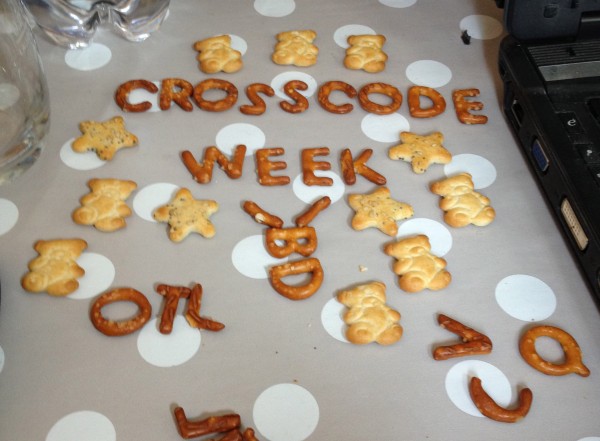 This time our goal was to finish a new part of the plot within an all new scenario. While this sounds like a simple goal it's really a larger milestone and everyone needed to concentrate on his task. So here's a list of what we wanted to do:

Tina and I were mainly tasked with handling the new area. Tina created all the awesome new graphics while I planned (with a little help of Felix) and build the maps. While the maps still lack some details we did a pretty got job to make the path clear and we achieve the feeling we're going for. But take a look yourself: 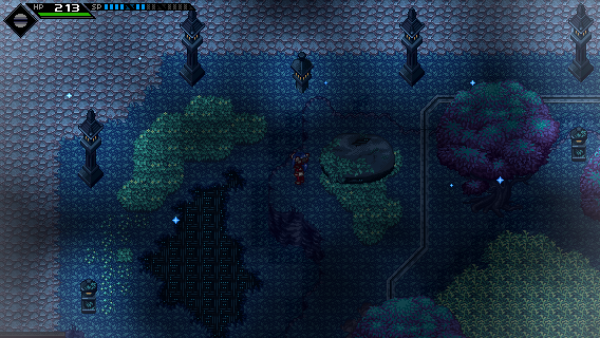 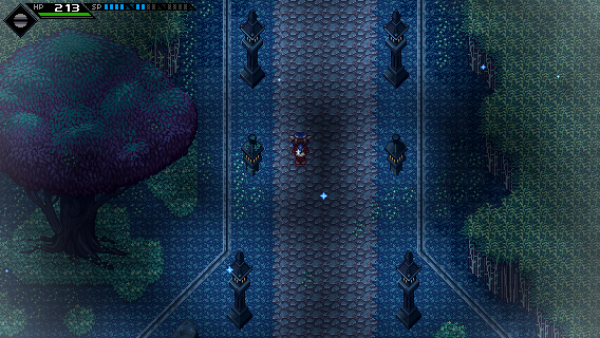 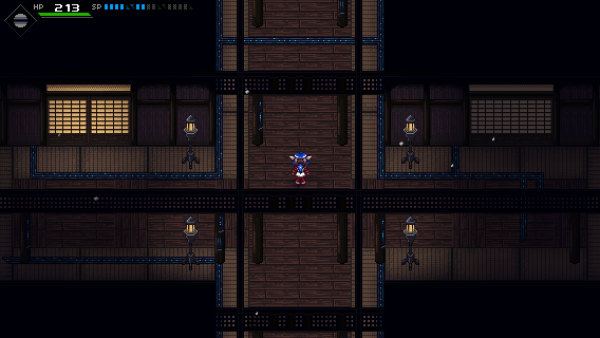 What do you think? As said, we plan to add more details and variations over the time.

Noticed the small little dust or sparkle effects on the previous screen? This a are parts of the new effects Felix added. We call these Environment Particles. What you can't see on a simple image: These particles move around the map and are layered on multiple levels to give you a deeper sense of 3D movement (kinda like parallax scrolling). Have a look:

'Tis but a short gif, but it adds so much detail to an area and we're even able to customize these particles. So while there are small dust particles inside the cargo ship. You could see seagulls or other effect on outside maps. We can also spawn these particles via events. This will become handy when adding scene-related effects.

T-Free created tons of effects and animations for the scenes in the new area. We don't want to show too much because we want you all to be in awe the first time you see it. But I can't help myself not at least give you something. So here's a little image and gif for you to enjoy: 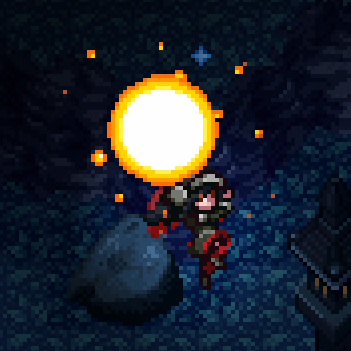 On top of that T-Free also created finished the 2 remaining enemy types for the autumn area, Meerkat and Buffalo:

Teflo worked all day to create custom sounds for scenes and reusable sounds. He also created new background sounds for the cargo ship, such as machines rumbling in the cargo hold, or the sound of waves and seagulls on deck. Both the scenes on the cargo ship and the default map feel much more immerse. Of course it's hard to show you this by simply giving you the sounds. So you'll have to wait for the demo release for this one!

Intero was busy remixing the Teleporter Theme (also called Awakening), the Exposition Theme (called CrossWorlds) and creating the Escape Theme for the scene after the boss battle. And because this is still not enough he also created a Boss Theme prior to the CrossWeek. The Escape Theme is not quite ready yet but the other 3 are!

So check out his SoundCloud here and listen to these new and remixed tracks (includes cheesy Lea cover art!): Soundcloud.com

As already mentioned in the previous sections, we extended our plot by a lot. Everything from the boss battle to the end of the demo is now basically done. There are some missing bits and dialog changes, but it works and you can completely play the story part of the demo from beginning to end now. These were implemented by Felix and Henning over the week. Of course we have a little teaser for you again: 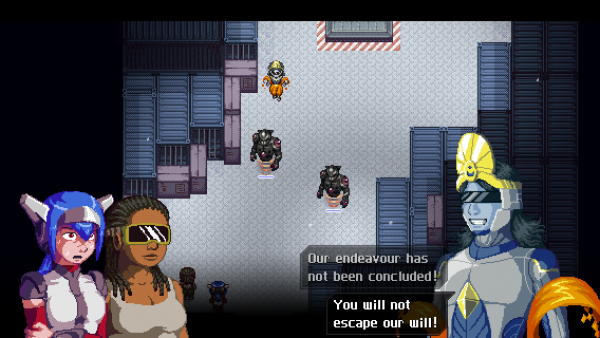 So here's a big one. We designed all important characters on the CrossWeek. That's right, we had a really awesome and lengthy design session where we discussed characters and environment and gave each character a basic shape. Now we don't want to share every single one of them (some still need a proper concept art anyway), but we picked out 3 we want to show you. All of the characters are part of a guild inside the game and you'll meet them often on your journey. Note that these pictures are only rough sketched that will still be polished for the final concept art. 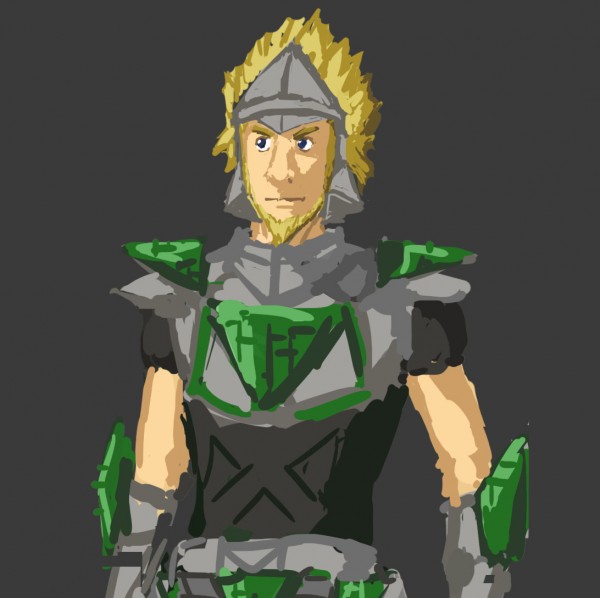 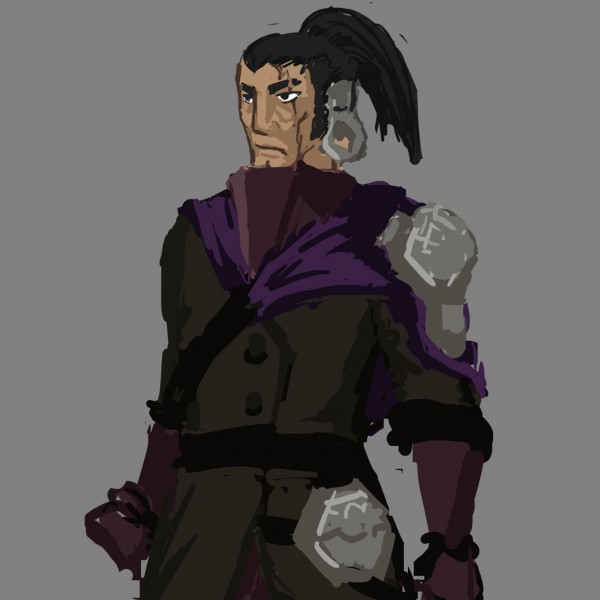 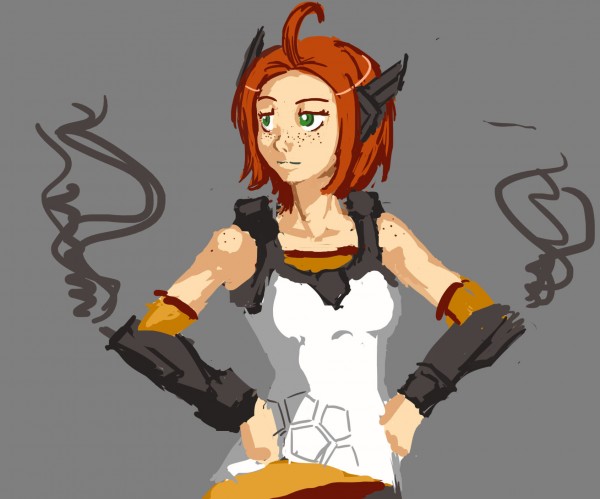 We don't wanna talk too much about the personalities of these characters to avoid spoiling you. We always aim to create different types of characters with little quirks and edges that make them more human. It's hard to convey this into a small text.

Remember this character from the last update? 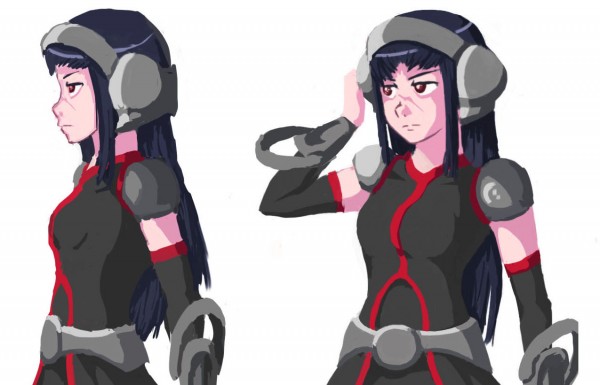 While we still won't tell you who she is, we decided to at least tell you her name: Shizuka. And yes, this is the character you'll play in the new area which you visit before the real game starts on the cargo ship.

On the environment side Frece worked on all the different places you will visit in the game. Yes, he basically got them all done. Of course we want to hold back some of these for later but here are 4 different areas he designed: 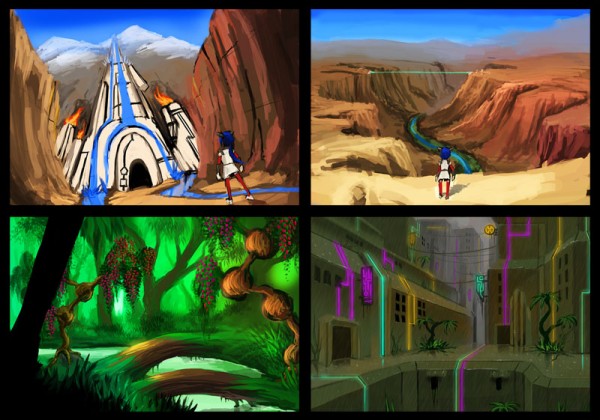 Some of these were designed on the CrossWeek while others have been created before the event. He also helped on the characters and did some pretty nice concepts of some character we'll show on a later date.

Phew... okay that covers the basics. But we're not done yet. While we worked on all this, we managed to squeeze in some other stuff. We added various new editor features to help us quicken the workflow of creating maps. First there is the new Height Map. Felix added this awesome and very handy feature to create cliffs and rivers much, much faster. Explaining it in all detail is probably worth a special technical post. Here is a little summary of what it does: 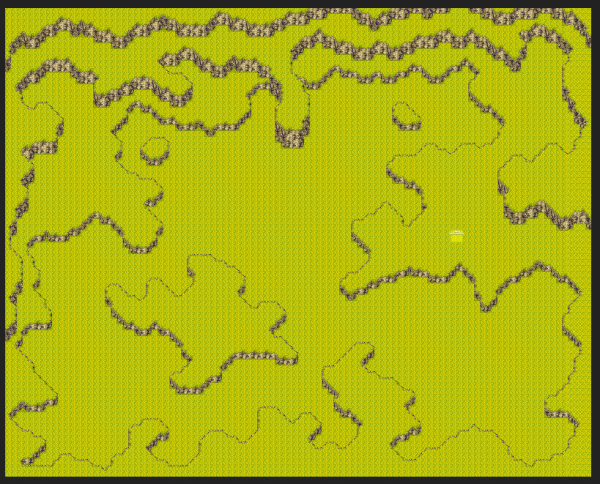 Switching to the height map, reveals this: 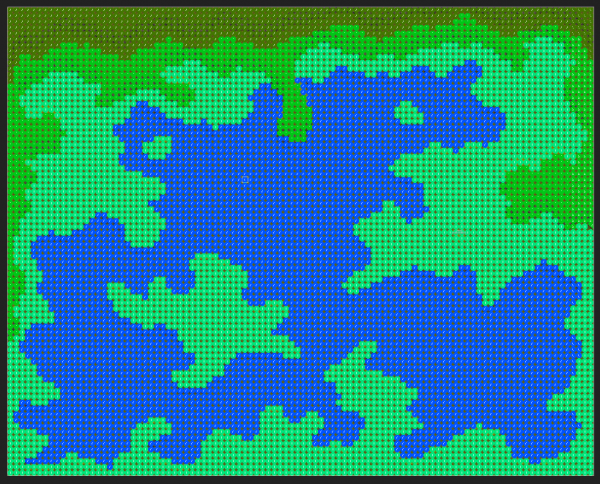 This represents the different heights, the blue covered tiles are water while the green/cyan tiles are land. Now if we add these green tiles here: 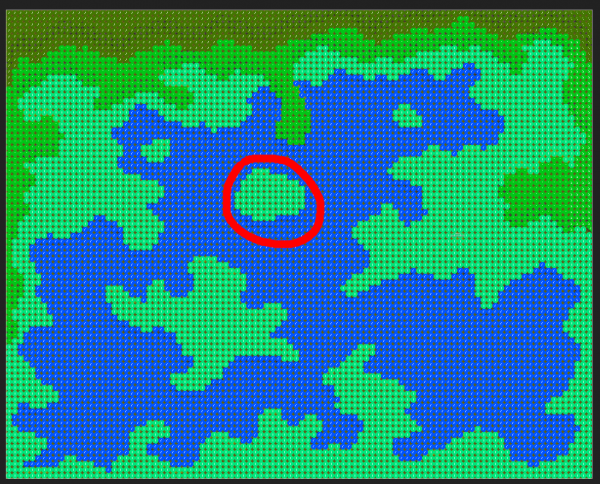 This automatically changes to this by means of a single button press: 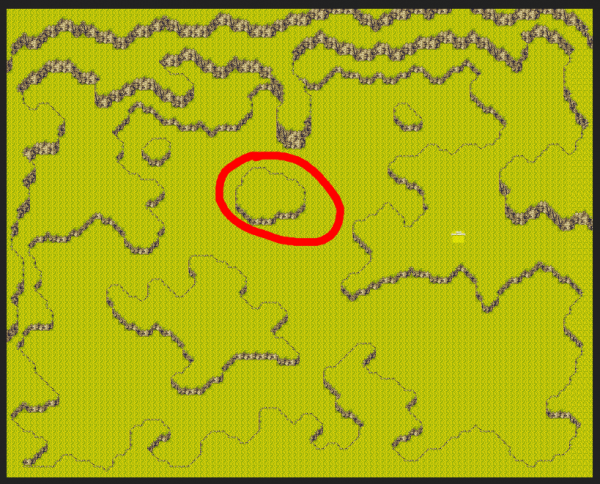 If you want a more detailed explanation, let us know!

Felix also added more feature to our flexible enemy system to make it possible for us to hold enemies in stun/place for longer attacks and make them move away from the player through our navigation system.
Apart from this, I added file dialogs which help to quickly navigate sound files or maps in events. Before this we had to write out the precise file path by hand, which surprisingly resulted in errors quite often...

We managed to finish a lot of the things we wanted to do. What's left is to combine all these individual pieces to get the final game content for the new area. This will be done over the next 2 weeks. I would say we completed 80% of our TODO-List. As always there were a lot of issues that needed fixing before we could implement new things. The engine is still growing and so is the game. On the bright side we added features we can reuse, so over time these issues will fade into the background, leaving us with more time for content.

That's right! Almost forgot! We have an official release date for the demo:

And with this little piece of information we come to end of this massive update. As always, we hope you enjoyed it!

Nice update, again I probably forgot if I asked this already or the response, there will be a downloadable version of the next demo? Otherwise, hope this project continues on toward a very possible full release.

I don't quite remember is I answered this too... :D

We didn't really talked about this yet. But we can provide a downloadable version for sure! I can't make any promises as we never tested linux/mac and noticed some strange performance issues on low-end tablets when baking the game into an executable. We'll probably have more info regarding this in the next update.

Maybe if you are able to release as an HTML version if possible?

I will test out the tech demo on Ubuntu to see how well it works and get back to you. My sister has tried it on Mac and it works like a charm! (Mac Version 13, "Maverick". Ubuntu Version 14.4)

I might try it on Windows 95 for the lawls using a custom web browser. I have a long list of different operating systems on my computer cause hexa booting just doesn't seem to be enough for me xD

The standalone version will make use of node-webkit so it's essentially the same as with the browser version. Concerning the linux/mac problem I was referring to making the executable for those platforms. It's possible but we never tested it.

For browsers, all operating systems should work fine. It more of less depends on the PC and the browser you use. We have a pretty old ThinkPad and the game runs just fine on it! :)

Thanks for the help! Write us an e-mail if you tested it all out. It helps a lot, really :)