Almost two months ago (two? yikes!) we first mentioned that we'd be making a patch to the Conversion Pack 2.0. A little more than a month later, in mid-late February, we released an internal version of this patch (v2.1) to the Gametoast community for testing.

And a few weeks later, here we are. The 2.2 Patch has attempted to cover any and every bug that's been reported to the team since the release of 2.0 in September. You'll also notice a number of modes being cut; this was done to remove any redundant modes (i.e. uber and XL on the same map), increase online/offline stability, and give more room for additional mods. A list of the additions/changes are as follows:

Enjoy! Here are a few screenshots of just a few of the changes: 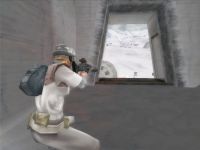 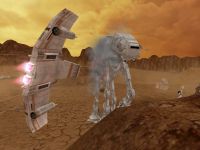 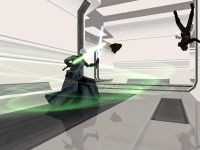 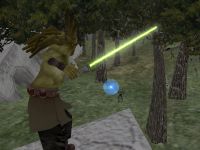 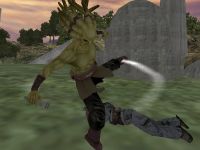 V-Wing! Nice! This looks really good. Keep it up!

Im from the Future you must travel back in time with the Doc in the time machine to save the world!

Awesome patch.
Was the reason why I reinstalled Battlefront 2 lol ^_^

Anyone know how to add more ai units into the game?
I tried the Fake Console and went thru add units to team 1 and team 2
but to no avail.

every year, this will get a new reply

On a few of the new maps, my game will shut down completely, as if it was never running in the first place. Also, (I don't know if this was intentional) The names of the new maps and modes are odd groupings of letters and symbols similar to (but not exactly) AS%#@.

At the top under the file title there's a set of tabs, one's called "files"

So, I'm not sure how to actually run this mod? I've downloaded the Conversion Pack 2.0, the 2.2 patch, and the KotOR GC Conversion Pack, and followed the prompts for each download. I'm not sure where to actually play this, as running the game through steam just makes it play as vanilla, with the screen flickering now. I've not downloaded any other mods for this game, do I need a version that is not through steam?

no have you chosen the right installpath?

I think? I've tried copy pasting the address from my steam files that led to the same name required by the original guides

Does anyone know if this mod allows you to play as the added units in this mod on maps other than the maps the mod adds?

Whenever i try to install the mod i always have the safety check error. I am using the steam version and have already applied the 1.3-v130 patch. Can anyone help me?