The (short) Halloween Holidays are now past, and school has resumed once again, but that did not stop me this time! A lot has been done, and more is to come!

To make a long story a little bit shorter, I will now clearly state for you that The World of C'wbiau Level Editor v1.0 is finished! After many, many hours of work, and a heap of troubles along the way, the Editor is finally ready to give all the tools needed to create a level. That's right, you will have the tools but no clue on how to use them!
Writing a User Guide is one of the few remaining on the todo-list, and as it looks right now I'll be able to complete these things rather soon (I hope). As I've mentioned before, I'm using a GUI system of my brothers, and he has been doing some heavy updating and rewriting of that system lately. With his work done, I shall, e.g, be able to, with just a few lines of code (as long as no spiders or other bugs find their way into my files), add a Fullscreen Mode.

For those who'd like to see it, here's the complete todo-list:
• Update the Mouse Scrolling (aka. navigating the level by dragging the mouse).
• Reorganize the Toolbar.
• Complete the Help-menu and write a User Guide.
• Make some changes in the Tile-tool.
• Add a Fullscreen Mode.
• Maybe make it possible to zoom out (I haven't really decided about this yet). 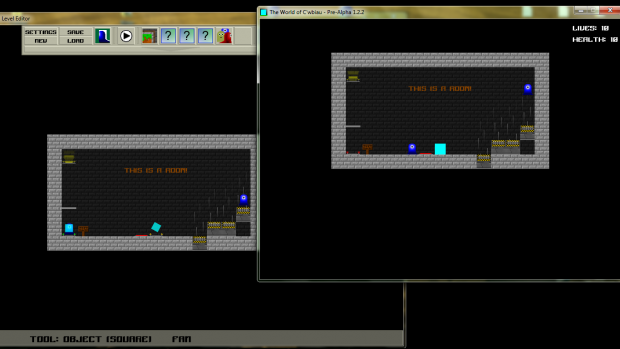 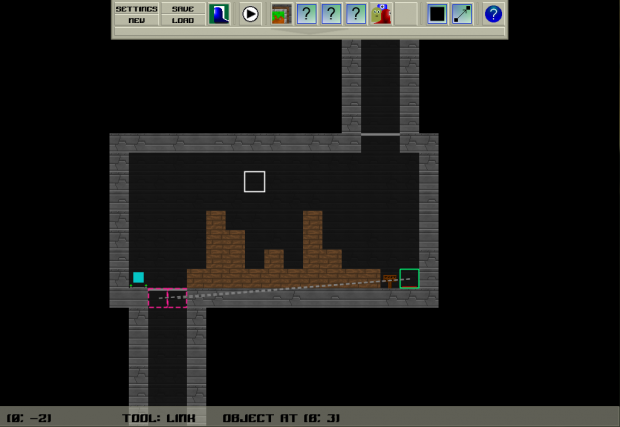 The Level Editor
The main focus for my programming since sometime during the end of the summer holidays has been the Level Editor, though school has prevented me from working with it as much as I'd have wanted. The last few weeks however, I've found more time for programming, and progress has been speeding away with at least 1-3 things erased from the todo-list a day. Some day I even completed over 6 items on the list...
The focus on the Editor means that there are almost no new in-game objects, something which I will be able to dedicate more time to when v1.1 of the Editor is packed up and ready.
As you might remember, if you read the last news post, I had no changelog there, so I believe I will have to make up for that now, so...

-== Additions in both the Editor and the Game ==-
General:
• Fixed the sound-player, which would not always load the sounds correctly (no, there are still no
sounds in-game).
• Added several new features to the sound-player, making it possible to load sounds in several
different, and in some cases more efficient, ways.
• Cleaned up the code a bit.
• Improved the error-logging.

Features:
• Added checkpoints (with an animated texture!).
• Added an image object, making it possible to display any image in-game.

Performance:
• Tweaked quite a lot of variables, now some of them will require more memory, while others will
require less.

Bugs and Performance:
• Every background-tile that was placed was mirrored in the world,
E.g. Placing a background on (-2; -2) caused it to appear on (-2; 2), (2; -2) and (2; 2) as well.
• Every tile that was placed caused all tiles placed on the mirrored coordinates to be removed,
E.g. Placing a tile on (-2; -2) caused the tiles on (-2; 2), (2; -2) and (2; 2) to be removed.
• Placing a tile or background after a level had been loaded caused every tile and background on
the level to disappear.
• When you had tested a level and closed the test-window it was only hidden from view, still using
memory and making further tests unstable and buggy.
• When using the "rectangle" tool, clicking on the Toolbar at the top would fill/clear the last drawn
rectangle, meaning you could accidentally fill your entire map with enemies, removing everything
else.
• Some minor problems with the mouse in combination with negative coordinates.

That Level Editor looks sick. I really like the dotted line that connects the object types; it looks like it makes it much easier to create levels.

The World of C'wbiau Platformer