Version 3.15 of Conquest of Elysium brings a completely new and unique character class to the game, The Voice of El. The priests of El gathers relics and use them to get favours from their god and to break some of the seven seals that restrict the actions that El can take in the world of Elysium. The more seals that are broken the more powerful servants will come to spread the word of El, but breaking too many will also bring the apocalypse closer. 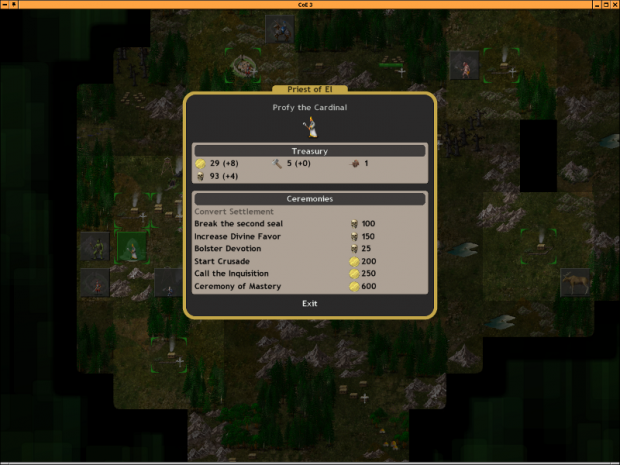 Try and get Dominions on greenlight ... more people need to play your games

Thanks for continuing to update this great game!