We finally found a Concept Artist, and he has been up to some great stuff lately.

We are happy to present you the Concepts of two of the five alien races appearing in the final game. Our Concept Artist Michael drew them last week and I will now show them to you!

The first race he drew were the Fevorians. 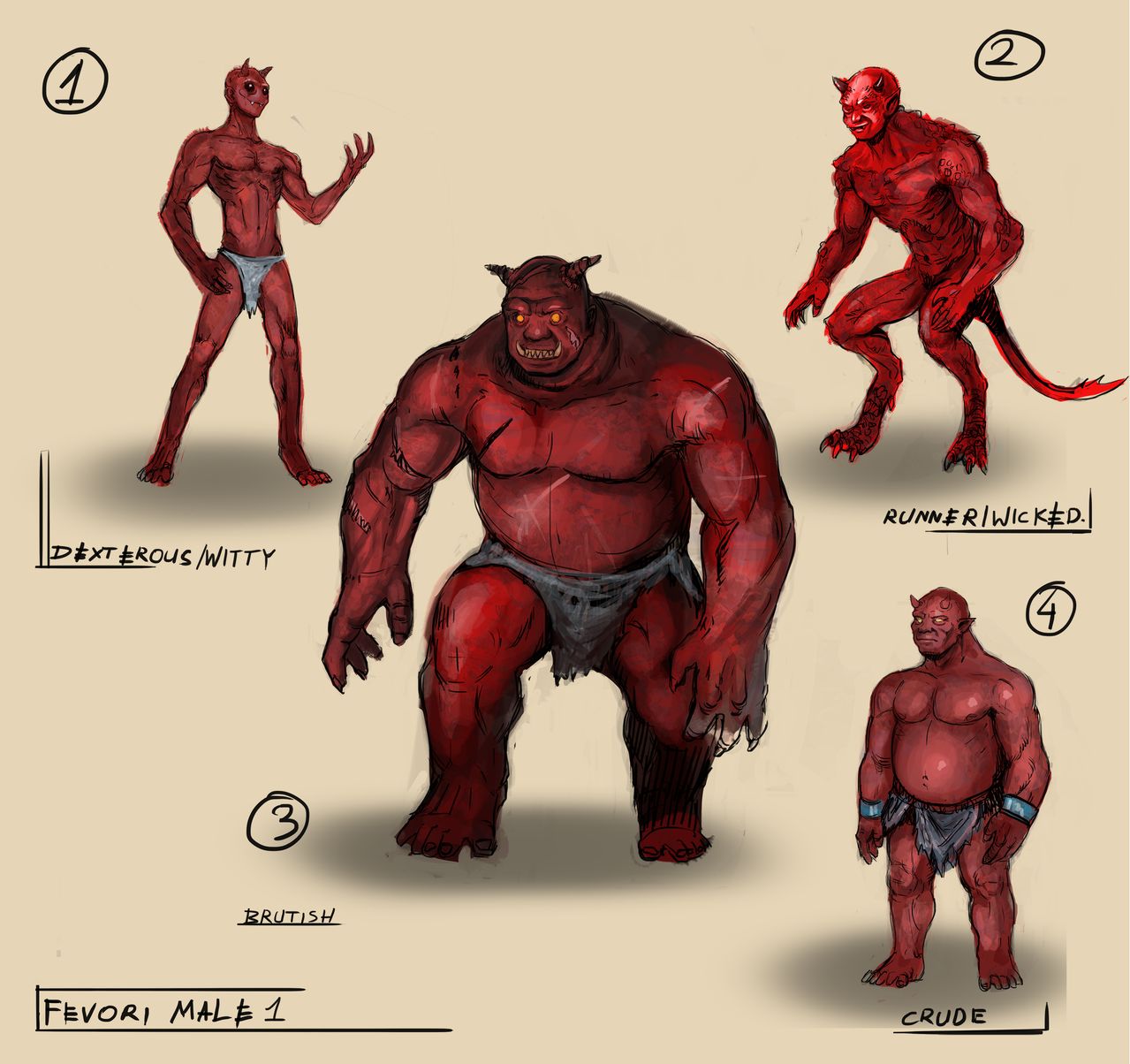 As you can see he took the time to think about different males. Some of them wil definitely appear in the game.
But now to their story:

"A red skinned race of ‘devils’ due to the males having black horns on their heads, the Fevori culture makes the Fevori great marksmen with some them being granted limited freedom to serve as bodyguards and snipers in the Imperial Military. The Fevori are of a darker tone of red than the Ragon and were another race to fall to Illgoths wars of conquest."

This is the story our writer came up with, sounds nice, doesn't it? This means, that in one mission (maybe a kind of flashback or something) you have to kill some of them because (if you remember) the human race was attacked by the Ragons, in whose military the Fevori are fighting.

Another Race are the Yisuta. Our Concept Artist made 2 drawings for these guys. 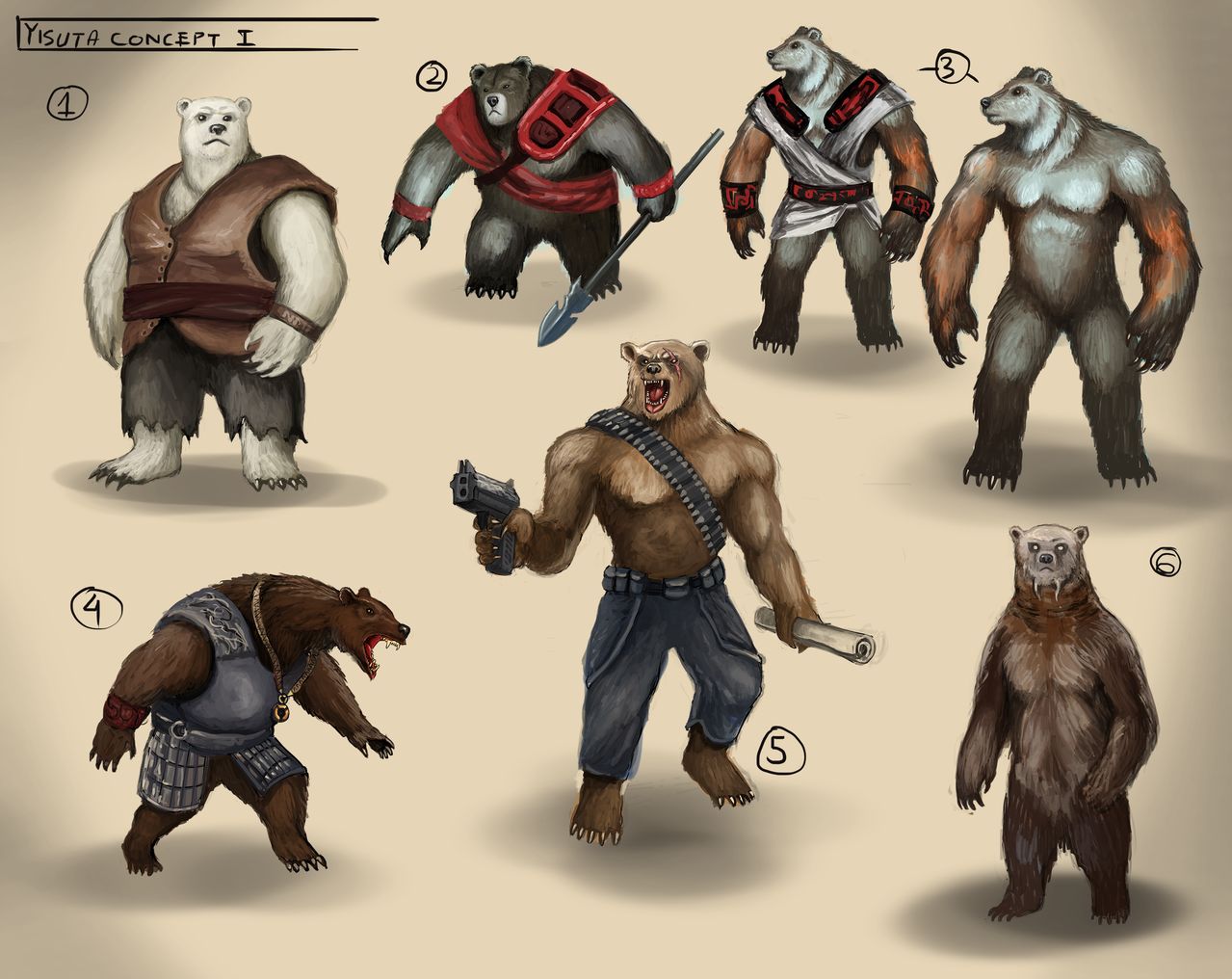 First of all, again different types. As you can clearly see the Yisutan are bears, which makes them one of the most dangerous enemies, or best allies ingame. 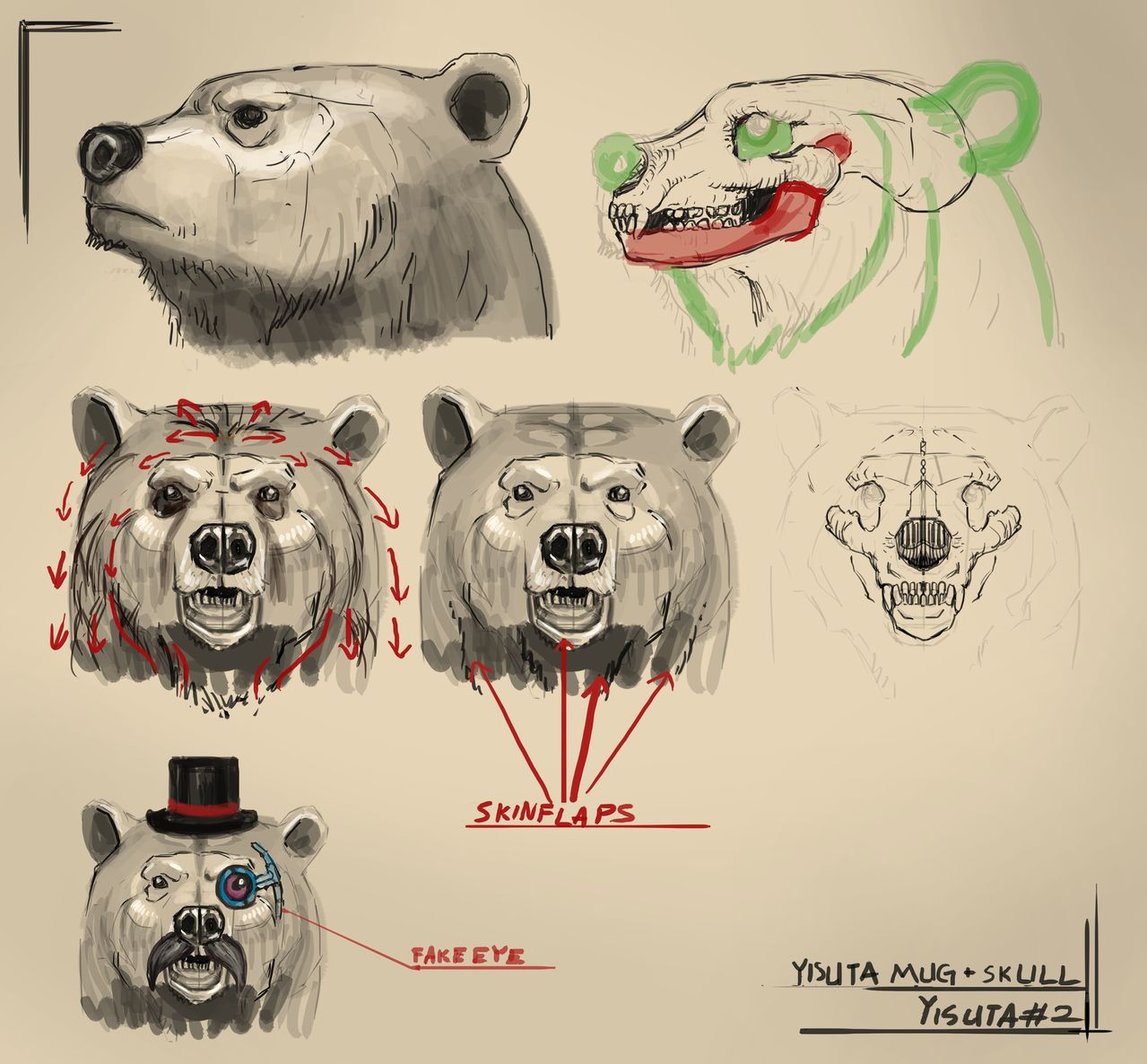 The second drawing however focuses on the skull of the Yisutan.

Back to the story part:

We thought of some ancient-japanese-like government, which divides their territory into different Shogunates. They are peaceful, but you don't want to be an enemy of them.

I hope you liked this little insight, please comment your suggestions, feedback, etc. and don't forget to vote for our game!

Looks Great Especially the bears,When you play Online will you get sorted out into a race or choose? I don't think you should choose what race you are put into, you should just be randomaly put into one, and you just customize each one of you Character races. and Also will the be male and females?

Well, it should be no problem to assign the players randomly, but in the alpha there won't be multiplayer, simply because we first of all have to figure out what works best for us (hosts, code, etc.) How far do you think should customisazion go? Should there be only predefined types from which you can choose, like the brutish fevori?
We have only males in the story , but I guess we could also do some female models for multiplayer :). However, early 2015 will be the Training Room demo, which we will put up for downloading here, and somewhen in later 2015 the alpha with completed story should be ready.

Thanks for the response, Customization, I think you would choose for example the Brutish Fevori. and be able to customize idk maybe the horn style or the eye, mouth and nose shape just in that area. and maybe for the Yisuta(my favorite BTW defo gonna want to be them) you could may be choose the stature like on the pic there are many different types, as well as choosing the hair color an each one would idk maybe be a different type of bear. Or you could go so far as to make it so you could customize the hair like on Sims 3 (but not ridiculous colors) :)

Well, we'll see what's possible with Unreal Engine 4, but I think that most of this should be no problem. :)

"skin flaps" lmao
seriously though, it's coming along great :D could you give me an example of something that Unreal helps make easier/possible?