Codemasters talks about that now they are working on a new game rally series DiRT.

Codemasters talks about a new DiRT

Codemasters talks about that now they are working on a new game rally series DiRT. It was the official account of Codemasters recently let out a twitter message where they let out a thinly veiled hints about the game.

Codemasters has yet to announce a new DiRT game, but rumor says that the game would be announced already in February. But was delayed after it emerged difficulty to obtain licenses to use real bilnavn game. 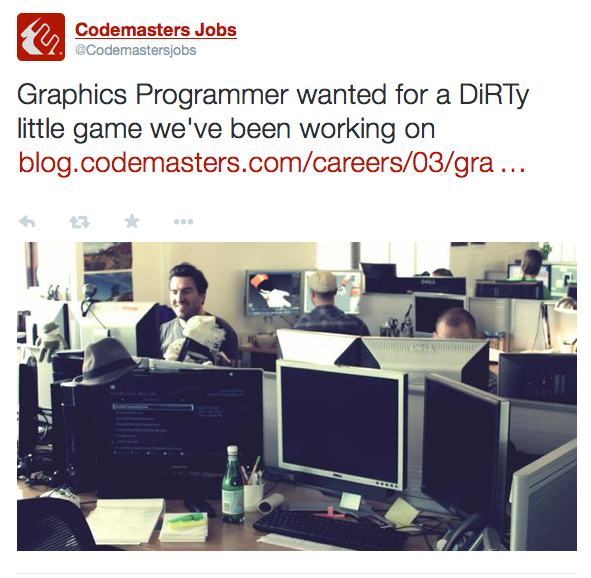 Looking forward to a new DiRT?