The Coda team has recently released the first chapter of a comic based on the mod's universe! Check it out!

We've been working on a few things at once here at CodaMod, which we'll be rolling out over the next week or so. Beyond a new version of the mod, which was submitted to phase 4 of MSUC, we have the first chapter of a comic based on the Coda universe as well as a set of tutorial videos. 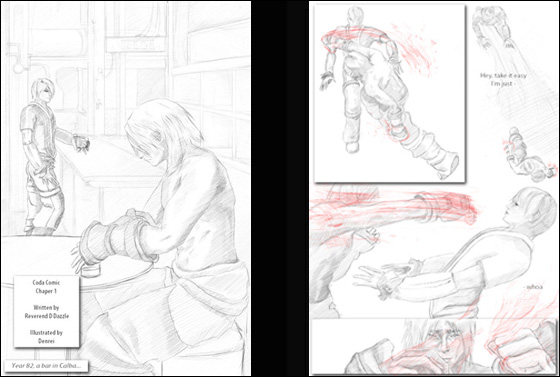 Check out the first chapter of the Coda comic now!
Keep a look out for the tutorial videos which will be out soon.

Call me a total noob, but I never even knew characters had magical abilities until like my 30th round.
Even then I never fully understood what most of them actually did.
I also never even got the combat system. I ended up aimlessly and randomly attacking.
Despite that, I played for many long hours and really enjoyed this.
Lastly, I didn't realize this had a storyline! Or is this comic just art to support the mod?