A brief glimpse at the ideas going into Co-operative game play and the machete in good condition.

Last time I talked about traps used to defeat large monsters. Well now to bring up the issue of co-op and show off the machete concept.

Well first the machete. The previously created dagger was pretty crude and ugly, so I went with the original design of a machete. The concept of the machete was graciously donated, since I can't draw.
I tried to make it more similar to the previous concept but I think I made it uglier. Well you get the idea. 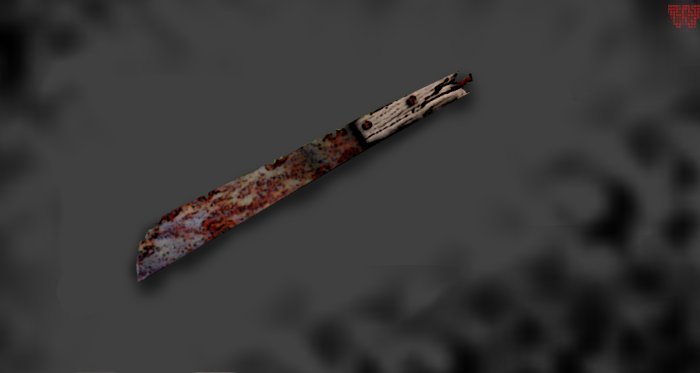 The machete is for desperate last resort situations and shouldn't be used in many other cases. Its not very powerful, but in a close quarters situation and if the enemy is roughly about your size, it will get the job done. It is in considerably good condition.

It would be in good fun to have two players scheming together and creating traps for baddies, but that is not really the way W is headed.

One player, the first player, will be wearing what resembles a ghillie suit assembling traps and fighting off large beasts in a very strange landscape. 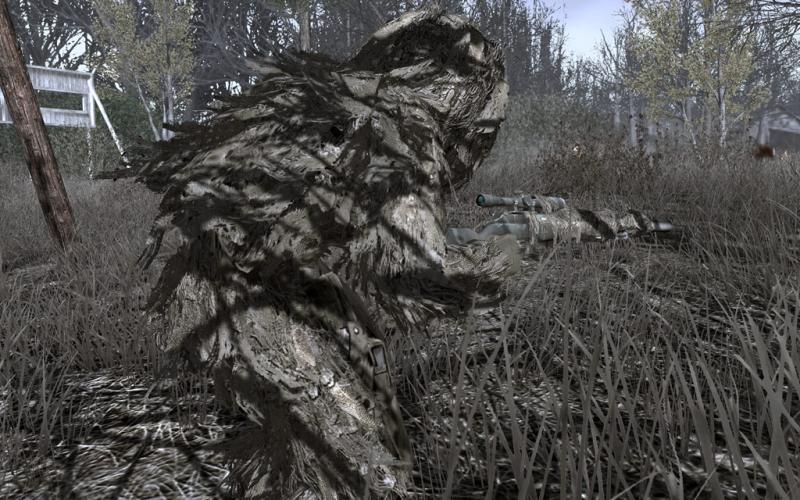 A ghillie suit from Call of Duty: Modern Warfare

The other player, the second player, however will not. The second player will greatly influence the first player in everything that he does but will not fight along side with him or even see him.

He will, however, be in the same location as the first player.

This is shaping up to be unlike anything I've ever played.
I'll be looking out for the next bit of news.

if this is pulled off, i am soo gonna play this alot, and LAN parties will become more fun. :)

Dude Im liking the ideas so far, I hope you can pull it off, I'll PM you with a question.

"One player, the first player, will be wearing what resembles a ghillie suit assembling traps and fighting off large beasts in a very strange landscape."
Lol'd at this. Looks amazingly unique, congratulations ahaha.
Btw, what types of strange landscapes? You mean something like hell with trees and ice?

I'm not much of a concept artist so I may have to fully create a map to portray what I mean.