After lots of work, we present the latest version of Claiming Xodius available first on Desura. Claiming Xodius is a 2D action-rpg set in a parallel universe. Explore the world, collect items, fight monsters and build a party in this old-school hack 'n' slash RPG.

Play the old versions for free, or get the latest on Desura

The Battles have changed!

There's a part of Claiming Xodius that has bothered me for a long time now. No stamina/mana system in CX. This meant made the fights pretty redundant.

The fix brought in by version Remora?

The cool-down/over-heat system. Tools heat up as you use them leading to a powered-up overheated attack, however after this attack is executed, the tool can't be used until it cools down to zero. So fights take a little more planning. Also, since version Quillfish, element advantages have become much more important. 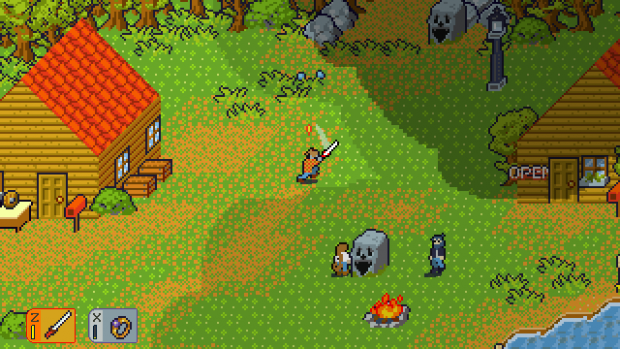 Katana is shown heated up, while the air ring has barely been used

All the sounds have been completed for Remora! This means that water, light, and dark attacks now have some nice sound effects. Some animations have also been added for the air and water attacks. Earth is still lacking and will be getting attention in the next update.

Since we're pushing Remora into the area of paid games, it has become more important to have a larger variety of customization options. 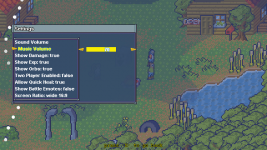 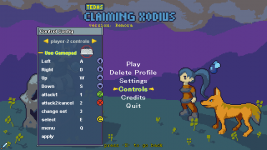 They're kinda ugly (for now), but they do what they need to

One of the main ones is the screen resolution setting. Now the game can be played in either standard or widescreen mode. However, standard resolution (much less common) does not work with menus in 2-player.
There are also options to enable numbers that display damage dealt/recovered, experience gained, and orbs collected. We've added an option to enable 2-player mode. We reccomend that you use a controller, but the keyboard can also be set up for two players. Once enabled, the 2nd player can press 'start' to join.
Another option is "allow quick heal". This option allows your party members to use your healing items. It also enables the quick heal pop ups for the player. We added this one because a lot of people were mentioning how the party members were using all the potions.
You can now set whether a player plays with the keboard or the gamepad. Keyboard and gamepad controls can also be customized to your liking. This could be a little more integrated with the in-game tips, but it does what it needs to for now.

So this is a pretty large update 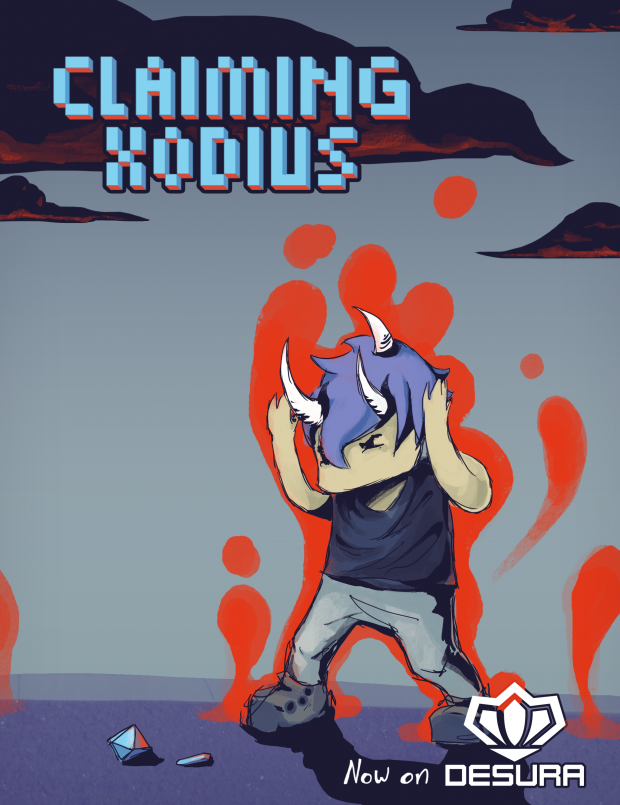 Hey congrats on the commercial release! I really like this game, and I can't wait to see it progress even further!

Hey thanks! Glad you like it, and we're already working on the next version :)

It's great to hear and see how your game evolves more and more! I love your distinctive graphic style, it's very original. I'll buy CX on desura soon - unfortunately not this month, as I've already overstretched my game budget. ;)

Hey, glad you're into the game, you've been keepin up with it for a while now! And we've still got more comin