During the duration of our Kickstarter we've been hard at work on your feedback, a new demo is coming soon to show you guys. Read what it has in here!

Our changelist for version 1.04 (which should be hitting you shortly) has about 34 items on it, so instead of listing all them here I'll highlight a few of my favorites. When you open the game now you will notice that the title screen now has multiple options; Normal is the same as the demo before, Hardcore will allow you to play until you die and give you a score, and Time Trial will allow you to see how long it takes for you to reach the boss. Of course these modes mean nothing if you can't compete with friends, so we've added in the ability to provide a seed to the game which will generate the same dungeon every time. I'm sure the next thing you will notice is the revamped graphics, but it doesn't stop there, we also have brand new maps to make each playthrough feel much more varied. 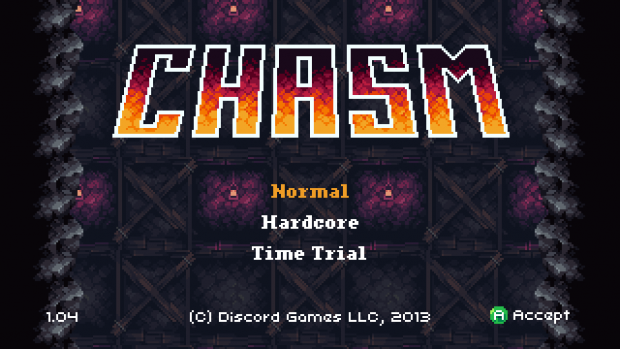 Another widely requested (and now implemented) feature is re-mappable keyboard controls. Don't like how Chasm controls? Just change it around so that you feel you are getting the best experience possible. 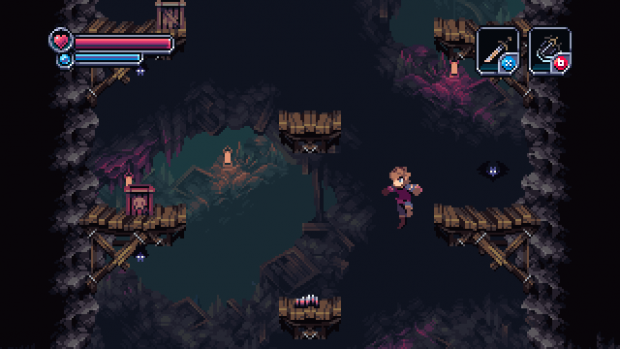 Rolling now grants you a moment of invulnerability, so you can dodge incoming attacks. Bats will also be MUCH less annoying when you fight them. 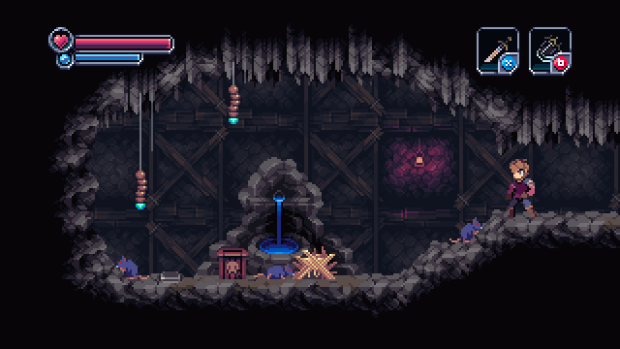 The demo will also go to the third floor now. Oh and if you're interested in translating the demo to enjoy it more, there's support for that as well.

If you want to read the full changelog,


This is all being done based on feedback from Kickstarter and our website. Feel free to spread the word and participate on the forums, we actively read all the feedback we get.

I hope you guys do well on your Kickstarter and get this game up and going!