In today’s update, we want to share with you the early work available for the basic character customization elements in Umbra!

More than 7,700 backers have pledged $266,000, and this has allowed us to reach new stretch goals! Thanks again to all of you, because Umbra will now be released in English, Spanish, French, German and Russian!

On top of that, backers are getting some extra bonus pieces of equipment in a distinctive Kickstarter green hue as a thank you for keeping us going strong towards the next stretch goal that will expand the pool of quests players will take on in Umbra. And after that, we continue with a few more stretch goal as we move towards the big pair: Hero Defense Mode (the first multiplayer mode for Umbra!) as well as the one for including a proper female hero in Umbra!

We have noticed that some people have even started fansites about the game, which is truly amazing news for the whole team. We can’t thank you enough for working so hard as you help to strengthen the great community that is being built around the game!

In today’s update, we want to share with you the early work available for the basic character customization elements in Umbra. As stated before, the initial funding features a male character hero with several customization options, which is why we can develop Umbra with the funds from our main goal of $225,000. Again, we're incredibly thankful of all of your support, and with your help we're aiming at creating a great looking female character with her own personalization options, fully integrated into the lore for Umbra.

And as you are now aware, modders who get Crytek’s Sandbox Editor will be able to create and add on top of the personalization options included in Umbra once the game is released! Once again, please remember that Sandbox is a Crytek product, so we will not be able to redistribute it with the game. We do try to keep as much compatibility as possible with the freeSDK version, but as we've said before, the optimal way for people to properly mod the game will be to get an EAAS access.

We also want to let everyone know that we're adding a new tier called Beast Tamer at $135, which will include Pet Skin 3 for... the Fire Wolf! You can see the concept art for this new pet skin below. Everyone at $135 or higher will be getting this new Kickstarter exclusive Pet Skin, so those of you at Duke or higher don't need to do a single thing since you're already getting this new Pet Skin! 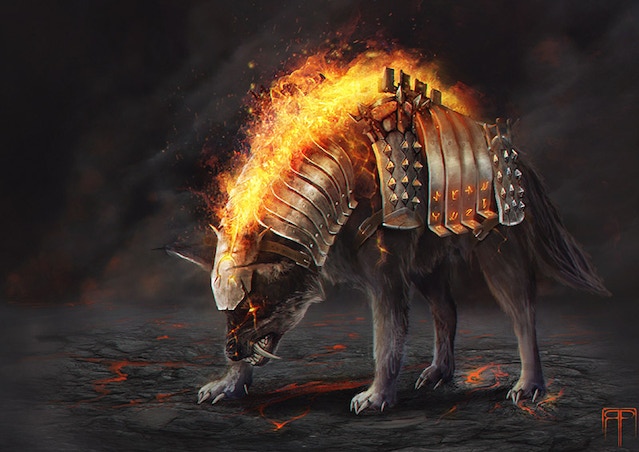 As you can imagine, the Fire Wolf will emit flames from its body while leaving fire footprints wherever he walks. And if the Fire Wolf is frozen or if it enters the water, the fire will go out, so be careful!

Feels like the character personalization system is extremely limited. I presume some further content will be added at some later point in time - (like gender?).
Outside of that, the game is awesome.

It seems the costumization limited but at least what have is nice. It would be good more body types/models and gender but I don't know this game story so if story dependent then it's okay.