Crimson Crow has been so silent lately. Sad, yes. But we are honestly still working, though I want to explain why its been so quiet.

Well I'm sure everyone has noticed we've been 'very' quiet lately. Its not that we haven't been working, its simply because our team has become drastically smaller since our last rut. With the prop modeler quite busy, the GFX artists and mapper taking finals, and me looking for a job, things look quite slow. Hopefully in a couple of weeks things will return to the normal pace and more will get done. We'll also be barraging the community with help wanted requests. 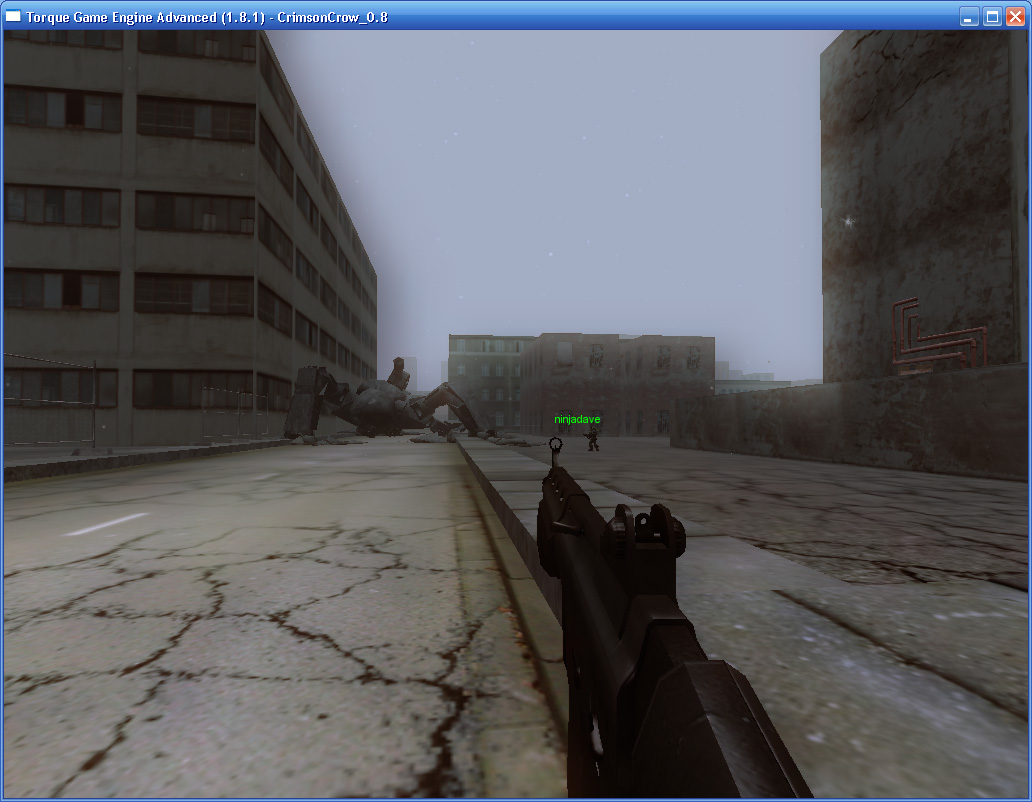 Internet play (The screenshot is more of a rough play though, and doesn't show much off. Yes, I normal mapped the weapon now. Its much shiner.)

In a conversation me and the mapper had, it turns out I've done some very poor work with PR.
Back in March we announced an 'episode-1'. Well a few weeks after modeling, beginning voice work, and fully finishing up the script, we suddenly felt it was 'not' in our best interest to release this map. The map was, in fact, quite boring. We thought that a slow paced beginning episode would get players into the setting. It seemed it worked against us.

We are still aiming for Episodic style releases, and the only thing thats really holding us back from a release is the character models/animations. So far, we have 'one' major map planned. (The map you have been seeing, Gull City.) We intended to polish this single map up quite a bit and release the alpha build as a single map, but once again, we felt this was a poor choice.

Aside from this map, the mapper has recently concepted more maps for the initial build. I'm not going to say any details on the upcoming map(s), but I can say each will have a very different playstyle thanks to...stuff. Really though, its a secret.

Very recently, I've completely retyped up Cc's design document. I couldn't believe my eyes. We obviously over-thought some areas and thought less of others. For example, we have over 30 main characters (Several already modeled), 27+ weapons (Many of which never made Cc's moddb profile), and a bundle of other characters. More to my surprise, we never concepted the basic classes. More surprising, I don't think we've even been thinking about the class system since October. (Hence why we began creating new concept and placing it on the profile, dispite some users disapproval.) 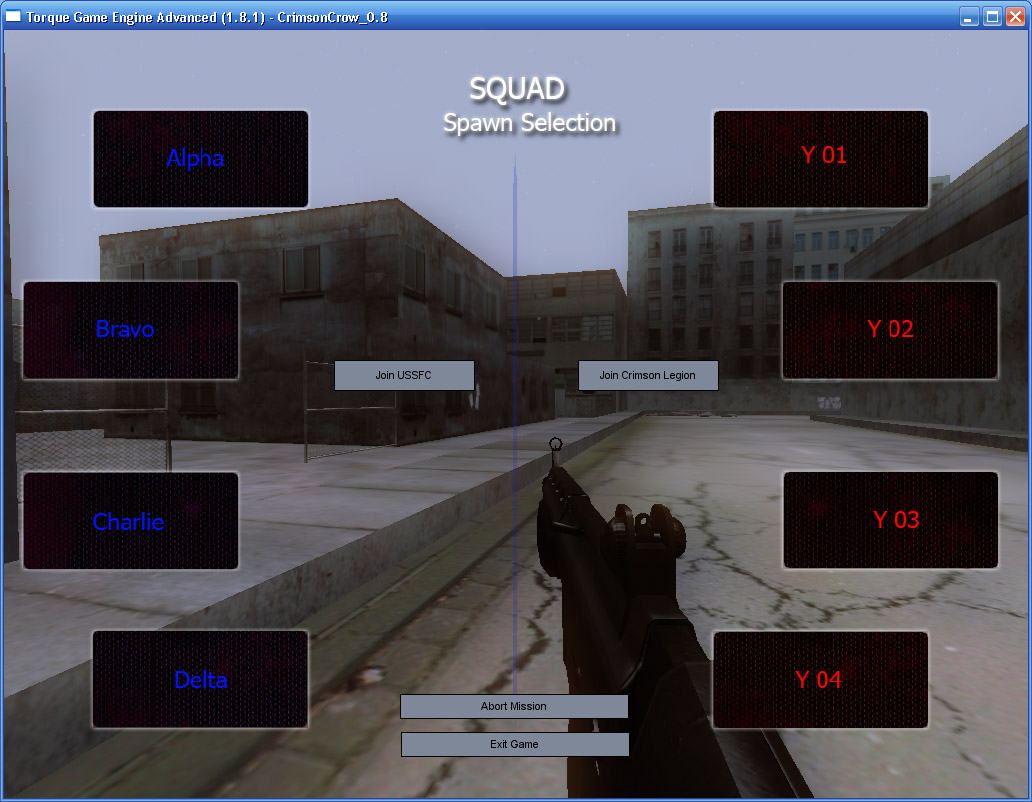 Our new squad selection (Thanks to Ocke!)

Also quite surprising, how many Moddbers have read the Crimson Crow book? (Called 'The Crimson Crow.) I typed up this work in progress book a few months ago, forumlating the setting and getting character's descriptions down. Thanks to some poor PR work, it seems this entire idea was thrown to the side.

So, getting everything back together, I feel its time I did some better PR work.
First off, I'd like to ask the community what you would like to see more of. Really, anything. If we have some suitable material to show, we'll place it up as soon as possible.

Until then, I do have a few art assets to show. I hope it holds you over until our next 'real' update. :) 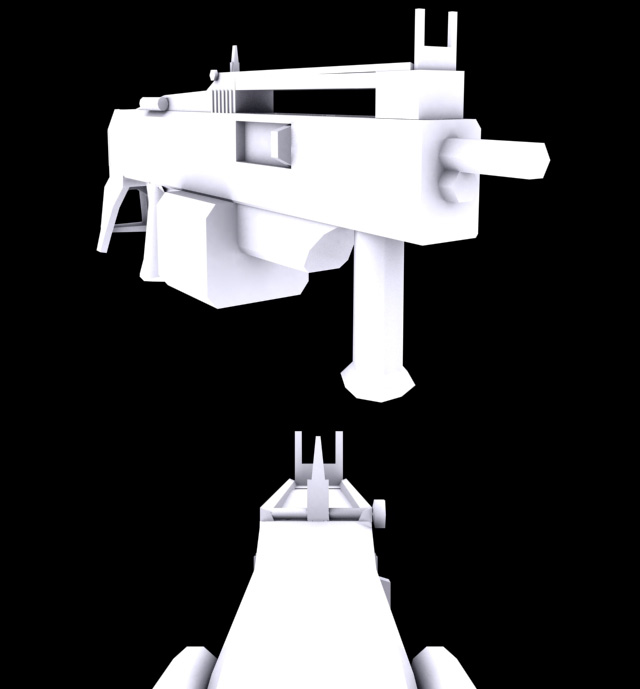 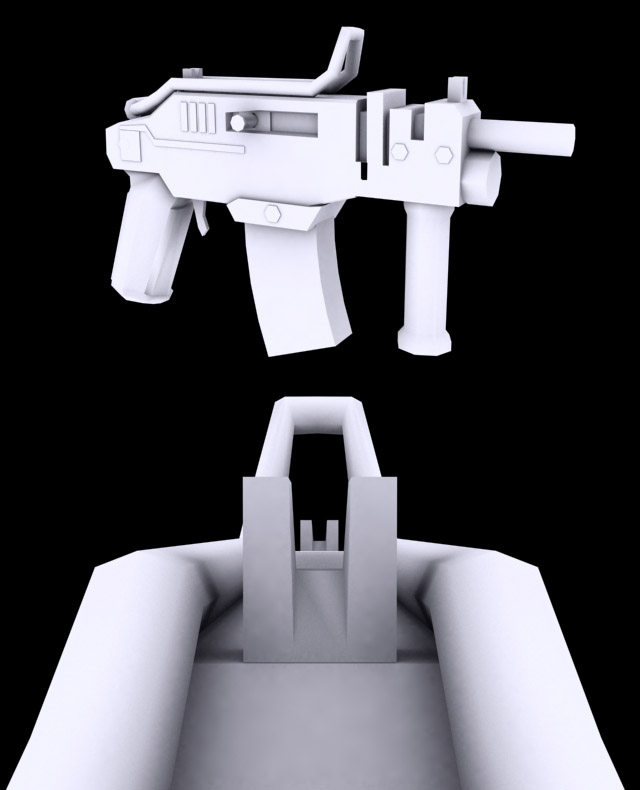 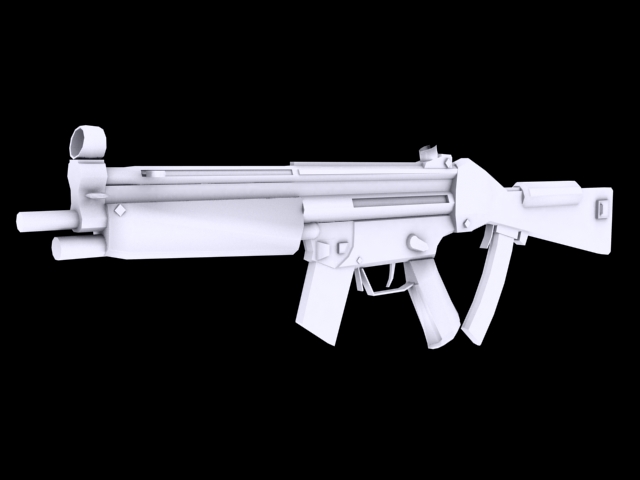 Thanks for reading. :) If you didn't know already, we do have a forum here on Moddb. (Only a tab away!) If you have questions, you can ask them here or on the forum.

on the tmg, the stock is ridiculously short, try extending all the way up to at least the front sight when it's folded

on the g7 (?) the ejection port should line up with the drum and be a bit shorter vertically and longer horizontally

on your mp5, choose between a g3 and an mp5 and ditch the bullpup style... if you're going to make changes to an actual weapon, make them practical

About the first two weapons, that is how they were in concept, but looking at them, they need to be fixed! Thanks for pointing it out.

Honestly, the second clip (Front one) was unintentional (long story), but honestly I felt the design needed some changing anyways.
I'll do that.
I might even keep the classic Mp5 design.

Criticism always helps refine our work, and is much appreciated. When I get time, I'll heavily redo the models. You can be sure to see them changed soon. :)

I'd like to see (honestly) a bit more details in gull city, to make it more lively (plants, or even simple objects to interact with).

Those are some good ideas! I'll have a talk with the mapper and see what would work best.

Nice update Dave, I'm always suprised with what Torque can do with the right crew behind it ^^

since the story isnt real or realistic fiction dont be constricted by the structures of modern weapons...anythings ok i (or alot of us i think) wont care if u get a little creative with the guns

The storyline is leaning towards science fiction, though honestly many of the weapons concepted don't have much basis on real weapons. (With the exception of the Mp5-c2 Seen above.)

I think I'll go to the weapon's concept vault and dig up some of the original ones. If I can't find anything worth while, we can make something more creative. :)

Hi Dave, will this have a Single-Player mode as well or will it be geared towards co-operative/competitve multiplayer gameplay?

The game play details are secret right now. Not that I like hiding stuff, its just that I'm working out details to get a much better thought out game mode built up.

I can say that Cc is 'not' geared towards single player, and that the first release will be aimed towards versus or co-op.