The backstory for the setting and characters in Burnstar. Learn about Evil Inc., their operations on Fairway Island. Discover how Burnstar, Ember, and Toxo are all connected by a single out-of-control fire. See how Evil Inc. treats its employees when you read about Coldsnap and her past. 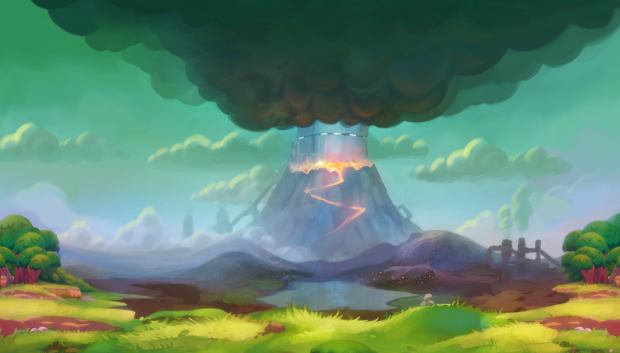 Burnstar takes place on Fairway Island, a forest filled paradise that is home to many easy going and eco-friendly denizens. The island is known both for its lush greenery, and the abundance of valuable ores and minerals produced (responsibly!) by its mines. Things have become decidedly less bucolic ever since Fairway said hello to its newest neighbors, the appropriately named multinational megacorporation Evil Inc. The company has built an AGP-WAMaL or "Automated Goo Processing-With Associated Mining and Laboratory" facility on the island, and while the facility was billed as "zero-emissions," it's quickly revealed to be anything but! Goo leaks are rampant, And what's more, Evil Inc. is clearcutting the forest and strip mining the ore supply to build Goo Storage Crates and then just leaving the filled crates all over the island! Something must be done to protect the island and keep it from becoming a goo-filled wasteland. 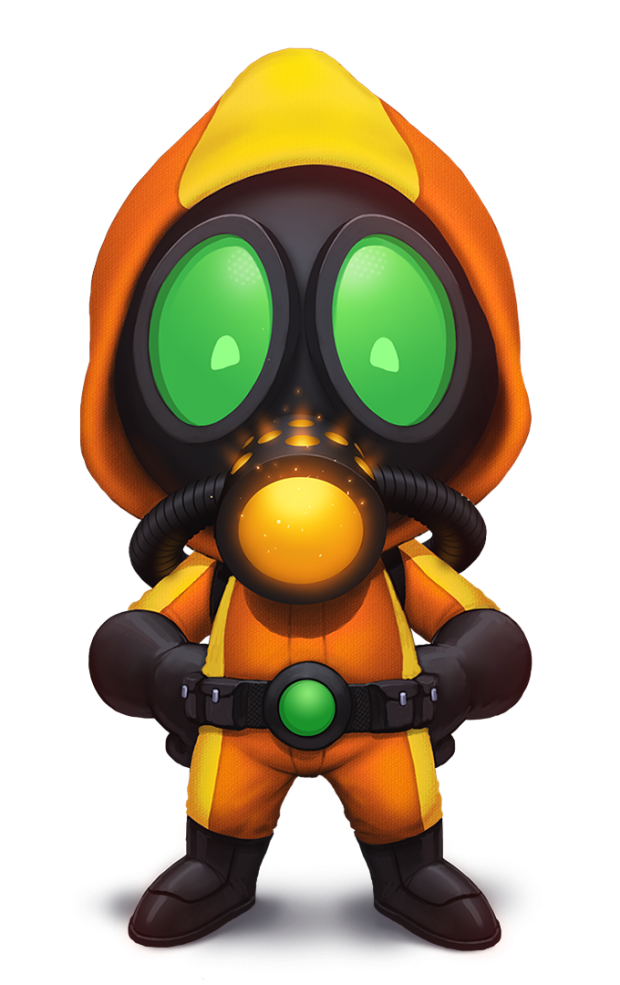 Our Eponymous hero. Born to the native island tribe, Burnstar grew up as a messenger boy for the village stonemasons where he was renowned for his running speed. As an adult, Burnstar worked for the Fairway Island parks department in charge of setting controlled burns to prevent forest fires. Here again, his incredible speed allowed him to light off the fires and escape to safety. During one controlled burn, a fire set by Burnstar grew out of control and resulted in the destruction of a small mining town. Feeling terrible shame over what happened, Burnstar turned in his burn suit, left the parks department and went off into the forest where he wasn't heard from again. Now, after seeing what Evil Inc. has done to his beautiful homeland, he is forced to come out of hiding, don his burn suit and become an eco-terrorist. He'll stop at nothing to ensure that what's left of Fairway is preserved, and that Evil Inc's nefarious plans are put to an end! 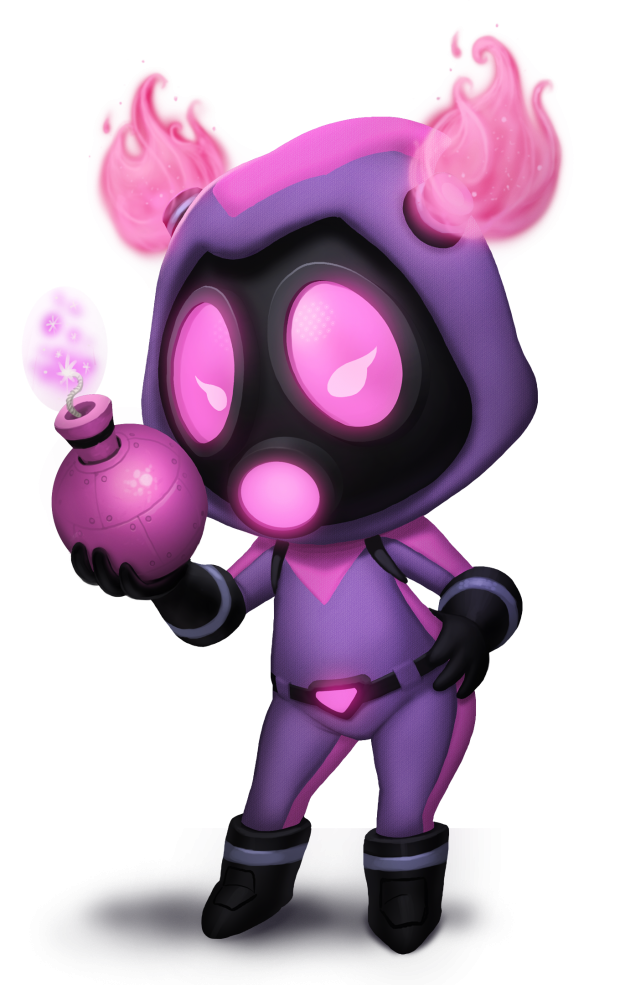 Ember is Burnstar's adopted sister. No one knows for sure who her parents are, only that she was brought to Burnstar's village as a child by one of the mine workers. She works in the parks department as well (there's not many employment opportunities on such a remote island), where her job is to protect all the wildlife that call the island home. After Burnstar left, she took over managing the controlled burns in her brother's stead. Her desire to protect all living things has driven her to join her brother in his quest to save Fairway, as well as Burnstar's hide! 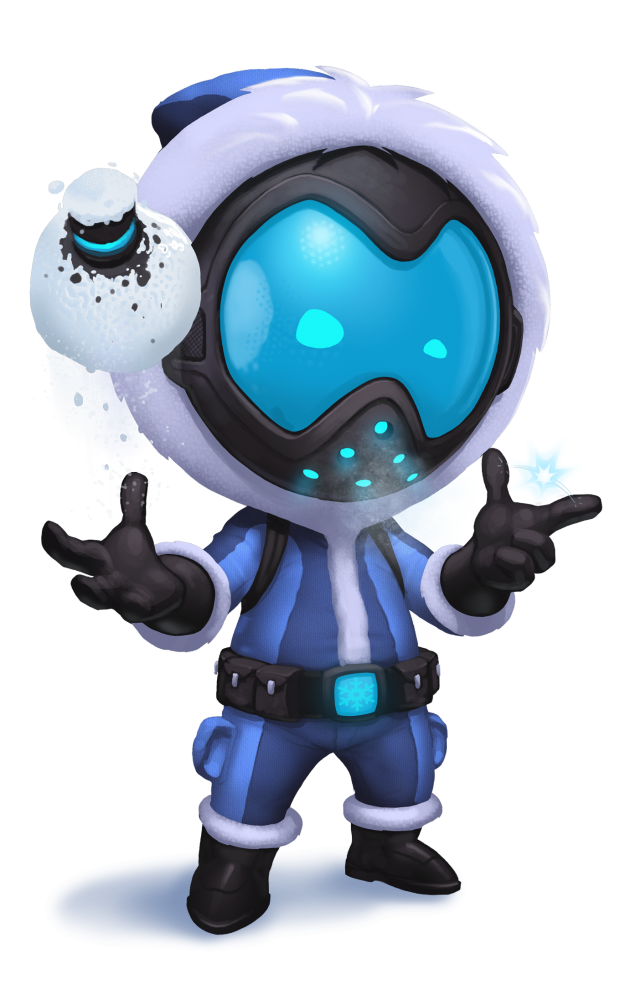 Years ago, Evil Inc. experimented with various ways to dispose of its industrial waste in a more clandestine manner. While never successful, their most promising development was the creation of a freezing serum, which when injected into the still liquid goo would cause it to freeze solid. Unfortunately, while working on the project, one of the Evil Inc scientists accidentally slipped on the slick lab floor and fell on a used syringe of the freezing serum. The scientist's body was instantly turned to ice, and in an attempt to cover up the accident Evil Inc disavowed all knowledge of her existence and dumped her body on Fairway Island. The rest, as they say, is horrible industrial accident history. Burnstar and Ember found her body but to everyone's surprise, her icy blue eyes shot open, and Coldsnap was born. 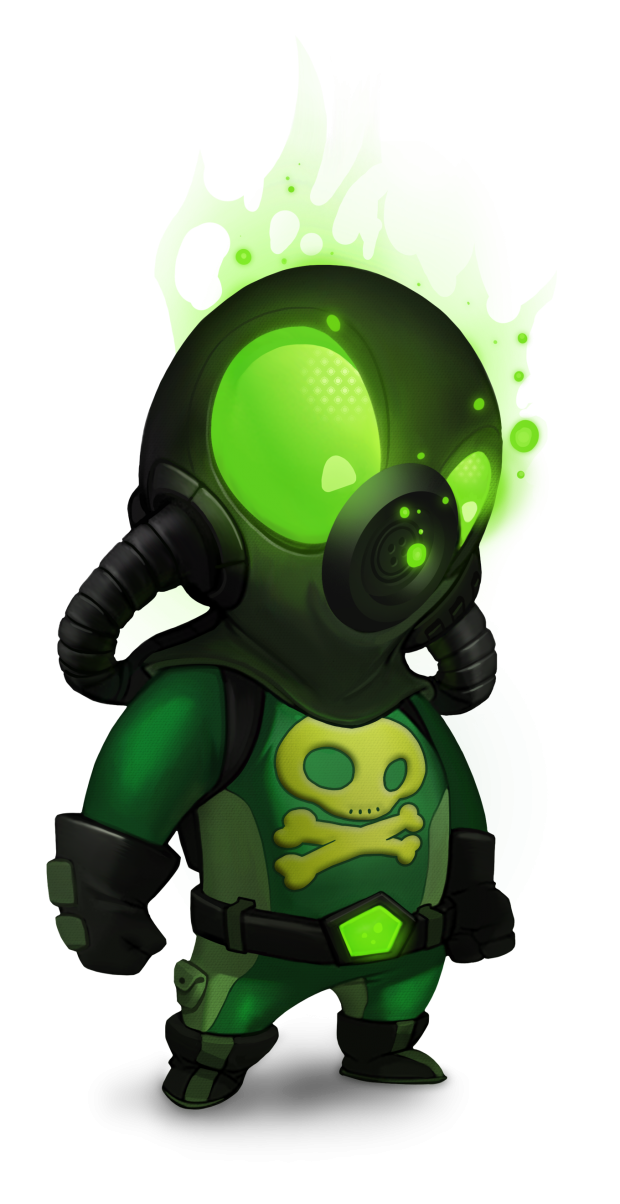 The story of Toxo begins in a dark place. A long time ago one of Burnstar's controlled burns got out of hand, resulting in the destruction of a small mining town on Fairway Island. While many people made it out unharmed, a young Toxo's family didn't survive the fire. Without any guidance, Toxo got a job at Evil Inc. and rose up through the ranks to eventually oversee operations of the Evil Inc. Fairway Island
AGP-WAMaL. Working in the labs, Toxo developed the ability to create clones of himself in an effort to exact revenge on Burnstar for what he sees as the deliberate murder of his family.

Fortunately for our heroes, the clones aren't created with the hatred for Burnstar That Evil Toxo has. One clone was able to escape the laboratory and has joined the rest of the gang in trying to stop Evil Inc. and his creator, Evil Toxo! Unfortunately, as we all know, a clone of a clone is never quite the same, which is why Toxo's clones look so... special.