So here we are, Black Sierra is releasing an alpha version of it's game for generally public testing and community input. So here's the link, go ahead and download it and come back here to read up on some important information regarding this modification. It's a small download, about 90MB.

(Extra Mirrors/Links by clicking the banner)


Now that it's downloading, here are a few things to take note. You'll notice that in the title it's called an "alpha". Well let's just make sure everyone understands that this is still a work in progress modification that is being worked on constantly, so don't expect a commercial game....yet. Also, there are a few things you'll notice, first off there are two gametypes to pick from. The first one is Scenario, and the second one is labeled Campaign. 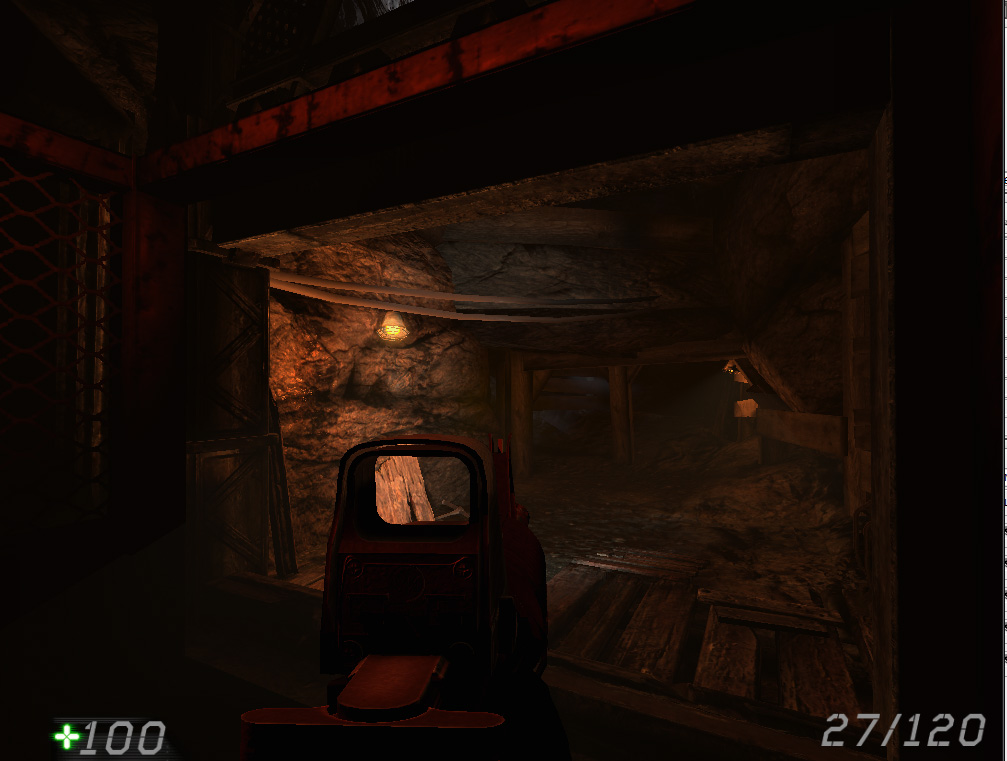 Scenario: This is simply a "survival" mode. You spawn off with no weapons, and you must search the houses in order to find one. Weapons spawn randomly, and they don't respawn. So each time you play through there will be different weapon load outs so it's best to search all over. You'll have a few minutes in order to find these weapons, and find a place to bunker down (or roam if you are brave enough) before the monsters spawn. Then you pretty much get mauled, and eaten alive. If you happen to survive the timer, you win and get to do it all over again.

Campaign: Currently Campaign is a little short, but it's to give everyone the general feel of how it's going to run out. Campaign is going to be one of the more main focuses of the entire game in updates to come, it'll take you through a lot of objectives and maps throughout as players try and escape the mountain. For this release, players start at the top of the mountain, in the mining camp. Where they must find the elevator and head into the mines, where they then get attacked, and you get to kill things as you try and escape the mines.

Player Models are currently an early version, and are also have place holder animations. They'll be replaced in coming patches as unfortunetly the new model needs to have a redone skeleton/rig due to some issues with the last one. The monster is currently a Krall, which is a standard UT3 monster. This will also be replaced relatively soon, promise. Weapons, currently there are only 3 weapons available, the M4A1 Machine Gun, the Remington 870 Shotgun, and the Colt .45 Pistol. As you can imagine this makes for some rough randomization, as there isn't enough weapons to go around to make it incredibly unique everytime. Along with everything else, this will also be fixed by adding more weapons, so chances of getting the higher quality M4 will be a lot harder. 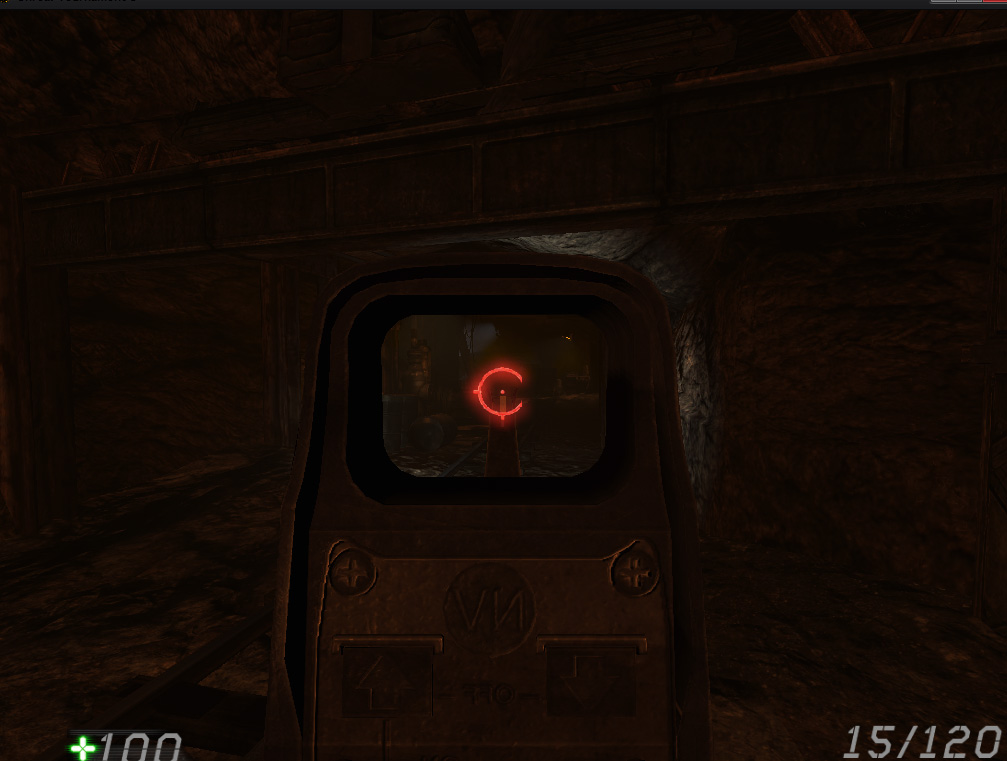 We'd also like everyone to know, that in order to get the game working chances are you'll have to redirect the Black Sierra shortcut that is provided with your download. Just redirect the target to your UT3.exe, which is in your game installation, under Binaries. We hope everyone enjoys this first release, and we look forward to all the input you're willing to provide. And in order to keep this modification as enjoyable as possible, we encourage people to post any bugs they may find, and any input in general that pops up on our forums here. 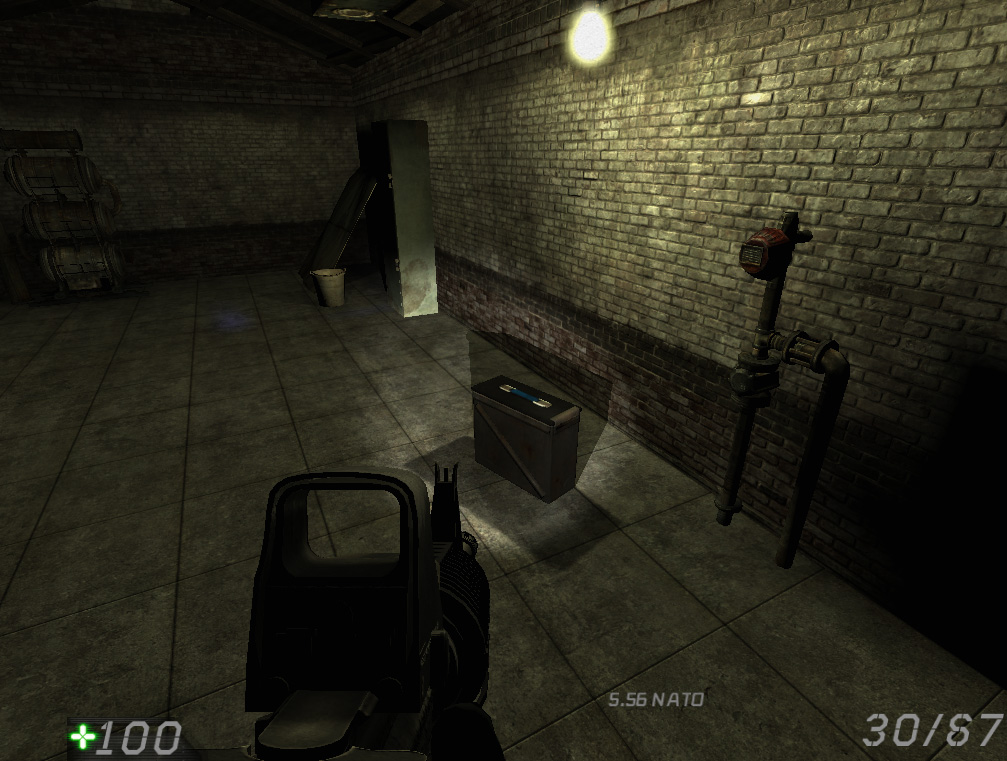 And as one last final word, Black Sierra has an official Steam group, if anyone wishes to join us they may do so here. Happy dying.

Looks pretty cool, Shame that UT3 is too large for my PC at the moment.

THIS MOD IS AWESOME but i'm having issues reloading I CANT RELOAD :-( please can someone help

Make sure you installed your mod in the correct folder. They must go into My Documents/My Games/Unreal Tournament or else tehy won't create files properly on your first load of the game causing issues such as not being able to reload.

Otherwise check out this document see if it helps

installing it now.. will let you know how I enjoyed it!

I knew I didn't buy UT3 for nothing!

Not to be confused with Black Mesa, or Black Butte.

not sure how to get it working...where does the folder go, and do i need to change the shortcut?

the keybinds didnt work for me, i couldnt reload my weapons ..

It should be fixed because we tested it, try going to the key binding and set it up yourself. If anyone else gets this please let us know.

there are no key binds available for reload .... its all UT3 default stuff only

Did Corey give you a previous build at any point? If so, might fix your issue if you completely delete the BSmod folder then install the new one. We've had a few issues in the past from not deleting the old folder.

Also, not to be a smart ***. But BS keybinds are at the very bottom of all the keybinds :P.

yeah same i cant reload even when i set the key

Sorry about that, registration was disabled and re-enabled a long time ago. The thread just was never delete, it is now.

However; if you're having issues signing up let us know.

Ok ok ok.... that's it!
The camels back has now been broken!
Its time for me to finally get UT3, I have been waiting for enough quality mods to come along before I bought it. This mod sounds great and I am really excited for the campaign mode. Scenario sounds good as well and seems similar to Killing Floor which I have a hard time pulling myself away from ;)

Great work and I'll post a bunch of feedback!

ahh i can't wait! but i guess i will have to since i dont have my game computer right now :P

Yeah that got me for a while too; the door there doesn't respond to the use key, but it falls over when you shoot it. the next door you find works though.

Yea it was but we are working on something to make it more clear in a latter build. Just thinking of some ideas before we do so.

Maybe you could make the door bent or broken.

Getting UT3 and its mods running correctly/smoothly without crashing or stuttering has always been a headache for me, but I'm going to give this a shot just because there's absolutely no media showing off the monsters. You guys know what tension is, and that's pretty damn important in horror if you ask me.

Hahah, nevermind, I see what you did there. Still not looking too shabby for an alpha, I can't wait to see where this goes.

When I rightclick that damn shortcut it just goes unresponsive. Pfff.. I guess I'll have to pass on this mod since I can't freaking start it.

The shortcut it comes pre-installed with leads to the default retail version of the game, seeing as the defaults are the best place to install games if you want the least trouble using them, especially for unreal.

IF you are using vista and click the shortcut, that is leading to the wrong location it will take about 30 sec to 1 min to respond as it fails to find it, so be patient, then when it finds it fix the shortcut target to the correct location.

Unfortunately theres nothing we can do about that unless we create our own .exe, which I have no clue how to do. :/

I can >.> well I know someone who can and I'm sure he wouldn't mind helping out and making ones for a later release.

If it freezes everytime you try and right click it, try making your own shortcut. Right-Click Empty Space on Desktop > New > Shortcut. A new window will pop up asking you for the target, browse for your UT3.exe then type in -mod=..\BSMod at the VERY end of it.

So in the end your target should come out to say

That's my shortcut, as it runs into my steam and I have all my games installed on a D: drive. And there you go, brand new shortcut to the game.

Yes this is a common issue with Windows XP/Vista because what they do is try and go to where that file is but it can't find it and ends up "freezing" it really doesn't just takes a long time for it to respond so either you can do what Micah says or just wait (usually 1 min) for it to go "OH IT'S NOT THERE" and allows the right click menu to appear. This issue has been fixed with Windows 7.

Couldn't figure out how to activate the fans, I did run out on ammo several times, at some point I gave it up since it takes ages to get to the fans again...

When you come into the vent room, straight to your right there is some stairs, as soon as you get to the top and turn around you should see a panel with a bunch of gears/wheels and jazz, that's the fans. You should even see "FANS" written somewhere.

After you activate the power, just go back there and use the panel. Sometimes it takes a few clicks or a little bit of a wait before you can click the panel though, it's a little odd sometimes.

You may have to load the game up, then go into the settings menu while in-game and bind your reload key. Make sure that you actually apply the settings in all the menus, sometimes you can set it, hit okay, then hit ESC without applying and it won't set the bind.

Yeah, that ACOG looks exactly like the one in the Blacksite: Area 51 game.

Is that a good thing?

Can i play mutiplayer with the alpha?

Yes you can, however currently there is no official server setup so finding a server to play with others is a bit of a hit and miss. But if you can find some one to play with (it's what friends are for!) you can easily play it multiplayer.

If you wish to play spitscreen, there is a bit of work that has to be done as it hasn't been setup properly yet to make it easy to use splitscreen.