If you've been watching the images posted here you've been expecting this for a while, but - we've just released the first free content update for Black Closet. The most visible change is that we've added an entire second artstyle, so there's now twice as many CGs to collect. You can play in either style you prefer and switch at any time on the options screen. 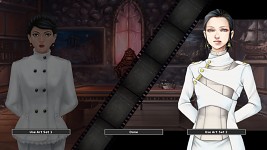 Another feature which was requested was the ability to save-and-quit at any point. Permanent saves are restricted to specific points for game balance reasons (savescumming dice-rolls would be no fun for anyone), but that can be a pain if you suddenly need to quit partway through a long week of staking out boiler rooms and taking girls to the movies. So now, if you try to quit the game, you are asked if you want to quit without saving or suspend your session. Suspending makes a temporary save which will be automatically loaded (and deleted) the next time you launch the game, so you can carry on from where you left off.

There have also been a number of small balance tweaks and bugfixes behind the scenes. Things like being able to lean on a girl who's been buying drugs in order to make her rat out her dealer, or the ability to persuade a girl to stop trying to throw room parties instead of having no choice but to terrorise her out of it... You know, standard schoolgirl interactions. 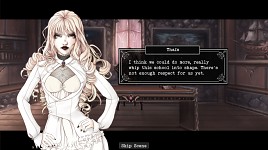 As mentioned, this is a free content update. To download free patches, you need the license key which comes in your original download email. Then go to the Options screen, select Updates on the left-hand side, and Check For Updates. From here you can download new patches as they are released.

We have more free updates planned for the future! Now that the new art is available, the next project on my list is to get to work on custom character mode, where you can design your own minions. Expect more news about that later on.

The new-version demos are available on the Black Closet webpage, so if you don't already own the game, check it out now! 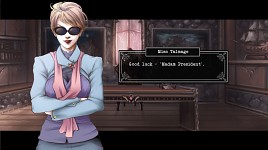