A lot of stuff happened between the last open alpha release and now. I focused on getting a lot of features of the game done (multiplayer in particular) and redesigned a few things in the game to make it visually more apealing.

The first thing you may notice is the menu. The old menu (seen in the current open alpha version) looks like this: 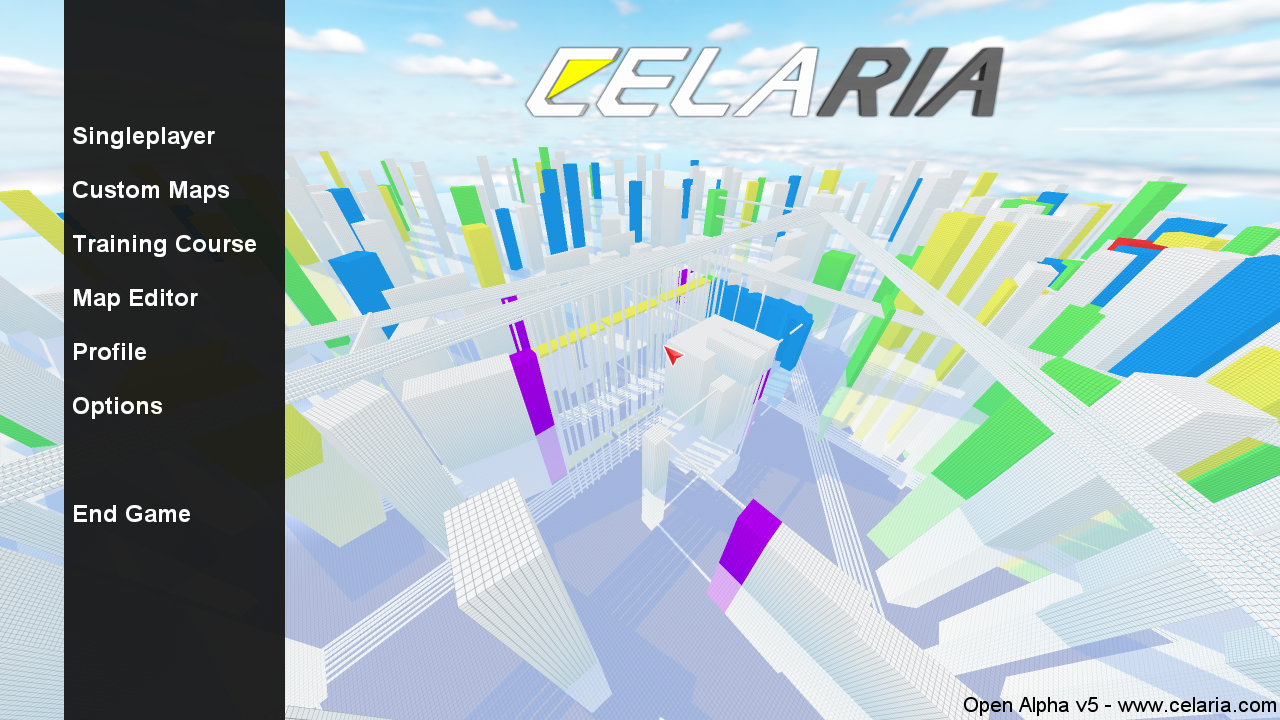 The idea was to use the background as a level selection menu. So if you open up the map selection and select a map, it will swap the map (which is rendered in the background) out and load the selected map. While i liked the concept, i wanted to find a way to incorporate the player character model into the menu. Not only to increase the variety in the menu screen but also to establish the character right from the start of the game.

So this is what i come up with: 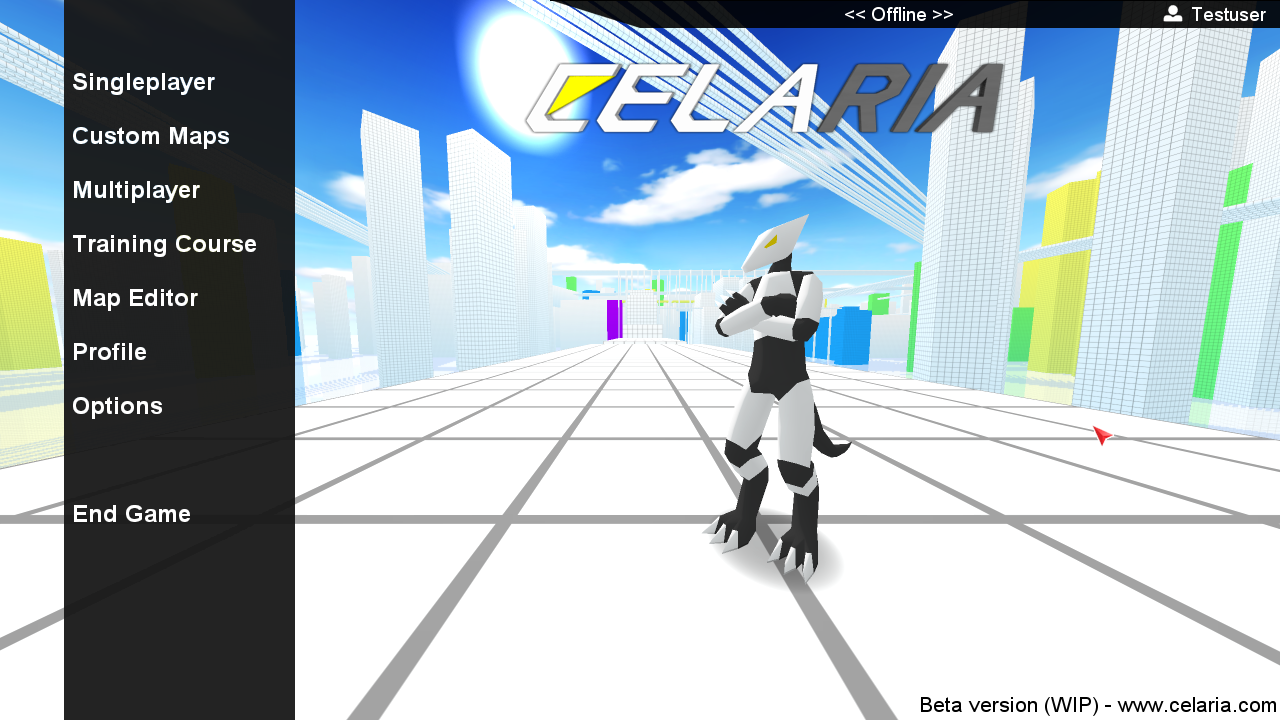 Once the player goes in the map selection menu, the camera quikly shifts to the same view seen in the open alpha version. This way the background becomes even more unique and more interactive. :)

Same goes for the skin-editor of the character model. 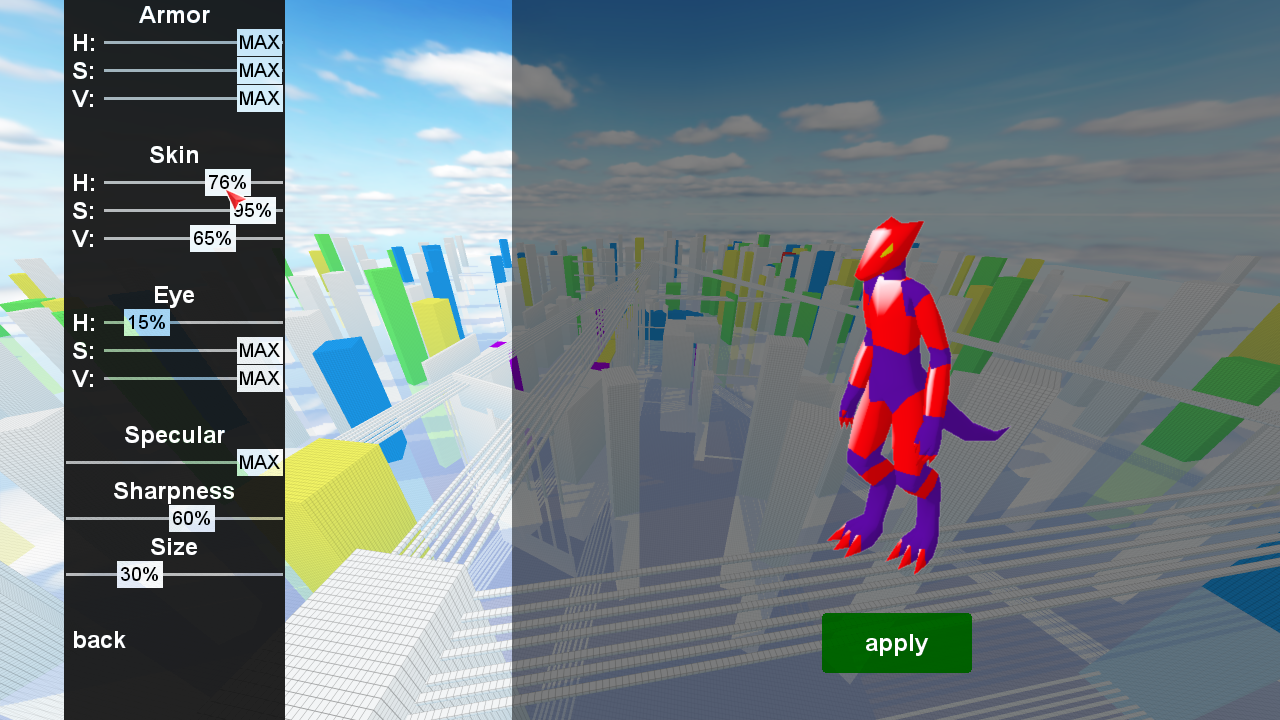 Tbh. this menu was a "quick and dirty" solution. The character originally wasn't displayed in the menu so i had to come up with a solution. I used a half-transparent black background in order to make the model stand out more from the background geometry and slapped the mesh of the caracter model on top of it. The buttons on the left were also all white and not really intuitive as you couln't tell where each color was. 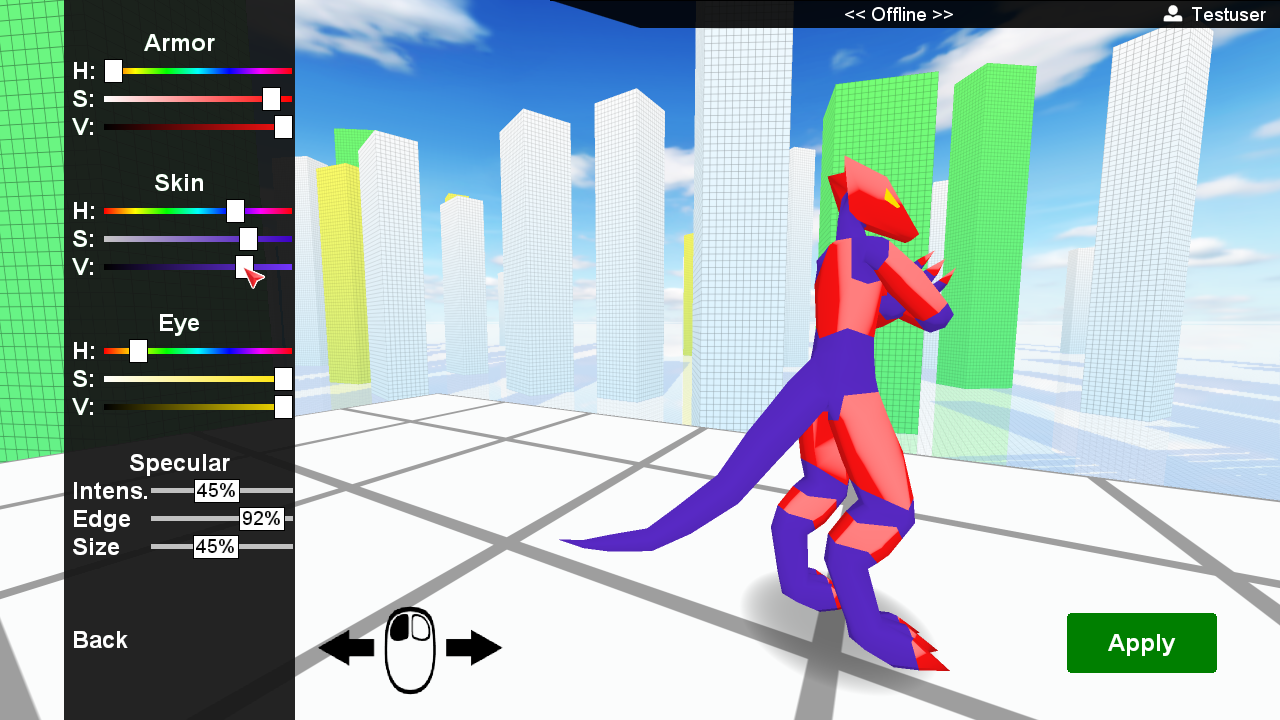 The gui on the left was redesigned. Also as the character is displayed in the menu you can edit the colors and see the result in realtime. Rotating the camera around is also possible which allows you to look at the skin from different angles and lighting conditions. It's all around a much better system.

Multiplayer is also pretty much finished. 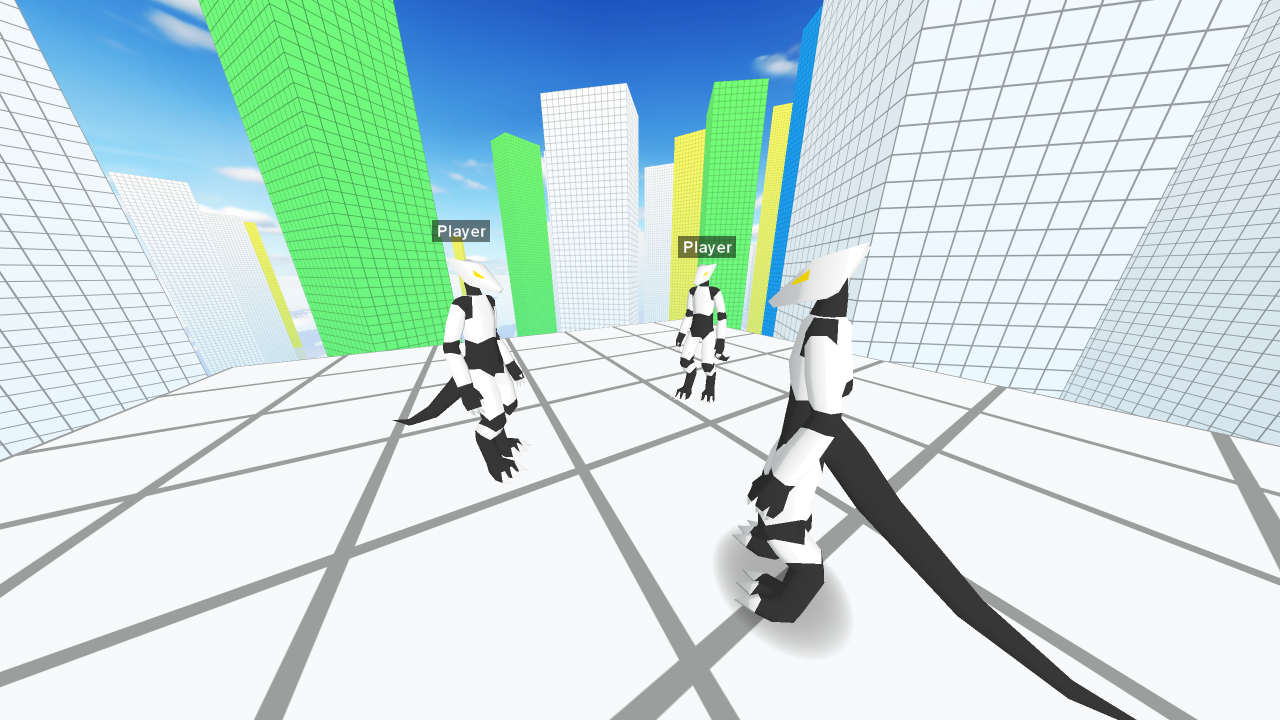 I plan on releasing the server source code to the public once the game is released. The main reason for that is to allow players to mod the server. 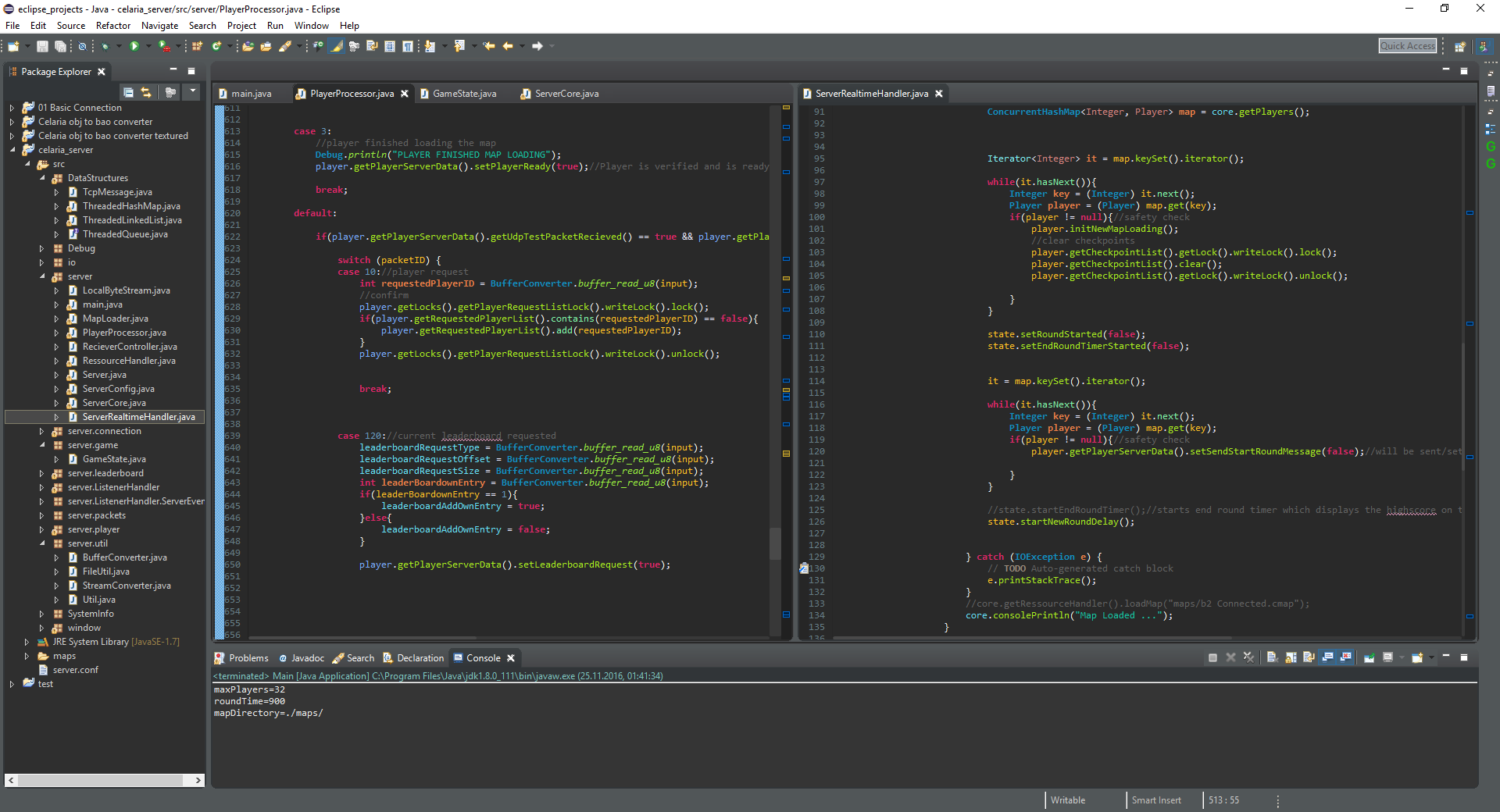 There is of course even more stuff. New maps, smaller tweaks, etc...

I made a youtube video which shows all the updates in motion. So look it up if you're interested. :)

Also note that the game does include a map editor (even in the currently available open alpha!) So you can create your own custom maps and share it with others. :) 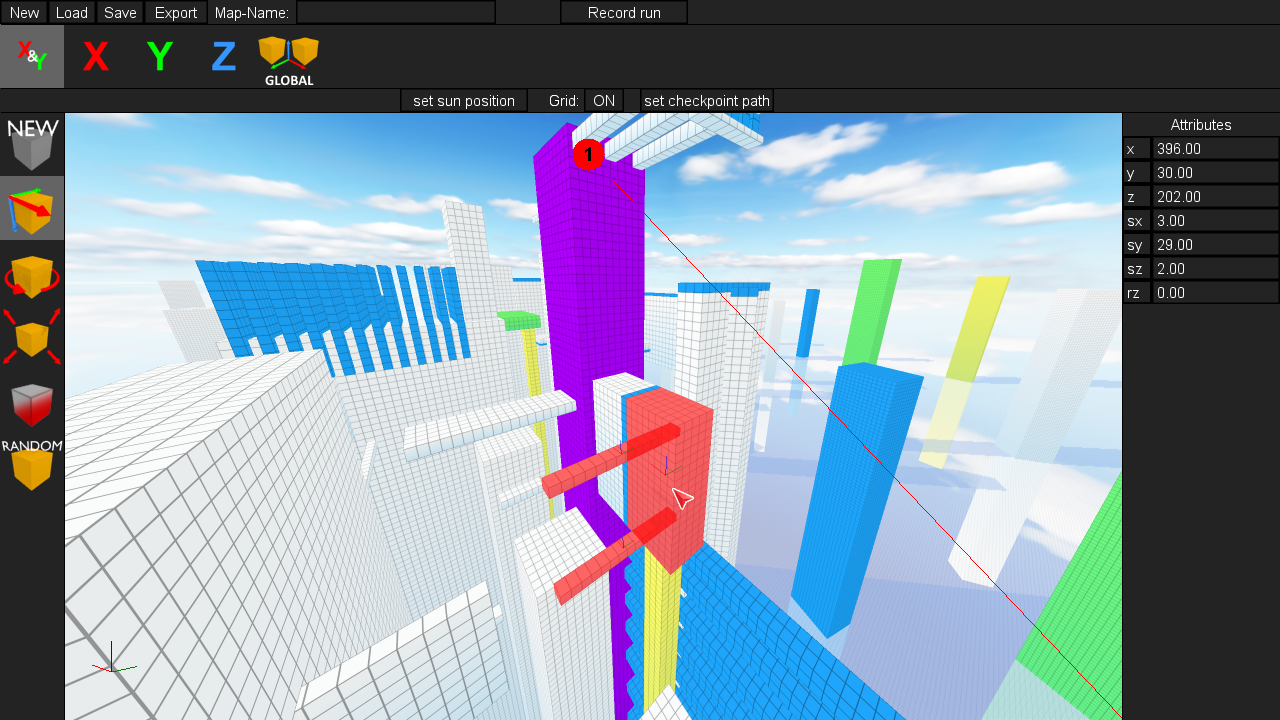 There are already a few custom maps available for download. For that purpose i created a forum on which people can share their creations and discuss them with each other. (Note, the forum is still WIP.)

I also created a video which shows all maps which were released by the community. (Those are not maps made by me (the developer) but maps made by other players. :) )

Hope you check those maps and and maybe try the map editor out for yourself. (i made a guide for the built-in map-editor in order to have some form of documentation/tutorial as to how to use it)

And finally, if you are interested in the game, try the open alpha version for yourself:

Now going back to work on the game. Planning to do a open multiplayer beta, so stay tuned for that. :)

Liking what I see so far.

Gameplay already looks really solid for an Alpha version :)
Will follow the development of this project.

Keep up the good work !