We're serious this time. Dicta's going to be ready to play within about a month. But there's more.

Hernan and I have been hard at it the past few days (we've also been developing Dicta Boelcke) getting everything up to scratch for the beta.

A lot has changed since our last screens and videos. Everything is looking sharper and clearer, now that i've gone over a bunch of the textures with a fine comb, for one. Also, say goodbye to flickering ailerons and rudders. They now move smooth as a baby's bottom. And would you believe it, this new animation system actually makes building your own custom plane in 3ds max easier than before. 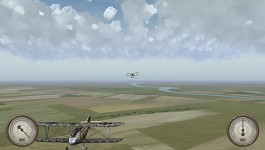 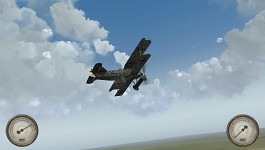 Speaking of animation, broken pieces of plane no longer vanish into thin air - you're going to be able to watch every moment as your enemys' wings peel slowly off and flutter to the ground below.

The map rendering system has been completely rewritten. The world of dicta looks better than it ever has, and you can expect eye candy regarding that in the next week or two. That is, once I finalise my mapping tools and get a map exported ;)

Multiplayer scoring works! It's just deathmatch of course, but the game will give you recognition when you cause an enemy to crash, and will compare you to the other players in the server. On the schedule regarding this is a large-scale internal betatest, the results of which we will certainly post about.

The final things to be wrapped up on the code-side are the frontend GUI (which we havent touched for about 8 months) and a tiny bit of restructuring to our filing system. Programmers out there will know this is all pretty easy stuff. 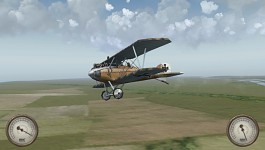 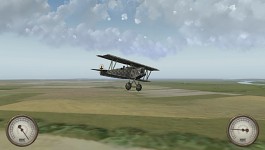 My final tasks are, as I mentioned, getting a map polished and ready to go, clean up and redesign components of the GUI, and a couple of other small tasks which, if I told you about, I'd have to kill you.

And speaking of which, because we've taken so long, and because you've waited so patiently, the beta will be released with a couple of yet-unseen surprises which you're going to love. Peep them in the new screens and video!

It's been a long, rickety, treacherous, rage-filled road of cigars and sodomy, but we can finally truly say that we're almost there.

Yes! I'm so going to mod this bitches!
Does it support flying boats?

not yet, so far, just biplane scouts. We hope to include seaplanes though

Hahaha, that first bit got me xD Everything is coming along quite well man.

looks awesome, and I'd love to know whether it will support AMD64 linux libraries.
certainly on my buy list.

buy? dicta's free and always will be (unless we ever make a phone port - we'll charge for that)

Hm this was in 2010 2 years ago you guys stil working on it or is it done and some were out there.