It's been a silent but very busy past few months here on For Hire. We've pretty much filled out the map roster for the first release with the last addition to the list, The Training Map. The map was constructed by the massively talented Saxon and is set in Afghanistran during their freezing cold winter. The map is part Firing Range, Part Killhouse, part game mechanics familiarisation, ideally to give everyone a go over the ropes before you face the real virtual lead. As you can see, plenty of things to put your sights over ,and should be a good litmus test as to how well you're going to fare during the rest of the campaign. 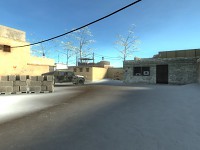 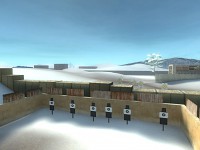 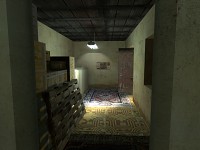 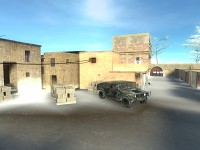 As you may have guessed from the lead-in image, we can now confirm the initial weapon set for the first release. As you can see, there's already a nice variety of weapons to cover a variety of tactics and styles here. You'll be sure to see more of them inthe coming months.

Last, but by no means least, EnterpriseG from Occupation Source has offered his able hands and knowledge to the team and is helping out with admittedly daunting task of programming for the project. Be sure to check out his own project, it's pretty damn neat.

Thats it for the moment, folks. Be sure to check back, we've got a bunch of media coming over the next few months, and if all goes well some proper ingame shots could apperate in amongst that.