ARENA an Age of Barbarians story is Now Available on Steam! Action, action and Action!

ARENA an Age of Barbarians story is Now Available on Steam!
Action, action and Action!

In a kingdom conquered by an evil sorcerer, a beautiful girl known for her prophesies as the Oracle predicts the coming of a savior, a Barbarian who will come from far away and break the chains of slavery.

◾ Six game characters: What are their destinies? It depends on you, as each character has unique abilities and special moves.

◾ Multiple endings: the endings depend not only on the chosen character, but also on the series of actions taken during the game.

◾ Gore, Blood and Guts: Massacre your enemies, chop them in pieces.

◾ Non-stop action: No breaks, you must always be on guard.

◾ Completely Skill Based: No RPG elements, everything is based on your reflexes and your abilities as a player.

◾ Versus Mode: Challenge anybody - your friend, your girlfriend, your relative - and find out who is the strongest. 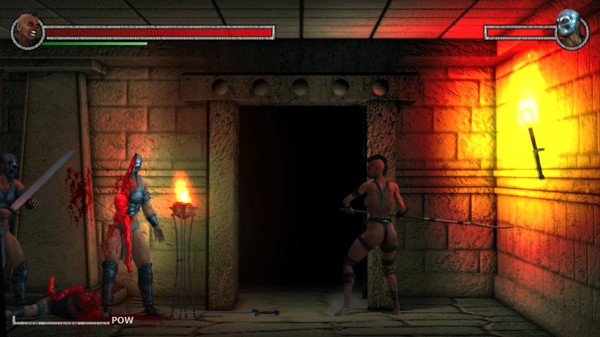 If you aren't afraid of a challenge then this game is for you!
"Warning it can cause addiction"
Store.steampowered.com