I was sleeping. In my dream, I saw a trailer for my first game. I woke up and started working on it. It took me 3 months.

Archaica: The Path of Light - Trailer

This is the second trailer of the game. It was created especially for Greenlight campaign. Working on this movie took me 3 months.

The world faces destruction when The Fiery Sign appears in the sky.
The Light Bearer sets off for The Path of Light,
to bring salvation to his people.

Archaica: The Path of Light

is an atmospheric puzzler with lasers and mirrors, that introduces a mystical and ancient world, full of challenging puzzles.

In this game we become the chosen one who is sent on a quest to walk the legendary Path of Light and save the world from impending disaster. We revive mysterious artifacts, explore secrets of an alien civilization, and discover the true destiny of The Path along the way through extraordinary realms.

The main objective of the game is to maneuver all available devices in a way allowing for a beam of light to illuminate every visible crystal at the same time.

Now, how to create the trailer for game like this?

I was sleeping. In my dream, I saw a trailer for my first game.
I woke up and started working on it...
...It took me 3 months.

The idea for the movie was to show the game as an adventure.

But one of the biggest problems was how to bring the attention without any characters in the game. I decided to show beautiful views with interesting camera shots.

This is the first official screen from the trailer. The frame was taken from the lower position, completely opposite to the standard view in the game. 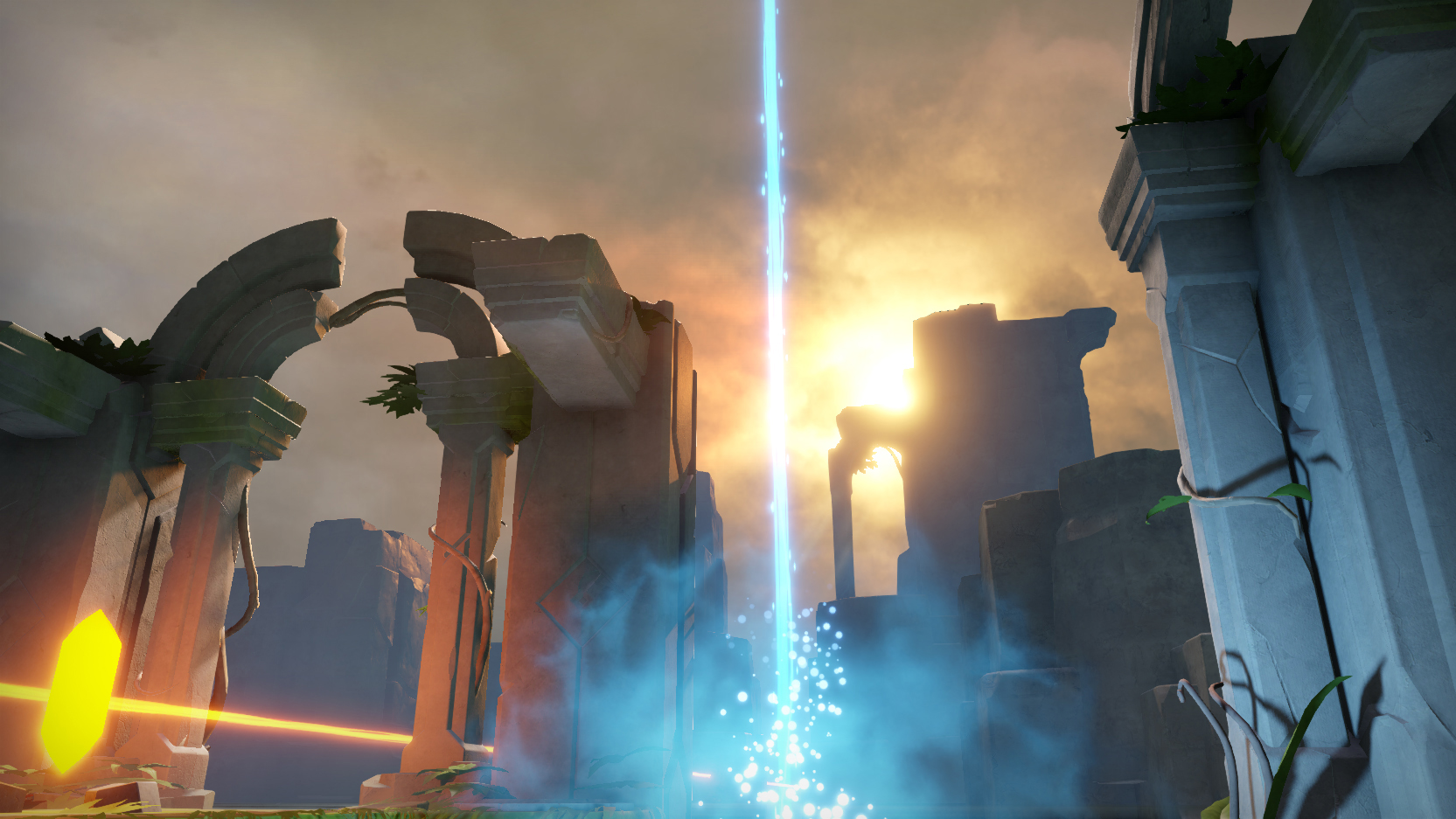 In my dream, things were happening one after another, but during the work, they weren't that easy and clear.

I needed to look at the game and selected right frames for the video. 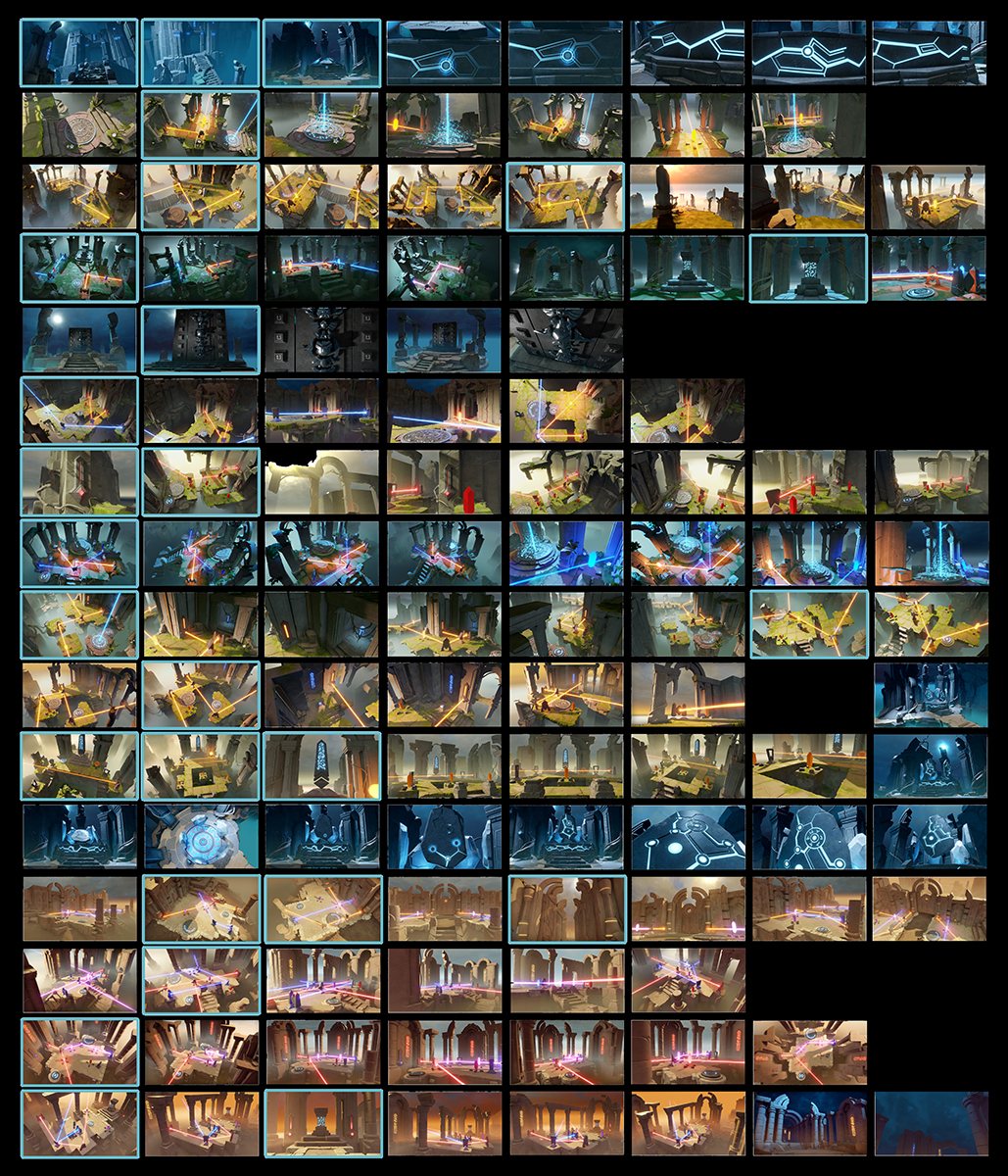 It cost me a lot of work to create screens from interesting places in the whole game. And after that, I spent many days on selecting the best screens for the movie.

The next step was to combine those screens into one clear narrative. 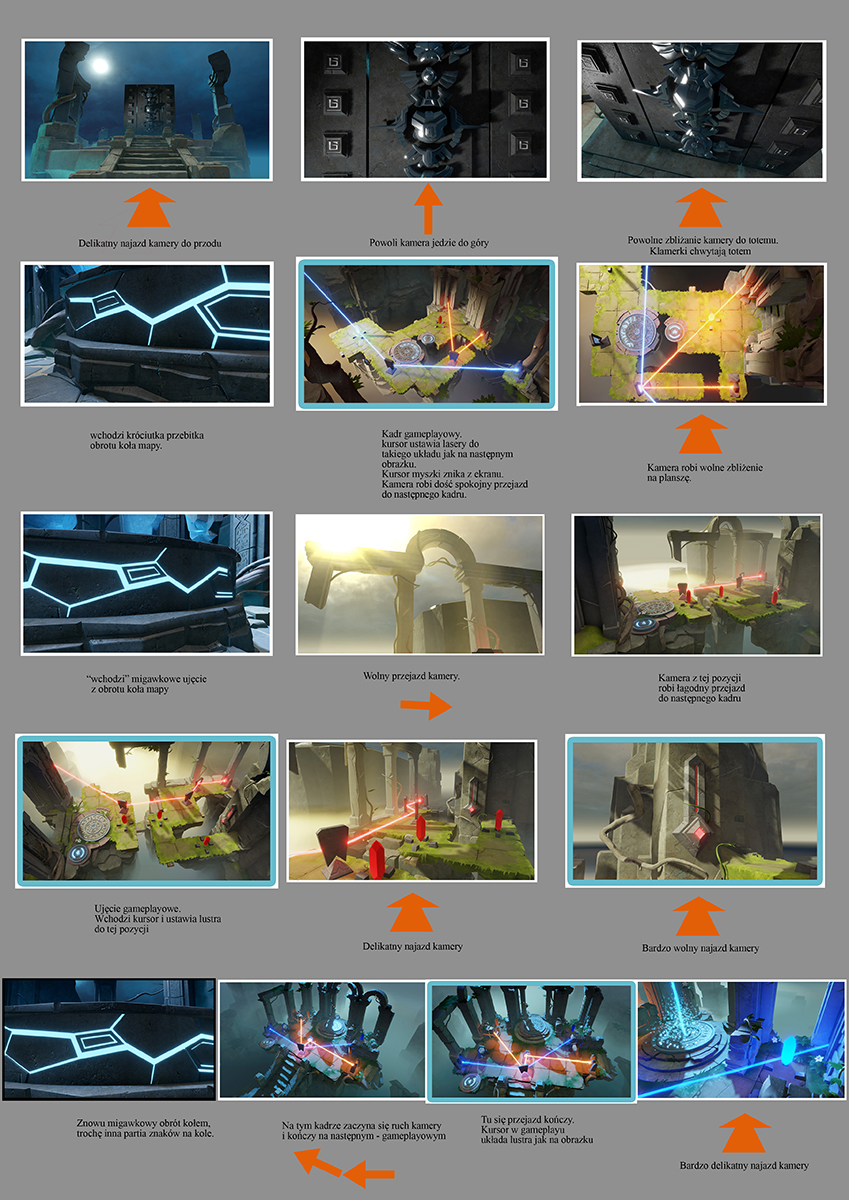 All the time I was working on the low-resolution frames. It speeds up my work. And I created dozens of versions of the mockup. But with each one iteration, the mockup was closer to the version from the dream. 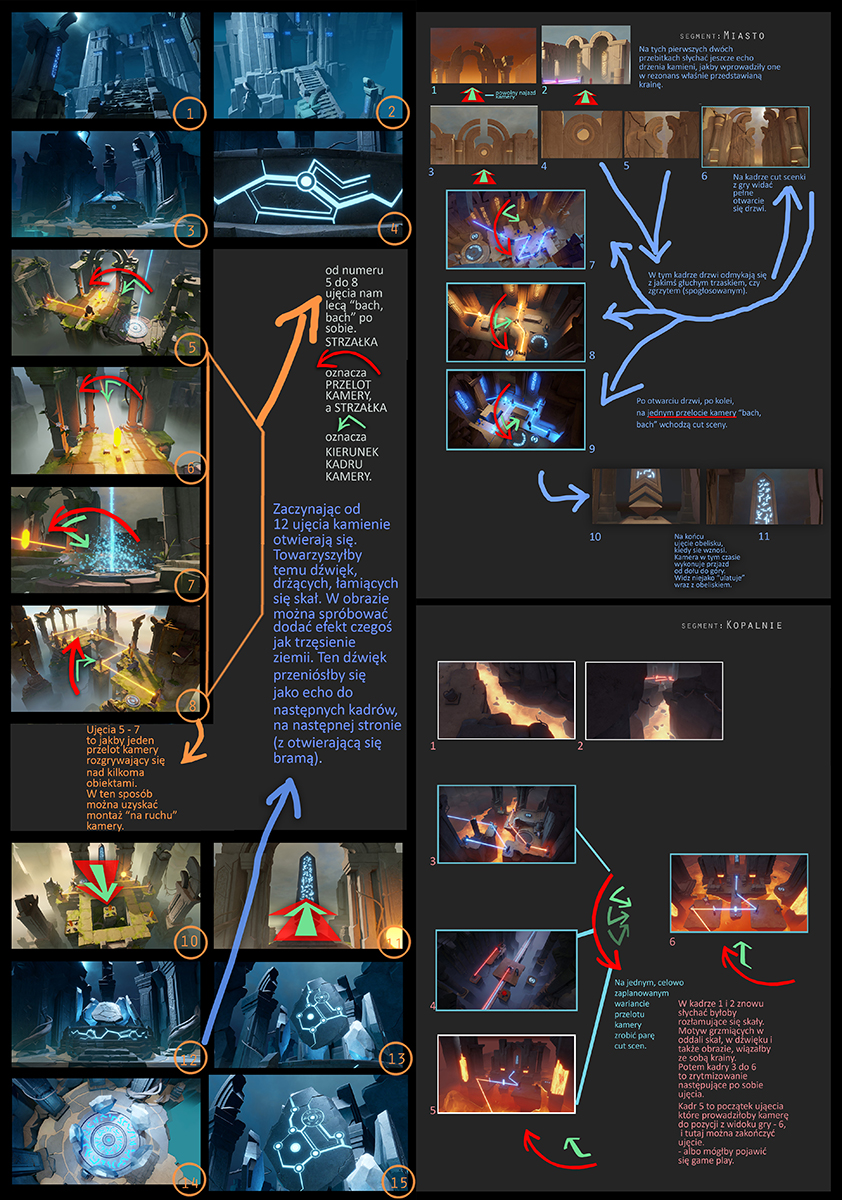 But why work on the trailer took such a long time? The mockup was finished after few weeks...

Especially for one reason. I need to finish all graphics Stuff!

This is the example. In the left column, I set up all selected frames for the trailer. But many of them were unfinished like Totem. Meanwhile I was working on the trailer I must creating 3D models located in the scenes and sometimes the whole maps. 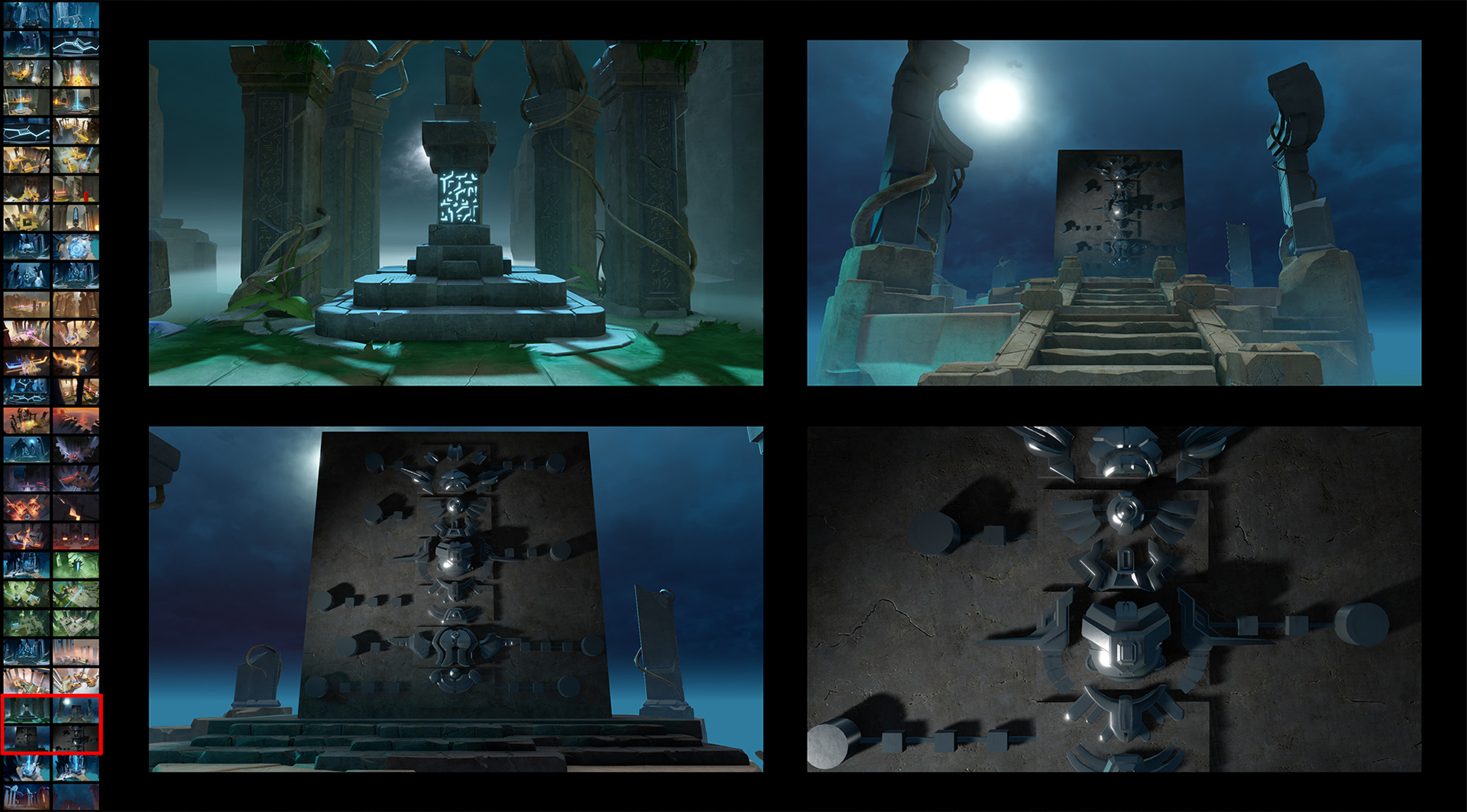 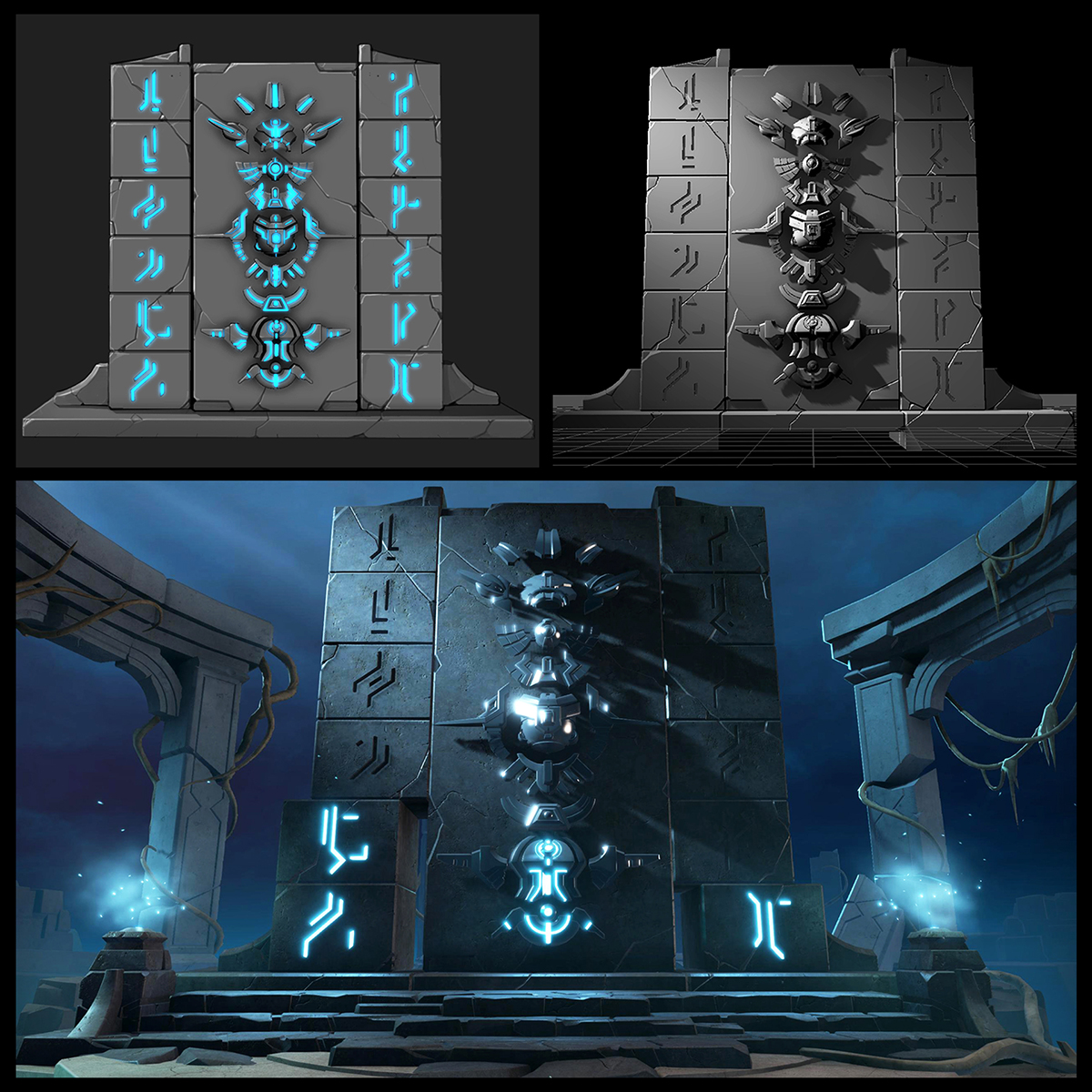 When all graphic stuff was done I was able to create the final version.

This is the screen from my video workshop. 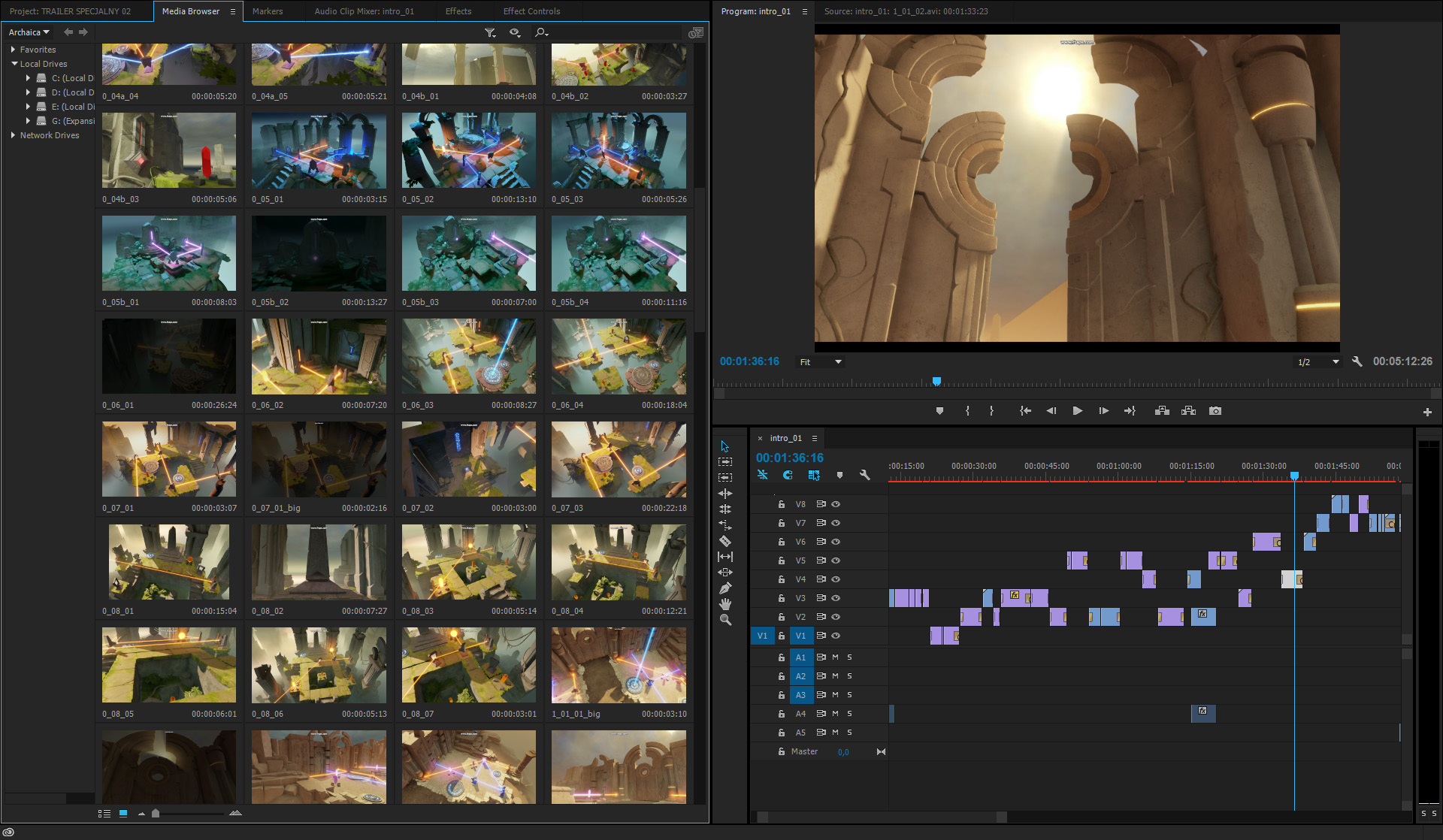 And This is the screen from the audio workshop. Music and audio were made by my friend. 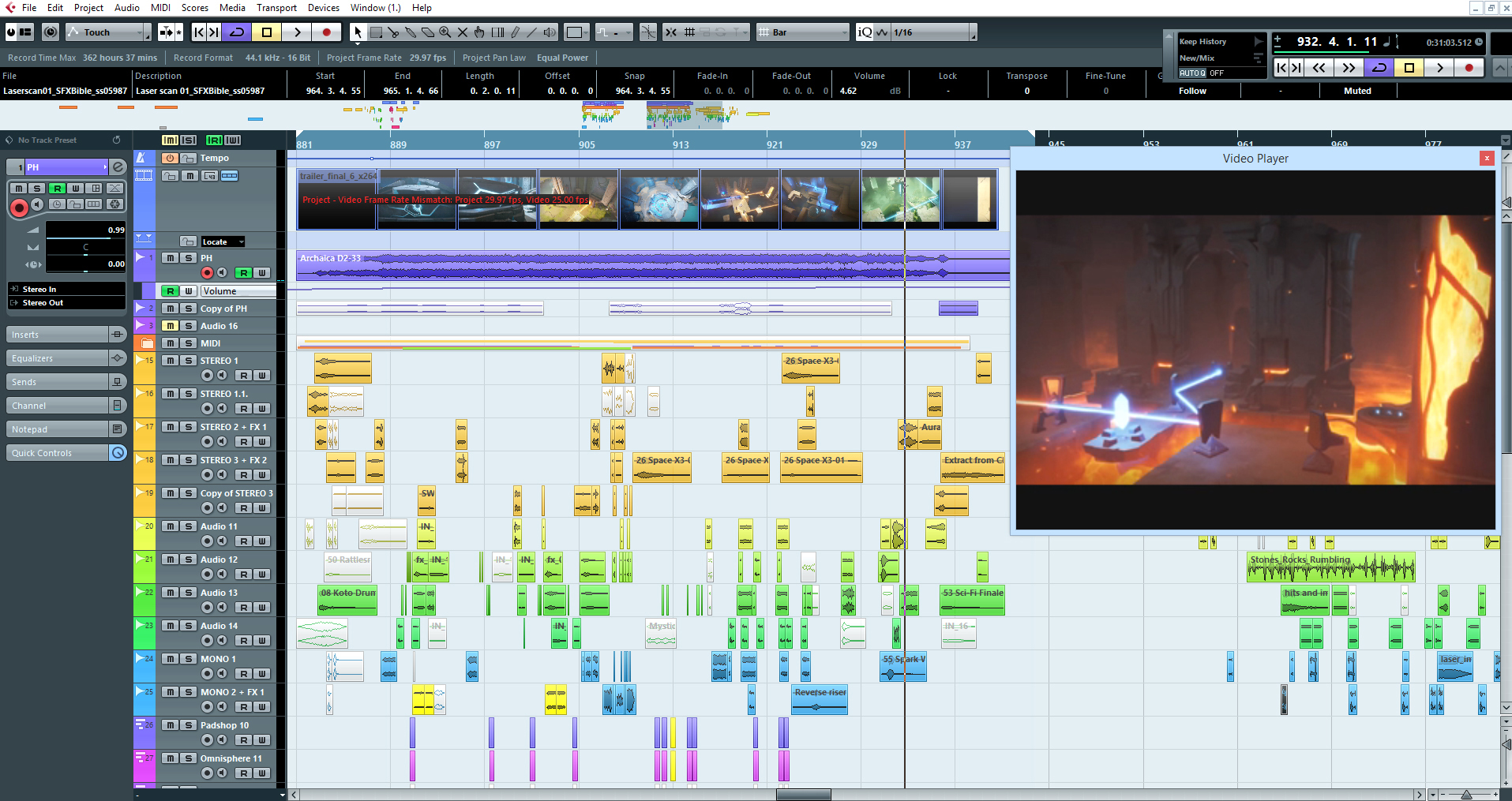 I must say that I've learned a lot during this work because next trailer I created in only 3 days!

The time has come to abandon the light of a day.
The path ahead leads through the Fiery Mountain and a sea of fire.

The game will be released on Steam on the 8th September. So if you are interested feel free to visit our Steam Page: Store.steampowered.com

I hope the article was helpful.

Friends who helped me create the trailer: