Arcane World is now available on Indiegogo ! Come take a look at the perks here, or go directly to the Arcane Worlds Indiegogo page.

Announce : Arcane Worlds v0.25 is now released on Steam and Desura, and the demo is coming here but you can download it on the Ranmataru website

Yes, you read that correctly : Arcane Worlds is now on Indiegogo !
And you can now be the critical part of a game design process : a funder !

Unfortunately, the Early Access sales are quite low now, and not enough to fund the development up to the release. I can get a part-time job to pay the bills, but that'll seriously slow down the development, and I'll have to cut a lot from the game too.

Getting funding from a publisher or an investor is an option too, but crowd-funding is better since it's less limiting creatively, so I'd like to try IndieGoGo first.

I won't abandon Arcane Worlds, even if the IndieGoGo campaign won't reach its goal. I really want to create a Magic Carpet remake and expand on it, and I owe it to the people who already trusted me by purchasing the game on Early Access. So here I am, asking for your help to let me finish the game, and hopefully, make it great. 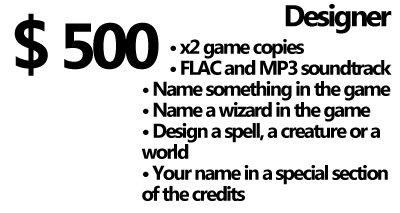 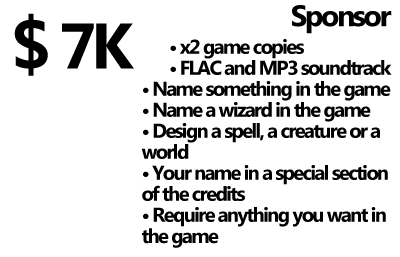 NOTE : Every perks, except for "Singleplayer", include a name tag in the credits of the game.
NOTE 2 : Every perks, except for "Singleplayer" and "Multiplayer", include the possibility to name something in the world of the game (like a town, a creature, ect... Wizards are special characters and you need to choose the perk "Wizard" at least to name a wizard).
NOTE 3 : Game keys are delivered on Steam and Desura.

60% goes to development, 25% goes to taxes, 15% goes to everything else (music, payment processing, ect)


Huge thank you to everyone that followed, follow and will follow the game development. You can show your interest to the game by picking a perk and help us developing the game, or by sharing it on social media :)

Wish you the best of luck.