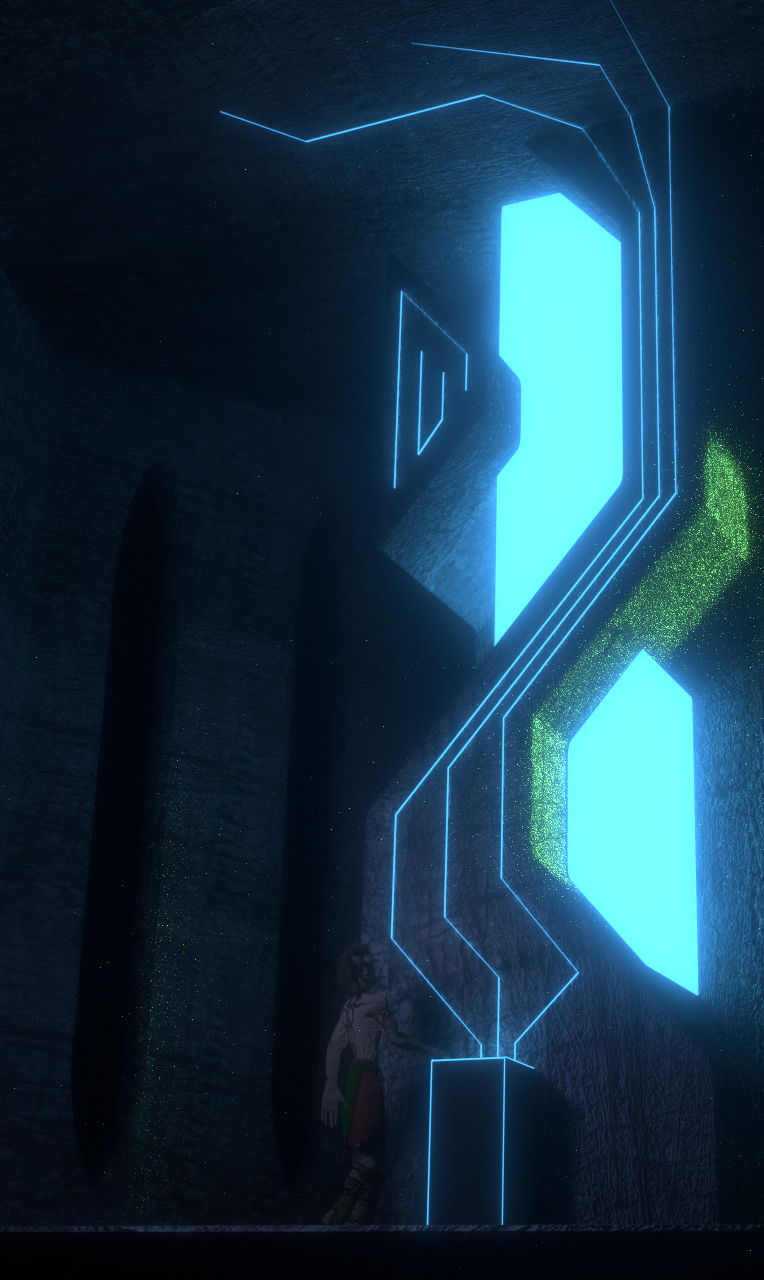 Once upon the time, which means in 4020, world was ruled by Primevals. The Primeval people subordinated all animals and plants, then forced them to slave their civilization (they didn’t master weather, but were close to). The Primeval civilization wasn’t bad. Many of them were involved in development of science and art, weaker ones experienced good care. Unfortunately, Primevals were having bad ideas also, which led to wars, divisions, destruction of their own type, not to mention the other ones.

In 4020, after many deep, devastating conflicts, the mightiest and the brightest people of the Primeval world gathered in common discussion. Peace talks were long. Finally, many new rules were established, which all Primevals should have obtained. The crucial ones were: UTILITY, LOGIC, ORDER.

Surprisingly, new rules spread quickly and were well obtained. The Primeval civilization was having a good time. According to the rule of order, every Primeval know his obligations, laws and a place in the society. Even the weaker ones felt useful, because appropriate work or activities were individually found to them. The rules of logic were obtained by law creators. No wonder, scientists became a complete authority quickly, especially mathematics.

Unfortunately, the rules were misunderstood after some time. Goods became restricted to weaker Primevals, because they were claimed as useless. Changing workplace or long travels were forbidden, according to over - interpretation the rule of order. Scientists, that have ruled the world, forgot quickly about rules of logic; after some time every single one of them has his own logic. Chaos, wars and poverty came back.

Of course, a lot of Primevals wanted to turn back from this terror. Unfortunately, the ones, who ruled the world (called Formers lately), were too strong. So the rebels decided to run away by starships – to find a shelter in cosmos. But they didn’t want to leave the Earth forever. The group of scientist, that had resisted from the madness of over – interpretation the new laws, built The Path. It was a kind of labyrinth with many puzzles and enterprises. Every person, who pass the whole Path, would learn the true logic. Additionally, there was hidden clues and machines, that could help to defeat the Formers. So, the rebels – Primevals left Earth with hope, that one day they could come back. 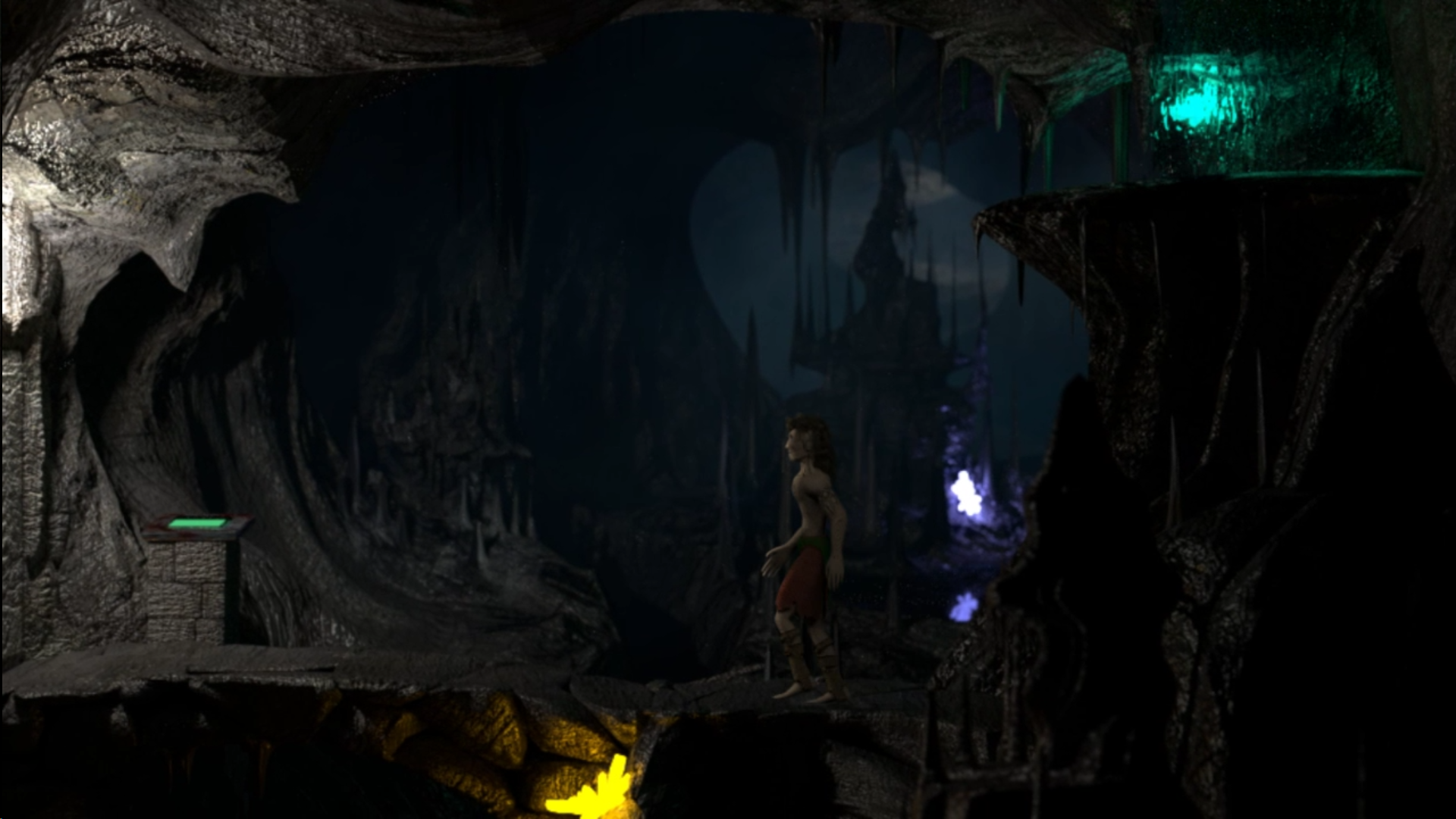 People, who stayed (all called Formers by historians) didn’t find the Path, or… they just didn’t want to follow it – we don’t know. Their civilization sink deeply into chaos and turned into ruins. Cities, factories, and other civilization achievements were left abandoned. Only some of them were maintained by robots, which had been created by Formers in the time of their absolute power. Robots were following their aim - to establish and protect rules of order, logic and utility by everyone and everything.

But the nature reigned in the vast areas of Earth. Only deeply in forests and mountains the last Formers, the ones, that survived the fall of their own nation, covered up from robots. Why? Because these machines were still trying to catch people and make them “safe” – which means –close in a secure, solitary cell in robot’s city (but robots programme forbid them to kill or harm people, until they didn’t destroy them). The last Formers were also endangered by wild, genetically modificated animals.

So, little packs of people were living simple life, without any conveniences. Year after year passed, science and technique were almost forgotten… but once upon the time… someone in great need found something incomprehensible… 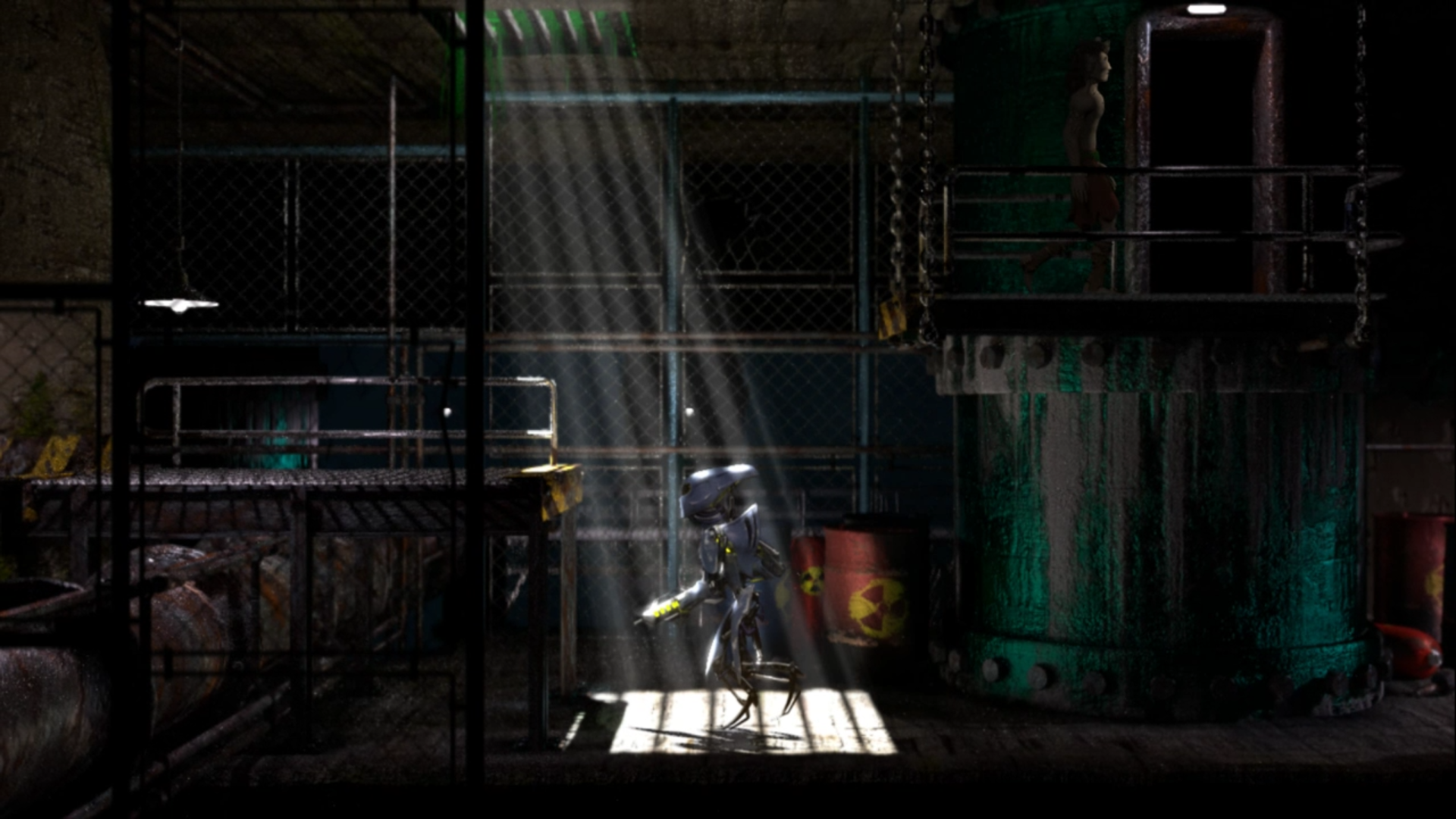 The main hero is one of the hidden Formers. When he is saving a member of his family, he finds a hidden Path (more inf. above). Following it requires logic thinking and solving up puzzles. Our hero will also find the machine, that let to hack U.L.O. system (the one, that govern robot’s moves): to take control of robots and cameras, to brake into system’s panels and to find new commands to various robots in it (e.g. robot.walk (3) – robot is instructed to walk 3 steps). There are additional, special commands in hidden locations. The main hero will also have to solve a mathematical or logic puzzle to hack the system.

Gamer will learn how to use command and functions step by step. A little parts of new knowledge and abilities can be find on the Path. There will be also a training robot (not connected with U.L.O. system). All passed tutorials will be available in any moment of the game. 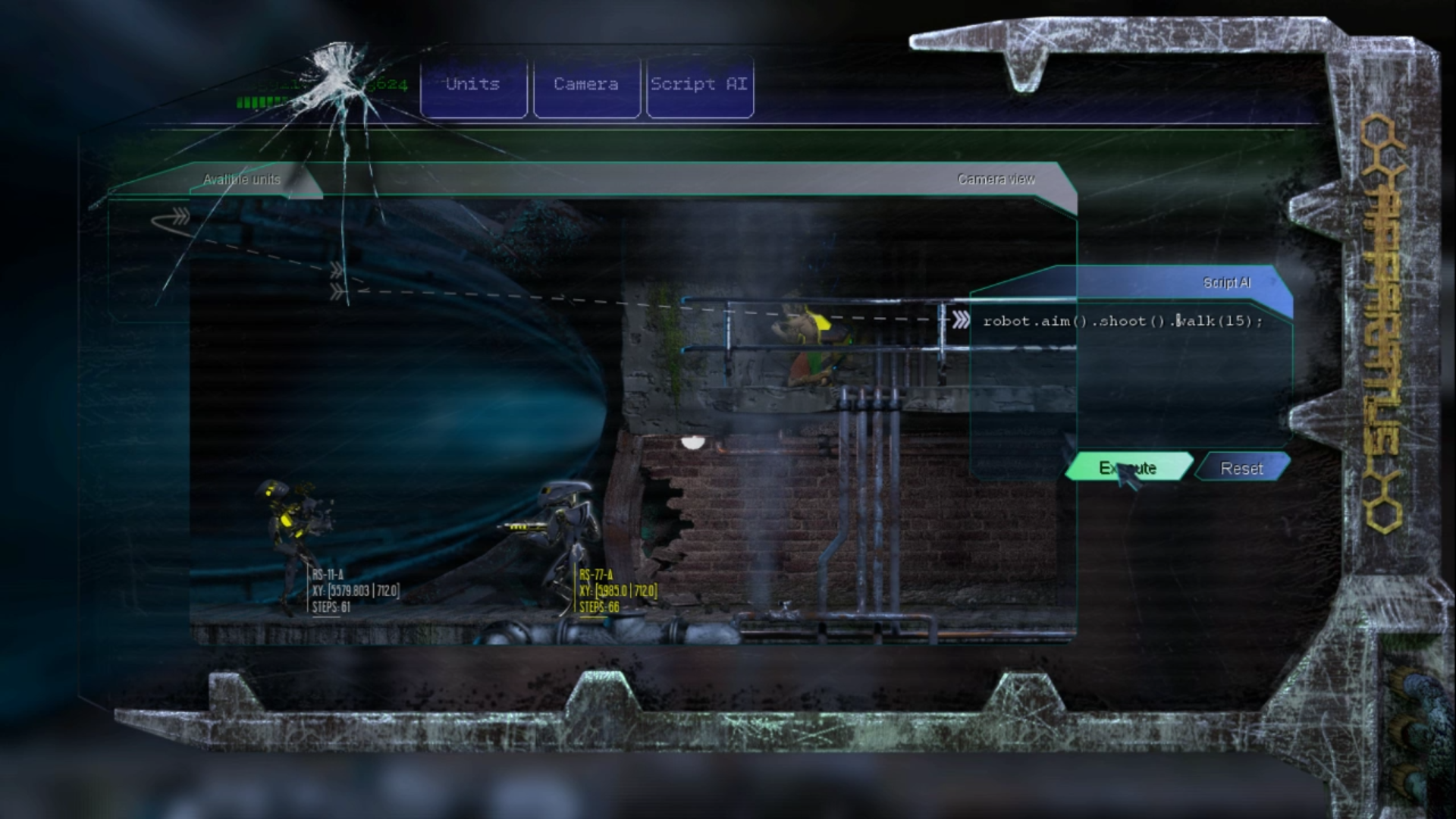 The hero will encounter wild animals and other people. This accidental meetings and all the gameplay will be led among beautiful landscapes. There will be many occasions to climb, run away, risky jumps or exploration places like wild nature, abandoned ruins of Former’s cities, robot’s cities and factories – new and old ones. 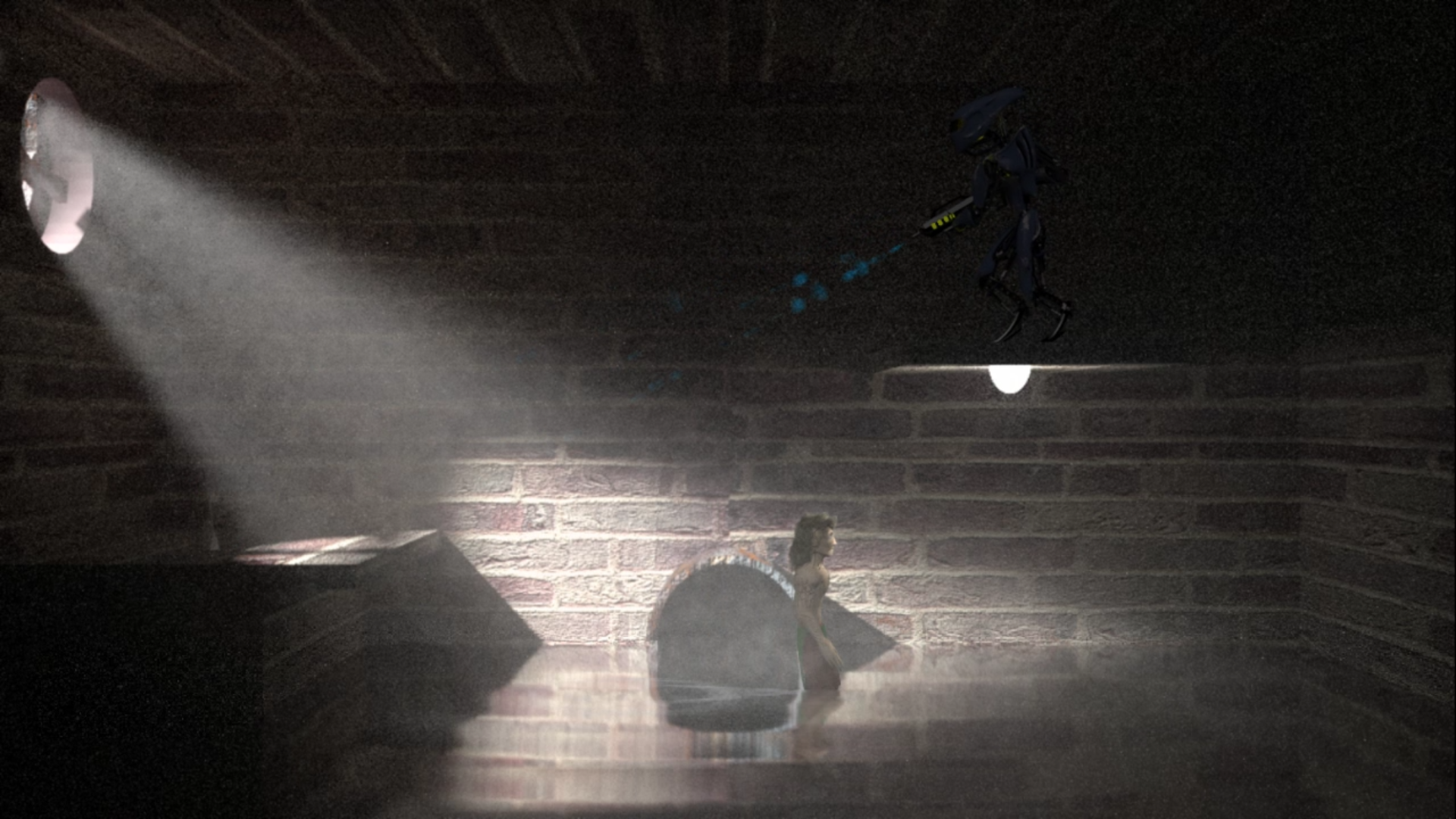 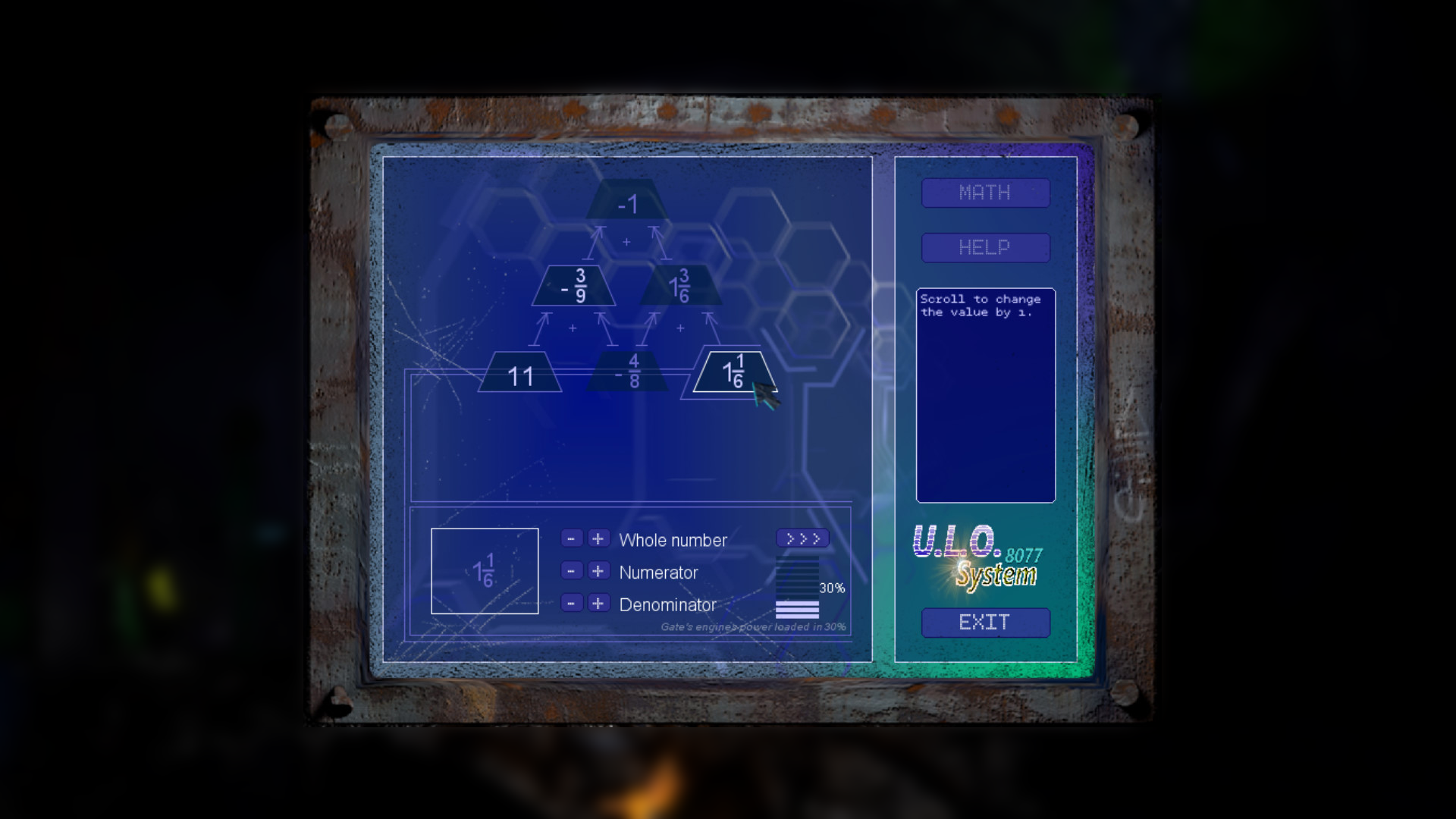