Zye has awoken in the internet, and the only way to get out is to fight past its worst elements and harness its strongest force... hate.

The great wars have been fought, and the world has been explored and tamed. So, what is the great trial of our generation? What is our source of conflict? What is the frontier that we must explore? I posit that it’s learning to be nice to each other on the internet.

You play as Zye, a man who has awoken in the internet and has no idea how he got there. Shortly after dispatching a YouTube comment (the game’s first enemy), he learns that the only way he’s going to escape the internet and return to the real world is to amass enough energy to create a portal. However, the only energy source prevalent enough on the internet to fuel this escape is… hate.

On his quest, Zye will travel to the worlds of social media, online gaming, and corporate influence to combat their most hated elements and siphon their power. In these worlds he will meet characters such as The Hive Mind, Gamergate, The Twitch Chat, trolls, flamers, hackers, bloatware, malware, spambots, user data, censorship, fake news and many more. 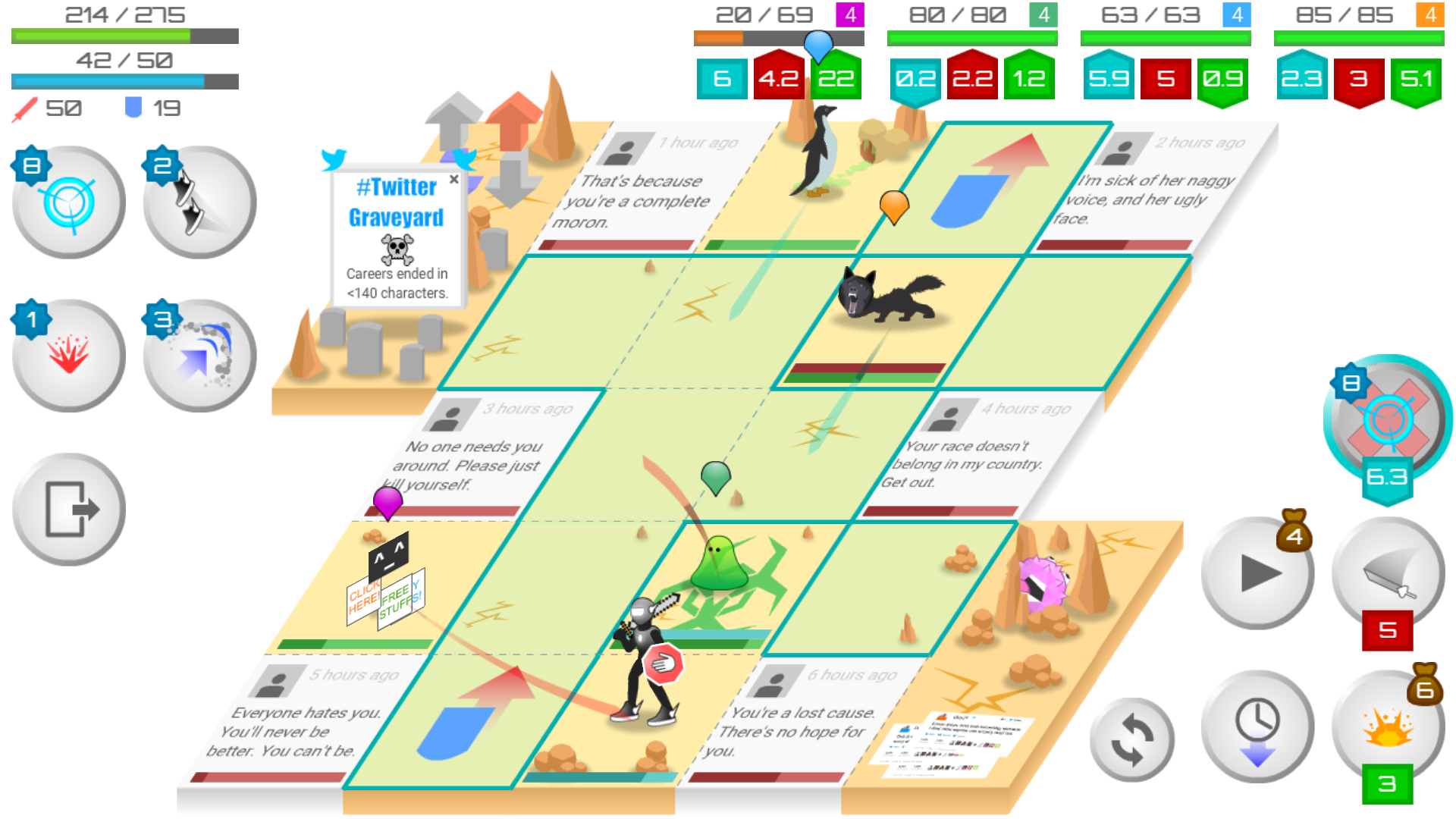 Gameplay in Rage Quest resembles a traditional tile-based RPG, but has some unique twists. Instead of being strictly turn based, combat is real-time, and actions revolve around charge (time to use) and cooldown (time to reuse) timers. This marries the strategic elements of methodical combat with the thrill of quick thinking. Instead of having a skill tree that the player linearly progresses through, the player will be allowed to acquire any of the dozens of item and abilities in any order. Though, amongst these differentiators, the joyful staples of an RPG are still present: 4 worlds (each about an hour long), branching paths, sides quests, NPCs, loot, bosses, and customized stat growth. 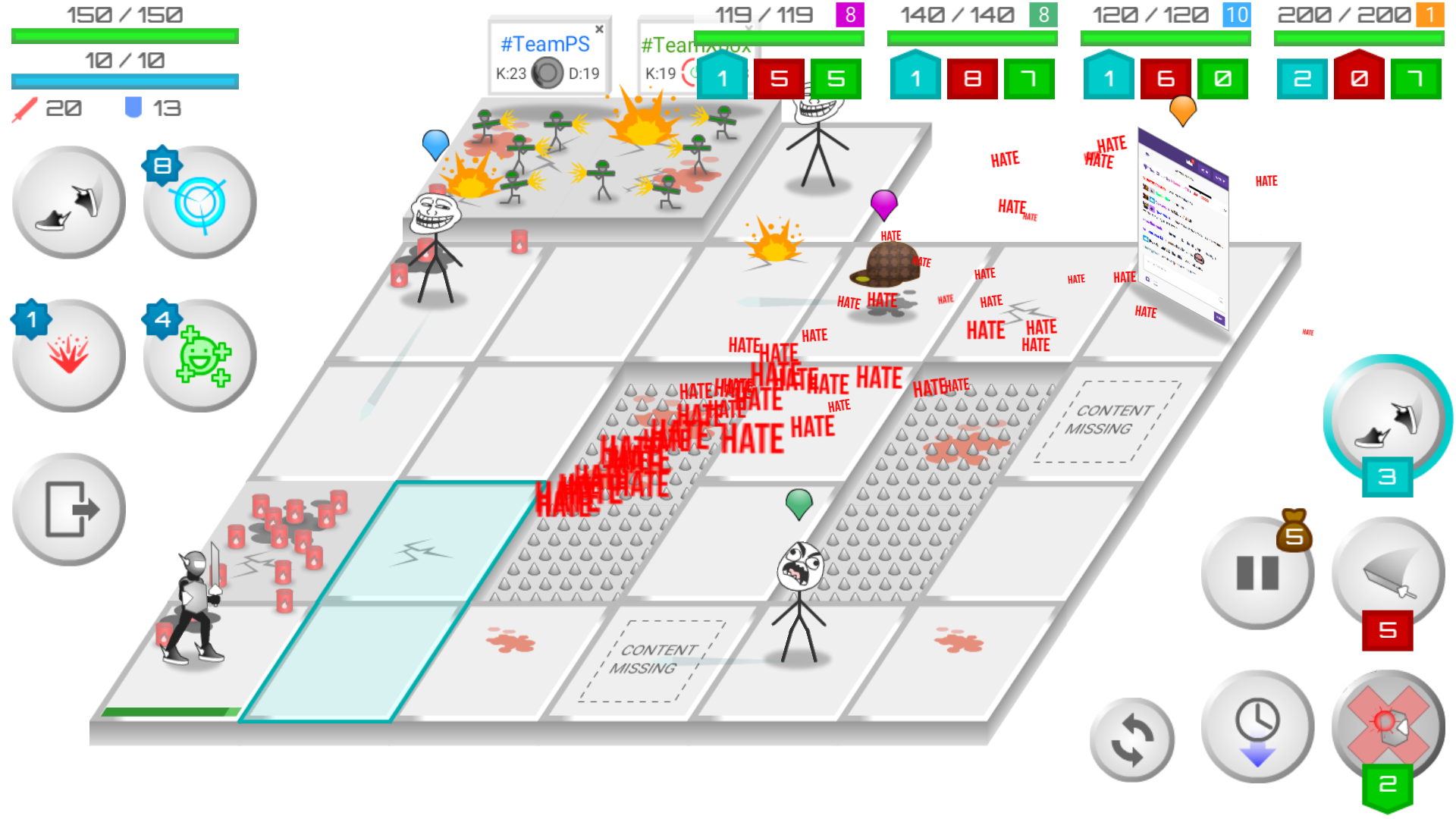 Sometimes the Twitch chat shows a lot of love, sometimes it gets a little spicy.

Rage Quest was developed by solo indie developer Nicholas Fisher out of Toronto, Ontario and it's his first commercial release. It will release on November 8th, 2017 for Mac, PC, Android, and iOS via Steam, itch.io, Google Play, Apple App Store, and the Amazon App Store.