Trier, June, 9th, 2015 - Team Stendec has released the run and gun game "Angus hates Aliens " in Europe on the PSN store as a PlayStation Mini, which means that it is playable on PSP, PS Vita and PS3. Release in North America is to follow soon.

Redneck Angus has to save the world from ...yeah you guessed it. At first glance, our hero Angus seems to be as dim as a glow worm's armpit, but to save the world he has to get from his cozy couch and get his guns in row, he is our only hope. Though the situation looks like a pretty straight forward run and gun scenario Angus has to make a lot of tactical choices along the way. He also has to choose his weapons with care, you never know when you run out of bullets. Angus hates Aliens is all about reaction and tactical choices against a plethora of different enemies. Every enemy and every situation requires Angus to think about specific approaches making this game more tactical than your usual shooter. Keep your finger on the trigger, think first, then shoot and Angus might get out of this mess alive.

As a judge from independent games festival has put it: >> You've got the total package here. It was really fun, and I didn't notice how long I'd been playing until I got my first death after taking the car to NY. [...] Great game, best of luck going forward with this project! << 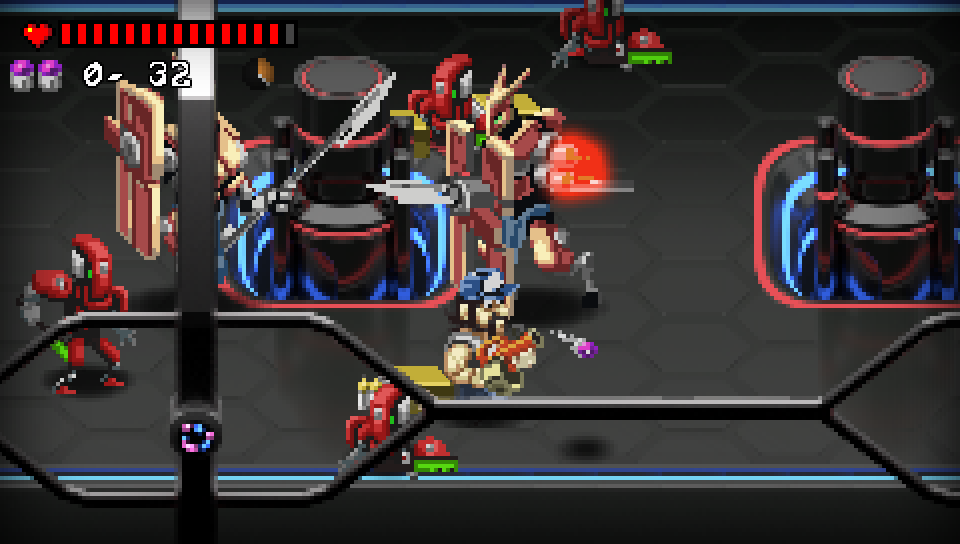 Team Stendec is a small independent developer based in Trier Germany. It has been founded by two university employees out of which one is a professor has been a full time game programmer (Splinter Cell, Army of two 40th day, Ironman). Web Site: Team-stendec.com

When the US release comes, expect me to be one of the first buyers!