Quick update on whats going on, fixed the sky and more...

Posted by ImperialTechnology on Apr 4th, 2017

Ok so, as I stated before this is only my 2nd map, and i'm kinda learning on the go so please dont expect alot :)

Added in Both TIE Fighters and TIE Interceptors, and replaced 2 X-Wings for 2 Y-Wings

Why did I do this? Although the empire may have the upperhand ground wise, they completely loose in every format airwise, Having 4 X-Wings, and 4 Speeders, and 2 A-Wings all of which are more than capable of ending the life of a TIE fighter pilot is a bit much, so I in turn put 2 Y-Wings instead, something slow and easy to be picked off, also something that can counter the several ATATs (lets not pretend again, that the empire does not have a huge advantage ground wise as the rebels have literally nothing (other than vanguards currently) to counter them with)

Second thing, i've changed the sky to be much more jakku styled. Using [GT]-Gogie (steam/moddb D.Onizaki) (thank you so much for allowing everyone to use your assets) tutorial and scariff sky texture, I was able to create a large scale battle in the air. 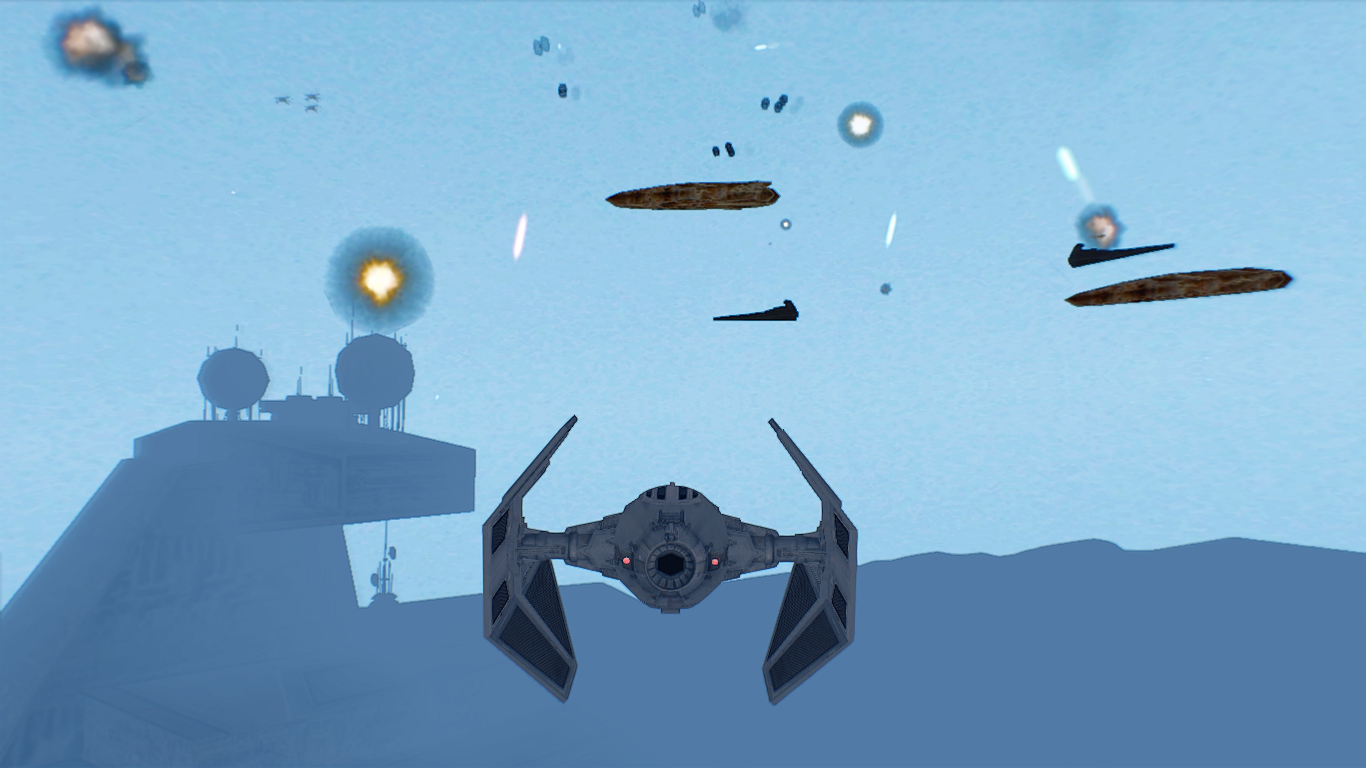 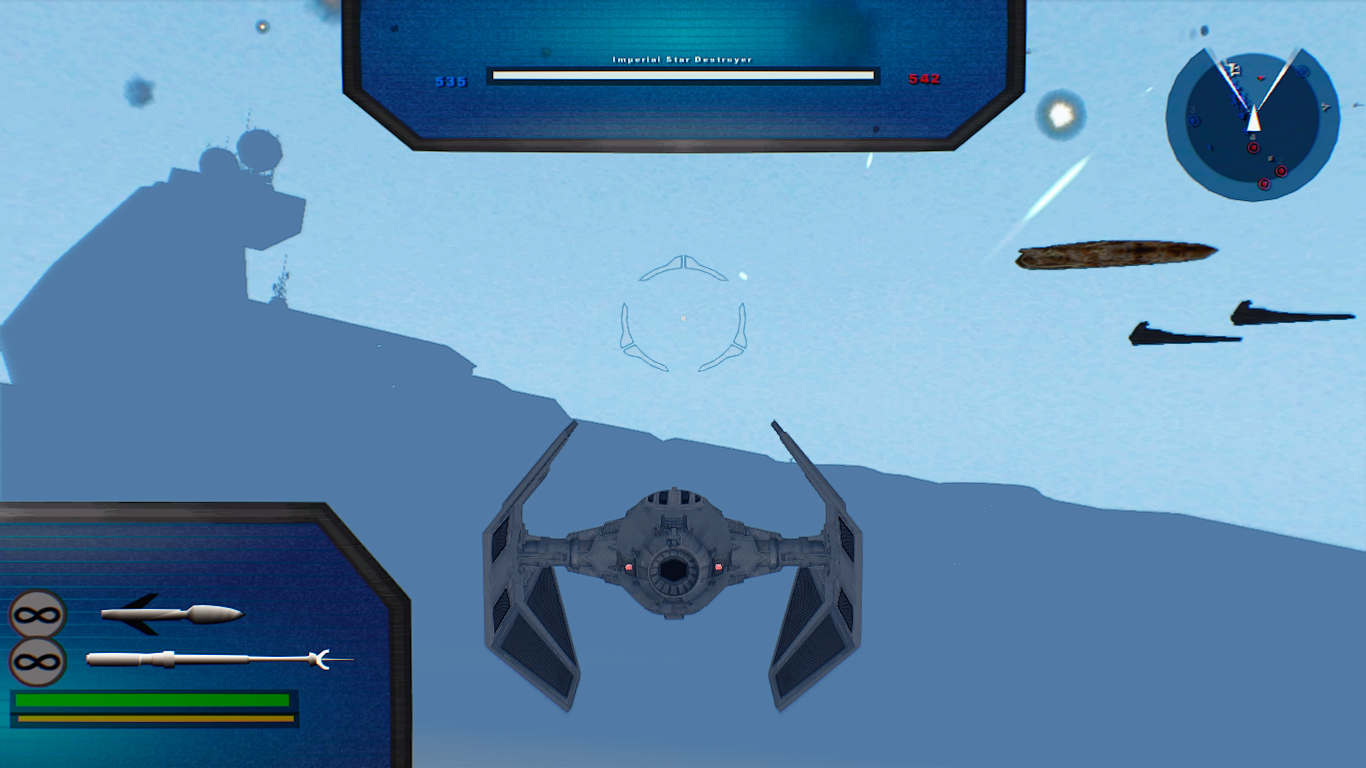 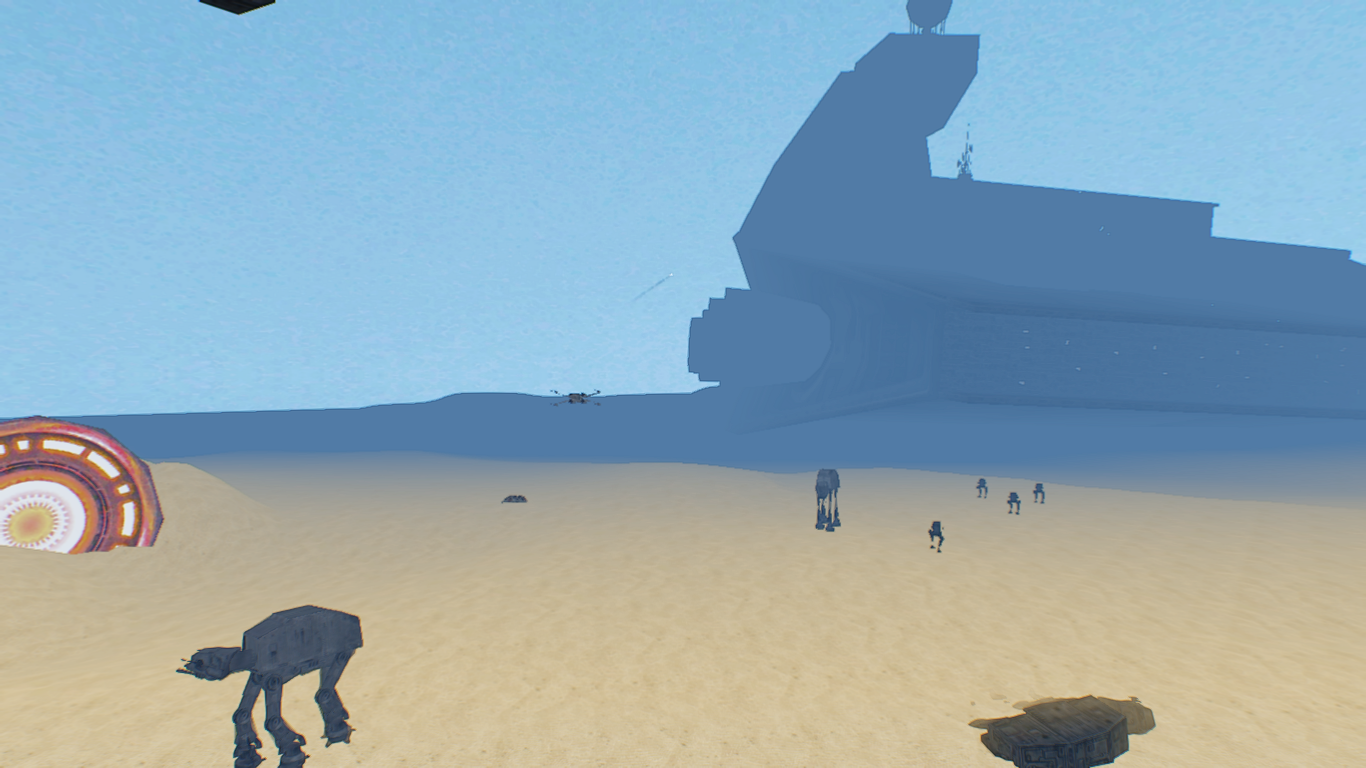 So that's pretty much all for this update, more coming soon, hopefully I can get an early alpha out this week, maybe not, some weird things have been happening on the far sides of the map, terrain that I did not create appeared, plus my sound issue persists...and the factor of effects blatantly refuse to go anywhere on the map, but all that will be dealt with in due time!

P.S. Im looking for 2 things, 1 a good super star destroyer model, 2, a good gallowfree transport model (for some reason, the fly_ model of it which was perfect for my needs renders in zeroeditor, but not in the map). If anyone is able to tell me where I can find them, please may you give me a link to them! :)

Wow! Cool!
The ship that appears in the last picture... it is possible to get inside?

As of right now, no, however I may create a hanger bay like rey went into during ep. VII as an easter egg, idk.

It would be, however the amount of things that's needed for the mod before I can even dip into that is a lot .-.

However I will most definitely take this idea into consideration for the final release!

I tested the alpha 0.0.1 and, it's a good map, but my problem is that too big and I get bored when I move half map and only find three-five enemies, maybe you should put more command post to generate more soldiers. (sorry if my english is no so good, I am from Colombia)

Its fine, and I agree with that issue, I have been working to rectify that, i did actually increase the number of units on the map, however it appears that more CPs are needed as well (6 is a small number for such a large map to be fair)

maybe you should add more amount of speeders and transports.make transports(like AT-AT and gallowfree) also make sure to have support for more reinforcements and AI bots on the battlefront.It may be good to have new Starfighter models like TIE Defender and B-wing's.

Well, ironically, those are all things i've already added into what will be the next alpha release :)

Regarding the Defender and B-Wings, I need a bit more insight on something, but I may or may not add in some new major features to make it more...interesting

Love the mod so far, keep it up!