You've released your alpha demo. You have 20,000 users telling you what to do. What do you do?

The few weeks since we released the public alpha test demo have been very exciting for the team over at Dejobaan. Twenty thousand users have downloaded the alpha, and several times that many have visited our website. If you aren't one of them, go here now!

As you might have read in past dev diary entries, our goal with the alpha was to improve the graphics also evolve the gameplay. What do we do now?

Slashgamer (/gamer) interviewed us at the Independent Game Conference East, over at Northeastern University. It was there that AaaaaAAaaaAAAaaAAAAaAAAAA!!! - A Reckless Disregard for Gravity had its first grand exposure to the public:

Not too bad. Let's hope, when they post the interview, we look good. So, what are the users saying? Here's a conversation from N4G:

Step 2: Listen to Repeated Suggestions
We also asked players who finished the alpha to comment on our blog. In game dev, sometimes the most useful comments are about the little things:

When a third of our feedback all tells us the same thing, and it makes sense to us, it's something we're going to add. Similarly, we originally left the menu controls rough, because, well, it was an alpha. Ichiro admits that this may have been a bad idea:

Oops. People though that we left that in because we sucked at UI development. However, most users seemed to like the theme of the game:

Not everyone's cup of tea, but we got many more thumbs-up than calls for something different. And take a look at the last comment -- even though it wasn't his thing, this is the kind of feedback we're looking for! So, what's next?

Step 3: Build the Beta. Make People Happy.
Small order, eh? It's 2:47am, and I haven't slept in a while. Penguin steak. Molybdenum. Ruth Bader Ginsburg is my sexy fries. 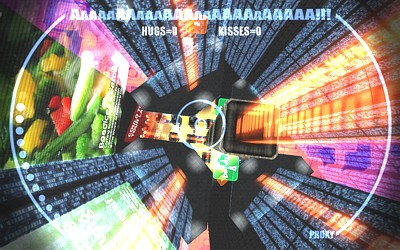 I loved the alpha too. I know this sounds crazy but I'd actually like to see some even tough levels. The alpha 'mountain' level was a little difficult at first, but after the 2nd or 3rd try I could ace it.

In fact, on the last level of the alpha I was eager to go through the map because near the bottom I saw hundreds of red squares. When I found out they weren't separate buildings, I was a little disappointed. Either way I'm overly satisfied with the design of this project and I much look forward to a beta.

The alpha was teh awesome! :D

I know, I hate it too, but if you live on the internet, you're going to have to get used to it. It is indeed unfortunate, but the time for change has long since passed

Downloaded the demo but it crashes as soon as I try to launch it with the error:

"Invalid pointer or handle in"

it's a alpha.. not a demo!
If you're running vista and are an administrator, right click the .exe file and choose Run As Administrator, this should make it work :D

Parachute looks weird when you look up, premature parachute deploy is a problem, wish I could "undeploy" it and kill myself. Would be alot quicker.

After a level if I know I haven't reached my disired goal, but still want to check how much I scored, I don't want to wait too long for the score to pop up.

What was the UHF reference? Granted, I've only seen it once or twice unlike it's cult fans, but I still am surprised I didn't notice it

Alpha was probably one of the most fun things I have played in a long time.
Can we have more now please :)