The 1.6 update for Air Master 3D adds a new renderer to take advantage of OpenGL ES 2.0 on the iPhone 3GS and 3rd gen iTouch! Shaders and increased processor speed allow for effects like rippling, fully-reflective water and dynamic volume clouds.

The 1.6 update for Air Master 3D adds a new renderer to take advantage of OpenGL ES 2.0 on the iPhone 3GS and 3rd gen iTouch! Shaders and increased processor speed allow for effects like rippling, fully-reflective water and dynamic volume clouds. 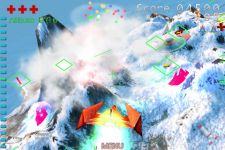 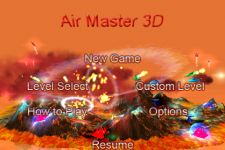 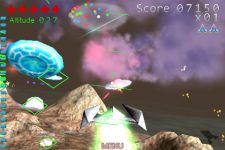 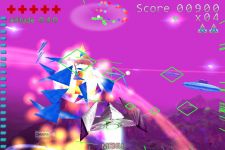 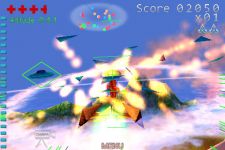 Available for iPhone and iPod touch.
See what people are saying about the game in our Reviews section!

Usually indie developers post games here because they want to show people who appreciate modding and indie games. However, I think you are just posting it here to sell your game and use ModDB as a marketing tool. While your game does look cool, that's not cool in my book. Is your game moddable? Then I would understand.

Well, hang on a moment, in my defense:

1. The "buy" and "try" links were originally inserted by the moderator who approved one of my previous news posts... I would never have placed those there myself, as I didn't think it was appropriate for this site, and seemed too much like an advertisement. I've kept it in, though, because I think it looks more professional than the original I submitted.

2. I looked long and hard before deciding to add my game to this website, because I wasn't sure if non-mods were allowed... though it seems that the site is trying to be inclusive of those (and mobile games), so I went ahead.

3. The game is for the iPhone, so having it be moddable would be a large effort... and could result in it being pulled from the App Store. I barely manage to do this in my spare time, so I hope you'll understand. I have a great appreciation for moddable games - I got my start modding the original Jedi Knight - but they do take extra work, especially for a one-man team.

4. I make around $2 a day on this game, so please don't assume that I am some evil marketing machine. I doubt any appreciable number of people have seen my listing on moddb and then run off to buy it... The game was even free for the first couple months it was out, and now that it's not it has an ample free version.

I'm just another indie dev, and I like to show off my work to people for the same reasons as anyone else. It'd be a disservice to not show off my releases whenever I can, as then no one would ever know about my game or play it.

If it were about money I'd find something else to spend my time programming, I guarantee you. As it is, I've spent the the last 7 months releasing several updates for this game (despite it not making money) based in large part off what my users have asked for... sure, it's not modding, but there's nothing "not cool" about this. So, live and let live, please. There are bigger and more deserving targets than me out there.