dhk Games is releasing the first article of an upcoming series about AI Enemies in FPSC today, showing AI means absent intelligence and that it can be improved.

A weak point that especially FPSC made games have is the AI, the artifical intelligence. It controls the enemy characters. It oftenly appears to be rather Absent Intelligence. So we are introducing our article series, the AI Monkey, today. There are way too funny scenes that AI sometimes produces during the game creation process that we just cannot hide from you: Here he comes, the AI Monkey

A good point to start with is the animations of enemy characters. Each character has a bundle of different animations (walking, running, shooting, ducking, etc.) at hand. The AI script then tells the character in-game to run one of the animations of that bundle, and that creates the illusion of real movements performed by real enemies. 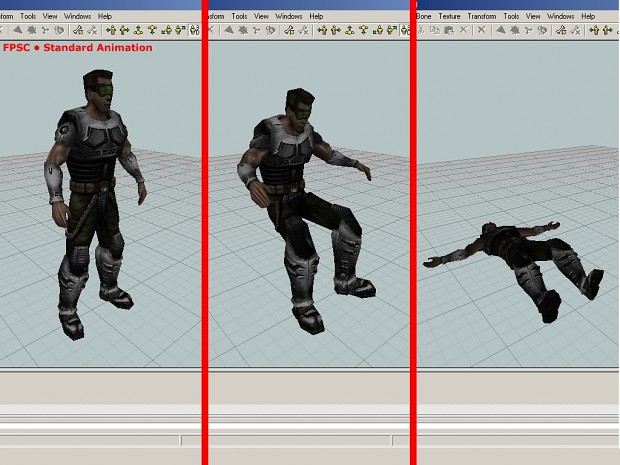 Does not really look too lovely, and not realistic, does it? Lying with his arms stretched on the floor? We've created a whole new death animation to cover that lack of beauty: 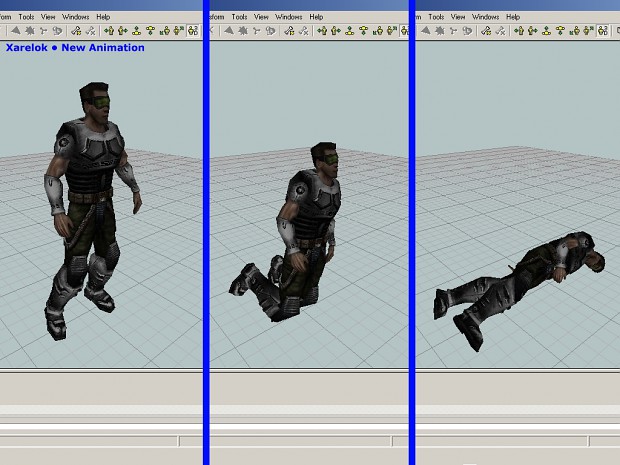 Ah, that already looks a lot better! He first falls on his knees, and then goes down to one side. Fine boy, for that he'll get a banana from us!

Im sorry, I dont mean to troll here but I fail to understand how swapping an animation for another has anything to do with AI.
Perhaps the post needs to be expanded to explain further the relation between the two things?

I just making a guess here, but basicly the way to show an AI interaction is by playing an animation, I guess that they mean that the improved the AI by allowing it to do more action by playing more animation, or something like that

Well yeah, FPSC's AI sucks. And it's stock biped animations suck. So far, you've only solved one of these problems. But it's the problem unrelated to this article.

Ok, understanding the critics, should have made it clear: It is meant to be a small series of articles in the future, so indeed, there's quite a few work left for us :) Also, I think AI is more than just the bare script. If you want, you can see it like we'd like to show you what we're doing on the AI Monkey himself :)