A layout of the current progress of the flash version of Agartha as well as features that are planned for the next version.

You are Kuro's a bottlenosed dolphin, throughout the seas of Agartha you will find Lemurian devices created for cetacean's: Dolphin's Orcas ect... These Lemurian devices consist of Shields, Laser Blasters, Photon Torpedos, Health Jars, and Air Jars. Items are all consumable, meaning when you use an item you will need to collect that item again if you plan to use it.

As a bottlenosed dolphin you will be required to find sources of air. Air can be found by swimming toward the surface, finding air pockets, or finding plants that release air. Health Jars and Air Jars are used for replenishing your Health and Air respectably. You can replenish your health other ways by eating fish or consuming the contents of a clam. Because you're going to need to constantly replenish your breath, you will need to pay attention to the air bubble located next to the health bar. When you run out of air the air bubble will blink and make a sound indicating you need to find air soon, if you wait too long your health will subtract and ultimately your character will die. The shield item provides air, so if you're using the shield you don't need to surface for air! 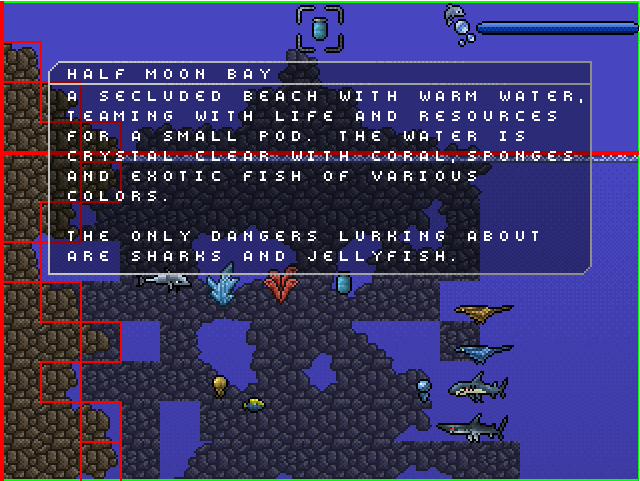 It has been a hectic process porting Agartha from HTML 5 to Flash but the effort was worth it and here is what you can expect once the next playable demo of Agartha is released: 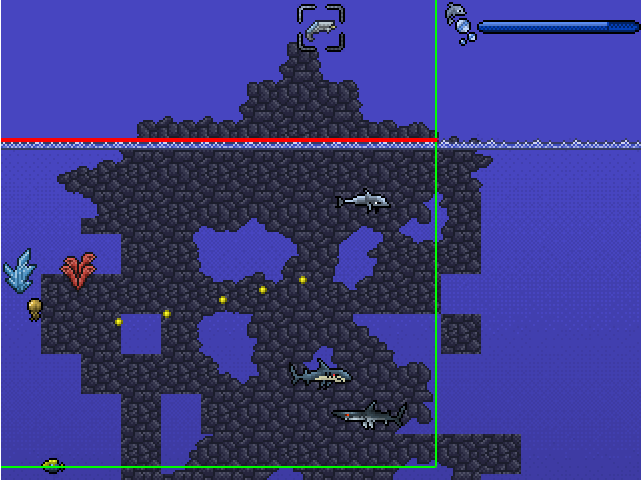 The next version of Agartha will have a few new features that will blow away the HTML5 playable demo, some of the new features expected will be: